Home » World News » Pelosi does a SHIMMY as she bangs her gavel to pass Biden’s relief bill with $1,400 stimulus

Pelosi does a SHIMMY as she bangs her gavel to pass Biden’s relief bill with $1,400 stimulus

The 80-year-old House Speaker – donning a cream blazer, blue top, and blue-and-white face mask – shimmied as she announced that the landmark bill was passed as 220 to 211 votes. 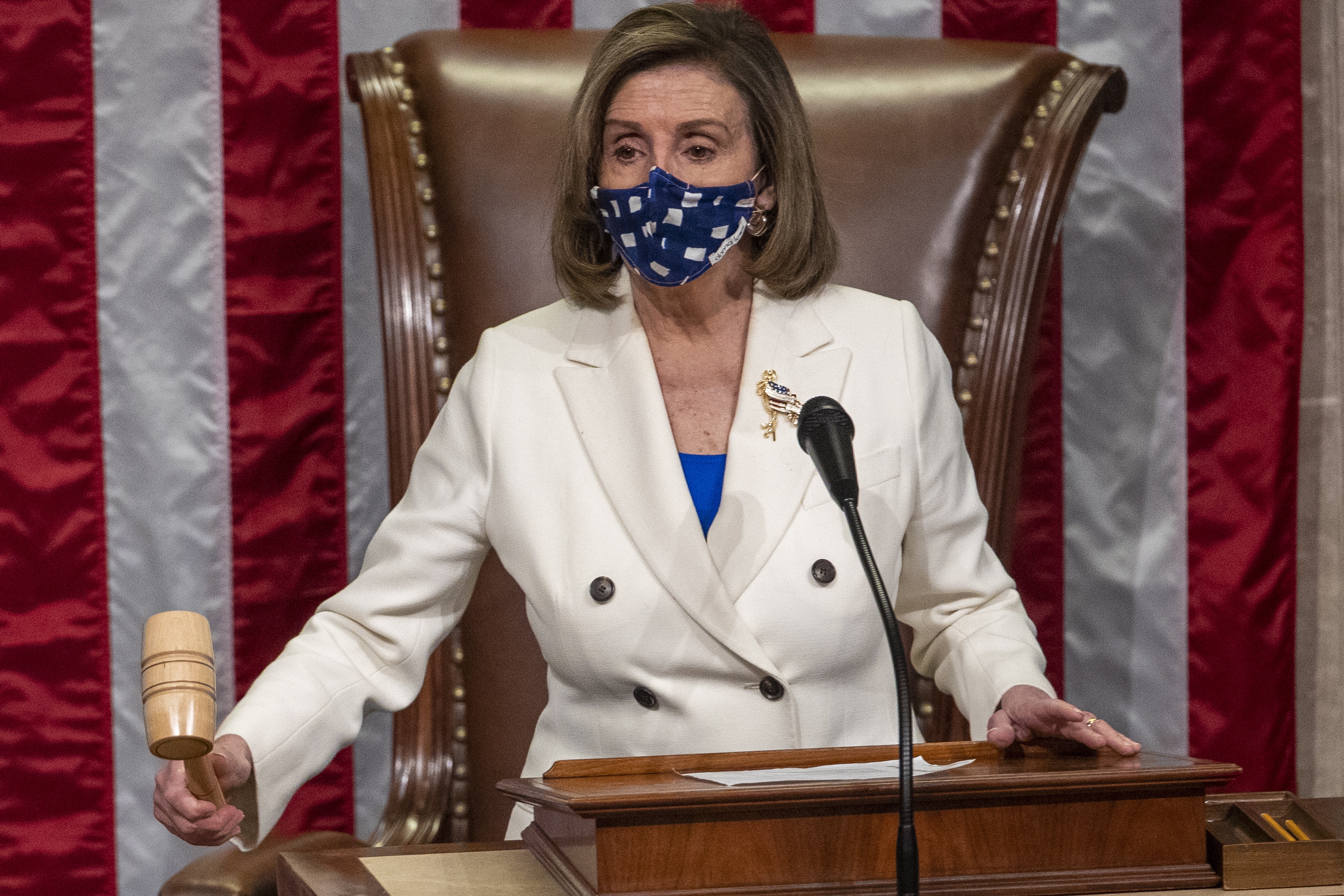 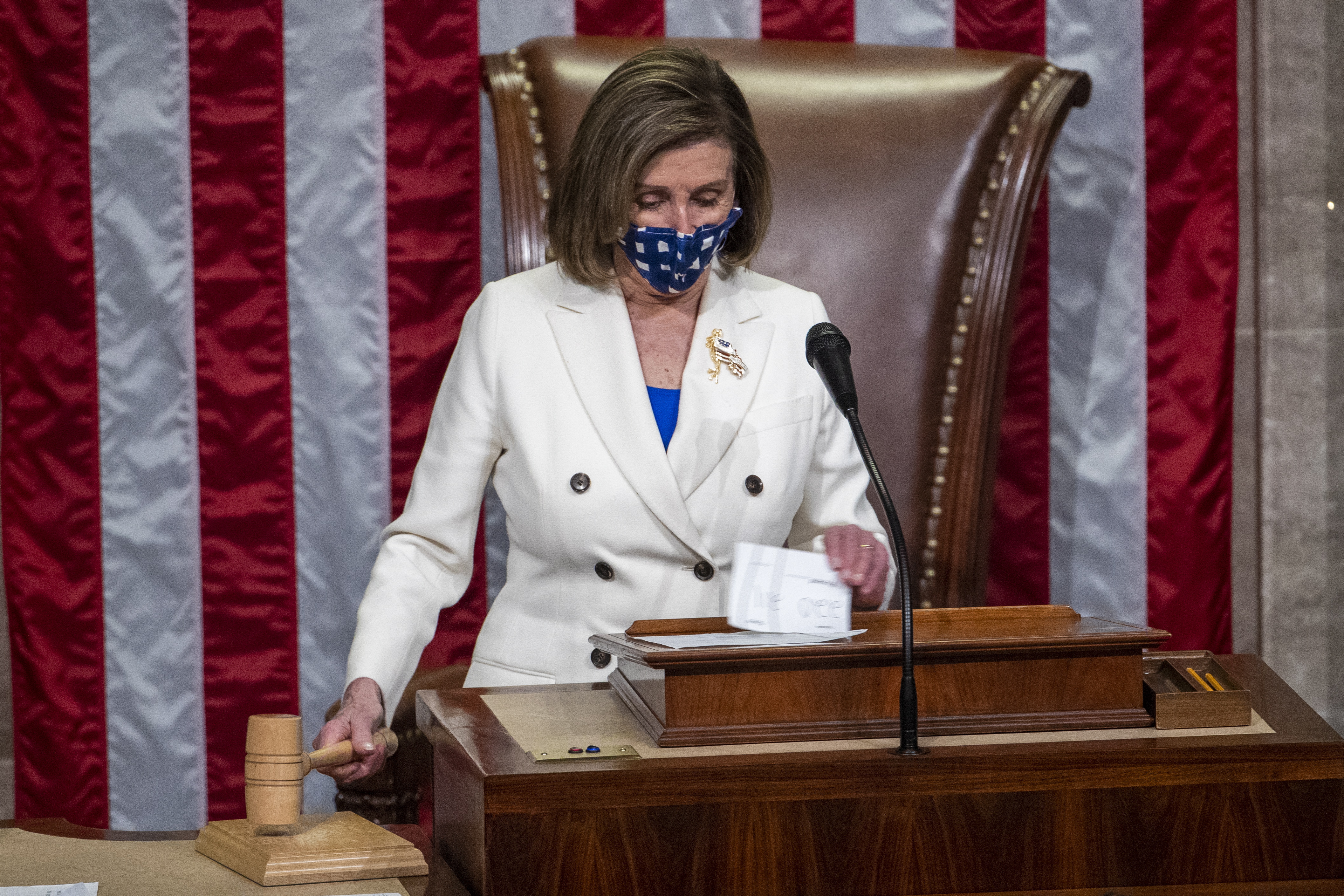 House Speaker Pelosi hit the gavel just before 2pm local time, appearing to shimmy as she passed the bill.

"On this vote, the yeas are 220… the nays are 211. The motion is adopted," Pelosi said before quickly moving her hips side-to-side.

Christine Pelosi wrote alongside the footage: "the shimmy at the end …"

One Twitter user thanked Christine for sharing the clip and wrote: "missed that shimmy when I was watching this live. Thanks for recording this."

Another commented: "Her little shimmy made me happy for the future." 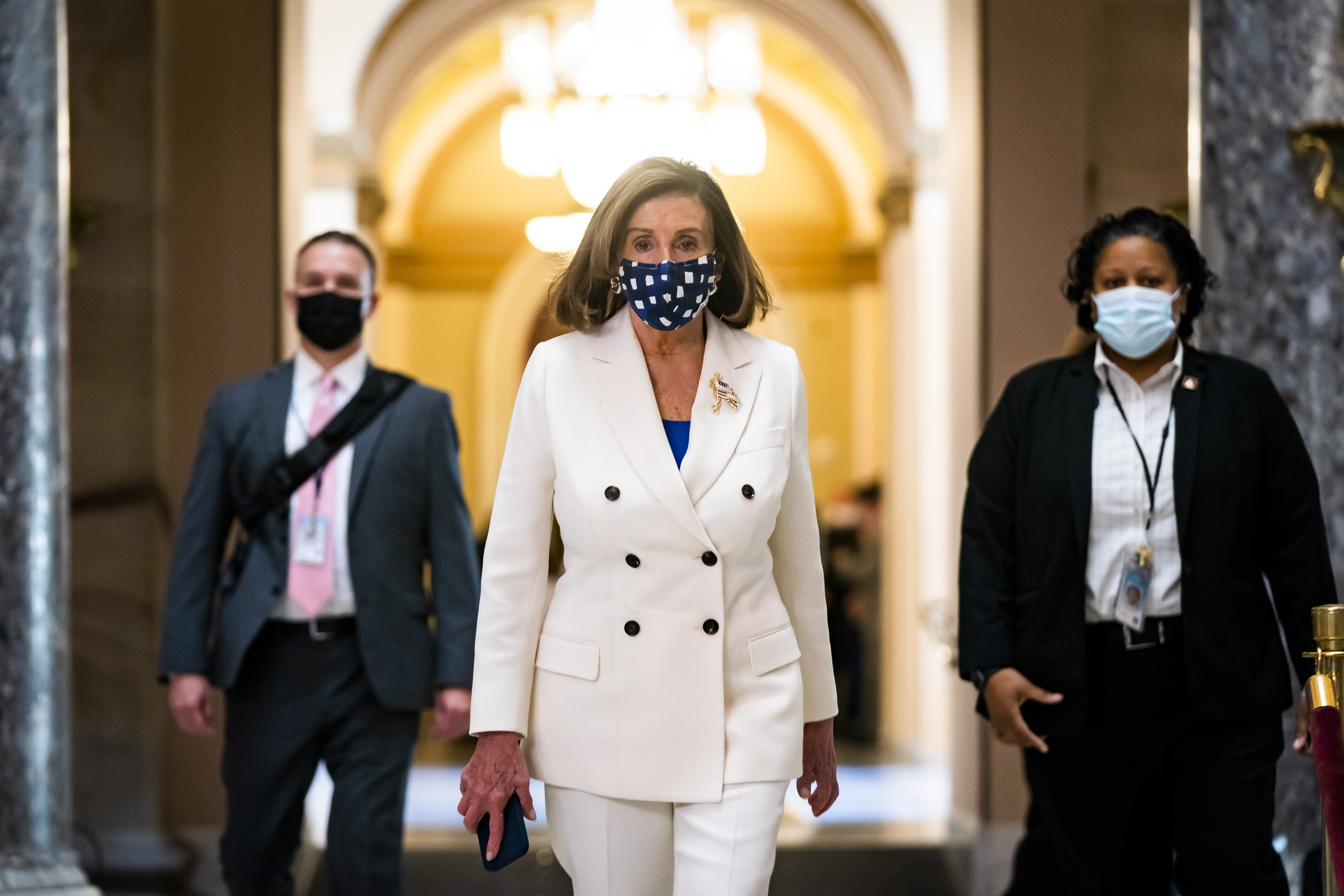 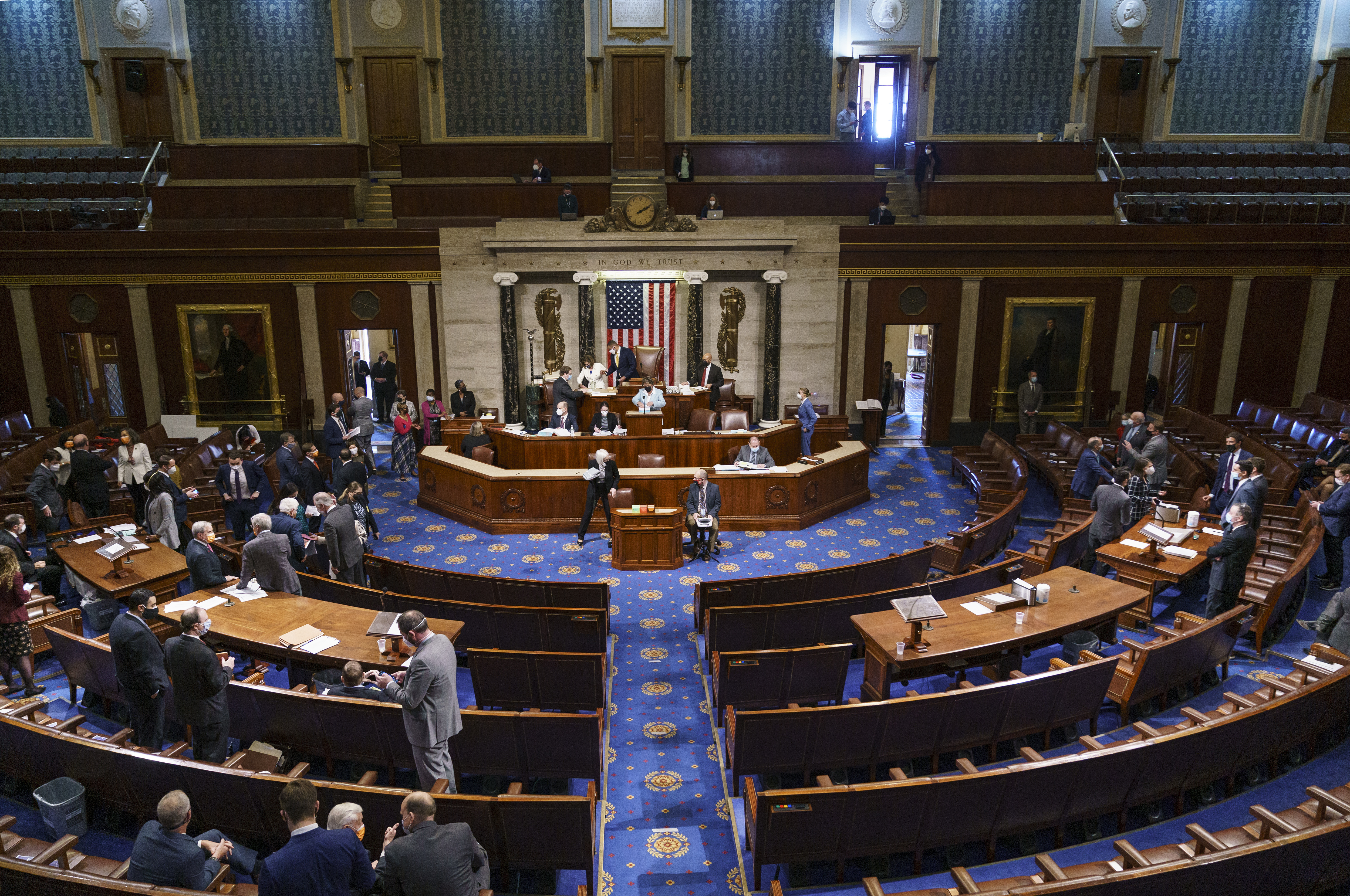 The bill was described by Pelosi as: "A remarkable, historic, transformative piece of legislation which goes a very long way to crushing the virus and solving our economic crisis."

After Pelosi hit the gavel, Biden said: "I want to thank all the members who voted for it, especially Speaker Pelosi, the finest and most capable speaker in the history of our nation.

"Once again, she has led into law an historic piece of legislation that addresses a major crisis and lifts up millions of Americans."

In celebration, Pelosi tweeted: "Today is a day of great progress and promise, as the House prepares for final passage of the #AmericanRescuePlan, so that we can send it to the President’s desk to be immediately signed and enacted.

"We are ensuring that, as @POTUS promised, Help Is On The Way!" 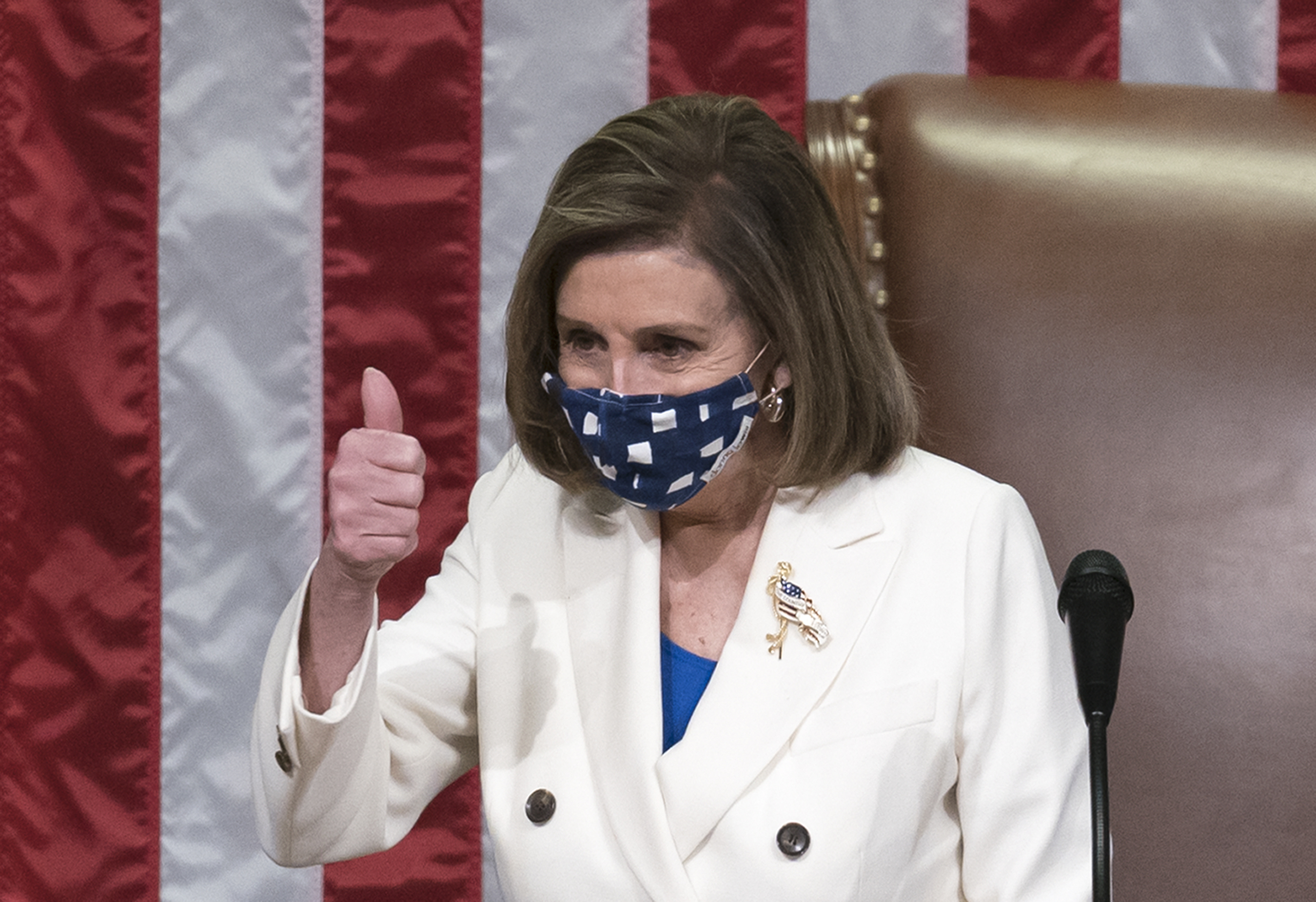 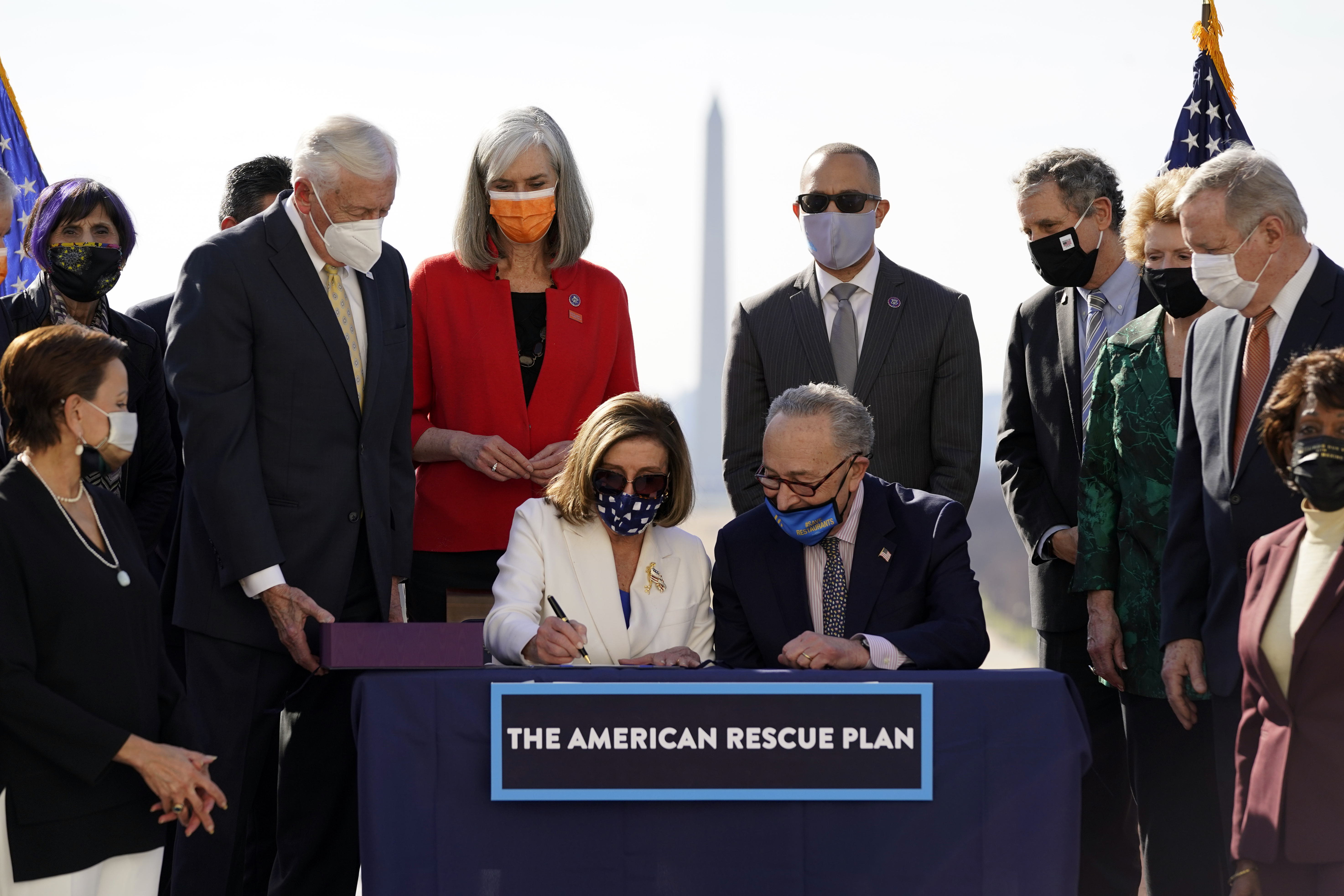 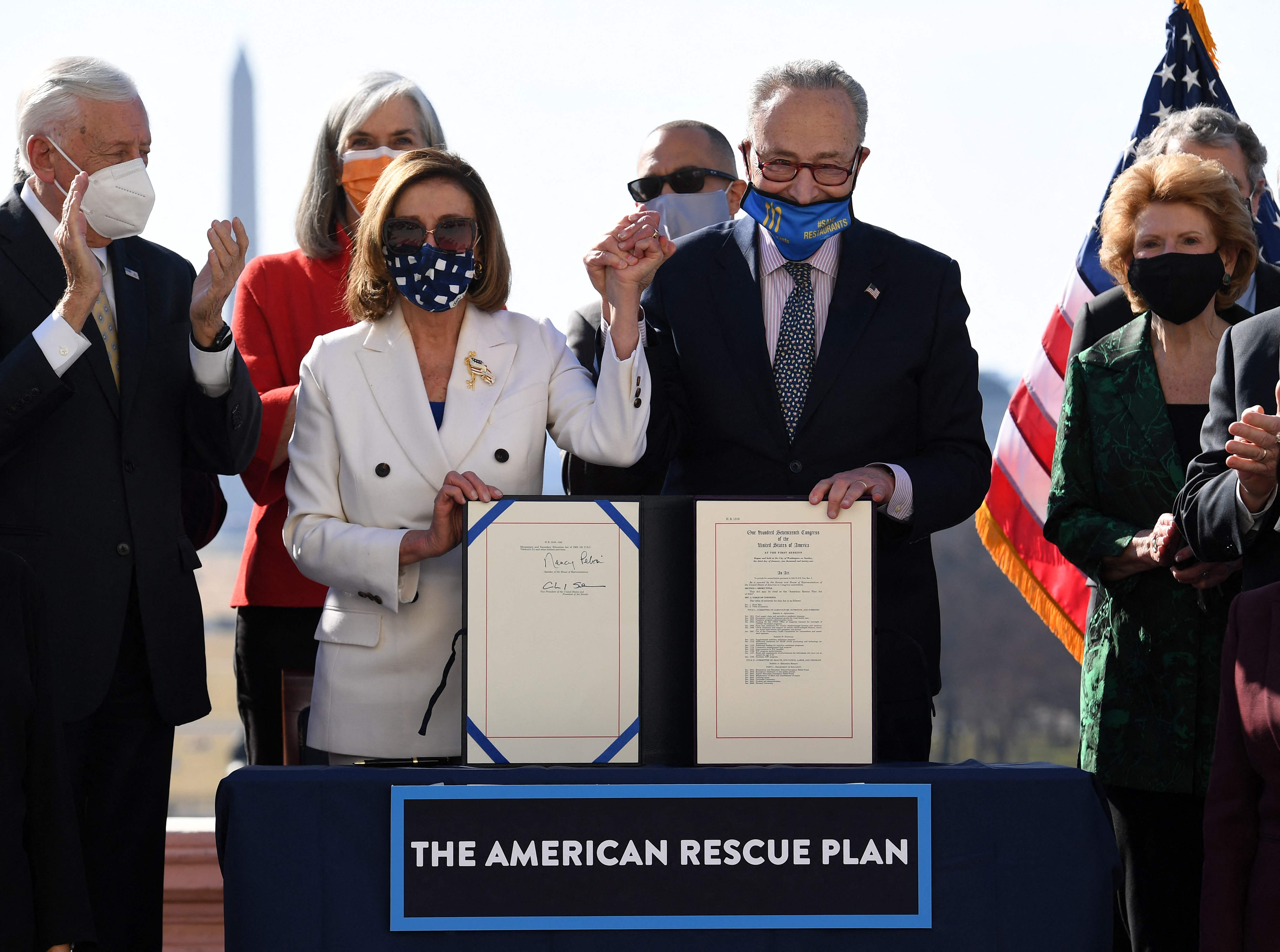 On Wednesday afternoon, Biden hailed the final approval of the $1.9trillion Covid relief bill with $1,400 checks and said: "Help is here."

Following the news an elated Biden tweeted: "Help is here." He also issued a statement saying that American voices have "been heard" today.

"This legislation is about giving the backbone of this nation — the essential workers, the working people who built this country, the people who keep this country going — a fighting change," the president wrote.

All Republicans voted against the bill, with Democrat Representative Jared Golden as the only blue no.

House and Senate Republicans had tried to stop the bill from being passed. 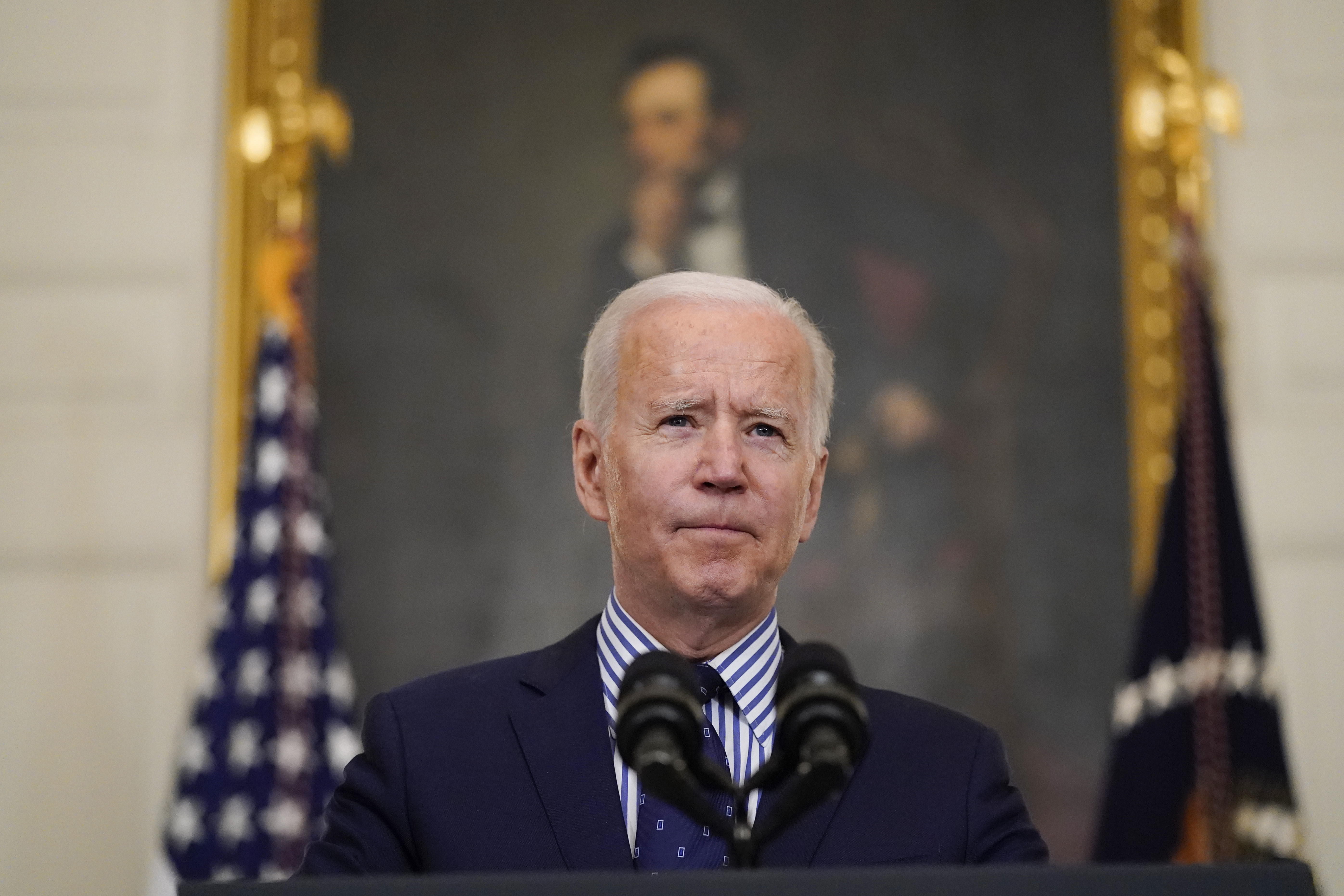 Representative Marjorie Taylor Greene also made a "motion to adjourn" to stop Congress from passing the relief bill on Wednesday morning.

She labeled the package as a "massive woke progressive Democrat wish list."

In the House, Greene officially tried to file her motion to adjourn the vote.

However, just hours after her appeal, 40 Republicans voted against the motion to adjourn.

For Democrats, the bill is essentially a canvas on which they’ve painted their core beliefs — that government programs can be a benefit, not a bane, to millions of people and that spending huge sums on such efforts can be a cure, not a curse.

Biden will sign off on the $1,400 stimulus checks for low and middle income Americans on Friday.