THE PILOT of a US F-15 fighter plane that crashed into the North Sea has today been remembered as an American hero.

1st Lt. Kenneth Allen died when an F-15C Eagle crashed into the East Yorkshire coast on Monday morning while taking part in a training exercise. 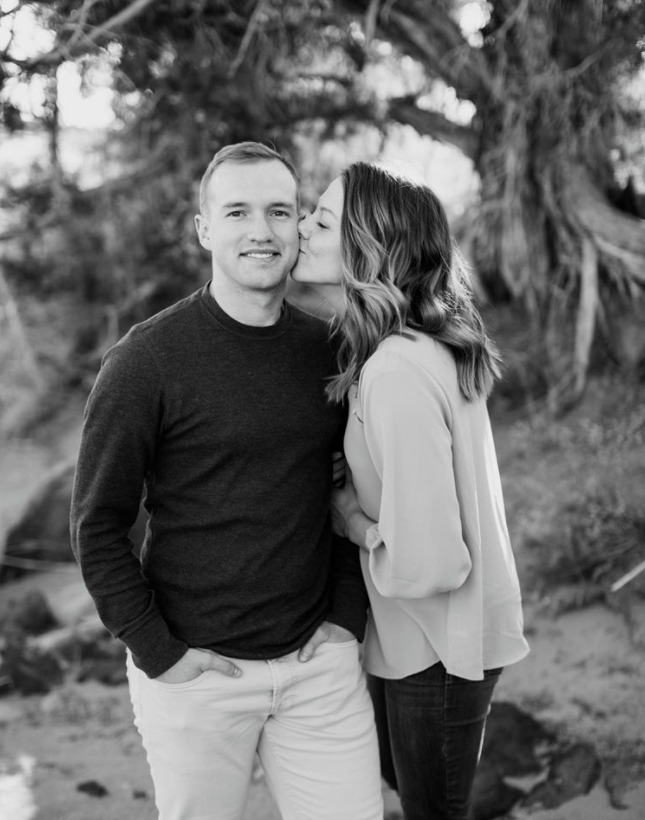 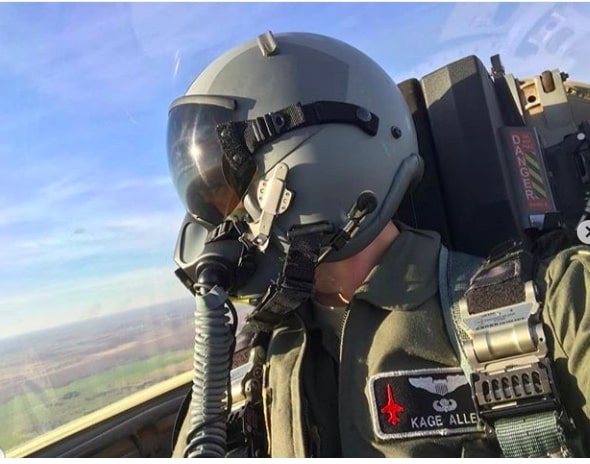 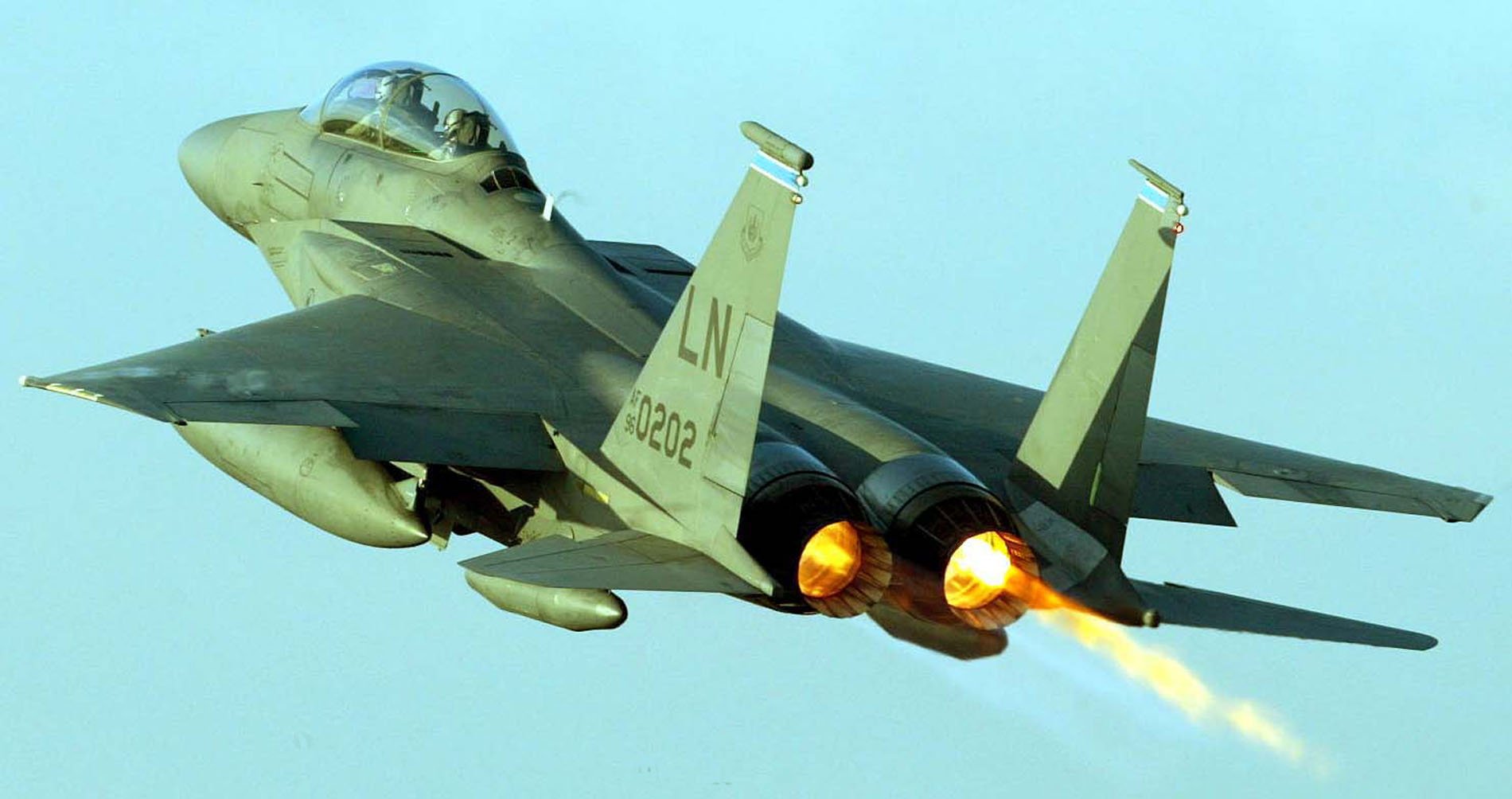 The US Air Force said the pilot arrived at the 48th Fighter Wing at RAF Lakenheath in Suffolk earlier this year and is survived by his wife and parents.

Col Will Marshall said: "We are deeply saddened by the loss of Lt Allen and mourn with his family and his fellow Reapers in the 493rd Fighter Squadron.

"The tremendous outpouring of love and support from our communities has been a ray of light in this time of darkness."

And his cousin said on social media: "My recently-wed cousin's husband Kage Allen was a US fighter pilot and went down over the North Sea on a training mission and has passed away.

"I've always had respect for our military, but it never hit this close to home. I am so grateful for true American heroes like him."

A desperate search for the pilot yesterday unfolded when the fighter plane went down about 74 nautical miles off the East Yorkshire coast.

But despite the immediate search, the aircraft then the pilot's body were found on Monday.

The east Yorkshire and Bridlington coastguard confirmed they were part of the search. 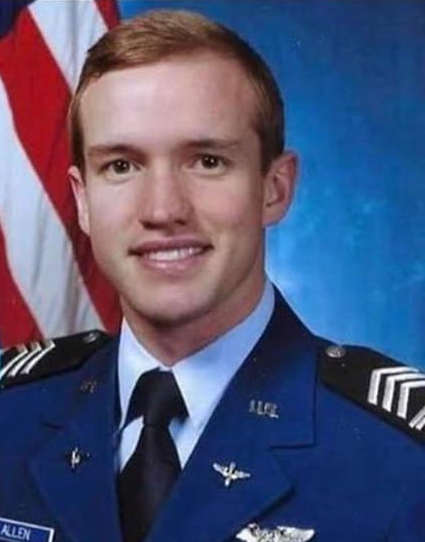 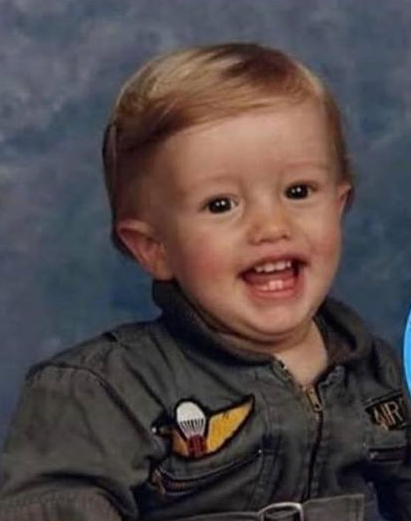 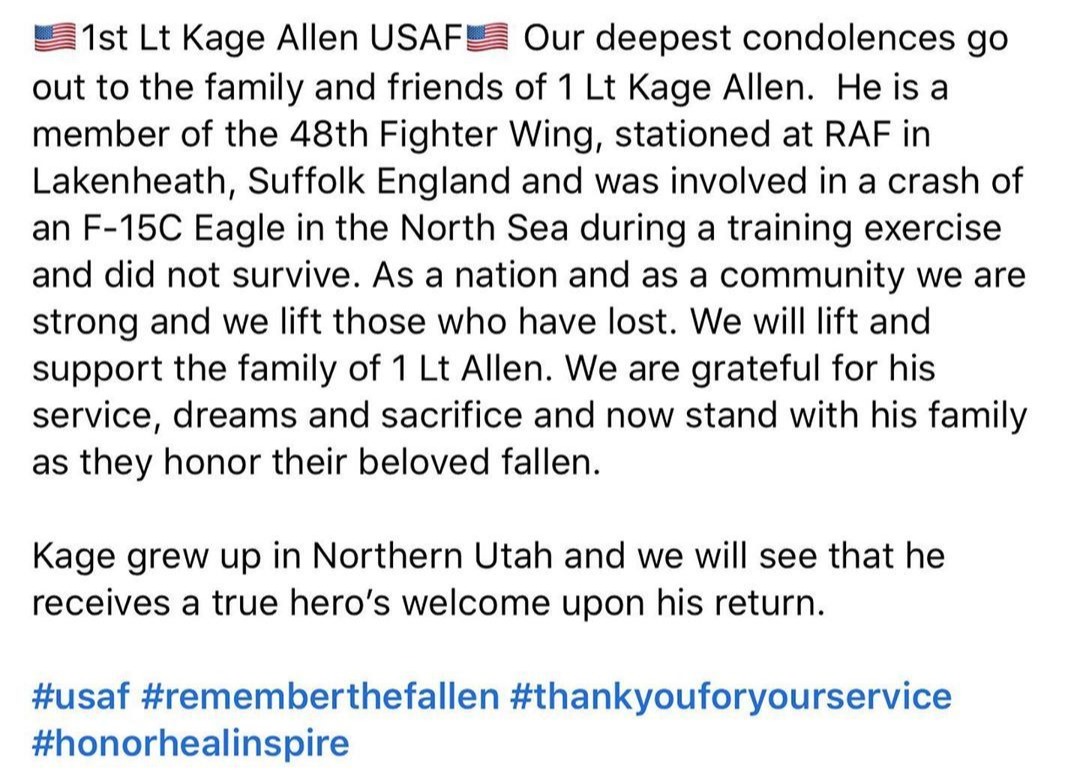 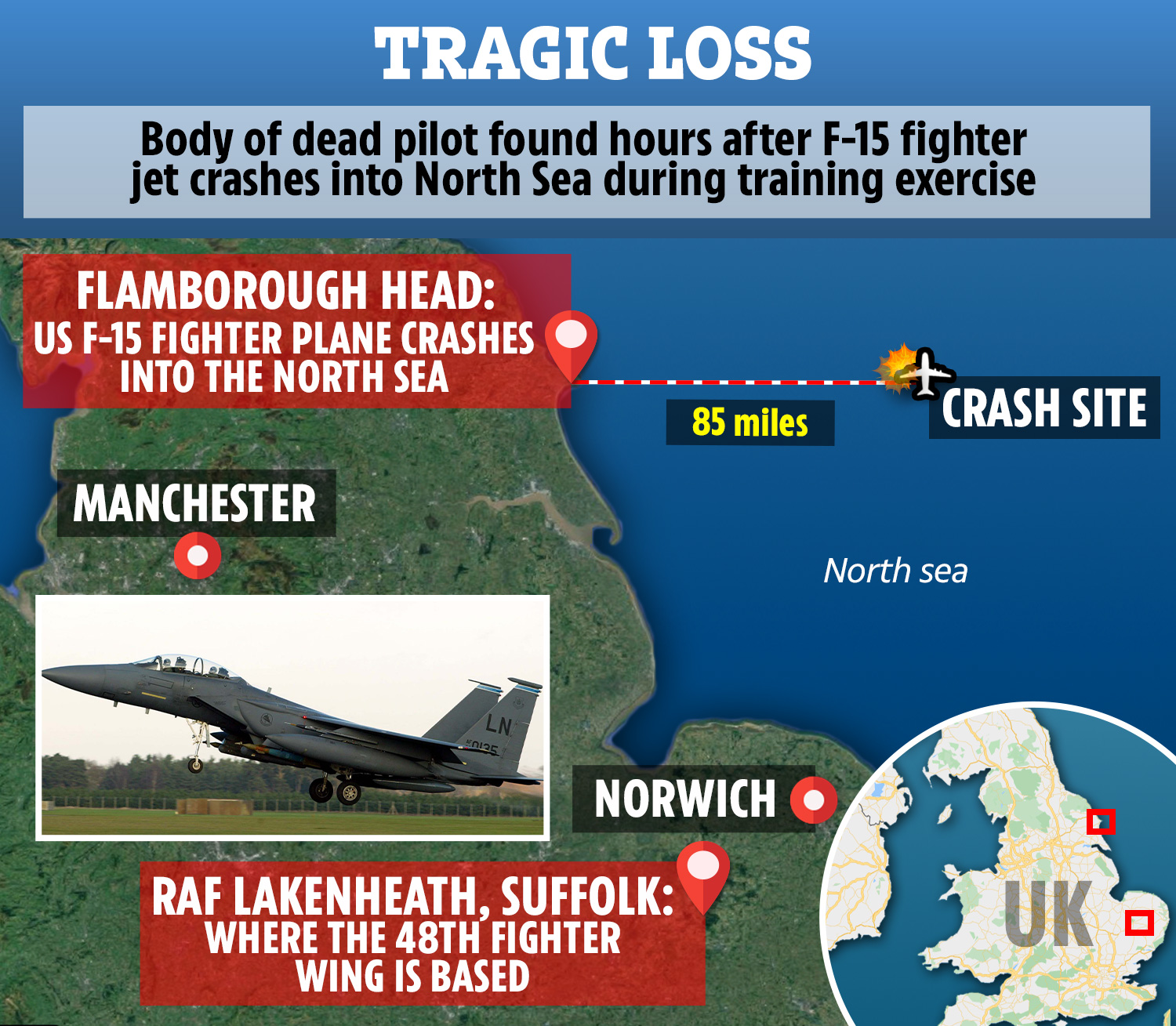 They wrote in the caption: "Ready to take on Monday like… #weareliberty".

A spokeswoman for HM Coastguard said on Monday morning the HM Coastguard helicopter from Humberside had been sent to the scene along with with Bridlington and Scarborough RNLI lifeboats after a Mayday broadcast by HM Coastguard.

They were aided by a fleet of US Air Force search planes including a Nato E-3 Sentry — a surveillance and command aircraft which took off from Geilenkirchen, in northern Germany.

Other planes involved included a civilian jet from Cobham Aviation’s “special missions” division and a flight from the US Air Force 100th Air Refuelling Wing, at RAF Mildenhall in Suffolk.

The search was hindered by thick fog and low cloud, which may have contributed to the crash, although the cause is unknown.

A Met Office forecaster said the cloud ceiling was 200m at the time.

The 48th Fighter Wing is the US Air Force's only F-15 fighter wing based in Europe. Almost 6,000 military personnel are attached to the unit.

In 2015, a US F-18 fighter jet crashed near the town of Ely, in eastern England after taking off from RAF Lakenheath. The pilot was killed.

And another crash saw a F-15 crash into a field, with the pilot surviving after managing to eject from the aircraft in 2014.

In January that year, four airmen died after a helicopter crashed during a training exercise. 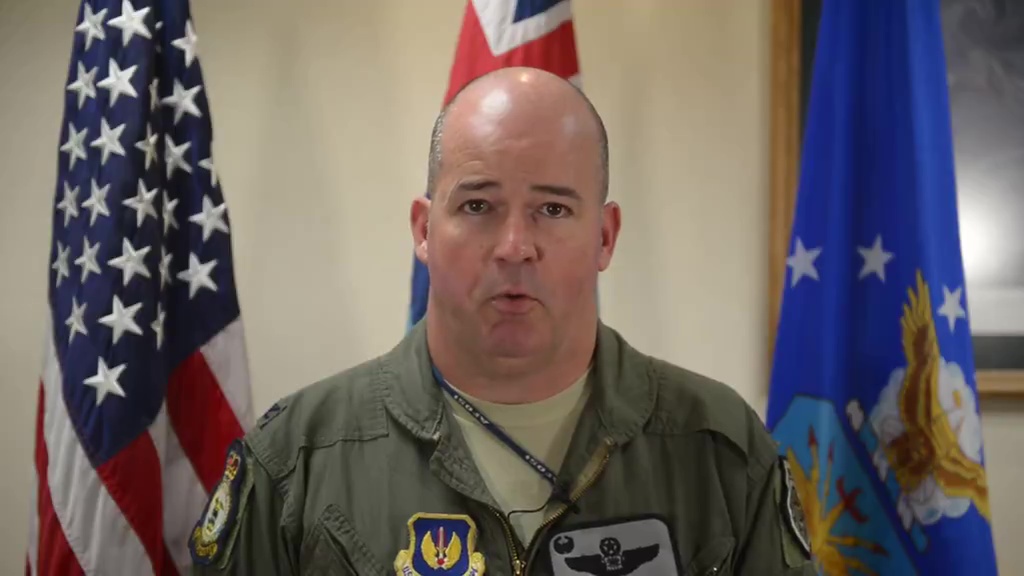 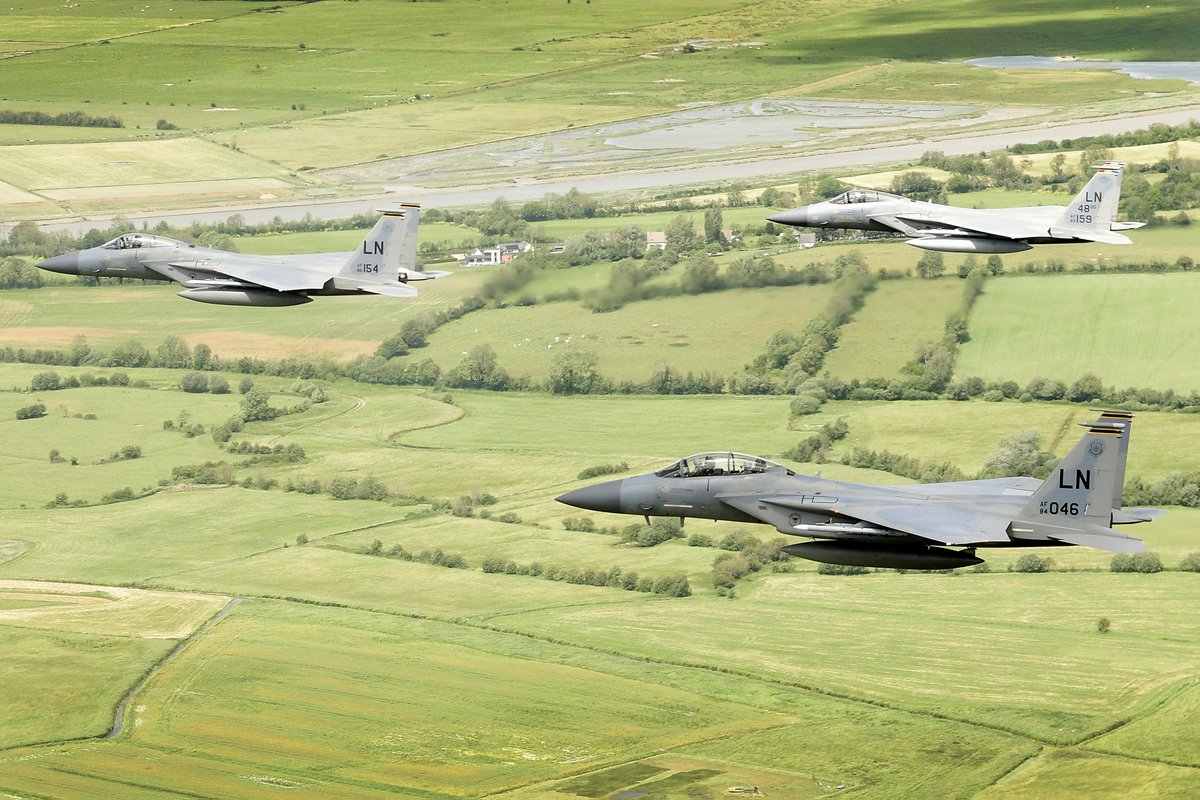 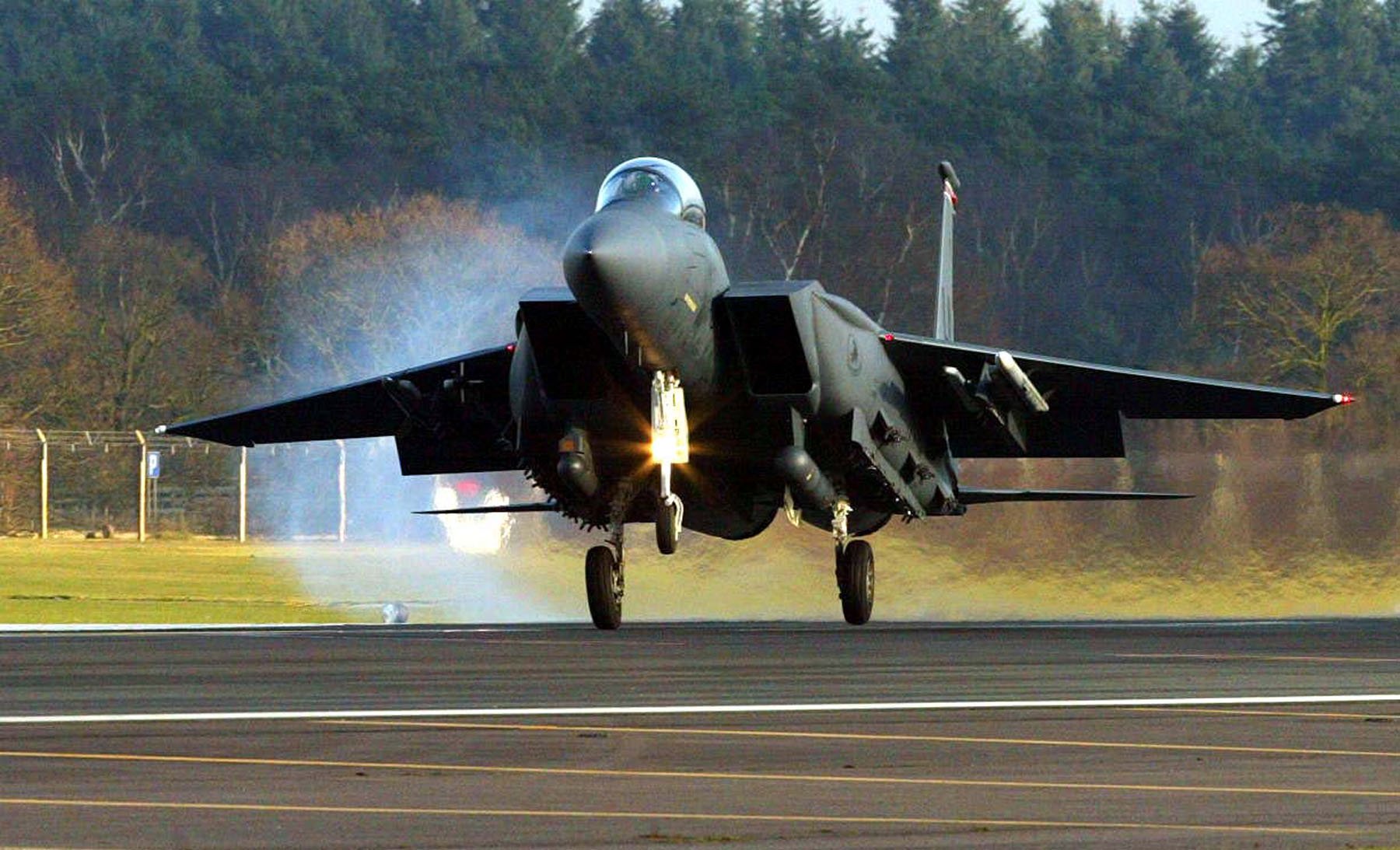