Poetry book that kept Constable secret for a century: 1836 tome found during house sale could fetch £150,000 after three watercolours and note penned by the English master are discovered inside

An old poetry book is expected to sell for £150,000 after it was found to contain lost artwork from the famous English landscape painter John Constable.

An auctioneer was doing a routine valuation at a country cottage when he spotted the 1836 illustrated edition of poet Thomas Gray’s ‘Elegy Written in a Country Churchyard’ in a bookcase.

He opened it and was stunned to find three watercolours by Constable fastened to pages inside, alongside a hand-written letter and ink sketch by him.

They refer to scenes the Hay Wain artist was asked to illustrate for the re-printing of the popular 1750 poem about mortality and remembrance.

One of the watercolours shows two soldiers looking on in shared contemplation over the tomb of an English knight. 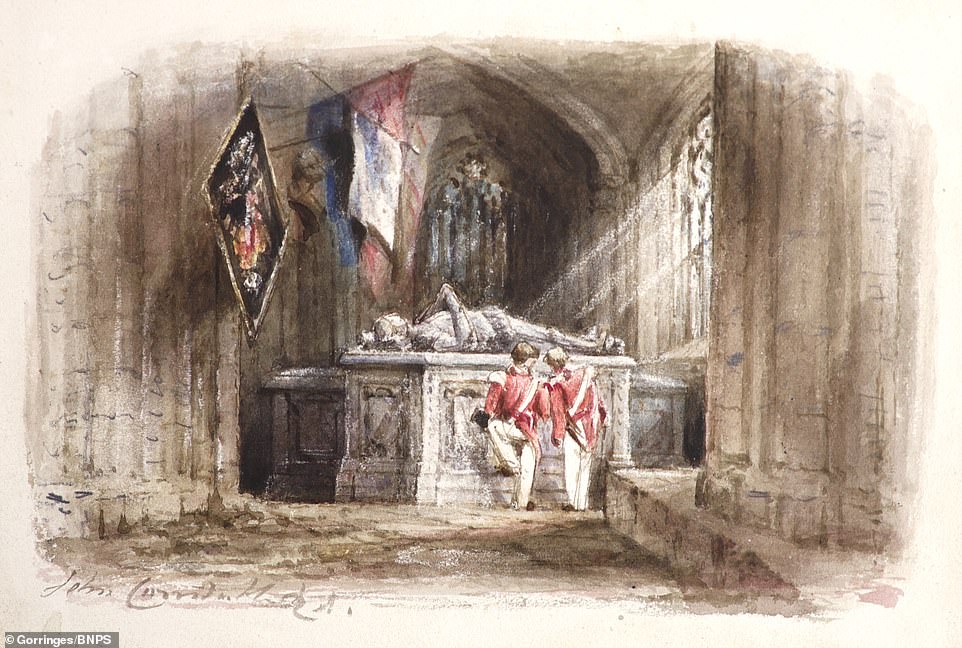 An 1836 illustrated edition of poet Thomas Gray’s ‘Elegy Written in a Country Churchyard’ is expected to sell for £150,000 after it was found to contain lost artwork from the famous English landscape painter John Constable. Pictured: One of the watercolours which depicts two soldiers looking on in shared contemplation over the tomb of an English knight

The others depict the moonlit ruin of a tower and a person reflecting in a churchyard as the sun rises over far-away fields.

Constable’s letter, penned in 1835, features a sketch of the churchyard at Stoke Poges, Bucks.

This is where Gray would visit the grave of his beloved aunt Mary Antrobus, whose death in 1749 inspired his work.

This book was the personal copy of the editor and bookseller John Martin, who commissioned Constable for the illustrated edition.

The lady vendor, who lives in a cottage in south east England, had no idea of the book’s contents.

She is now selling it with auctioneers Gorringe’s, of Lewes, East Sussex and the sale takes place on Tuesday, June 29. 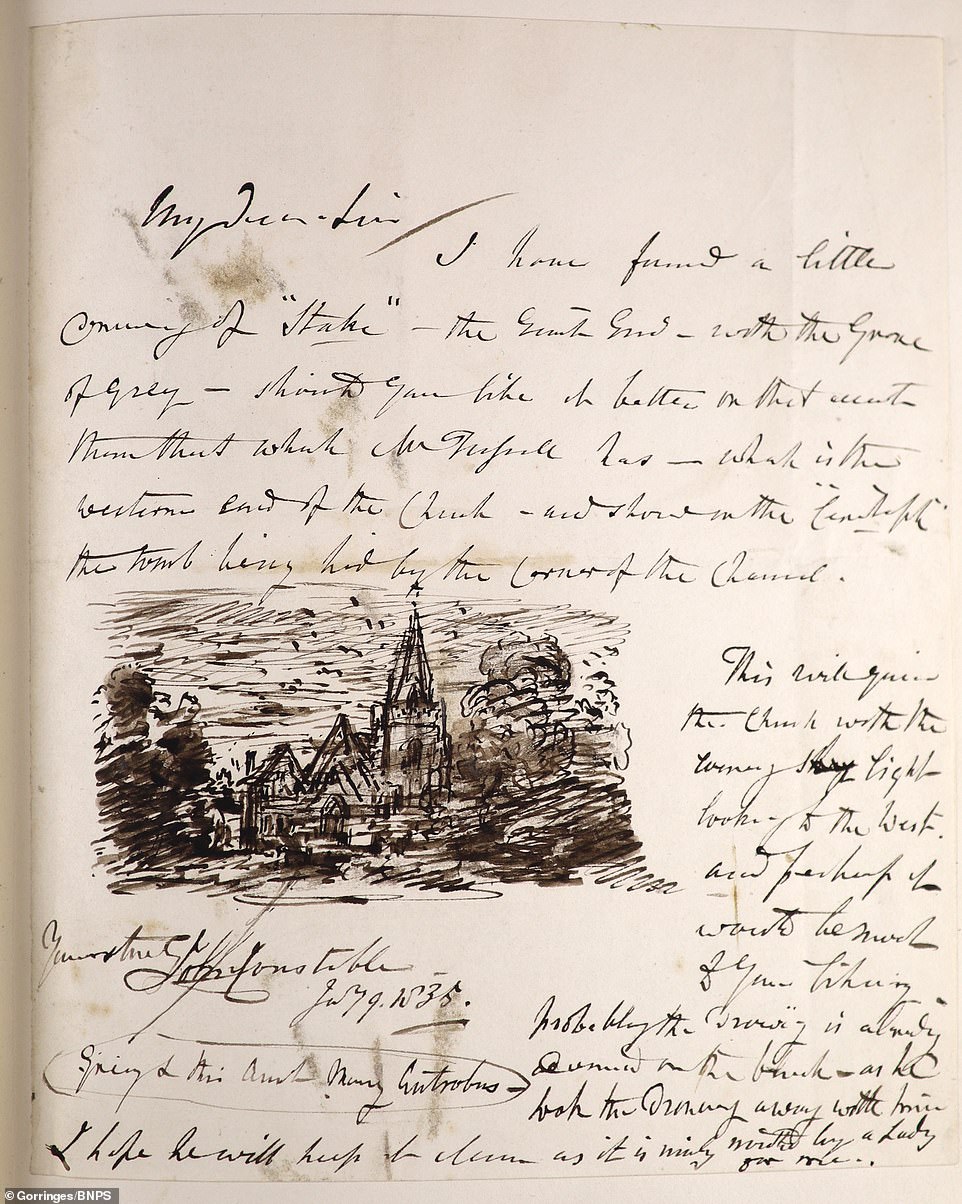 The unique edition of the poetry book was found to contain three watercolours by Constable, as well as other artists, alongside a hand-written letter, penned in 1835, with an ink sketch of the churchyard at Stoke Poges, Bucks (pictured)

Philip Taylor, of Gorringe’s, said: ‘Discovered during a routine valuation visit, this unique edition of Gray’s Elegy is the property of a private lady vendor – the owner until now unaware of the importance waiting patiently in her bookcase.

‘Estimated at £100,000 to £150,000, this reflects a truly unique opportunity to acquire a body of work compiled by one of Britain’s best-loved and widely celebrated artistic sons.’

Upon being published, Gray’s Elegy soon became popular and was regarded as ‘the best known and best loved poem in English’. 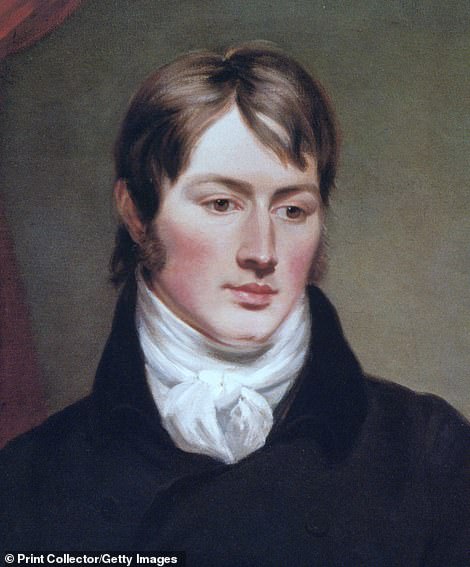 Constable is famous for his landscape paintings and is recognised as one of Britain’s greats. Pictured: Oil painting of John Constable by Ramsay Richard Reinagle that hangs in the National Portrait Gallery, London

The 1836 illustrated edition is believed to have been funded by the poet and banker Samuel Rogers.

He was not financially successful during his lifetime, but has since become recognised as one of the greats.

Joseph Trinder, auctioneer at Gorringe’s, said: ‘The pieces are interleaved within the book, which means they are fastened in the pages beside the stanzas of poetry that they are illustrating.

‘They reflect some of Constable’s later work and his comparatively lesser known role as an illustrator – an important element of his oeuvre.

‘Our response to this discovery is one of great excitement and humble appreciation.

‘Constable is one of the names best known and celebrated in the art market – so to find these pieces waiting patiently on a shelf during a routine valuation was a very special moment indeed.’