Police find body of boy, 14, after he went missing in river

Police find body of boy, 14, after he went missing in river at popular beauty spot

The body of a 14-year-old boy has been pulled out of the River Irwell, police confirmed today.

Officers and firefighters descended on Clifton Country Park and the surrounding roads were closed after the teenager was seen in the river.

A helicopter was seen above the park, which is near the Clifton Marina.

Greater Manchester Police confirmed they were searching in the River Irwell for the missing teenager. His body was found a short time later, the Manchester Evening News reported.

One woman said she heard a group of boys talking about jumping off the bridge at the park, with one later saying ‘have you seen him’, according to the Mirror. 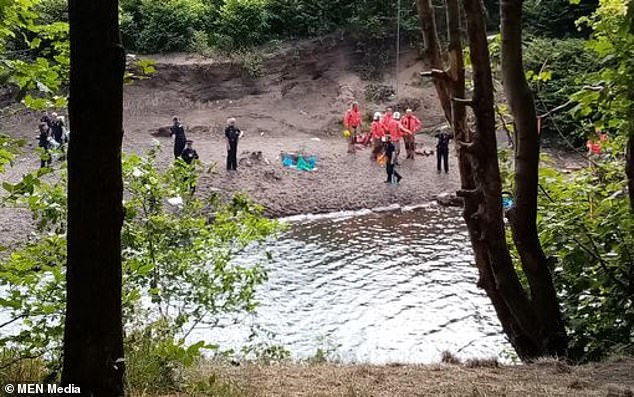 A GMP spokesman told the newspaper: ‘At around 3.30pm on Tuesday 2 June 2020, police were called to reports of concern for the welfare of a teenage boy last seen in the River Irwell near to Clifton Country Park.’

The emergency teams arrived at around 4pm and the area has since been closed off to the public.

Witnesses have said that there are at least 40 response vehicles at the scene.

One told MEN: ‘Massive incident happened at Clifton country park. In total about 40 emergency services have arrived, including police, fire engine and ambulances.’