Police hunt gunman after man, 42, is shot dead inside house

Police hunt gunman after man, 42, is shot dead inside house

Police are searching for a lone gunman who stormed into a house and shot a man dead on Sunday.

Police Scotland cordoned off a road in Ardrossan, North Ayrshire after the shooter entered a home and shot a 42-year-old man, who died shortly after from serious injuries.

A 46-year-old woman was inside the home at the time of the shooting. 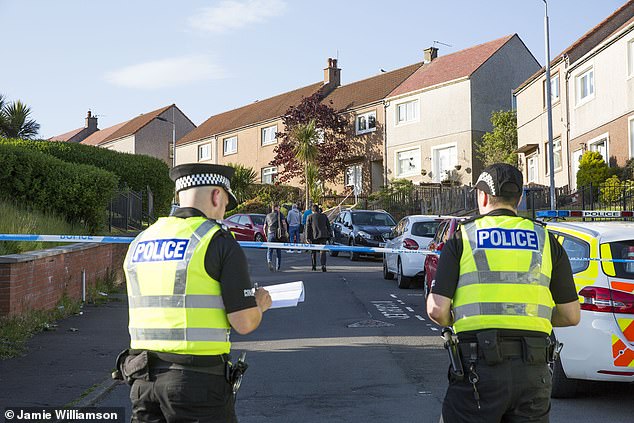 Police cordoned off a road in Ardrossan, North Ayrshire after a man was shot dead inside a home on Sunday evening 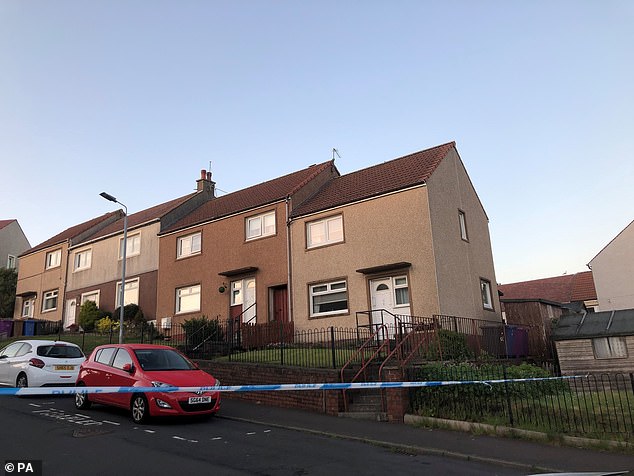 A Police Scotland spokeswoman said: ‘Around 4.50pm on Sunday, 24 May, 2020 a 42-year-old man and 46-year-old woman were within a house in Nithsdale Road, Ardrossan when a man entered the house and discharged what is believed to be a firearm before leaving the house.

‘The 42-year-old man was then found with serious injuries and died at the scene a short time later.

‘Inquiries are ongoing to establish the exact circumstances of the incident and we are currently searching the surrounding area for the suspect and viewing CCTV in the area.’

Several police vehicles were at the scene and the street was cordoned off at Lawson Drive and Burns Terrace. 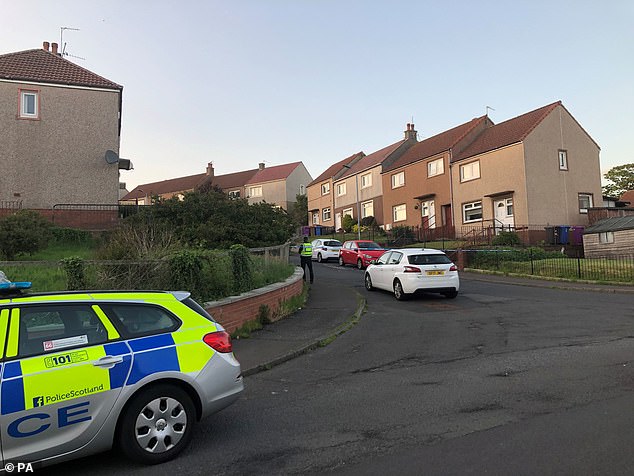 Police officers remained in place at either end of the cordon on Sunday night.

Ardrossan residents paid their respects to the victim, with one commenter writing: ‘Thoughts go out to all the family.’

Another wrote: ‘Absolute madness. Thoughts go out to the family and friends.’