Police investigating reports of women being spied on through bathroom windows have released an image of a man they want to identify after he was seen on a Ring doorbell camera.

The suspect, wanted for voyeurism offences, is believed to have visited different flats on an estate in Hackney, east London, over a period of months.

Police were called after a resident was repeatedly notified that someone was outside their home by their Ring doorbell, which can send alerts when anyone presses the bell or triggers its motion sensors. 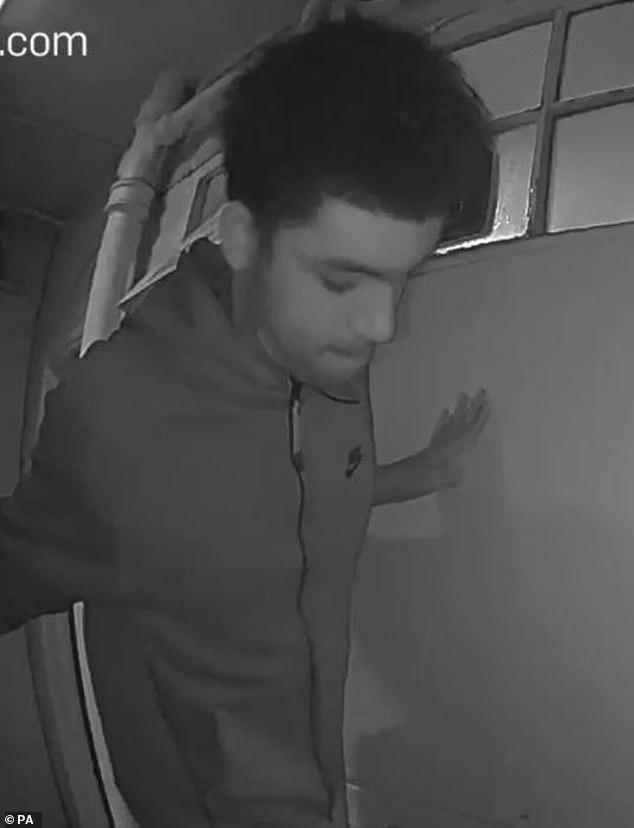 An image of the suspect captured on the doorbell’s camera has been released by the Metropolitan Police in a bid to find him.

The Met said: ‘Police are appealing for help in identifying a man wanted for voyeurism offences.

‘On Tuesday December 15 2020, it was reported to police that a man had been frequently visiting an estate in Hackney and observing females through bathroom windows.’

The suspect is described as a mixed race man, aged between 18 and 25, with short, dark curly hair.

Anyone with information is asked to call 101 quoting reference CAD 3760/10MAR21.