Police union demands all officers are immediately vaccinated for Covid

An officer who has been hospitalised with Covid-19 after working at an anti-lockdown protest highlights the need for police to receive priority vaccines, his force has said.

A Dorset Police officer who was present at the rally in Bournemouth where another officer was spat at is being treated for a suspected blood clot on his lung after becoming unwell on Tuesday night.

Dorset Police Federation said they are supporting his family and the group’s chair Anna Harvey said his hospitalisation is ‘a stark reminder of the extra risks our officers are facing’, adding the Government are to blame for failing to prioritise police in the vaccine rollout. 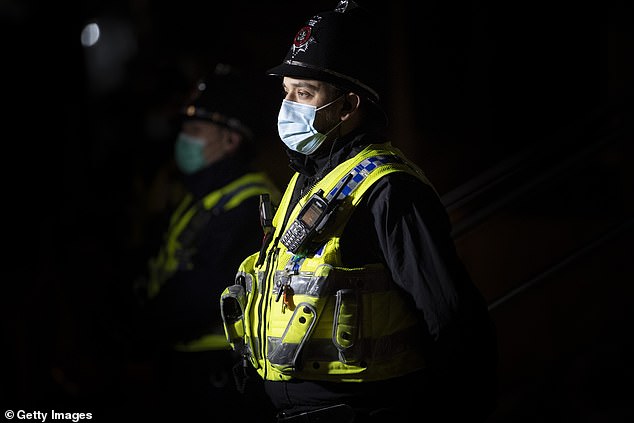 An officer has been hospitalised with Covid-19 after working at an anti-lockdown protest. Pictured: a masked officer in Cardiff

‘It saddens me to say that there is every chance this officer would not be in this position if police officers had been prioritised for the Covid-19 vaccine,’ she said.

She added: ‘What I want now from the Government is action. We hear from the Home Secretary today that the police service is being told to “get ready” for the vaccine.

‘But when will officers actually get the vaccine so that no more of our colleagues end up in hospital?’ 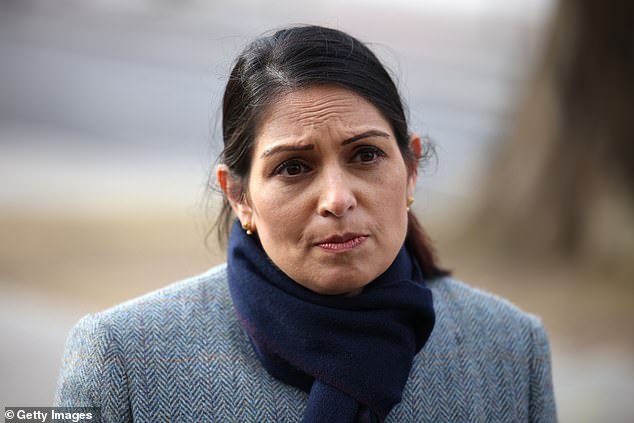 Metropolitan Police Commissioner Dame Cressida Dick has also said she is ‘baffled’ about why frontline officers were not closer to the front of the queue to receive the vaccine.

Home Secretary Priti Patel promised the Government ‘will absolutely work’ to prioritise police in the vaccine rollout, but has not given a timescale for when officers could expect to receive their first dose.

When asked whether she wanted to see officers ‘bumped up the queue’, Ms Patel told BBC Radio 4 on Wednesday: ‘It is police, fire and other frontline workers, and the Health Secretary and myself are working to absolutely make that happen – I’ll be very clear about that. 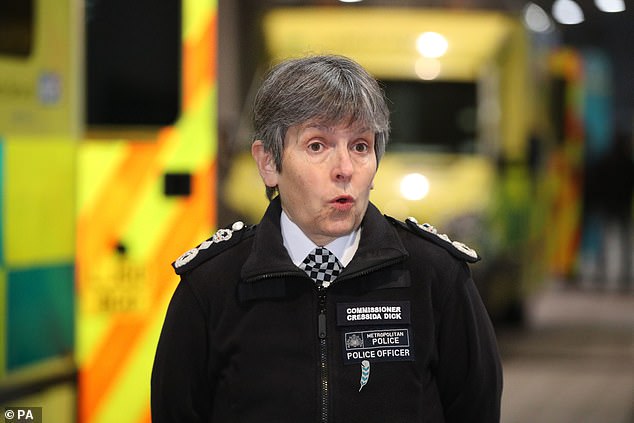 ‘This isn’t just something we are thinking about. There is a lot of work taking place in Government right now.’

The hospitalised police officer, who Dorset Police has not named, attended an incident on January 9 where anti-lockdown protesters ‘planned, stage-managed and recorded’ a woman being arrested for breaching coronavirus rules for sitting on a bench.

The force said three people were arrested following linked demonstrations in Bournemouth that day, after refusing to give their details to officers who had attempted to issue them with fines for breaching coronavirus regulations.