THE polls in Georgia have now closed with the result currently looking too close to call as counting gets underway.

Donald Trump has already called the election a "fraud" claiming Dominion voting machines were not working for an hour in Republican strongholds and ballots were being left in locked boxes. 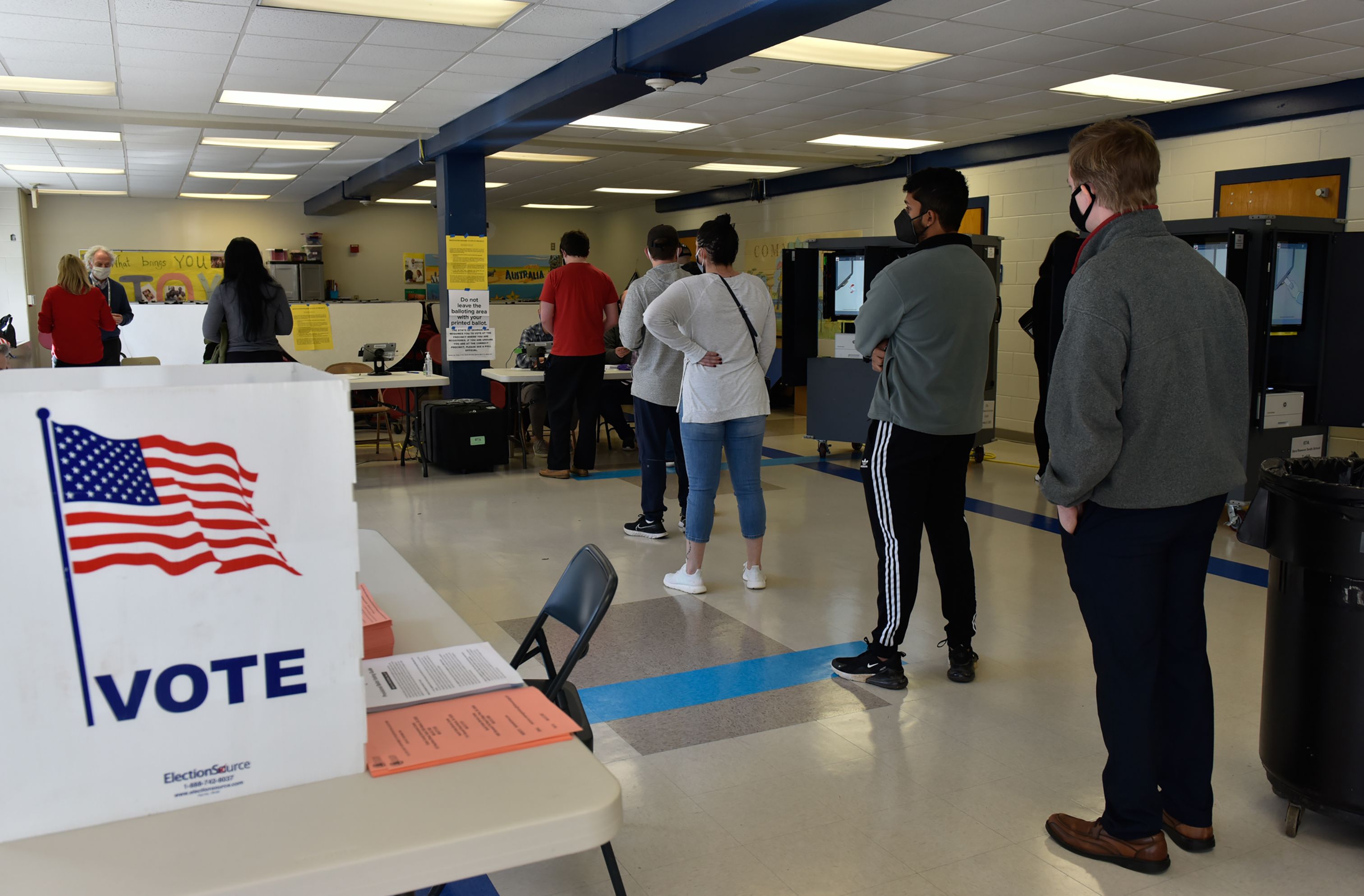 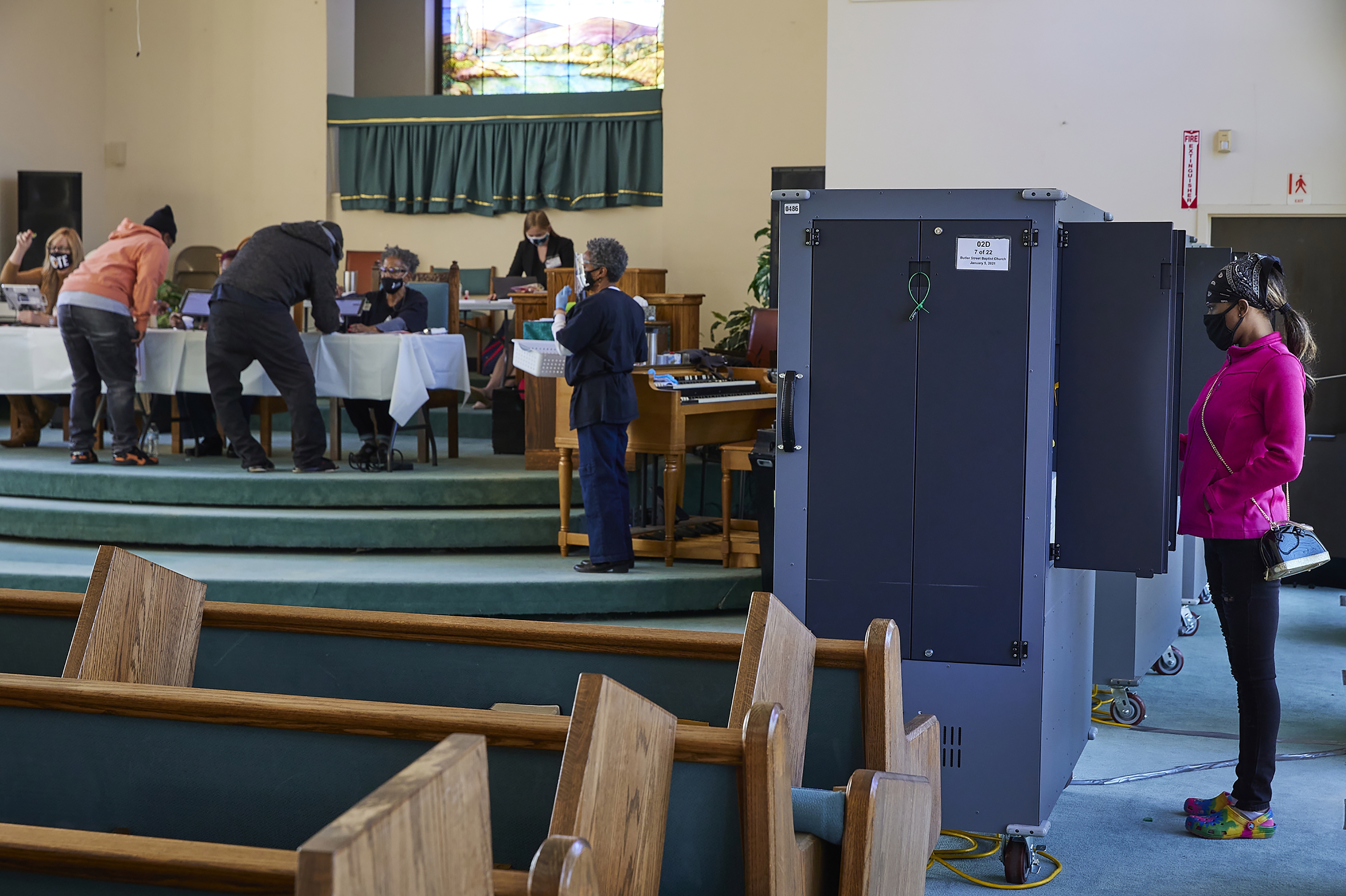 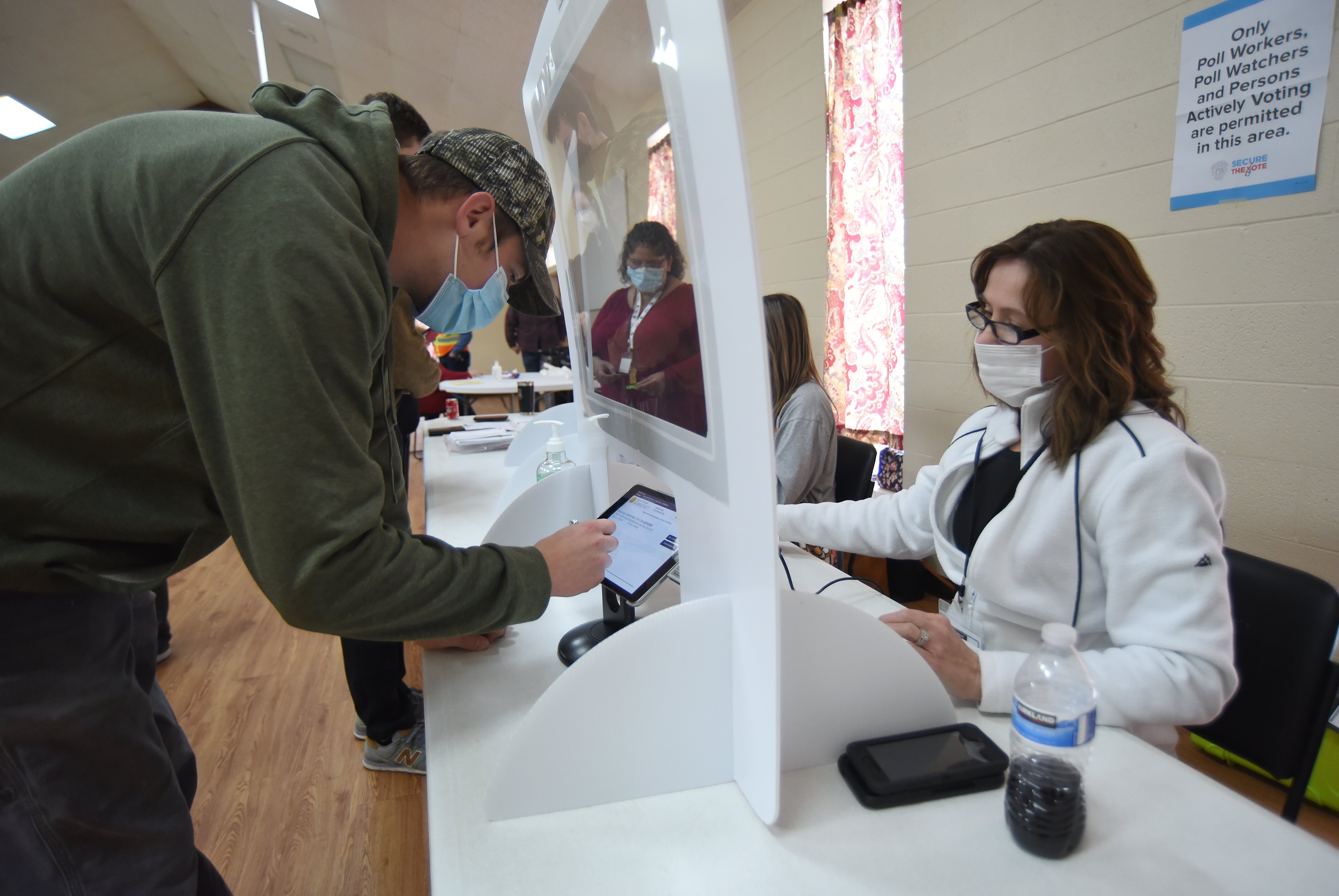 The outcome could shift the balance of power in the Senate from a Republican to a Democratic majority, as GOP incumbents Kelly Loeffler and David Perdue take on challengers Raphael Warnock and Jon Ossoff.

Experts say the two Senate races could be very close and have warned that the results may not be known for days since counties have to count large numbers of mail-in ballots.

An exit poll of more than 5,200 voters released by Edison Research found half had voted for Republican President Donald Trump in November and half for Biden.

The voters were also evenly split on whether Democrats or Republicans should control the Senate.

The survey included both early voters and voters who cast ballots on Tuesday. Georgia's polling sites closed at 7pm, although a handful of locations were staying open later after earlier delays.

The results could be known by Wednesday, Georgia Secretary of State Brad Raffensperger told CNN, although the outcome may remain in doubt for days if the margins are razor-thin.

In Smyrna, about 16 miles (26 km) northwest of Atlanta, Terry Deuel said he voted Republican to ensure a check on Democratic power.

"The Democrats are going to raise taxes," the 58-year-old handyman said. "And Biden wants to give everyone free money – $2,000 each or something like that for COVID stimulus? Where are we going to get the money?"

Ann Henderson, 46, cast ballots at the same location for Ossoff and Warnock, saying she wanted to break Washington's gridlock by delivering the Senate to Democrats.

"It's the social issues – civil rights, racial equality, voting rights, pandemic response," she said. "If we take it, maybe we can get something done for a change."

The two Senate runoff elections are leftovers from the November general election, when none of the candidates hit the 50 per cent threshold.

Democrats need to win both races to seize the Senate majority and, with it, control of the new Congress when Biden takes office in two weeks.

The unusual importance for the runoffs has transformed Georgia, once a solidly Republican state, into one of the nations premier battlegrounds during the final days of Trump's presidency.

Joe Biden and Donald Trump campaigned for their candidates in person on the eve of the election, though some Republicans feared Trump may have confused voters by continuing to make wild claims of voter fraud as he tries to undermine Biden's victory.

The president assailed Georgia Secretary of State Brad Raffensperger, a Republican, repeatedly this week for rejecting his fraud contentions and raised the prospect on Twitter that some ballots might not be counted even as votes were being cast Tuesday afternoon.

There was no evidence of wrongdoing.

Even before Tuesday, Georgia had shattered its turnout record for a runoff with more than 3million votes by mail or during in-person advance voting in December.

The states previous record was 2.1million in a 2008 Senate runoff.

The early turnout was expected to benefit Democrats, as it helped Biden in November become the first Democratic presidential candidate to win Georgia since 1992.

Republicans were counting on a big turnout on Tuesday to make up for the Democrats' perceived early vote advantage.

If Republicans win either seat, Biden would be the first incoming president in more than a century to enter the Oval Office facing a divided Congress. 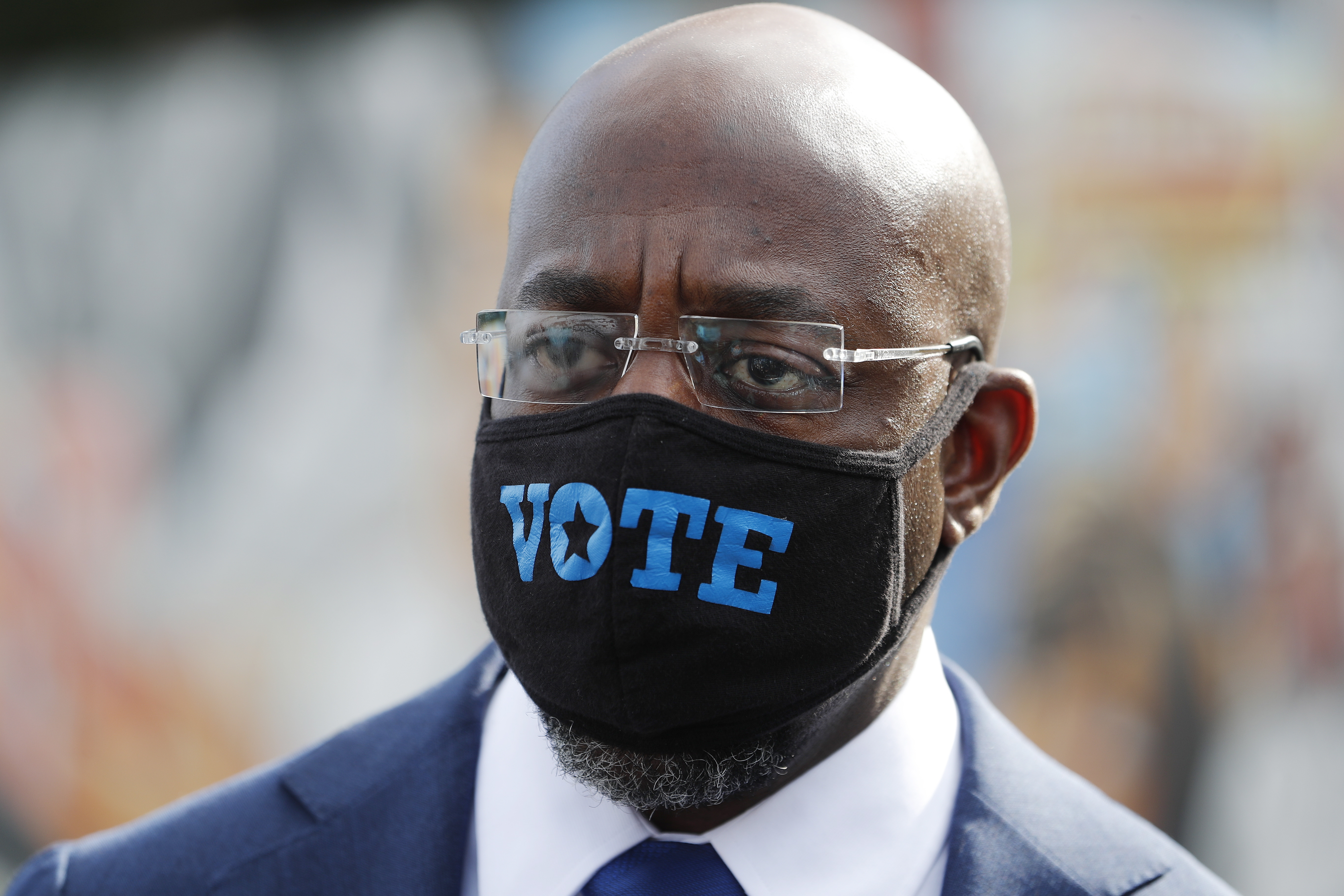 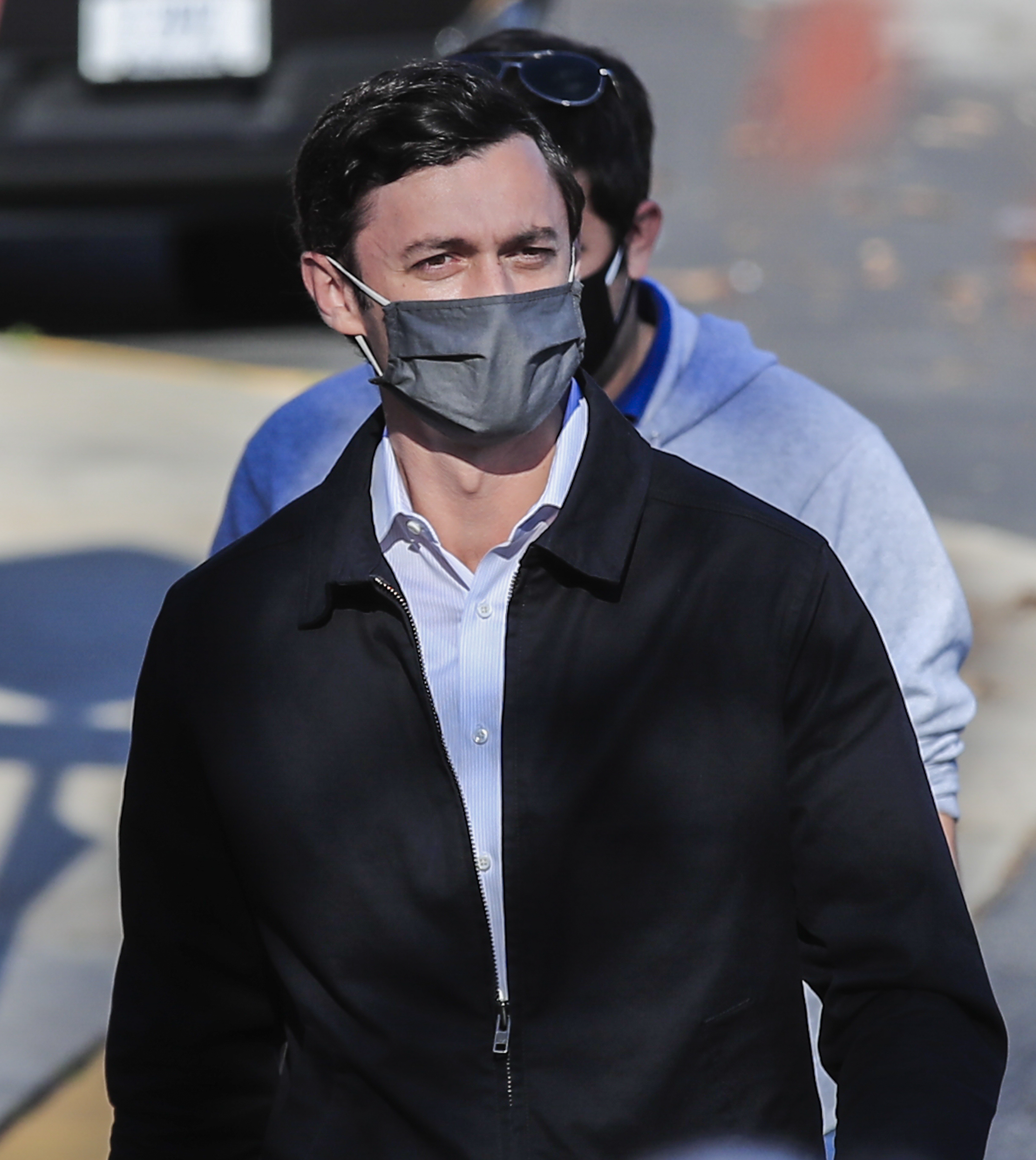 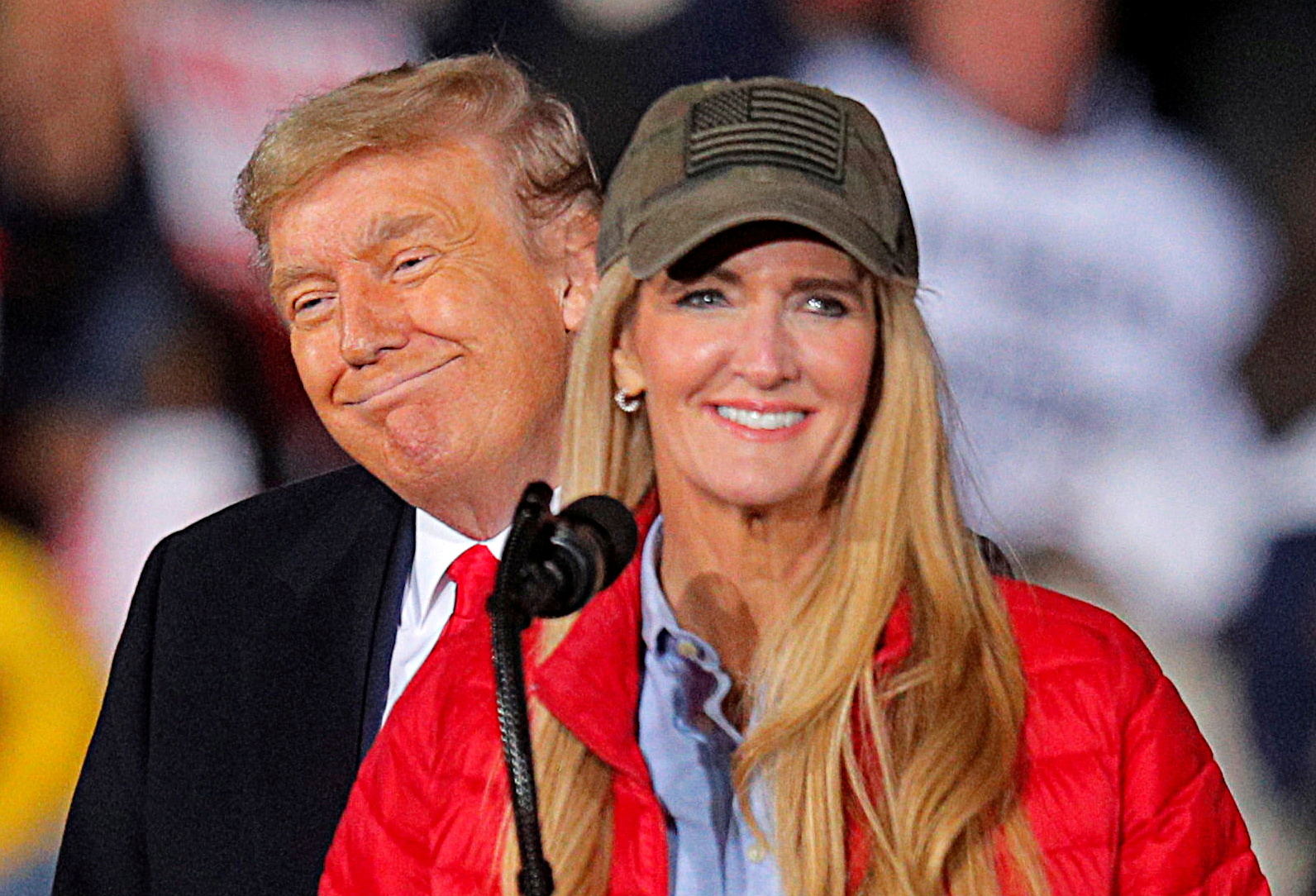 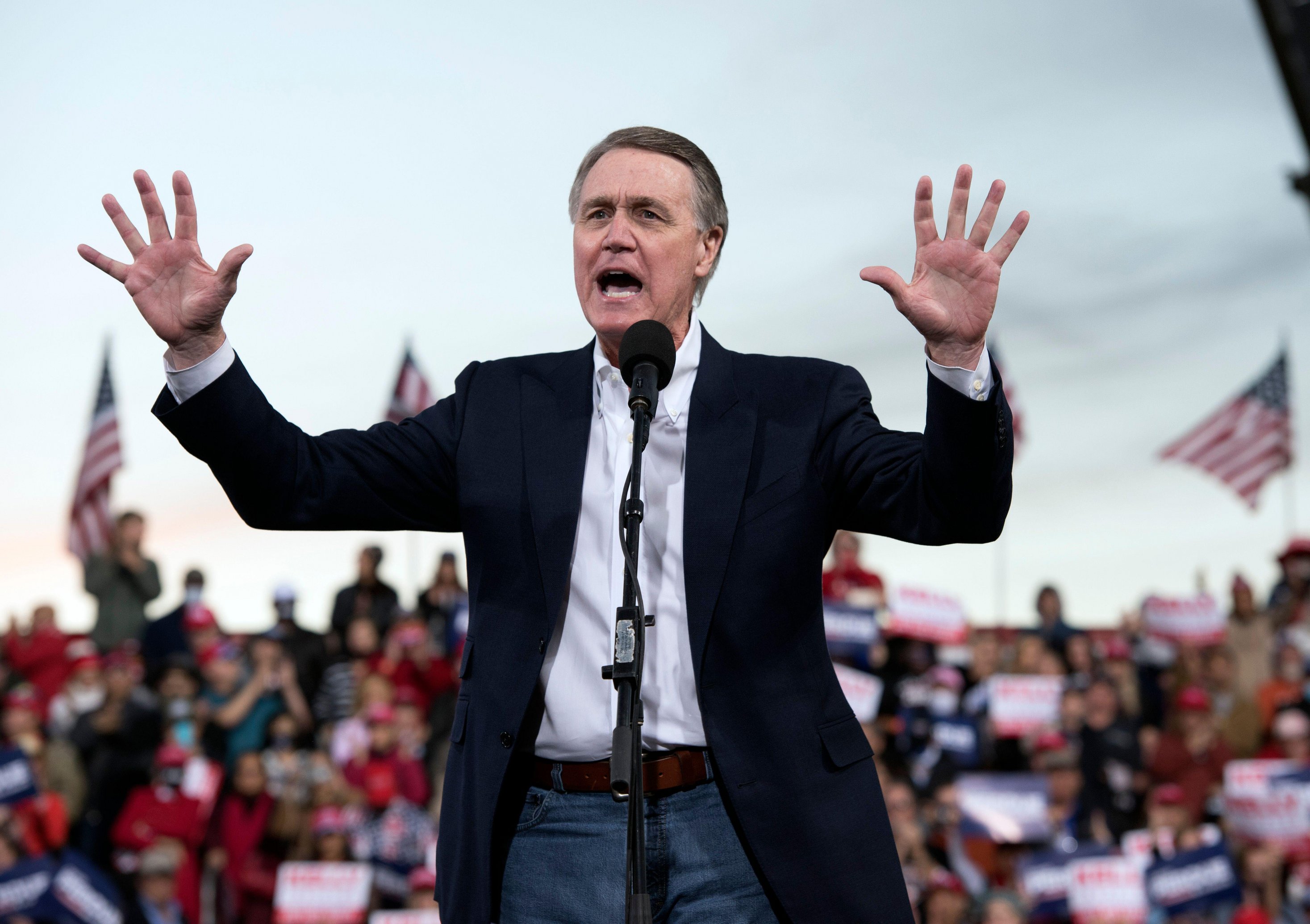 In that case, he would have little shot for swift votes on his most ambitious plans to expand government-backed health care coverage, address racial inequality and combat climate change.

A Republican-controlled Senate also would create a rougher path to confirmation for Biden's Cabinet picks and judicial nominees.

It comes after cops in Georgia were posted at several poll sites in the state amid threats sent via email to county employees, The Atlanta Journal-Constitution reported.

The sheriff's office did not give more details on the threats, but added that the FBI and Georgia Bureau of Investigations are investigating.

A suspicious package was found at Allen Temple Church in Woodstock, Georgia, a spokesperson from the Woodstock Police Department told The Sun.

The poll sites opening on Tuesday came as Donald Trump announced that Republican Senators Kelly Loeffler and David Perdue – who are up for re-election – would vote to fight Biden's win.

Loeffler and Perdue are running off against Democratic candidates Jon Ossoff and Raphael Warnock.

If Loeffler and Perdue win re-election, Republicans will hold a majority of seats, at 52-48.