Victoria could become a hydrogen energy powerhouse through a 20-year-plan to invest in new technologies and retrofit Geelong's Ford factory to create thousands of jobs. 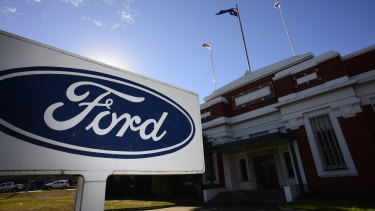 The research, which also recommends a $20 million hydrogen centre for excellence in Melbourne, is backed by the Australian Workers Union, the Plumbers' Union and Climate Partnerships Australia, a large renewable energy fund chaired by former NSW premier Morris Iemma.

The two unions are in consultation with the state government on the report's proposals.

More Victorian households have gas installed than any other state, meaning existing pipelines – which may need to be strengthened with higher density material to accommodate hydrogen – could be used to feed it into the energy system, the report suggests. 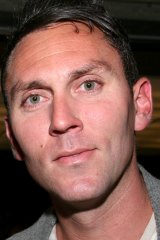 The state's existing gas fitters have skills that could transfer to the clean hydrogen sector, which could play a key role in meeting the Victorian government's target of zero emissions by 2050, it says.

Hydrogen, the most abundant element in the universe, is produced from water through a process called electrolysis. Hydrogen plants powered by renewable energy produce no greenhouse gas emissions.

"Given its interconnections with wind and solar, hydrogen is a missing part of the renewables jigsaw. Its practical application runs the gamut of clean, green transport, both private or public, and more efficient household energy consumption."

Geelong's former Ford factory, which is being re-established as a manufacturing hub and wind turbine site by Danish energy giant Vestas, would be an ideal candidate for a new Victorian hydrogen facility, the report says.

With excess renewable energy that could be used to power a hydrogen plant, the site is also located near large supplies of recycled water and has existing gas pipelines.

The report says the government should make Geelong a "Hydrogen Innovation Zone", noting NSW has had significant success with its renewable energy zones, which are three areas in that state with significant large-scale renewable investment.

Technology to create hydrogen out of renewable energy is being increasingly funded by governments globally as part of efforts to meet their carbon reduction goals.

Germany has identified Australia as a potential supplier of the vast quantities of hydrogen needed to decarbonise its heavy industry.

Environment Victoria chief executive Jono La Nauze said hydrogen could be an important future energy source but only if it were produced with 100 per cent renewable energy rather than coal or gas.

But he warned against introducing hydrogen to the gas distribution network and said the state should switch to more efficient and economical electric devices.

Green hydrogen would be a good option for energy exports, storage, long-haul transport and producing steel, he said.

"Victoria has a proud history of being the manufacturing state and we can continue this into the future with green hydrogen produced from 100 per cent renewable energy."

The think tank report identifies two major barriers to the development of a hydrogen sector: the need to develop technologies to underpin wide-scale supply and the lack of a trained workforce.

To establish a skilled workforce, the report recommends a $20 million investment in a Victorian Hydrogen Excellence Centre which would provide training in hydrogen production, storage, transport, and residential operations.

The centre should be located at the Plumbing Industry Climate Action Centre in Brunswick, the report says, with training costs covered by businesses that intend to provide the installation and maintenance of hydrogen-based equipment.

"The centre could up-skill gas plumbing professionals to enable the workforce to begin the transition to a clean hydrogen industry," the report states.

The federal government chose clean hydrogen as one of its five priority low-emissions technologies in its $18 billion energy plan. Governments of Queensland, WA, South Australia and Tasmania have developed hydrogen strategies.

The Victorian government published a Green Hydrogen Discussion Paper in 2019 and has invested $50 million in a pilot scheme to turn Latrobe Valley coal into hydrogen.

Minister for Energy, Environment and Climate Change Lily D'Ambrosio said the state was "already poised to be the green hydrogen capital of Australia. That's why we're investing in research and innovation to push the frontiers of this new technology and setting strong renewable energy targets to drive investment in wind and solar."

Replacing natural gas with hydrogen made from renewably sourced energy would achieve carbon-neutral goals at about half the cost of the "full electrification" scenario, under which gas networks were decommissioned and replaced with new electric infrastructure, a recent report from Frontier Economics found.