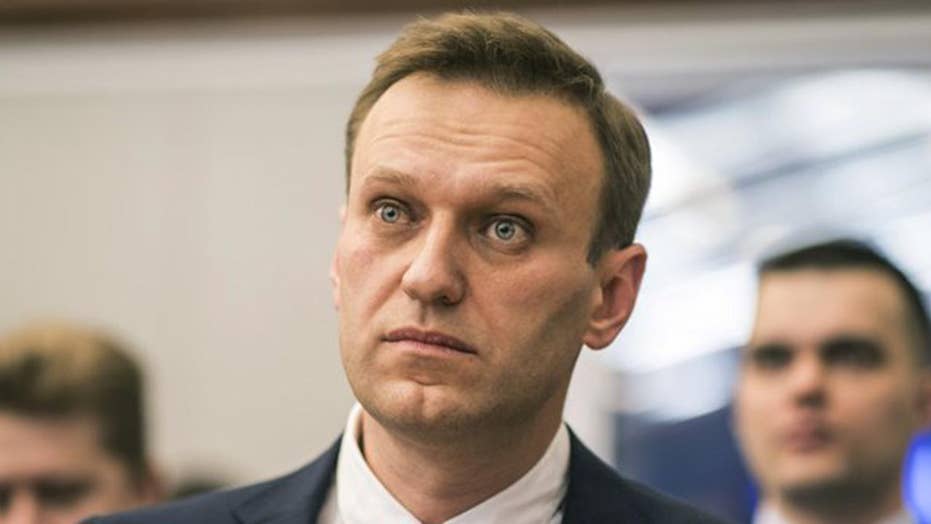 Amy Kellogg has the details.

Russian politician Alexei Navalny is fighting for his life Thursday afternoon, hooked up to a ventilator and in a coma after collapsing in an airplane bathroom. His supporters immediately accused the Kremlin of poisoning the outspoken critic's tea and the allegation, while wild, isn't new.

In fact, there have been multiple cases over the years of prominent opponents of Russian President Vladimir Putin claiming they have been victims of poisoning or suspected poisoning at the hands of Russian agents. The country's shadowy spy agencies have found ways over the decades to off their enemies. Some have had their faces melted off while others like Alexander Litvinenko paid with their lives.

Litvinenko, a former spy for the KGB and post-Soviet successor agency FSB, defected from Russia in 2000. He fled to London and became violently ill after drinking tea laced with radioactive polonium-210. He spent the last three weeks of his life in agony and died a slow, sad death.

A public inquiry into his death concluded Putin probably approved of the assassination. It also found that Litvinenko was being paid by the British secret service MI6.

Litvinenko had been investigating Spanish links to the Russian mafia and had been planning to fly to Spain with Andrei Lugovoi, a former Russian agent and the main suspect in his murder, the BBC reported. Litvinenko met with Lugovoi and Dmitri Kovtun, another ex-Russian agent, for tea on Nov. 1, 2006. Litvinenko almost immediately got sick and spent the night vomiting. Three days later, he was admitted to Barnet General Hospital in London. He told the BBC Russian Service that he was in "very bad shape" following a "serious poisoning."

He got worse and on Nov. 13 was transferred to University College Hospital.

His wife, Marina, said Litvinenko was positive that the Kremlin and Putin were responsible for "everything that happened to him."

Russia has denied any involvement in his death.

Then there was the case of Viktor Yushchenko, the former president of Ukraine, who claimed he was poisoned in 2004 while campaigning against Russian-backed candidate Viktor Yanukovych. The 64-year-old claimed his rice had been poisoned during a dinner he had with the head of Ukraine's security and deputy. Yushchenko told the BBC his "head grew in size dramatically and the pain spread."

"Then I started having inflammations and pus forming all over my body," he said.

Russian officials dismissed claims he was poisoned and said he probably had too much alcohol. However, doctors detected traces of the toxic chemical used in Agent Orange in his blood.

The alleged poisoning has left Yushchenko partially paralyzed and his face disfigured forever.

Sergei Skripal and his daughter Yulia also felt the wrath of Moscow. The former Russian spy who became a double agent for Britain and his daughter were poisoned in 2018 with the military grade nerve agent Novichok.

Novichok, which means "newcomer" in Russian, applies to a group of advanced nerve agents developed by the Sovient Union in the 1970s and 1980s under the codename Foliant. Some variants of the agent are estimated to be five to eight times more toxic than VX nerve agents, the BBC reported. Skripal and his daughter spent two weeks in critical condition. British authorities blamed Russia but Moscow, predictably, denied any role in the poisoning.

In fact, Putin called Skripal a "scumbag" who was of no interest to the Kremlin. Britain charged two Russians in the poisonings.

Skripal and his daughter have since relocated and were given new identities.

Journalists have also been targeted by Russian agents. 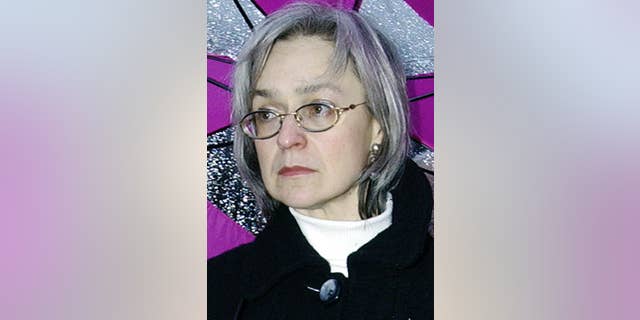 In this Oct. 2004 file photo reporter Anna Politkovskaya attends a rally against war in Chechnya in downtown Moscow, Russia.
(The Associated Press)

Journalist and opposition activist Vladimir Kara-Murza Jr. was hospitalized twice from suspected poisoning. Kara-Murza nearly died from kidney failure following the first incident in 2015. The second incident took place two years later. He told The Independent that doctors told him, "If there is a third time, that'll be it. I will not survive this again."