Senior members of the Royal Family have expressed their ‘delight’ at the birth of Prince Harry and Meghan Markle’s baby daughter.

Lilibet ‘Lili’ Diana Mountbatten-Windsor was born on Friday, June 4 at 11.40am at the Santa Barbara Cottage Hospital in California.

The Queen tonight led the royals in congratulating the couple who had made a touching tribute to her by naming their daughter ‘Lilibet’, short for Elizabeth.

Prince Harry’s father and brother Charle and William as well as Camilla, Duchess of Cornwall and Kate, Duchess of Cambridge also confirmed they had been ‘informed’ of the arrival. 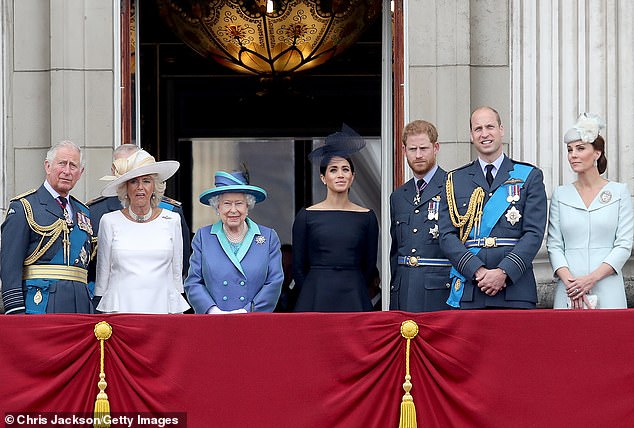 The Queen, Prince Charles , Camilla and Prince William and Kate released a joint statement announcing that they had been ‘informed’ of the news

A Buckingham Palace spokesperson said: ‘The Queen, The Prince of Wales & The Duchess of Cornwall, and The Duke & Duchess of Cambridge have been informed & are delighted with the news of the birth of a daughter for The Duke and Duchess of Sussex.’

A source has told Us Weekly that the Duke and Duchess of Cambridge have also ‘sent Lilibet a gift’ after hearing of her birth.

News of the royal birth took two days to be announced, with Meghan confirmed to be back at home settling in the newborn today after her press secretary broke the news earlier.

Unlike with their son Archie who was born in 2019 the couple Harry have not yet released a photo of their daughter.

This is a breaking news story. More to follow…