The Queen is said to have loved a punk portrait depicting her with blue hair and a tattoo with ‘Phillip,’ written across it, but wish it had been replaced with a royal crest.

Artist Mark Sloper created the portrait of the 94-year-old with blue hair, a nose ring and a love heart tattoo.

He claims to have faced off against an irate cavalry officer after placing the piece in the window of his gallery near Buckingham Palace. 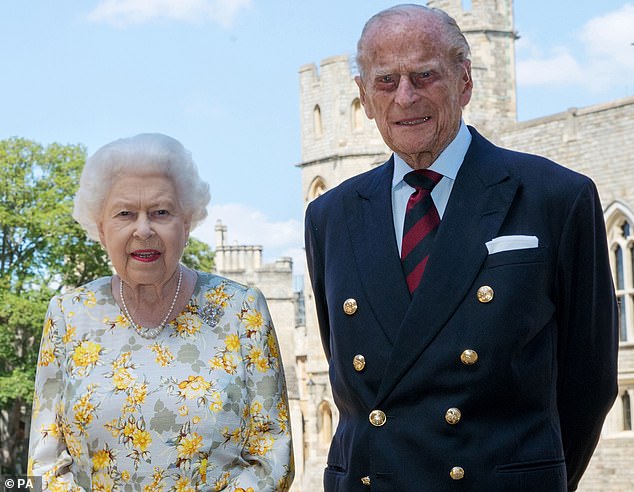 The Queen, 94, was said to have laughed at the portrait, but wanted to swap a love heart tattoo with Phillip written on it for a royal crest 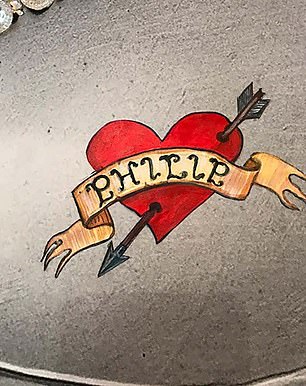 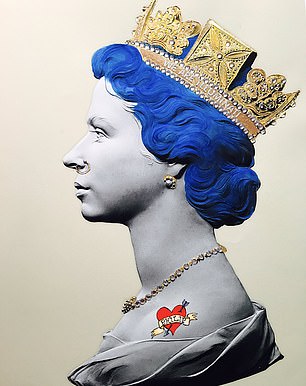 Artist Mark Sloper created the portrait of the 94-year-old with blue hair, a nose ring and a love heart tattoo

The 55-year-old artist says he passed a copy of the print to a friend, who just so happened to know the Queen’s lady in waiting, The Sun reports.

Mr Sloper says we was told by a guardsmen that the painting was in poor taste against Britain’s longest reigning monarch.

But he supposedly got a different review from Her Majesty.

Mark, who exhibits as Mark Illuminati, told The Sun: ‘The message was she said it was really good but didn’t like the Philip tattoo and would prefer the lion and unicorn crest.

‘I never got the print back so assume it may be hanging in her toilet.

‘When I was told she had been shown the portrait, I was happy to make the change.’ 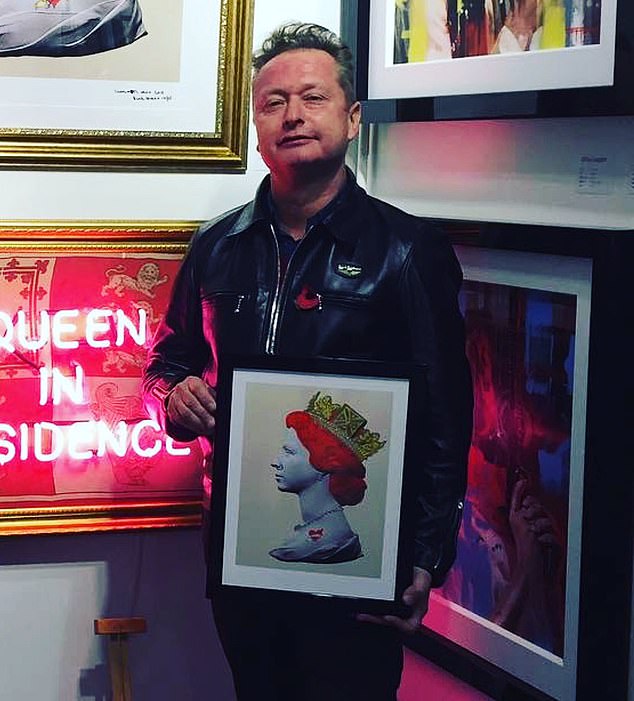 Artist Mark Sloper, right, will sell the piece next month at the Saatchi Gallery in London

The portrait is going on sale next month at London’s Saatchi Gallery.

MailOnline approached to Buckingham Palace regarding the claim, but it did not wish to comment