Rare Harry Potter books salvaged from a SKIP are now set to sell for £18,000 after a teacher saved them from the tip

Three first-edition Harry Potter books salvaged from a skip are expected to fetch £18,000 at auction this month.

A teacher retrieved the books after they had been thrown out in a tidy-up at her school in Buckinghamshire in 2008.

They include a rare hardback first edition of Harry Potter and the Philosopher’s Stone, one of only 500 in the first print run. It is expected to fetch at least £12,000 in an online auction held by Staffordshire firm Hansons Auctioneers on May 21. 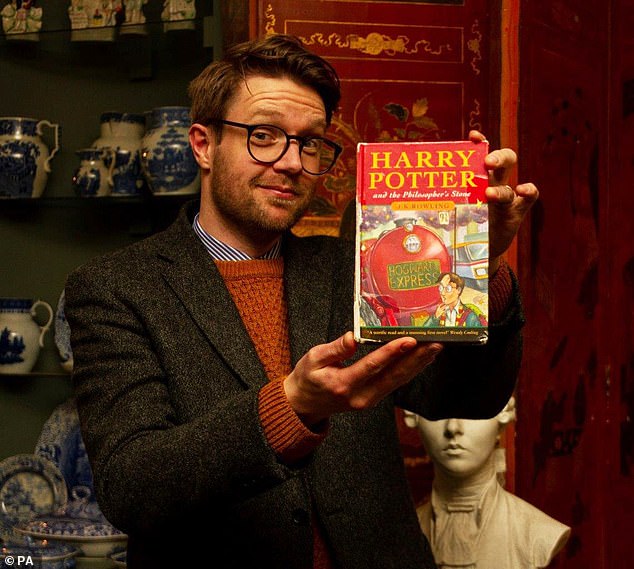 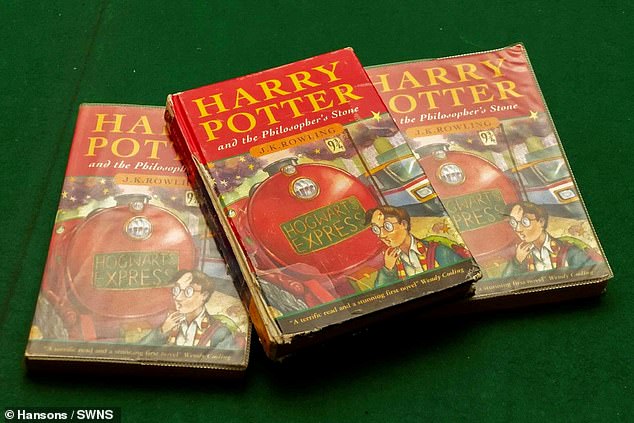 The three copies of Harry Potter and the Philosopher’s Stone could sell for between £2,000 and £12,000. The hardback version is one of an initial print run of 500 books

The teacher, now a 65-year-old grandmother who did not wish to be named, said: ‘I love books and reading and it just seemed awful to throw them away, so I picked up about five Harry Potter books. I thought they might be useful for my children or grandchildren.

‘I had no idea they were of any value, and neither did the school. They’d been well read and the school always ensured its library was pristine for Ofsted inspections.

‘I think the school originally had ten Harry Potter hardback first editions. I don’t know what happened to the other nine.’