The fraud conspiracy charge, to which she initially pleaded not guilty in April 2021, could result in over a decade in a prison.

“Ms. Shah is a good woman who crossed a line. She accepts full responsibility for her actions and deeply apologizes to all who have been harmed,” her attorney Priya Chaudhry said Monday in a statement to USA TODAY. “Ms. Shah is also sorry for disappointing her husband, children, family, friends, and supporters. Jen pled guilty because she wants to pay her debt to society and put this ordeal behind her and her family.”

Shah, 48, of Park City, Utah, entered the plea to a single count of conspiracy to commit wire fraud in Manhattan federal court after signing a plea agreement with prosecutors a day earlier that carries a recommended sentencing range of 11 to 14 years behind bars.

She told a judge that beginning in 2012, she participated in a massive telemarketing fraud for nearly a decade that prosecutors say cheated thousands of people nationwide, including some over age 55.

She said she knew that she was teaming up with others to market products “that had little or no value.” 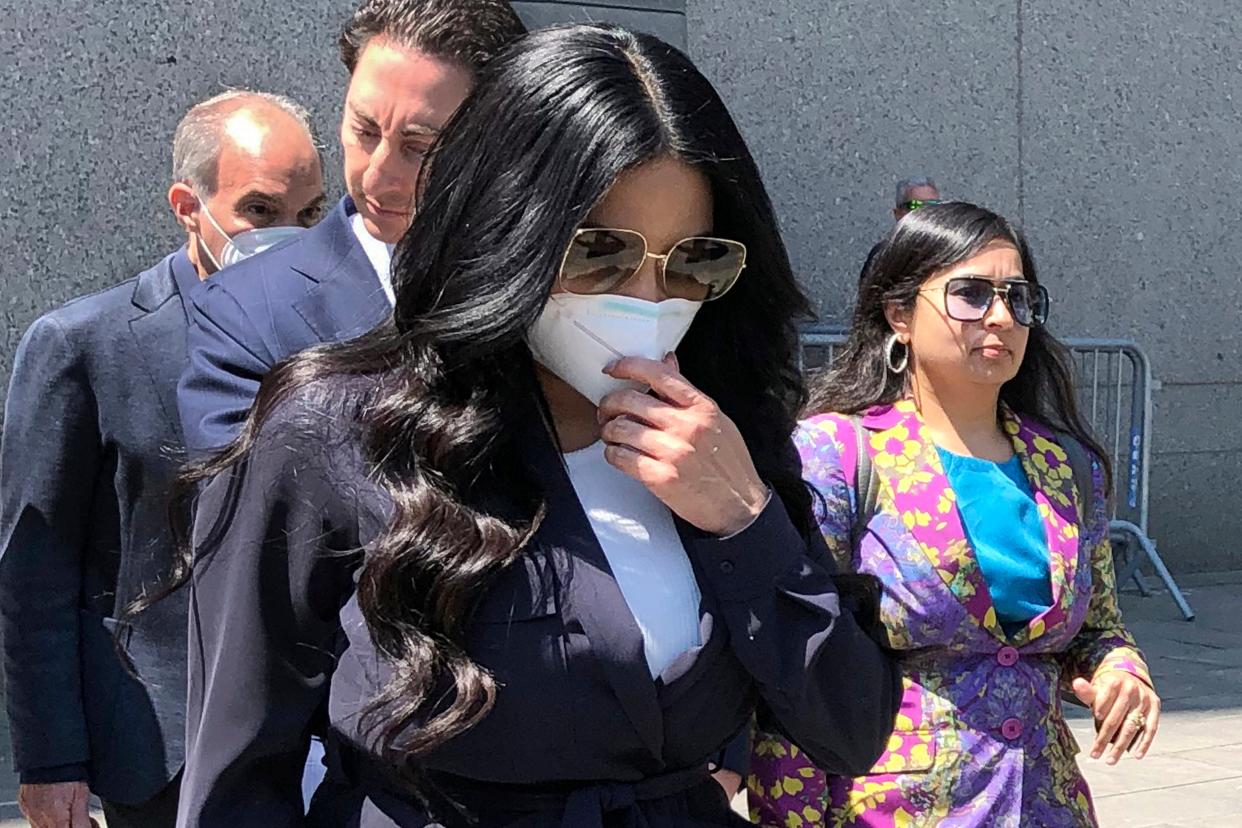 “I knew this was wrong and that many people were harmed and I’m so sorry,” Shah told Judge Sidney H. Stein.

Sentencing is set for Nov. 28. Shah remained free on bail but did not speak as she left the courthouse and walked a short distance to a waiting vehicle.

Cohen noted that he just received a surprise gift from the “RHOSLC” star for his 2-month-old daughter Lucy, giving him a soft spot. “I was like, ‘Jen Shah, with everything you have going on, that you thought to send Lucy a gift.’ I just thought that was so nice of her,” he recalled.

The Bravo producer acknowledged sympathy towards those allegedly defrauded by Shah. “I think you wind up getting more upset when you know that there are victims,” he said, also referencing “Real Housewives of Beverly Hills” star Erika Jayne’s ex-husband Tom Girardi and “Real Housewives of New Jersey” star Teresa Guidice and ex-husband Joe Giudice’s fraud cases.

In a statement after the hearing, U.S. Attorney Damian Williams called Shah a “key participant in a nationwide scheme that targeted elderly, vulnerable victims.”

He added: “These victims were sold false promises of financial security but instead Shah and her co-conspirators defrauded them out of their savings and left them with nothing to show for it.”

Assistant U.S. Attorney Kiersten Ann Fletcher said Shah acted as a “lead broker,” directing what sales workers said to their victims and sharing in illegal profits, using some of the money to pay for the New York City apartment where she lived and for other personal items.

As part of her plea agreement, Shah agreed to forfeit $6.5 million and to pay $9.5 million in restitution.

In June 2021, Shah’s attorneys asked a federal judge in New York to dismiss charges against her in a fraud case because officers allegedly coerced her into waiving her Miranda rights when she was arrested in Utah.

Why was Jen Shah arrested?

Shah was arrested March 30 by New York detective Christopher Bastos in Salt Lake City after she received a perplexing phone call. She believed the call was tied to an order of protection she had out against a man who once attacked her and was convicted of multiple felonies in New York. After the call, she received another call from Bastos believing it was also tied to the protective order.

Bastos, who told Shah to pull over as she was driving to a shoot in Utah, arrested her as a suspect in the telemarketing fraud case. But as Shah asked whether she was going to jail, she told officials that Bastos made her believe she “might be in danger, and that the police might be there to help me.”

“Although Ms. Shah waived her Miranda rights, she did not do so voluntarily, but rather as a direct result of law enforcement deception and trickery calculated to overpower her will,” her attorneys said.

Shah and her assistant Stuart Smith were both arrested and charged with conspiracy to commit wire fraud in connection with telemarketing and conspiracy to commit money laundering. Smith initially plead not guilty in March 2021, but changed his plea to guilty in November, according to People. The arrest and ongoing legal battle were filmed and aired on the second season of “RHOSLC.”

Fletcher said Shah engaged in a fraud from 2012 to March 2021 that sold bogus services that were promoted as capable of enabling people to make substantial amounts of money through online businesses.

Prosecutors said Shah and others delivered lists of people to purchasers of the “Business Opportunity Scheme” that actually consisted of others who had previously paid to create their own online businesses.

They said she lied about how much individuals could earn after buying the business’ services and the purported success of others who had bought the services.

From 2018 to 2020, Shah controlled the day-to-day operations of the Manhattan operation and moved some of its operations to Kosovo to dodge law enforcement and regulatory scrutiny, the prosecutor said.

Prosecutors said Shah took various steps to hide her role in the fraud, including by incorporating her business entities using third parties’ names, instructing others to do the same and directing others to use encrypted messaging applications to communicate with each other. They said she also made numerous cash withdrawals structured to avoid currency transaction reporting requirements.

Fletcher said Shah told one co-conspirator to lie under oath when questioned by the Federal Trade Commission and provided him with written talking points to follow during the deposition.

She added that tax returns showed Shah had underreported her proceeds from the fraud by hundreds of thousands of dollars.

Fletcher also acknowledged during her plea that she had undergone treatment two years ago for alcohol and depression.