Reporter's dog interrupts the Today show during a live broadcast

‘It’s a dog’s life in Melbourne’: Hilarious moment a reporter’s pet pooch interrupts the Today show by LEAPING into the shot during a live broadcast

A veteran television reporter has been upstaged by his adorable dog during a live broadcast.

As the segment was wrapping up, hosts Allison Langdon and Karl Stefanovic inquired about the yapping they could hear in the background. 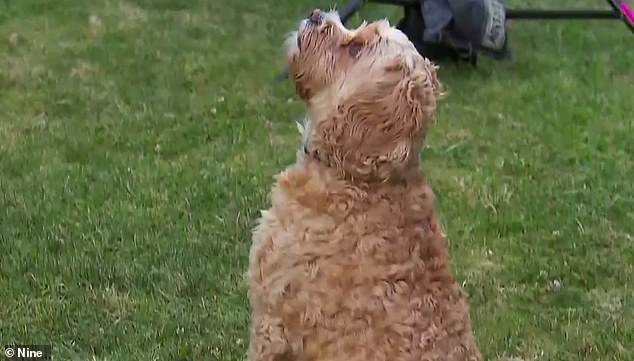 ‘I think you might have been talking about this little fella here, who comes with me on most jobs. We are back on the Today Show Archie, do you remember?,’ Jones says.

A delighted Archie laps up the special attention and enjoys his moment in the limelight as he leaps all over his owner.

Archie’s antics left Langdon and Stefanovic in stitches in the studio.

‘You’re a loose unit,’ Stafanoic told Jones, before referring to the face wear mandatory for Victorians due to COVID-19.

‘Shouldn’t that dog have a mask on?’ he quipped:

Jones replied: ‘This is the irony. We are not only picking up their poo but they are free to go wherever they want. It’s a dog’s life in Melbourne at the moment.’

Later in the program, Archie was asked by his owner whether the Geelong Cats or Richmond Tigers will win Saturday night’s AFL grand final at the Gabba in Brisbane.

‘The Tigers. Well, there you go. I mean, he’s a very, very good judge. He actually does all my homework for me,’ Jones said. 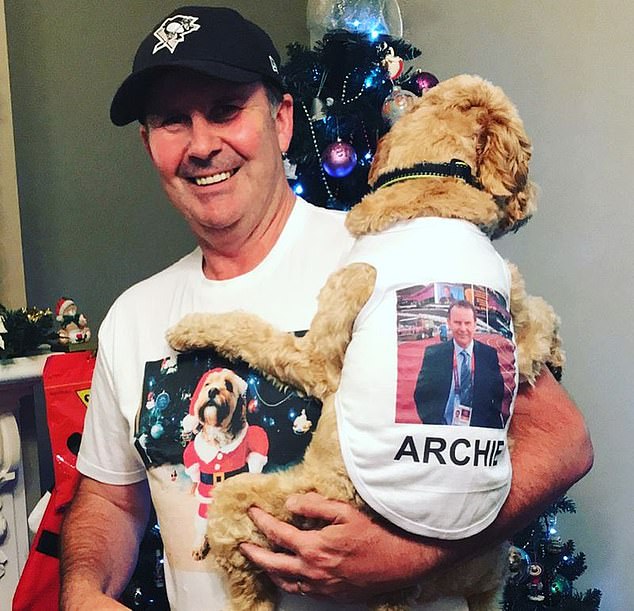 It’s not Archie’s first appearance of the Today Show.

He often appeared on the show when Jones was a presenter on the breakfast program before he abruptly quit the show late last year.

‘The good news is, Archie has a new two-year contract. I got the a**e. It’s all going very, very well,’ Jones said on his last day on the show last November. 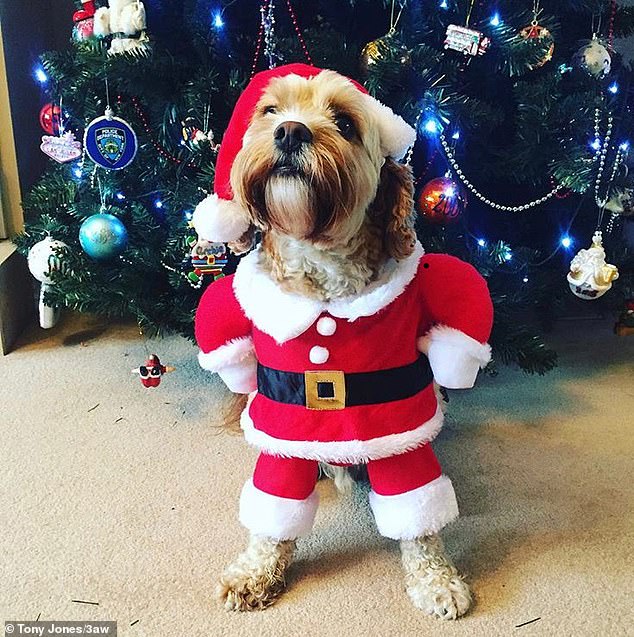