THE MILLIONAIRE teenage star of ‘Rich Kids Go Skint’ loved the experience so much – he went BACK to spend his 20th birthday with the host family in a terraced house in Kent.

American Pay boy James, who used to splash £2,000 on a night out lived on the breadline for three days with a struggling British family, who he left hungry after spending their money on beer. 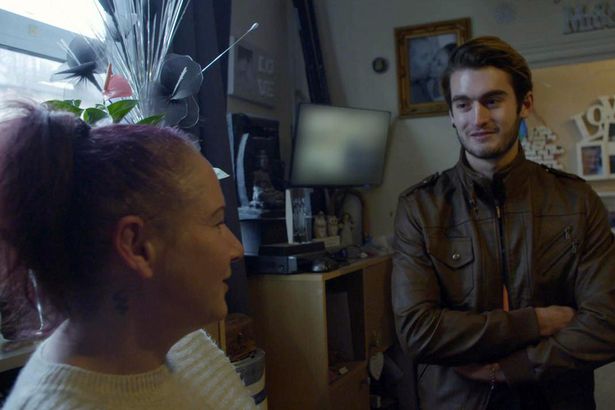 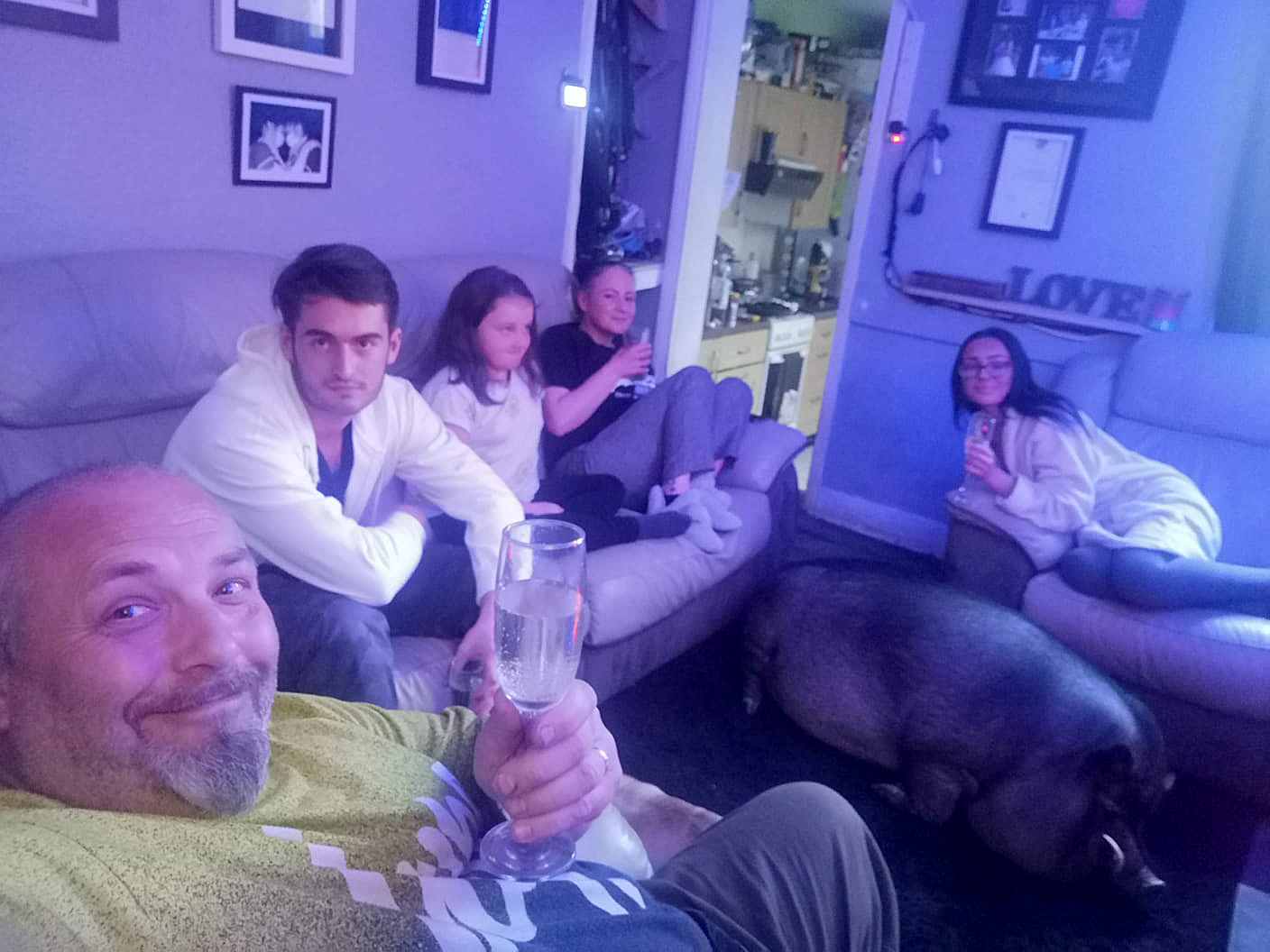 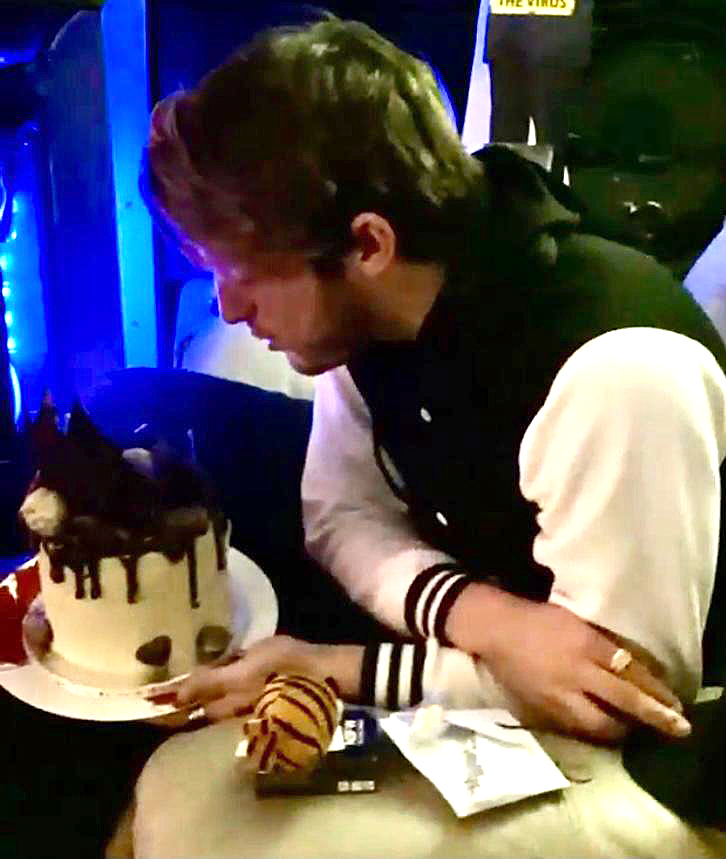 But it has been revealed they have call become firm friends – and James spent his 20th birthday in February partying in the living room of 42-year-old cash-strapped NHS nurse, Sherry Whibley’s three bedroomed Victorian  terraced house.

It is a far cry from his frat boy lifestyle depicted in the Channel 5 TV show which broadcast on Monday night, where James is shown living it up in his £1,900 a month apartment, paid for by his parents, in London.

Mum-of-three Mrs Whibley feared she wouldn’t last three days living with the self-confessed rich kid who is a business student at London’s elite, private Regent’s University, when she embarked on the social experiment last year.

But she revealed he is now a friend of the family following his three day stay at their house in Gillingham, Kent last December for the reality TV show, after he hit it off with them by offering to shovel pig poo from their pet pig, Sam, on the first day he arrived.

Since then, James, who is originally from Cincinnati, Ohio, has come for several sleepovers at the humble terraced house that Sherry shares with her stay-at-home husband, Stuart Whibley, 47, and her three daughters, including Sharlie Sweeney, 20, and Skye Carter, 9. 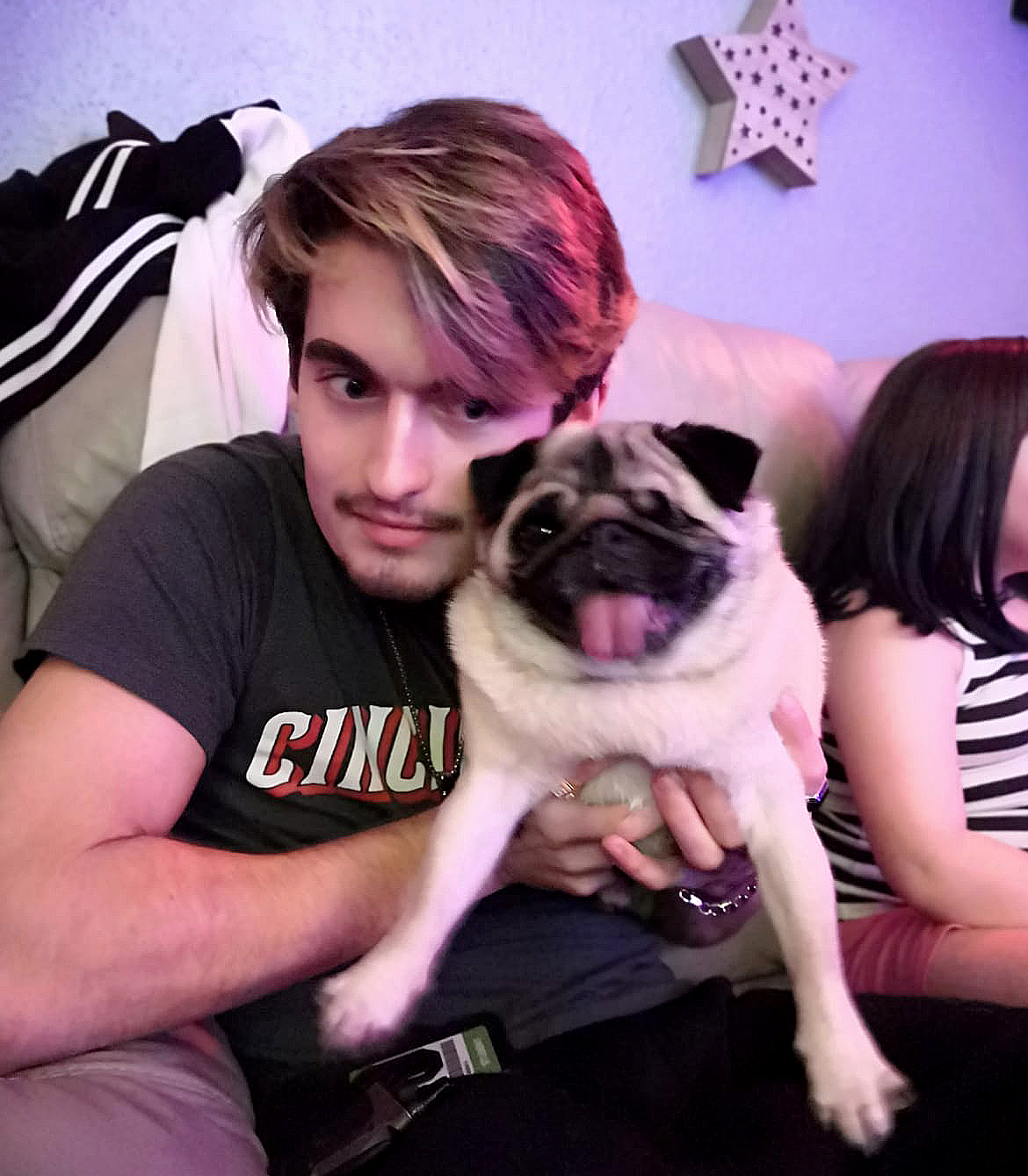 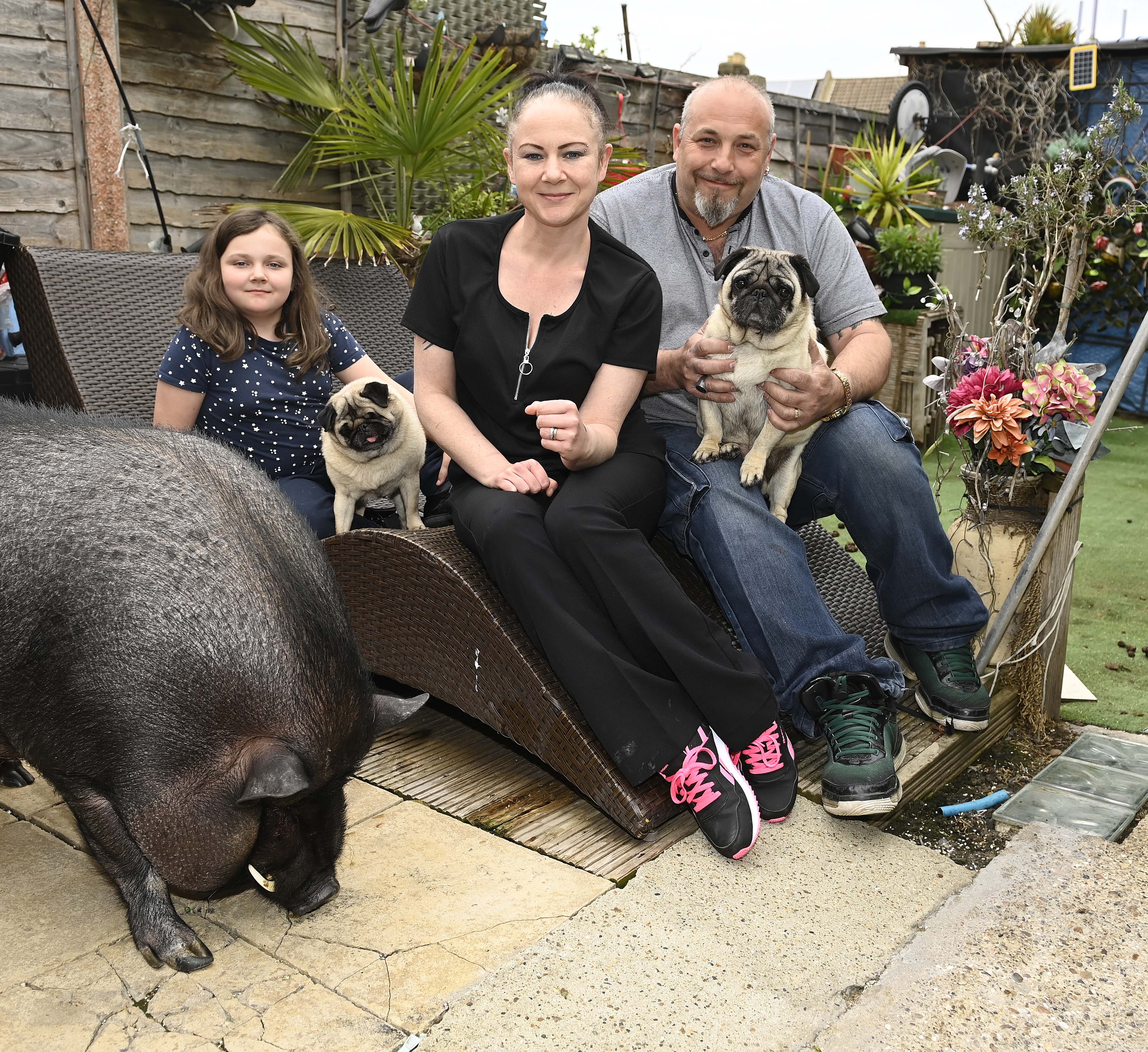 She said: “James came over for his birthday and he has had three or four sleepovers since.

“His mum sent a cake from America and we had a little party for him.

“The last time he came was Monday night when he came round and we watched the show on TV together.

“Before he came, I was concerned he wouldn’t last the three days, but he wasn’t the typical rich kid.

“I was shocked he did come out and do the pig poo on his first day. That was brilliant. I didn’t think he would.

“I thought he would be too up himself. He did say he didn’t think it was hygienic to breathe the same air as a pig, but that just made me laugh.

“He’s American and he’s from a rich family, but he’s down to earth just like any other teenage boy.

“We will always see James, as long as he’s in the UK he knows he can come here.”

Before James knocked on the family’s front door in December last year they had no idea who would be staying with them as part of the TV show’s social experiment. 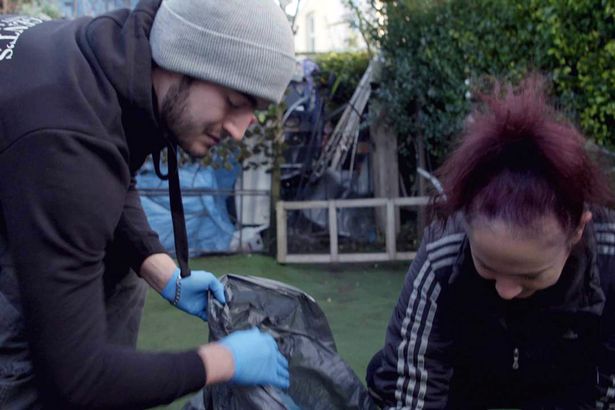 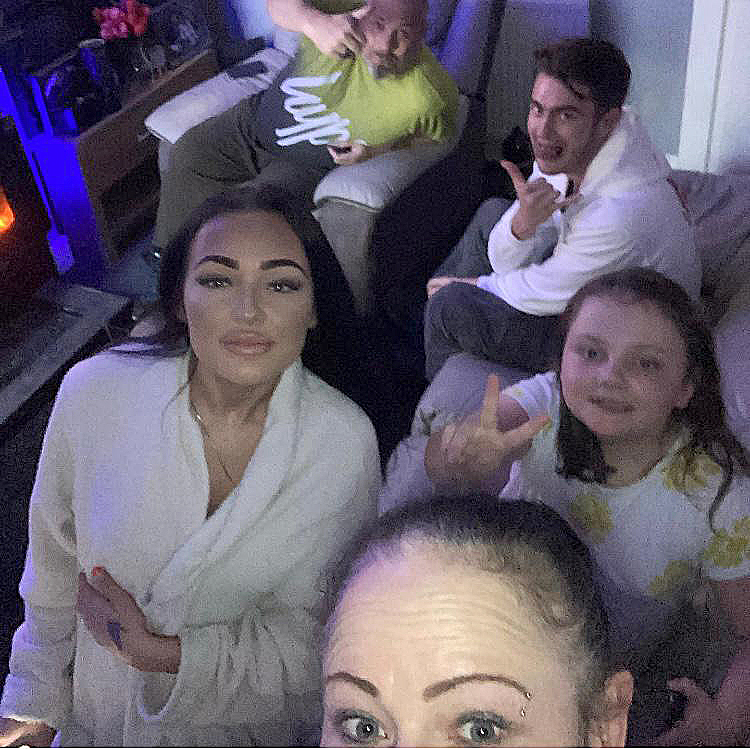 Sherry feared it would be a spoilt rich princess, but it turned out to be party boy, James, then 19, an American student studying in London, whose £40,000 a year jetset lifestyle is funded by his parents back home.

His carefree approach to money couldn’t have been more different to cash-strapped nurse, Sherry, who manages to feed her five-strong family, two pet pugs, George and Archie, and resident pig, Sam, on the £2,000 a month the family earns.

Sam was bought on the premise of being a micro pig but grew into a normal sized hog.

Sherry brings in £1,1000 per month from her nursing, while her husband, who suffers from chronic pain condition fibromyalgia, gets £700 a month in disability support. Her elder daughter, Sharlie, a health and social care student, contributes around £200 a month from part-time caring.

Sherry thinks James seeing how she manages to feed the family on £50 a week, after they’ve paid their £800 per month rent, has changed his approach to money for the better.

She said: “I know living with us has changed his perspective on money.

“He’s not the type of teenager who will go out and splash hundreds on a night out anymore. 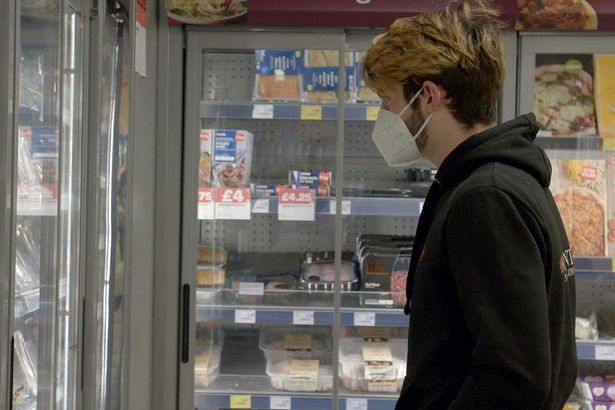 “Money does not make you more secure. If anything there’s more pressure for them and they’ve to keep up appearances in their own class.

“He doesn’t want to lose credibility.

“I like to save money when I know I can. When people tell me how much they’ve spent, I think about how many dying people I have to look after to earn that money.

“It did shock me how much he spent but I understand it was his life and he didn’t know any different.”

Before it was broadcast on Monday, Sherry didn’t tell anyone outside her family she was going to be on TV and the show came as a shock to friends and colleagues.

Despite James and the family unexpectedly getting on like a house on fire, other people have been less understanding with some branding the mum-of-three a ‘bad parent’ and telling her to get rid of her beloved pet pugs and pig.

And while she wouldn’t repeat the experiment again, she is glad of the chance to take part in the social experiment and challenge stereotypes.

She said: “We’ve only had issues from people who don’t know us. They were saying if you earn £2,000 pounds a month you shouldn’t keep the animals. 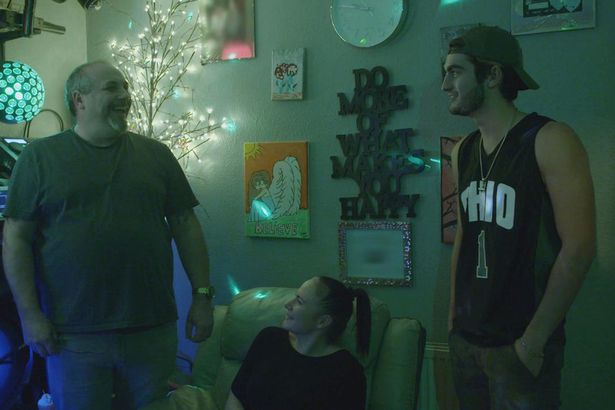 “And someone told me I was a bad parent. It’s just frustrating that people have their horrid opinions and share them before they know the full story.

“I did the show because the social experiment part of it appealed to me. I wanted to see how two different worlds can get on in one household.

“I wouldn’t do it again. I’ve answered my question that he’s no different to anyone else.

“Rich people still have their problems and their reputations to deal with. I want to end the stigma against rich people.

“I’m in touch with James’s mum and she’s lovely. She told me how James has learnt some good family values since he came to stay with us and to keep him in check if we have to.”

On the show throwing him in the deep end, Sherry and Stuart challenged James to feed all five of them one evening on a strict £5 budget.

"The worst case scenario is [he'll come out with] a frozen pizza," the mum-of-two admited.

But Stuart hit the nail on the head when he added: "Or there won't be enough to go around for everyone. Are we going to go starving tonight? I might!"

Sticking to what he knew, the American teen had his heart set on making burgers for the family – but was shocked to find the pre-made patties cost almost a fiver in the local shop.

Instead of swapping to a cheaper meal plan, James – who isn't used to being restricted while food shopping – buys four burgers and buns for £4.25 and decides that he'll either order in something different or go hungry.

Chuffed that he came 75p under budget, the pampered teen then treats himself to two packs of Coors Light beers for £10 each.

But it was only when the couple returned home with James' shop that they realised that his shop wouldn't make a substantial enough meal.