The REAL reason Boris Johnson is so fearful of ditching two-metre rule: Doom-monger advisers led by grim private polls, and the terror of being blamed for a new spike are paralysing the PM, write RICHARD KAY and ANDREW PIERCE

Sitting in his accustomed seat at the middle of the Cabinet table flanked by a handful of socially-distanced ministers, Boris Johnson called for order to enable a figure hovering nearby to speak.

Isaac Levido hardly needed an introduction. The softly-spoken 35-year-old Australian was one of the brilliant architects of last December’s decisive general election victories.

All the same, his presence at last week’s Cabinet meeting, when no civil servants are permitted to be present and at which ministers are encouraged to voice strong views about the Government’s performance, was highly unusual.

But then his message was unusual too. Addressing the room and the faces on the large TV screen, where other Cabinet members had joined by video conferencing calls, he presented the outcome of a series of extensive private polling on the way voters see the Tory Government’s handling of the coronavirus crisis.

The numbers were sobering. ‘It would be fair to say that the polls suggested there had been a sharp decline in public support,’ says one figure. But after three months of lockdown, the spectre of mass unemployment and more than 40,000 Covid-related deaths, this was hardly surprising.

What did raise eyebrows were the details behind the polling. On the one key issue which has laid bare a fault-line running through Johnson’s administration – whether to reduce the two-metre social distancing regulation – Mr Levido’s figures were startling. 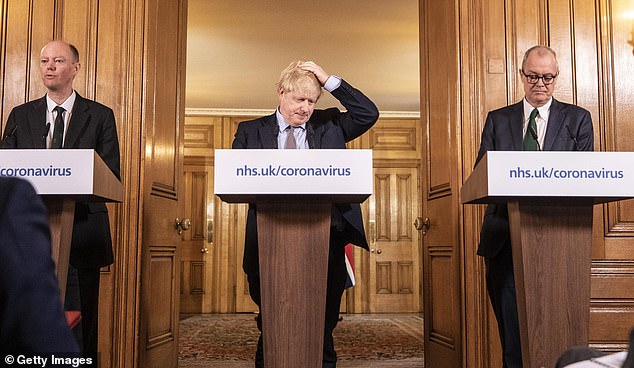 His polls showed that despite the clamour of the hospitality industry and the travel and tourist business – as well as a number of restless Conservative MPs – the public were not in favour of relaxing distancing to one metre.

The dilemma for Mr Johnson is that every time the two-metre rule comes up he gives every appearance of dithering, oscillating between the views of the scientists who have been opposed to loosening distancing and those voices within his own party who fear that every day we delay relaxation risks another nail in the coffin of one of the UK’s most vital sectors with its 3.3 million jobs.

The evidence from France, Spain and Italy, where hospitality has been opened up, is encouraging, with no signs of a feared second spike in illnesses.

Of course, the pressure to make the right call is huge but increasingly it seems that a prime minister who began this crisis sure-footed and with the firmest of grips is beginning to stumble and drift.

Not knowing of footballer Marcus Rashford’s brilliant campaign for disadvantaged children to be given free school meals over the summer holidays was just the latest example.

So what is going on? 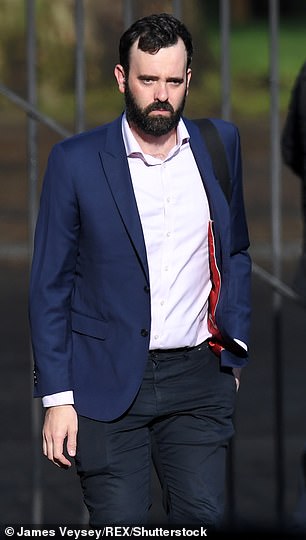 Many have been asking if Boris, physically weakened by his own brush with death, had become a prisoner of the science lobby. He knows that the reckoning over his handling of the pandemic is yet to come.

With a full-scale public inquiry all but inevitable, Johnson is also aware that many of the Government’s actions, particularly over the PPE scandal, deaths in care homes and the shambles over testing are certain to be pinned on him.

No wonder then, say supporters, he anguishes over the easing of social distancing. ‘Having almost certainly started lockdown too late, he doesn’t want to be responsible for ending it prematurely and seeing another surge in Covid deaths,’ says a ministerial source.

‘The fear is we will be judged after the event to have gone too slow into lockdown. We might be forgiven for that because no one knew how bad it was going to be. What we will not be forgiven for is coming out of it too soon.’

Others though suggest it is not anguish that prevents the Prime Minister making up his mind, but paralysis.

Up until now it has been assumed that Boris was refusing to take a lead on the most vexing issue of social distancing because of the fear his two main scientific advisers, Professor Chris Whitty, the chief medical officer, and chief scientific adviser Sir Patrick Vallance, might quit.

But actually far from being on the verge of resigning, Professor Whitty and Sir Patrick are attending a newly formed Cabinet committee which, we understand, will be making a recommendation by the end of the week on whether to reduce the distancing limit in line with the World Health Organisation guidance of one metre.

What, in fact, has driven his delay to any decision on relaxation has been the input of Mr Levido and his polls.

As a Downing Street source says: ‘The private polling shows the public are not on the same page as those Tory MPs clamouring for change. And we have to take the public with us on this. 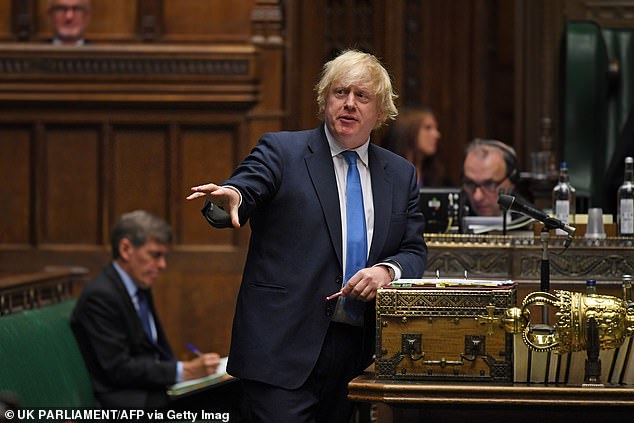 ‘We are committed to keeping the infection rate going downwards. If we cut the rate to one metre and infections accelerate we will jeopardise all we have achieved.’

With the issue surfacing at yesterday’s meeting of the 1922 Committee of backbench MPs, Mr Johnson was left in no doubt about the strength of feeling of Tory parliamentarians who are warning of significant job losses if it isn’t relaxed.

They fear that thousands of businesses in the hospitality trade may never reopen, including local theatres which have been part of their constituency architecture for decades. It has led even loyal backers of the PM to question whether he was now in thrall to the pollsters.

One Whitehall source’s verdict was scathing. ‘He (Boris) is very flat as he thrives in an optimistic environment,’ he said.

‘At No 10, he is surrounded by campaigners, but he is not running a general election campaign – he is running the country.

‘Polls must not dictate decisions. The Government has to lead and then the polls will hopefully follow the Government.

‘The public judge by how you perform, not what you pronounce. It’s like his claim about the world-beating test and trace system when, in fact, everyone knows there are problems with it.

‘It matters less what the polling and focus groups say and what is the right thing to do.’

The source added: ‘You don’t use a polling company to tell you what to think. As a leader you decide what to do.’

If Boris is to rediscover the vim and vigour that brought him into Downing Street then the role of the new committee examining the distancing rule is crucial. It is being chaired by a civil servant, Simon Case, the new permanent secretary at No 10, who until a month ago was working for Prince William.

A former private secretary to both David Cameron and Theresa May and a one-time director of strategy at GCHQ, Mr Case was brought in to coordinate the Government’s pandemic response – a sure sign that it had not been working well.

The Cambridge-educated mandarin is used to the trickiest of political problems. Before joining Kensington Palace, he was at the Brexit department wrestling with finding a solution to the Irish border issue once Britain left the EU. Alongside him at his office in No 10 is Clare Lombardelli, the chief economic adviser at the Treasury.

An insider familiar with the committee says: ‘The scientists are going through the facts, the international comparisons, and using them to test their own theories.

‘They are like the umpires calling out the scores but not making the runs.

‘Ms Lombardelli, on the other hand, is coming at it from Chancellor Rishi Sunak’s view – and he wants the two-metre rule lifted as soon as possible to limit the damage to the economy.

‘Simon Case will draw up the conclusions which he will then report to the Prime Minister.’

Asked if there was tension between the scientists and Downing Street, hence the fall-off in their appearances at the daily Covid briefings, the source said: ‘No, there’s a much more straightforward reason for that. They are fed-up doing them.

‘They were important at the beginning and they gave the PM ballast. Now they are a lot of work, hours of preparation.

‘And frankly they have got more important things to do with their time.’