A ROAD rage driver who smashed a man into a lamppost after dragging his girlfriend along the road with his car is now behind bars.

Daniel Walmsley, 29, was arrested after footage of him ploughing into a man in Newcastle's Bigg Market went viral on social media in July, police said. 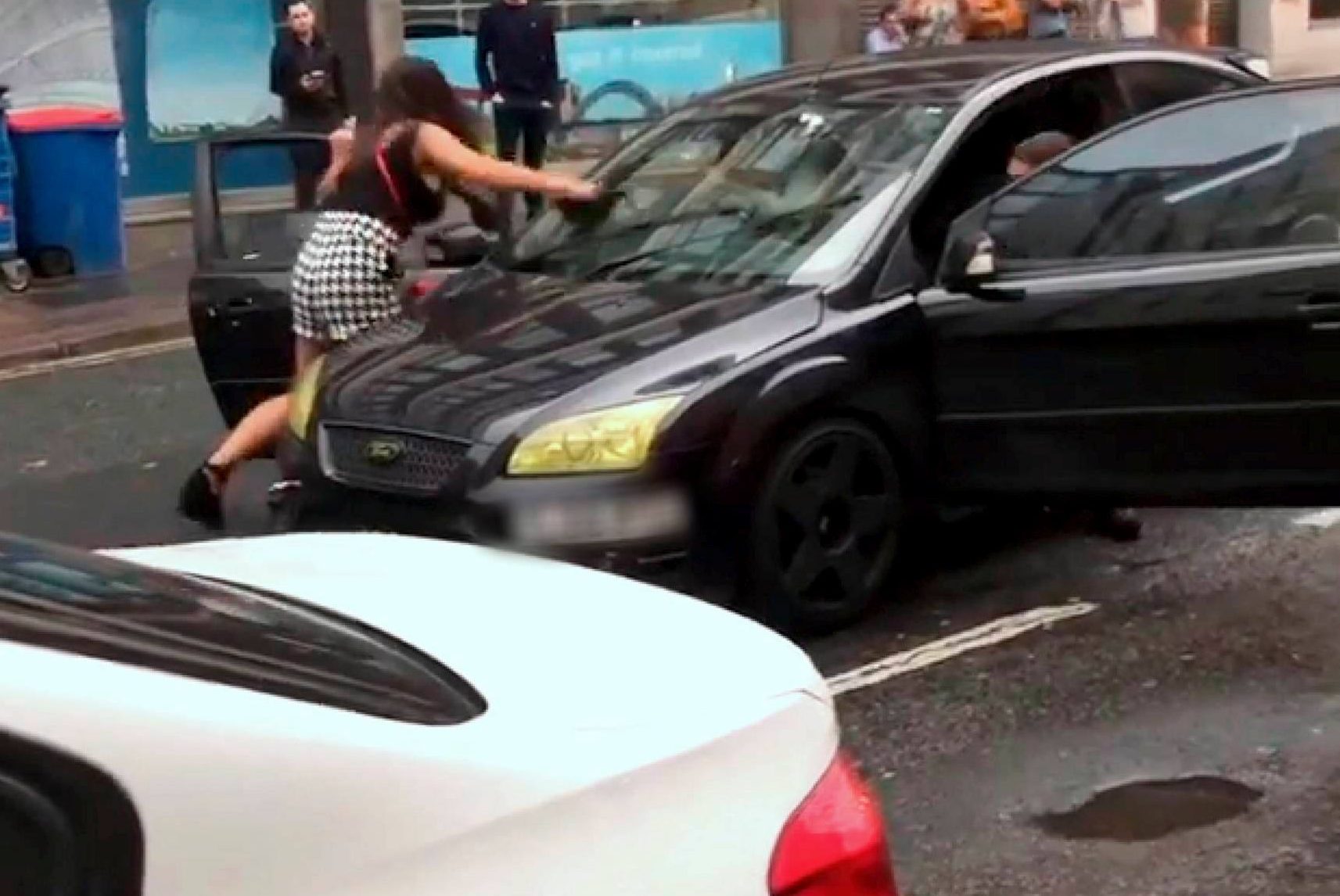 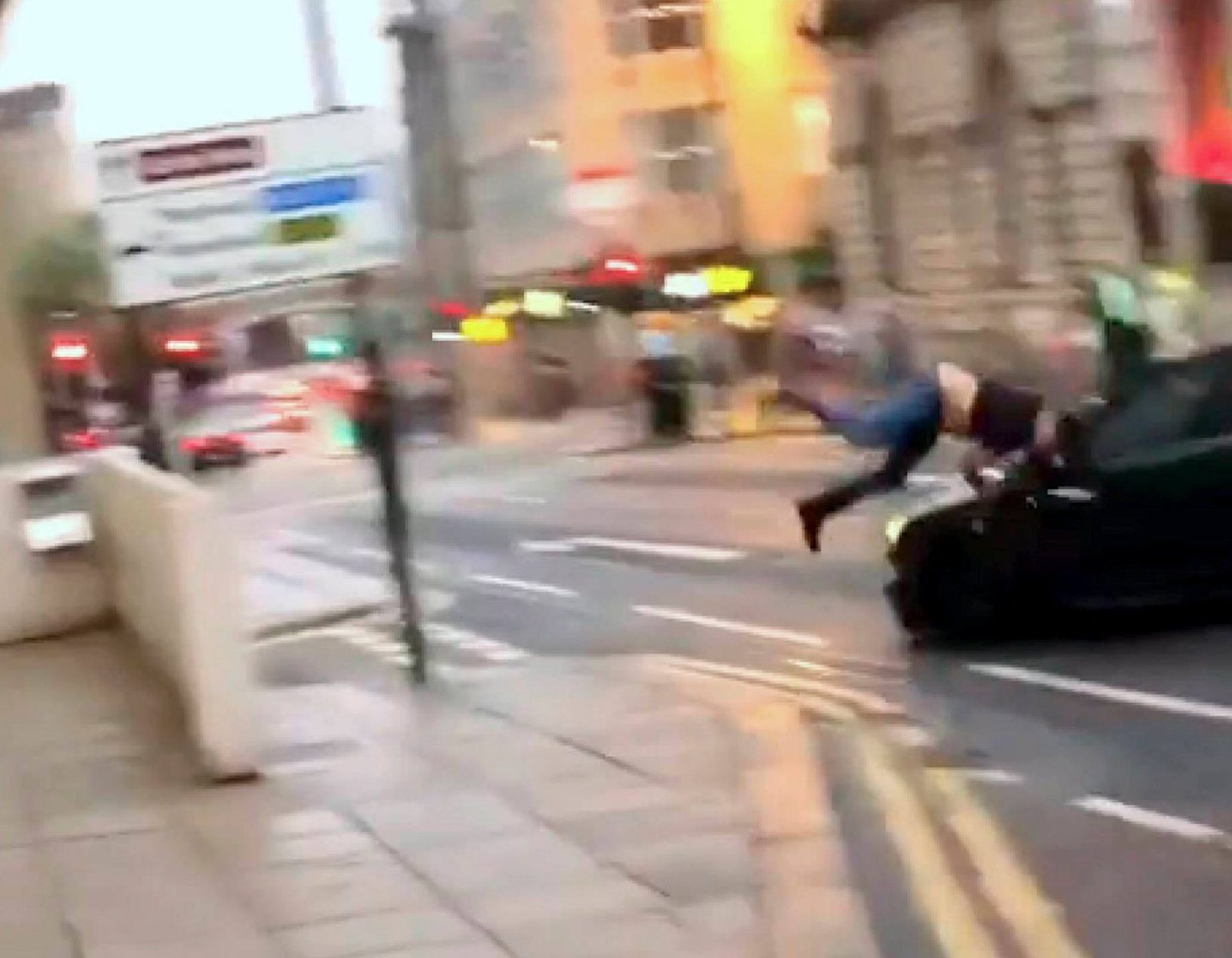 Video played at Newcastle Crown Court, when he was sentenced on Friday, showed a woman arguing with the driver of a black Ford Focus on a busy Saturday night.

The driver of the Focus then quickly reversed and tried to drive away from the area, dangerously throwing the woman to the floor.

The woman's boyfriend then began to remonstrate with the driver, but the vehicle instead accelerated towards him.

The boyfriend was hurled across the street and crashed against a lamppost before the driver of the Focus sped away from the scene.

The man and woman were able to walk away from the collision with no serious injuries, and when they were traced they did not want to assist with the investigation.

Northumbria Police carried out their inquiries without them, reviewing CCTV, and found evidence of an argument prior to the incident and that the woman had been pushed to the ground by the driver.

Officers identified the driver as Walmsley and he admitted causing actual bodily harm and dangerous driving in January.

The force said he was finally sentenced on Friday, where Walmsley, of no fixed abode, was jailed for two years and one month and banned from driving for five years and two months.

After the case, investigating officer Detective Constable Phil Hoggins said: "This was a very high profile incident as video footage of the assault was shared thousands of times on social media.

"It took place on a busy Saturday in Newcastle in an area of the city centre that was packed with people enjoying a night out.

"Walmsley's actions were dangerous, reckless and put the lives of innocent people who were enjoying their evening at risk.

"Using your vehicle as a weapon can have serious consequences and both victims in this case were extremely lucky not to suffer any serious injuries." 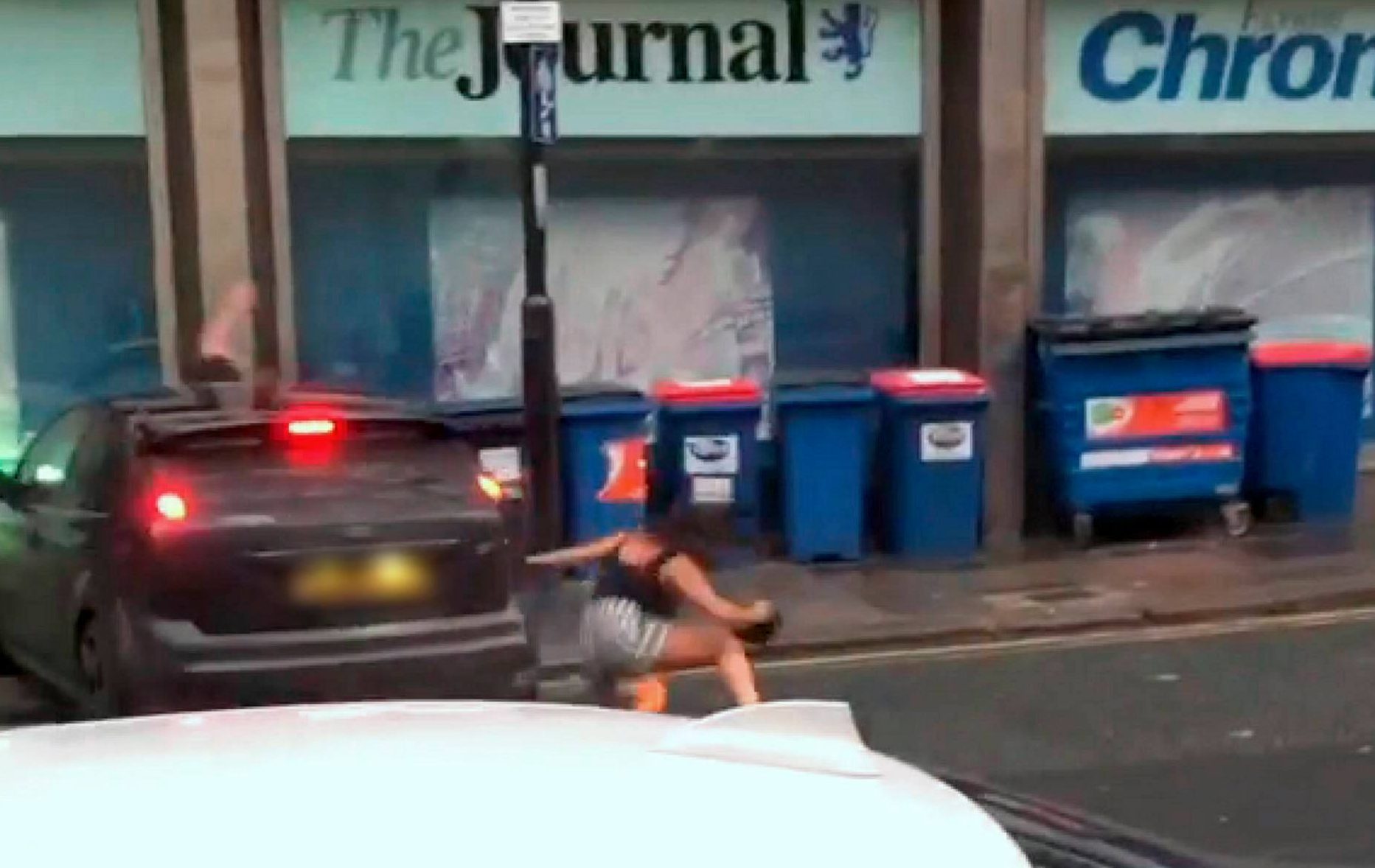 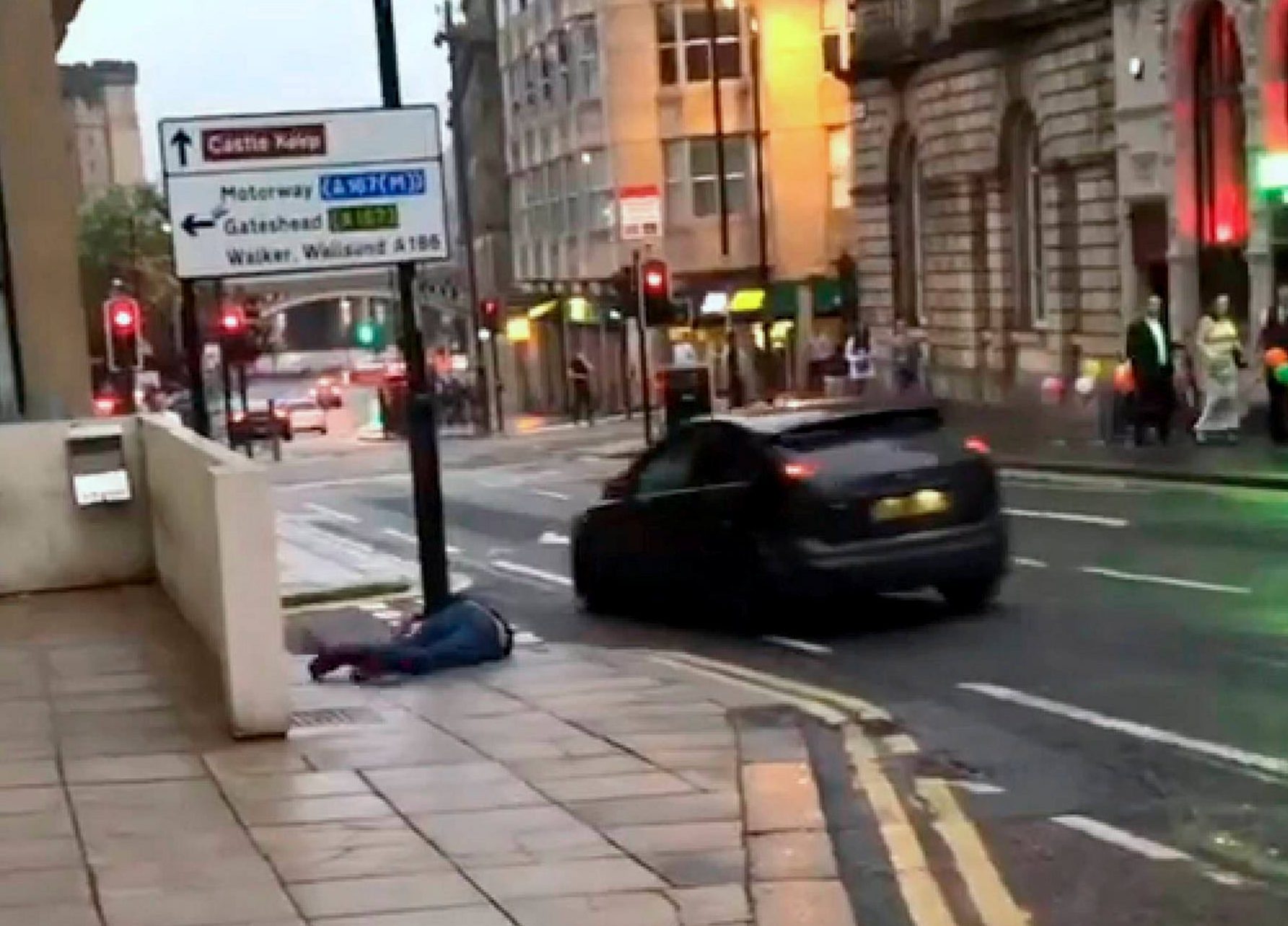 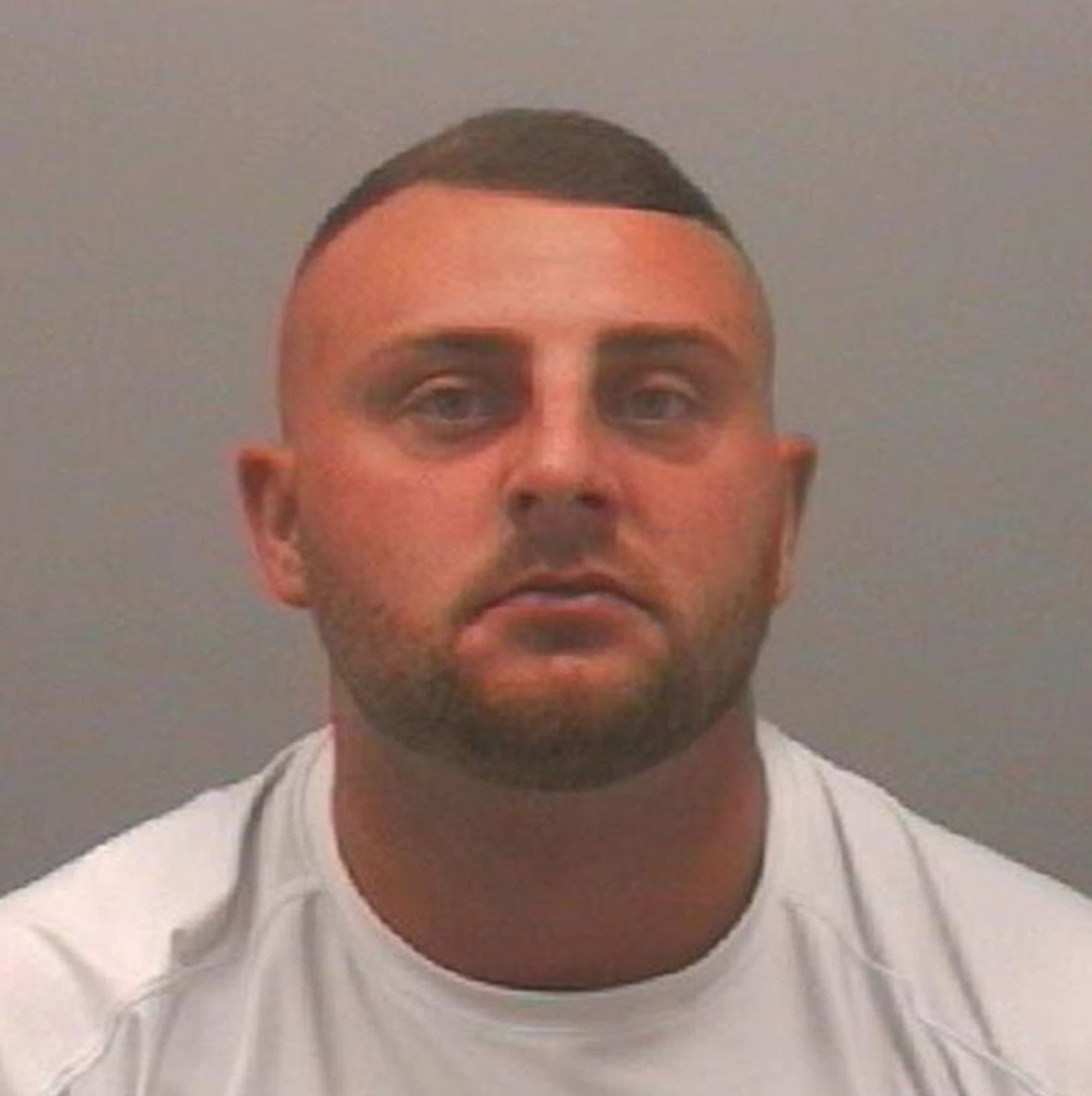