Royal Caribbean continued its evacuation efforts Saturday, one day after the island of St. Vincent was rocked by another volcanic eruption.

Since the initial eruption on April 9, authorities have worked to clear the Caribbean island and contain the damage. 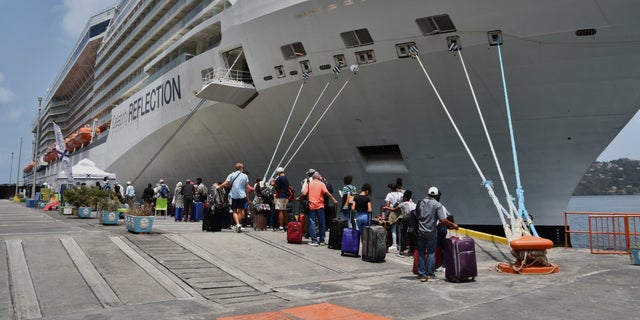 British, Canadian and U.S. nationals line up alongside the Royal Caribbean cruise ship Reflection to be evacuated free of charge, in Kingstown on the eastern Caribbean island of St. Vincent, Friday, April 16, 2021. (AP Photo/Orvil Samuel)

Some 20,000 people have fled to the northern end of the island for shelter.

La Soufriere, the volcano, has erupted only a handful of times: Experts have compared the current cycle to one from 1902, during which eruptions continued for months. 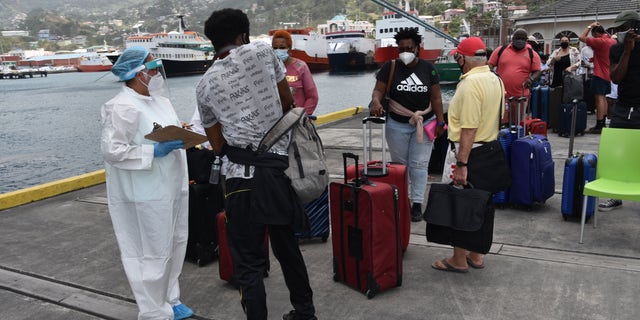 British, Canadian and U.S. nationals wait to board the Royal Caribbean cruise ship Reflection to be evacuated free of charge, in Kingstown on the eastern Caribbean island of St. Vincent, Friday, April 16, 2021. (AP Photo/Orvil Samuel)

British, U.S. and Canadian nationals have been evacuated on Royal Caribbean cruise ships, with hundreds ferried to nearby islands for safety.

“In addition to the 137 evacuees who debarked in St. Lucia last Saturday, Royal Caribbean Group’s Celebrity Cruises will evacuate 159 nationals from the United States, the United Kingdom and Canada to St. Maarten today,” a Royal Caribbean spokesperson told Fox News. 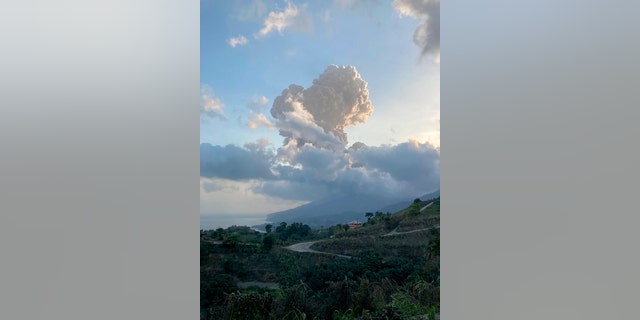 The evacuees were scheduled to arrive in St. Maarten by Saturday, with anyone aboard the vessel required to present a negative PCR or antigen test.

The cruise ships also made much-needed water deliveries, with more relief supplies on the way.

The U.S. Embassy said those aboard the cruise ships would have to make travel arrangements home from whichever island evacuees land.

So far, no deaths have been reported.

Fox News’ Lucas Manfredi and the Associated Press contributed to this report.