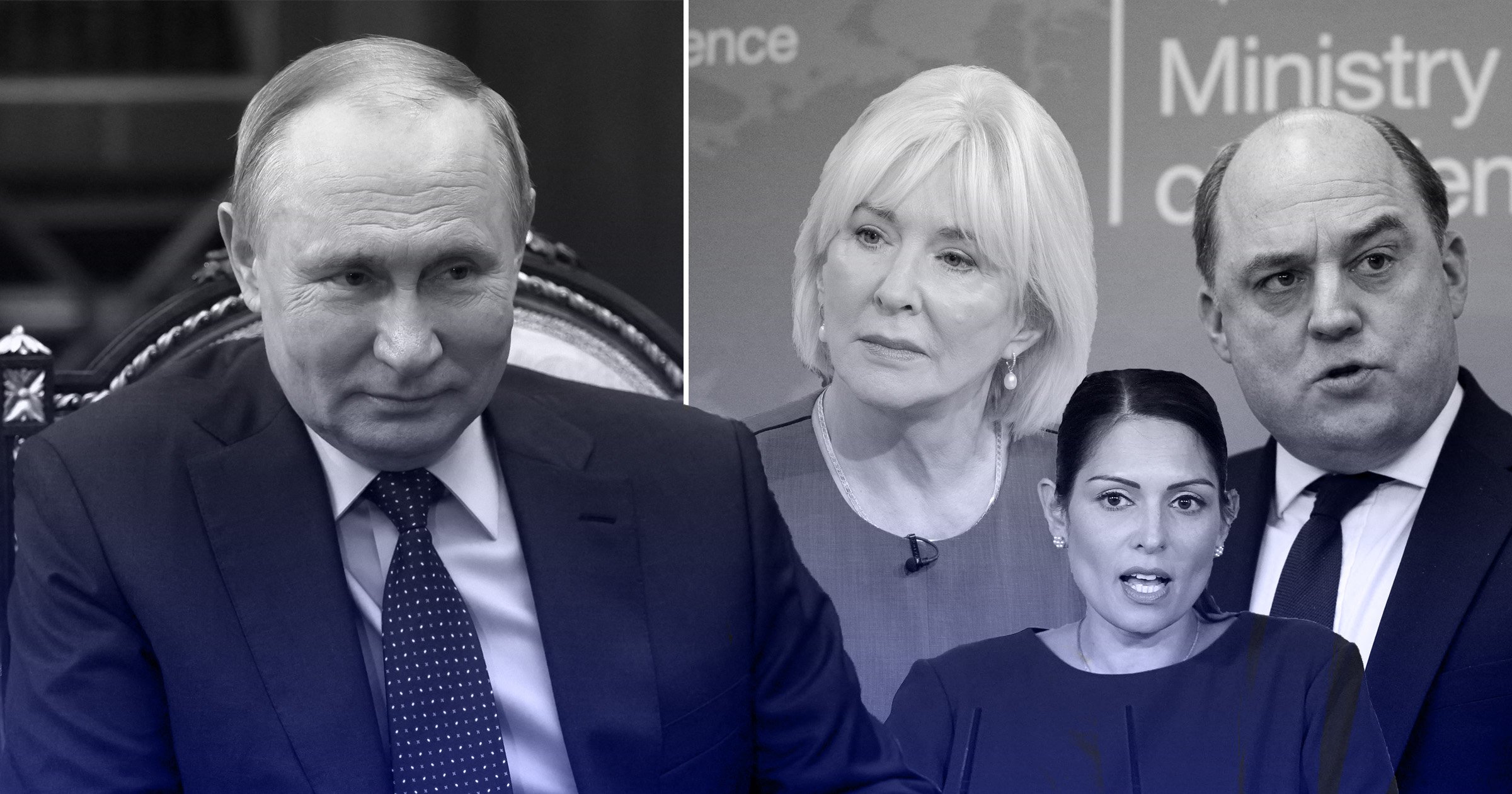 The video calls were an attempt by Vladimir Putin’s regime to distract from the crisis unfolding in Ukraine, Number 10 said.

Ministers fear the footage obtained in the calls could be doctored in a bid to embarrass the UK.

‘The Russian state was responsible for the hoax telephone calls made to UK ministers last week,’ the Prime Minister’s official spokesman said.

‘We are seeing a string of distraction stories and outright lies from the Kremlin, reflecting Putin’s desperation as he seeks to hide the scale of the conflict and Russia’s failings on the battlefield.’

On Thursday it was revealed how an imposter managed to get onto a Teams call with Mr Wallace posing as the Ukrainian Prime Minister Volodymyr Zelensky, and asked him to shout out slogans.

The Defence Secretary said he ‘terminated’ the call after becoming suspicious over ‘misleading questions’ – but demanded an ‘immediate’ inquiry over the security breach.

Mr Wallace had previously raised suspicions Russia was responsible for the incident – but this is the first time the Government has directly pointed the finger at Moscow.

Boris Johnson’s spokesperson added: ‘This is standard practice for Russian information operations and disinformation is a tactic straight from the Kremlin playbook to try to distract from their illegal activities in Ukraine and the human rights abuses being committed there.’

Ms Patel described a call from an imposter as a ‘pathetic attempt at such difficult times to divide us.’

This is a breaking news story, more to follow soon… Check back shortly for further updates.