A ‘lasting living memorial’ garden to commemorate the 19,000 people in the capital who lost their lives to coronavirus amid the pandemic was opened today by Sadiq Khan.

The London Blossom Garden at the Queen Elizabeth Olympic Park in Stratford, east London, which was set up in partnership with the National Trust, was unveiled by the London Mayor during a ceremony this afternoon.

The garden, which features 33 blossom trees, each representing a London borough, including the City of London, will also pay tribute to the ongoing efforts of the  nation’s key workers.

Speaking at the ceremony the London Mayor said: ‘We started working with and listening to families with those who lost their lives some time ago to see what they wanted, in relation to recognising the loss of their loved ones and having something that could pay tribute to the sacrifices being made.’ 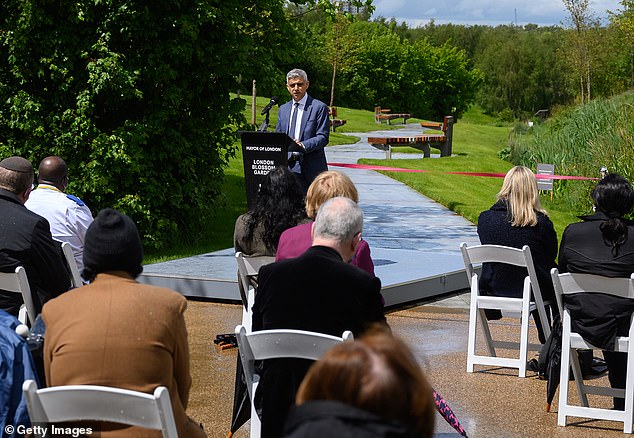 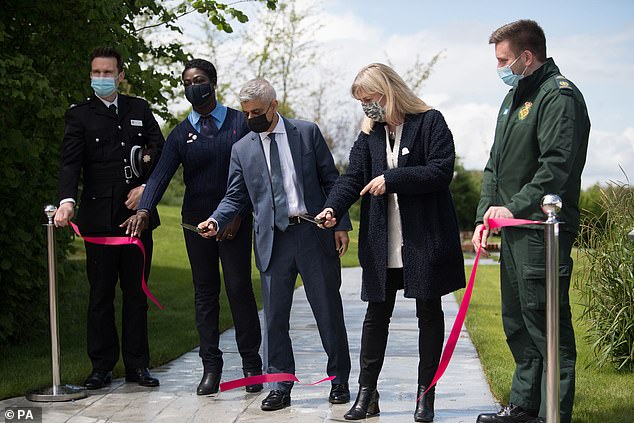 Mr Khan was joined by key workers from the NHS, TFL and other frontline organisations, for the opening ceremony 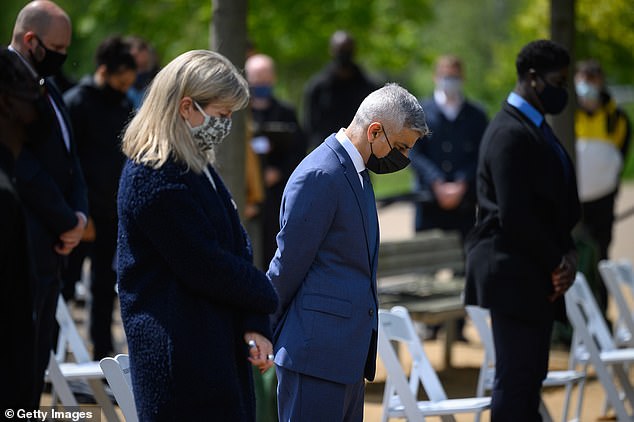 Mr Khan said the public garden would be a  place ‘to join together to remember the more than 19,000 Londoners who have tragically died’ amid the coronavirus pandemic

Mr Khan was joined by Hilary McGrady, director general of the National Trust, and key workers from the NHS, TFL and other frontline organisations at the opening ceremony today.

He added: ‘The new public garden is a place to join together to remember the more than 19,000 Londoners who have tragically died, to reflect on our own experiences of the pandemic and pay tribute to our key workers.’

Local residents were consulted on the design of the garden, which was created by The Edible Bus Stop and Davies White Landscape Architects, with support from Bloomberg.

The opening of the memorial coincided with Mr Khan’s announcement about the first phase of The Recovery Bereavement Programme, which will offer support to Londoners and will begin with a public awareness campaign led by Thrive LDN.

‘We must work towards bereaved people having access to support that meets their particular needs, when they need it.’

Hilary McGrady, director general at the National Trust, said: ‘As the flagship site grows and becomes more established, we hope it will become a familiar place for people to witness some of nature’s spectacles.’

The opening of the memorial garden comes just days after Mr Khan urged Londoners to remain cautious as lockdown rules continued to ease.

Taking to Twitter ahead of the latest easing on May 17, the London Mayor said: ‘I know we’re all looking forward to taking the next step in the Government’s roadmap out of lockdown tomorrow.

‘But we still need to be careful when mixing indoors—opening windows, limiting time spent and washing hands all help. Don’t forget, this virus is still with us.’

The warning came as scientists said the Indian coronavirus variant may already be the dominant Covid strain in the UK after growing ‘exponentially’ since March.

Documents published by the Scientific Advisory Group for Emergencies said the highly infectious B.1.617.2 strain likely made up the ‘majority’ of the UK’s infections by mid-May. 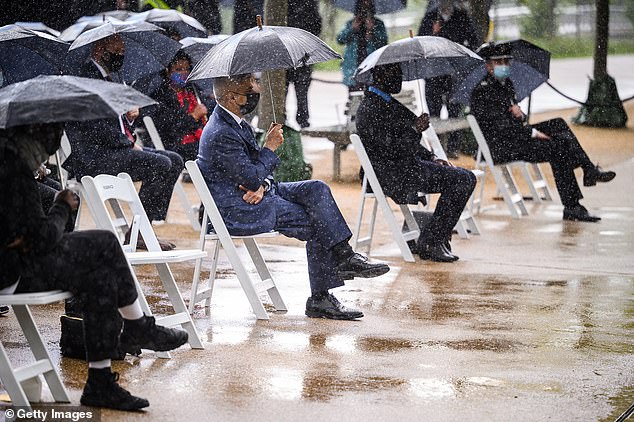 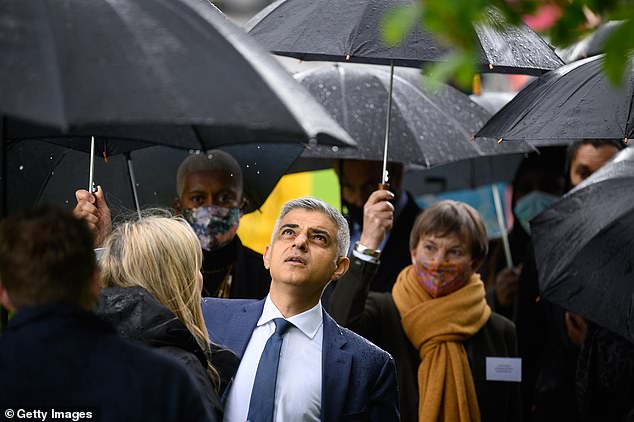 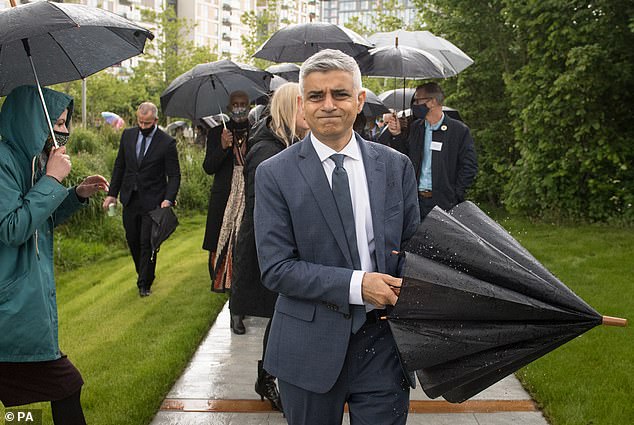 The SPI-M subgroup modelled the variant’s spread on May 12 based on how rapidly it spiralled last month, and forecast that it would account for more than 50 per cent of cases by the middle of the month.

Earlier today, figures revealed Britain’s Covid cases were continuing to rise in the face of the relaxation of lockdown and the rapid spread of the Indian variant.

Department of Health bosses posted 2,439 positive coronavirus tests — up 23.2 per cent on last Monday’s figure, with cases having crept upwards since the start of May. Another three victims were also recorded, compared to five last week.

Meanwhile, another 380,000 vaccines were also dished out as the NHS inoculation drive continues to pick up pace.

It comes as it was revealed that official plans for social distancing and ‘Covid certificates’ after June 21 won’t be revealed for at least another week, despite rising hopes that England’s ‘freedom day’ can go ahead.

Boris Johnson promised the conclusions of critical reviews for England would come before the end of the month, giving businesses time to prepare for the changes.

But Downing Street indicated that the timetable had slipped as ministers wait for the latest data on the Indian variant.