San Jose officials have pushed for a change to Santa Clara County’s sanctuary city policy after learning that a suspect in a stabbing spree was undocumented and had been deported multiple times, according to reports.

Mayor Sam Liccardo and Police Chief Eddie Garcia have appealed to Santa Clara County regarding its policy for the second time in little more than a year, the San Jose Spotlight reported.

“Currently, the Santa Clara County policy prohibits responding to immigration detainers, which allowed the suspect to be released,” Garcia said in a news conference. “I received the question, ‘What could have prevented this tragedy?’ I won’t point to a single thing, but rather a multitude of tools and opportunities that were not utilized or failed.” 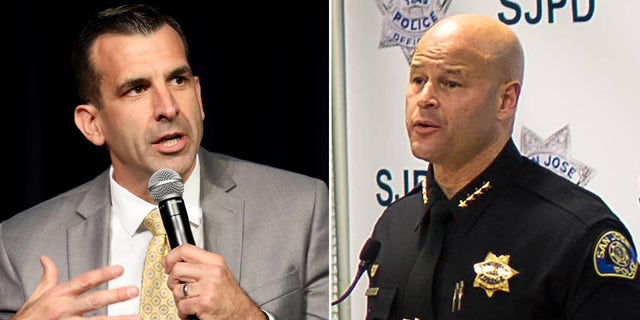 "On three prior occasions, Lopez had been deported and ultimately returned to the United States," said Chief Garcia at the news conference.

Liccardo added that he could not understand how a defendant “with multiple prior convictions” was released over strong objections by the district attorney.

Liccardo and Garcia heavily criticized the county’s policy of non-cooperation: under state law, and in many other counties, Lopez could have ended up in the custody of federal immigration authorities, according to Mercury News. In Santa Clara County, however, law enforcement is barred from alerting ICE about the pending jail release of an undocumented immigrant sought for deportation.

California has a stricter policy, which prohibits detainment of released inmates for ICE absent a judicial warrant, but it does allow for notification about an imminent jail release.

County Executive Jeff Smith told the San Jose Spotlight that the city leaders were acting in an “unprofessional” manner.

Liccardo and Garcia stressed, however, that they do not think this incident is representative of all immigrants and homeless people in their city.

“The state has set out a balanced approach to both protect our immigrant community and public safety,” Liccardo said. “The county should do the same.”