Storytelling is a necessary part of politics. Still, it is unusual to see practising politicians talk openly about their craft, so it was interesting to watch the ABC’s Leigh Sales on 7.30, a few weeks back, ask Scott Morrison whether his approach to issues – including bushfires, aged care, and quarantine – suggested a tendency to “duck responsibility wherever possible”.

Morrison said, “That’s your narrative, Leigh.” Sales insisted she was spelling out the facts, to which Morrison said, “I’ll tell you what the narrative is, Leigh, I’ll tell you what’s happened over the last 18 months in particular.” He proceeded to do so. It was a story of success, of course, with little attention given to responding to the specifics Sales had raised. 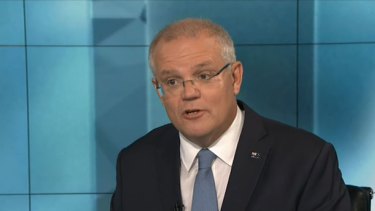 Morrison has had, since the very beginning of the pandemic, a particular narrative to tell about it – one of unchecked optimism and progress. He suggested it was moving more towards a “bad flu” than a deadly virus. He declared he would go to the football (before realising he shouldn’t). He didn’t want to use the word “recession” or the word “lockdown”, and insisted there would be no backwards steps.

This makes one of Morrison’s other answers striking. Sales put to Morrison the fact that the flu usually kills thousands of Australians. She listed death tolls: 4000 in 2019, 3000 in 2018. Then she asked, “Are political leaders going to have to have an honest conversation with Australians about what living with risk looks like?”

Morrison responded: “That’s exactly the conversation that Australia’s government leaders are having through the national cabinet.”

This was just four weeks ago – and so is interesting, as a very recent snapshot of what now seems like another era, when the government seemed interested in such conversations – in other words, before Morrison seemed to decide, for political reasons, to more fully embrace elimination as the goal of virus management. 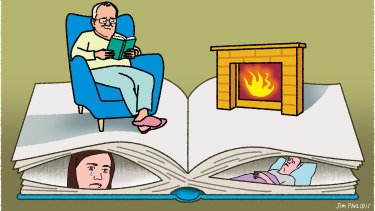 But it is interesting, too, because it points to a coming collision for the Prime Minister: the clash between his simple, brightly optimistic narrative, and reality itself, which is both more complex and less happy than Morrison would, most of the time, have us believe.

Morrison’s rhetorical optimism is not, in itself, a terrible thing. There is a role for leaders, in dark times, to rally their citizens with hope. But many of Morrison’s hunches turned out to be wrong. Lockdowns were essential, he didn’t go to the football, “economic measures had to be extended past their original dates, and various areas went back into lockdown again.

Given this, the important question is whether the bright rhetoric was only that, or whether it affected government thinking? And whether, despite all those mistaken assumptions, it is continuing to do so?

Recall that Morrison resisted stringent lockdowns early on. And recall, too, his government’s failure to plan properly for what might happen when the virus hit aged care homes.

It would be possible to dismiss these as isolated mistakes – except that history seems to be repeating itself.

No doubt there are several factors contributing to the hopeless vaccine rollout. Politics is one, incompetence another, as well as plain bad luck.

But as we enter another winter, with vaccinations in aged care homes a shemozzle, and old quarantine recommendations only being attended to now, it is hard to resist the conclusion that the Prime Minister really believed that things would magically turn out all right, regardless of what he did. Perhaps this was always the case, or perhaps at some point the spin he repeated so often morphed into an actual belief.

This problem, of mistaking spin for reality, sometimes spreads beyond the government. There has been much talk of Morrison having solved various political problems with the budget. In turn, this has meant less attention for those issues. But have they actually been solved?

Two weeks ago, the government apparently felt confident enough in its standing with women that it could reportedly blindside Brittany Higgins – who was hospitalised a few days later – by tabling a report related to her without notifying her first, or telling her it would contain material from an interview with her. This suggests the attitudes that have caused so many problems in the government have not changed. But the government – and much of the press – now talks about the issue of sexism as though politically sorting it is the same as actually sorting it.

Another one of those issues apparently sorted by the budget was aged care. After last week’s various embarrassments, that seems implausible.

The “honest conversation” about living with risk that the Prime Minister foreshadowed several weeks back will, at some point, become important. But would you trust this government to have it, with the honesty and complexity required? Or is it more likely to tell us everything will be fine, and then fail to adequately prepare? Of course, for most of us everything will be fine. And those who aren’t fine – well, they won’t be part of any story the government chooses to tell.

The Opinion newsletter is a weekly wrap of views that will challenge, champion and inform your own. Sign up to receive it here.