Scrubs producer Eric Weinberg, 62, is charged with 18 counts of sexual assault between 2014 and 2019 after he ‘relied on his Hollywood credentials to lure women to photoshoots and assaulted them’

The co-executive producer of popular US comedy series Scrubs has been charged with 18 counts of sexual assault.

Eric Weinberg, 62, is said to have ‘relied on his Hollywood credentials’ to lure young women to photo shoots where he allegedly assaulted them, according to  the Los Angeles County District Attorney.

The charges stem from alleged incidents involving five women at different times between 2014 and 2019.

He also faces one count each of assault by means of force likely to cause great bodily injury, attempted sexual penetration by use of force and false imprisonment by violence.

He was arrested on Tuesday but has since been released from police custody after posting a $5 million dollar bond and is expected to be arraigned on October 25 at the Foltz Criminal Justice Centre in downtown Los Angeles.

He was previously arrested in July in connection with the case but again posted a multi-million dollar bond.

‘Power and influence can corrupt some to hurt others that often leads to a lifetime of trauma for those who are victimised.’

The case is still under investigation by the Los Angeles Police Department and further victims or anyone with information have been urged to contact detectives.

LAPD Capt. Kelly Muniz told the Los Angeles Times the department had identified at least eight victims, with investigators looking for possible others. 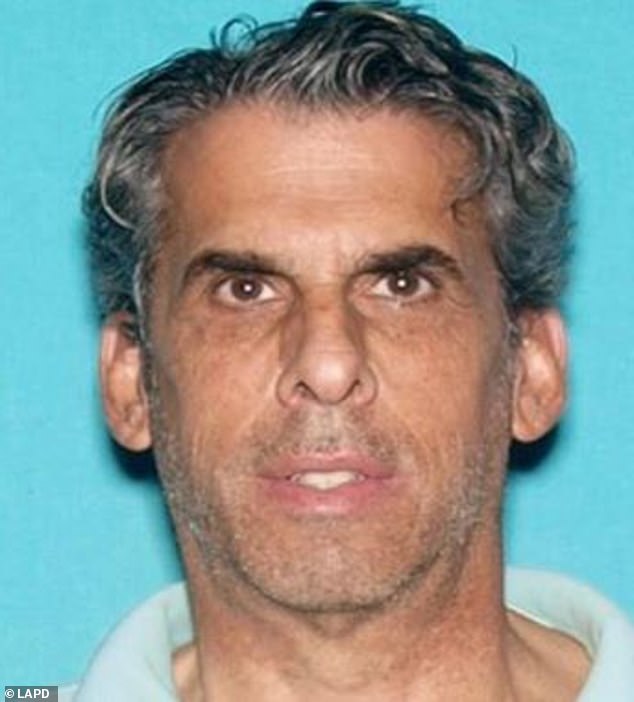 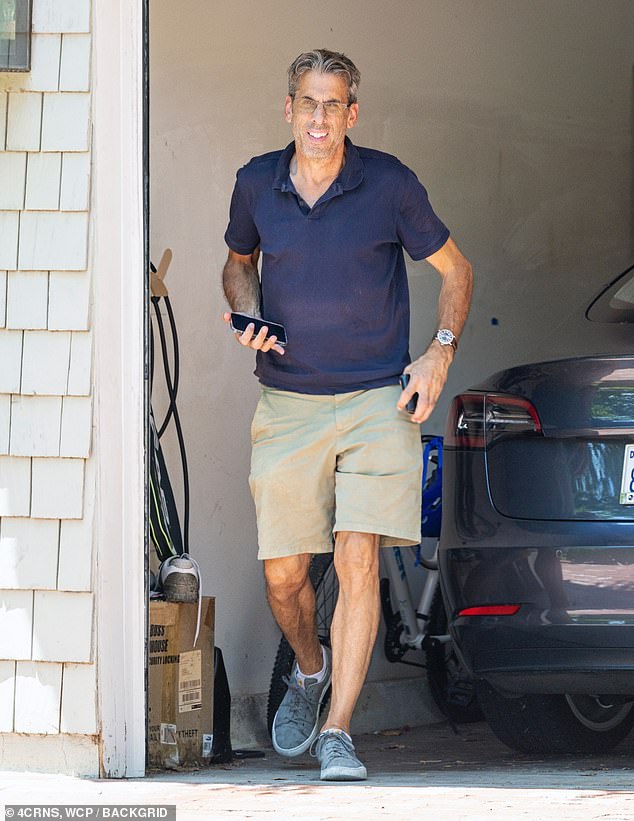 Weinberg was previously arrested in July and subsequently freed from custody after posting $3.2 million bail. It is currently unknown if he will post the new $5 million bail 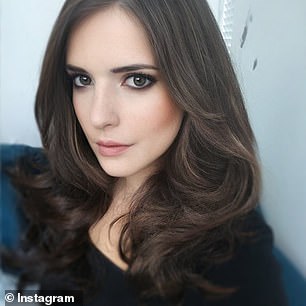 Among the women accusing Weinberg of sexual assault was storyboard artist Avian Anderson, 33, who told Hollywood Reporter how Weinberg used his reputation to lure them in

Micha Star Liberty, a Bay Area civil rights attorney representing some of the women accusing Weinberg, said in a statement that she was ‘grateful that the District Attorney has acted in furtherance of accountability’ when the new charges were pressed.

‘The significant number of victims and the horrific impact inflicted upon those women will not go un-remediated,’ she said. ‘We will not rest until there is justice.’

Representatives for Weinberg could not be immediately reached for comment. A lawyer for Weinberg in his child custody case previously called the victims’ allegations a ‘blatant smear campaign.’

Weinberg has served as a producer on several TV shows, including Scrubs, Veronica’s Closet, Californication, Anger Management and Men at Work.

Police had presented two rape cases regarding Weinberg to the DA’s office in 2014, but they were dropped due to lack of evidence, according to LAPD records.

‘It wasn’t until detectives received a recent late-reported rape that they opened another investigation into Weinberg,’ LAPD officials told The Times. ‘It was… this new reported crime that led detectives to the additional victims being identified.’

Police said in a statement that they are scouring a Facebook group created by alleged victims of Weinberg to track down more evidence and witness statements.

Among the eight women to come forward about with their allegations were storyboard artist Avian Anderson, 33, restaurant manager Kayra Raecke, 22, and artist Claire Wilson, 30.

Anderson – who’s worked with Disney, Warner Bros. and DreamWorks – told Hollywood Reporter how Weinberg lured her in with the promise of taking her photographs for a secret portfolio that he didn’t want interfering with his work as a TV producer.

Once he had her in his home, however, she says he pounced.

First, she claims he started digitally penetrating her anus without her consent and performed oral sex on her to make her body ‘glisten’ for his photos.

After the 2019 encounter, as she was getting dressed, she claims he said: ‘You’re not going to go to the police and tell everybody that I raped you, are you?’

Anderson didn’t bathe for three days to ‘preserve the dried semen’ on her body, she says, then she went to the police.

Later that year, in December 2019, Wilson met Weinberg through the OKCupid dating app.

She described meeting him in a bar then going back to his home where they kissed consensually. She says he then forced her to perform oral sex on him, and later ‘pinned her down’ and forced her into other, unspecified sex acts.

Raecke claims that Weinberg raped her in April 2014 after convincing her to allow him to photograph her.

‘After I had said no so many times, he continued doing what he wanted  anyway. I didn’t know what else he was capable of – including violence,’ she said. ‘It thought there was a real possibility that I might die there.’

According to a declaration filed in 2020, Raecke said Weinberg chocked her to the point where she nearly passed out.

The woman then drove to Planned Parenthood – telling them ‘I think I’ve just been raped’ – and then she went to the police. She says she called Weinberg, who cried on the phone about his children but didn’t confess to what he’d done.

It was one of the cases The LA District Attorney’s Office declined to prosecute.

She had said it was non consensual but when questioned by police, he said it was. The case was dropped.

Another woman alleged that he lured her to his house and forced her to pose in his young daughter’s bedroom, where she claims he sexually assaulted her on the child’s bed.

She later phoned his wife to tell her she was worried for the daughter’s safety around him. 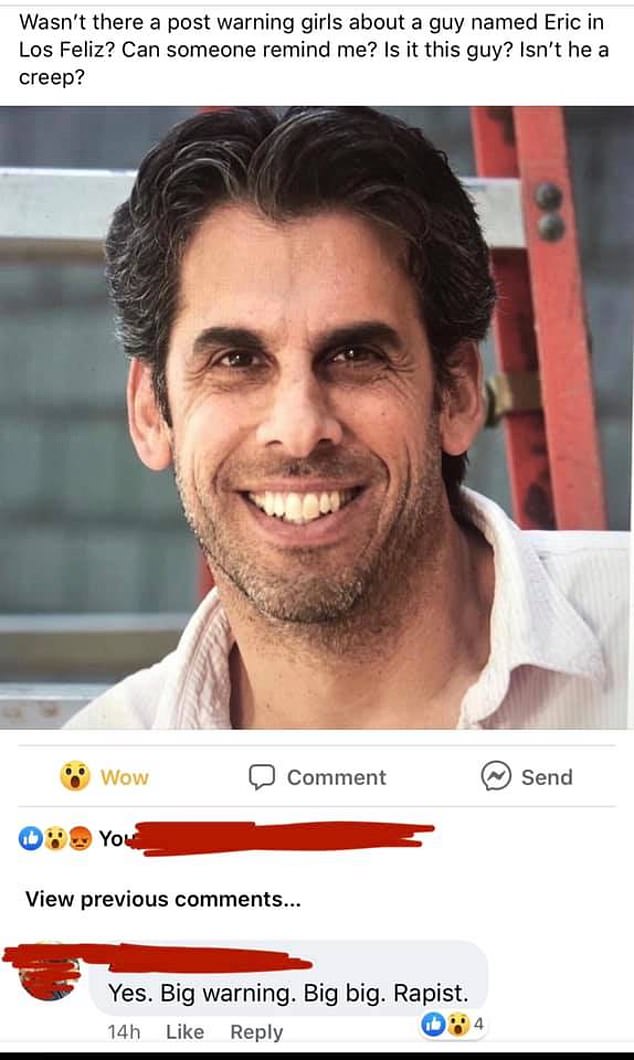 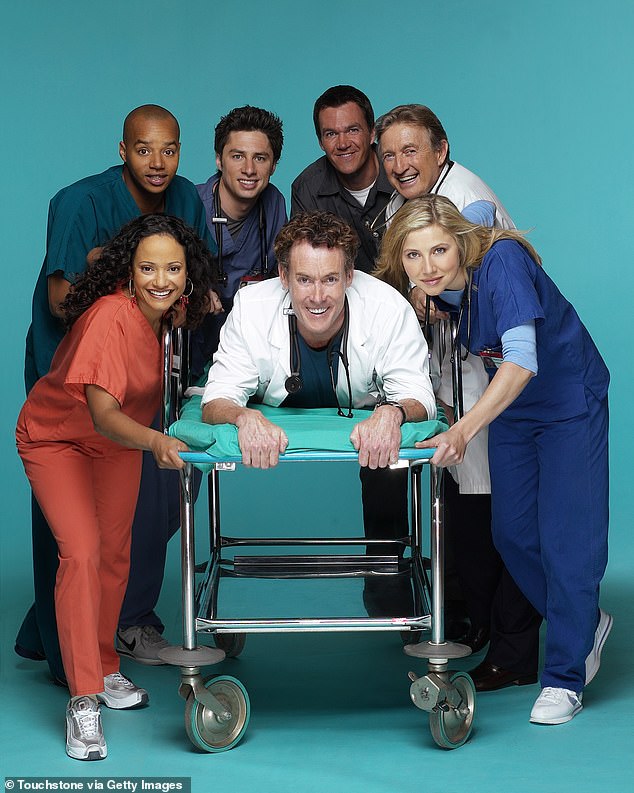 Weinberg has served as a producer on several TV shows, including Scrubs (cast pictured), Veronica’s Closet, Californication, Anger Management and Men at Work

Other women alleged that Weinberg would follow them in his car, introducing himself to them multiple times in the space of a year or several months, having forgotten that he’d already approached them and been rejected.

One woman said he approached her on a bicycle in Echo Park, while she was walking.

Another anonymous accuser also told The Hollywood Reporter how he attacked her in 2014, when she was 18. She says he called after her in a parking lot and told her he wanted to photograph her. He told her he worked for Scrubs, which was one of her favorite shows.

The aspiring young actress consulted her mother, who had concerns. Weinberg, she claims, reassured her mother by saying: ‘Don’t worry, I have a daughter myself. I totally understand. I mean no harm to your daughter.’

She took her friend, Celina Kimelman, to his house for their ‘photo shoot’.

She claims that he told the friend to stay in the living room while he brought her upstairs for better lighting, then began ‘pushing’ for her to become more sexual.

She says he posed her on his bed, pulled aside her clothing and began digitally penetrating her without warning or consent.

As her eyes welled up with tears, he took out of camera and started taking photographs. He then returned to the living room where he invited the friend to have her photographs taken.

After taking her upstairs, the friend said he performed an identical assault on her. 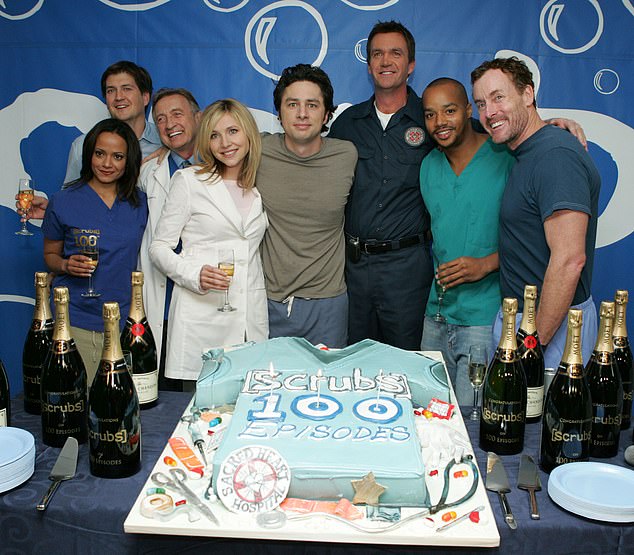 Pictured: The cast of the hit show Scrubs, which Weinberg would regularly use to impress the young women. He worked on 92 episodes of the hit sitcom

Weinberg had sought treatment for sex addiction during his divorce from his wife.

She didn’t file for divorce in 2017 officially, because she didn’t want to put on record that he was addicted to sex after he had been accused of rape.

She relinquished all mercy when she learned he had approached a 16-year-old classmate of their son in a Starbucks and offered to photograph her.

‘It’s so hard for me to just emphasize how clear it was that I was a high school student. I was 16 and had these skinny, almost prepubescent long legs,’ she said.

The girl said she was hunched over a laptop with a backpack and fluffy key chain at the time – yet more proof of how young she was.

‘You strike me as someone who would be very comfortable with their body. He pulls out his camera roll and he proceeds to show me photos of many naked women,’ she recalled him saying.

Weinberg has not issued any public comment about the allegations, but in court filings and private conversations, he has gone from claiming the women are ‘out to get him’ to admitting interaction but insisting it was consensual, and in others confessing he had ‘bad judgement’.