Richard Edser, 94, from Harlow in Essex, was on board the HMS Formidable aircraft carrier during his service in East Asia.

After his death on August 12, his children Bernard Edser and Madeline Couchman said in a statement: ‘We know how much Dad would have liked to have been present at the VJ Day 75 celebrations if they had been allowed to take place this year. 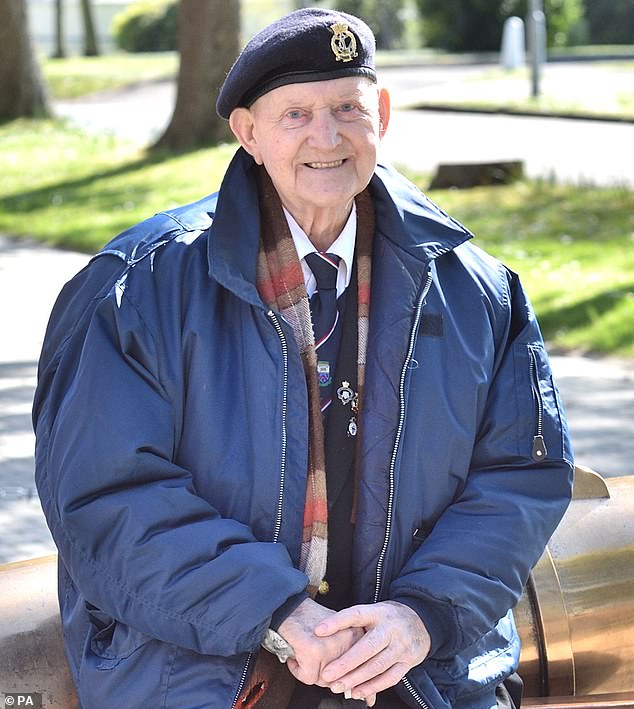 Richard Edser, 94, from Harlow in Essex, has died just days before this year’s Victory in Japan (VJ) Day

‘Events like these kept him going, he was very proud of being in the Navy and being connected to the forces.

‘Right up until the end he liked to be well groomed and smart, appearances mattered to him, he was a very proud man who will be sorely missed.’

Signing up aged just 17, his training and military career took him around the world, including to Belfast, Norway, Gibraltar and the Pacific.

In July, Mr Edser said VJ Day, being marked under Covid-19 restrictions on Saturday, was important to him because he wanted people to know about veterans’ war efforts. 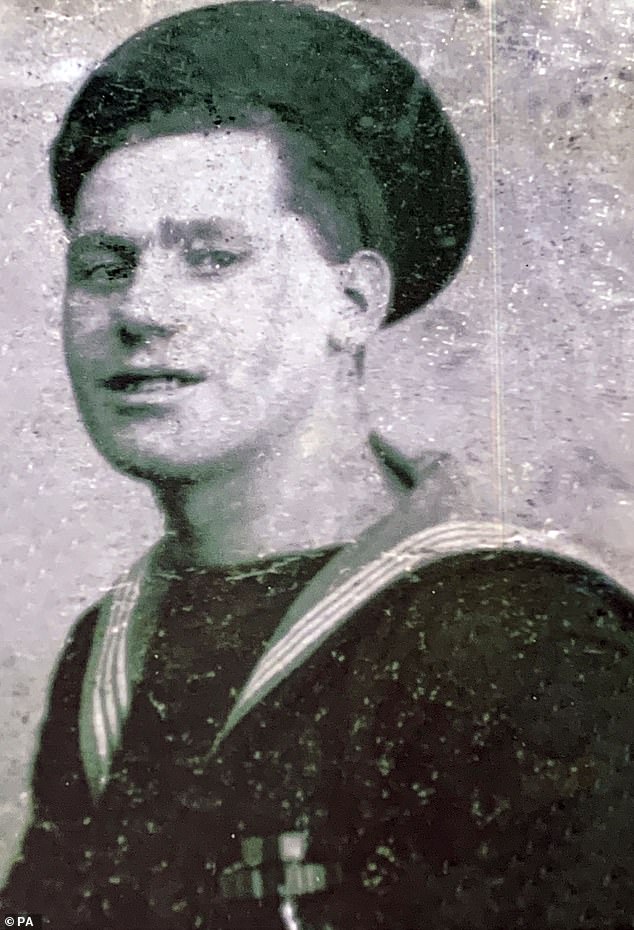 He added: ‘All the people that was lost, all my mates.

‘It’s one of those things, we went to war and that’s it, to save the country.’

Mr Edser shared his memories of the conflict, including when his ship was struck by a Japanese kamikaze plane on May 5, 1945.

Locked in a gun turret, Mr Edser said he was at first not aware of the full impact of the attack, which would be followed by another just three days later.

He said: ‘We didn’t see it until after the action was over, but we had to sweep the deck with all the debris.

‘All they found of the pilot was one arm, with his wrist watch on.’

Mr Edser admitted he turned to prayer during attacks on the Formidable.

He said: ‘I’m not afraid to say that, I used to pray that I come out alright.’

Despite the hard work on board, which included placing chocks under the wheels of aircraft, Mr Edser said there were still moments of enjoyment.

The crew would play ‘deck hockey’ on board and arrange boxing matches.

Mr Edser described how he learned to string his hammock up close to the ship’s bakehouse, despite the rats, because it was a warmer spot. 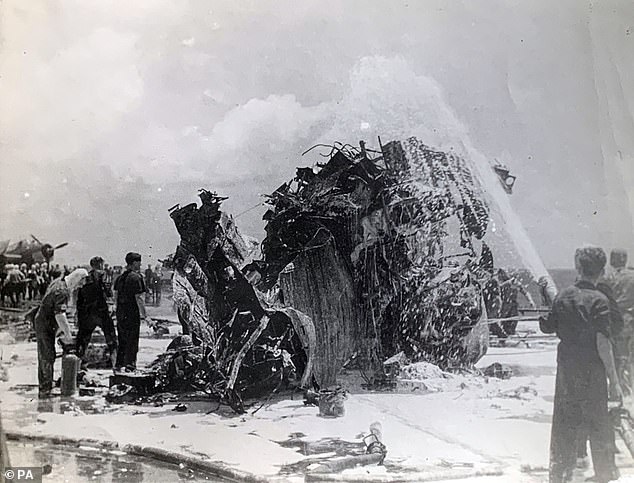 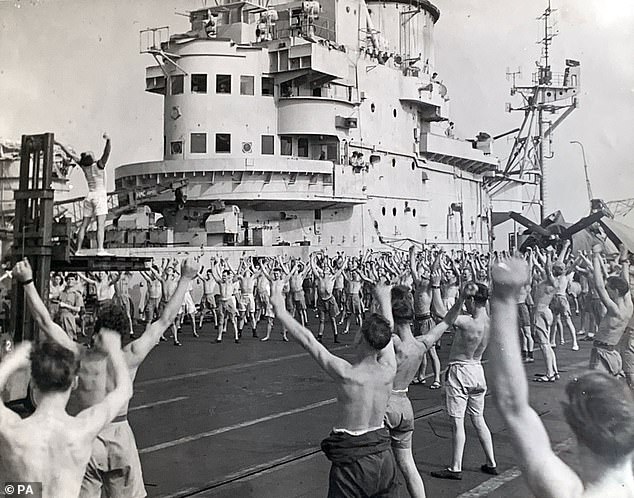 Mr Edser said there was little fanfare when the Formidable later returned to England in 1946. Pictured: The HMS Formidable crew exercise

He actually missed out on his comrades parading through the streets of Sydney in Australia following the Japanese surrender on August 15, 1945, because he was on leave.

He said: ‘I was courting a woman out there.’

Mr Edser said there was little fanfare when the Formidable later returned to England in 1946.

He said: ‘Nobody was on the jetty at all, that’s why we were called the forgotten fleet.

‘When we came back to England it was just another day.’

Mr Edser received support from the Taxi Charity for Military Veterans, which normally arranges trips and special days out for former servicemen with the help of London licensed taxi drivers.