Seven siblings attend their dad's funeral after battle with council

The grieving family who changed the lockdown funeral rule: Seven siblings get permission to attend service for their father, 72, after battling council on rule that banned more than five mourners

Seven siblings managed to overturn a council’s limit of five mourners at any funeral so they could give their dad a proper send off.

Sheffield dad Gerald Hackford, 72, died from a heart blockage on April 16, hours after cheerily speaking to loved ones the night before.

While planning the funeral, Sheffield City Council told the grieving family only five of them could attend due to Covid-19 lockdown measures. 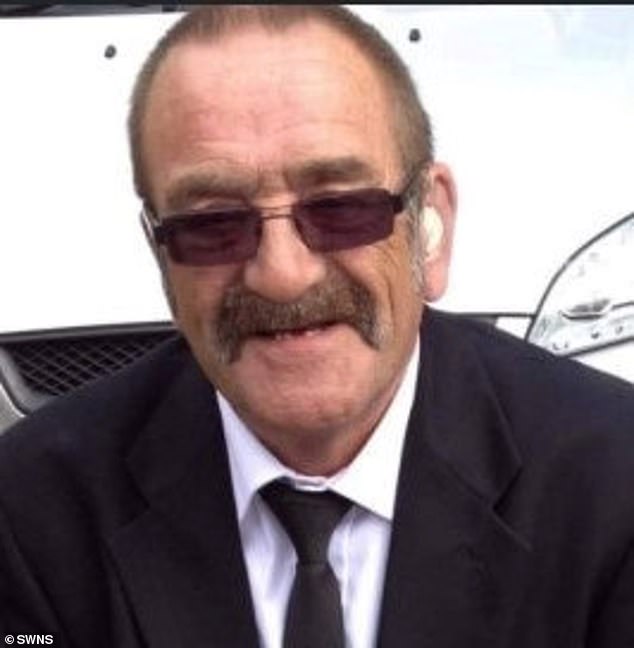 Gerald Hackford, a former steelworker who made zimmerframes for hospitals, died on April 16, his seven children had to fight with Sheffield City Council to attend his funeral 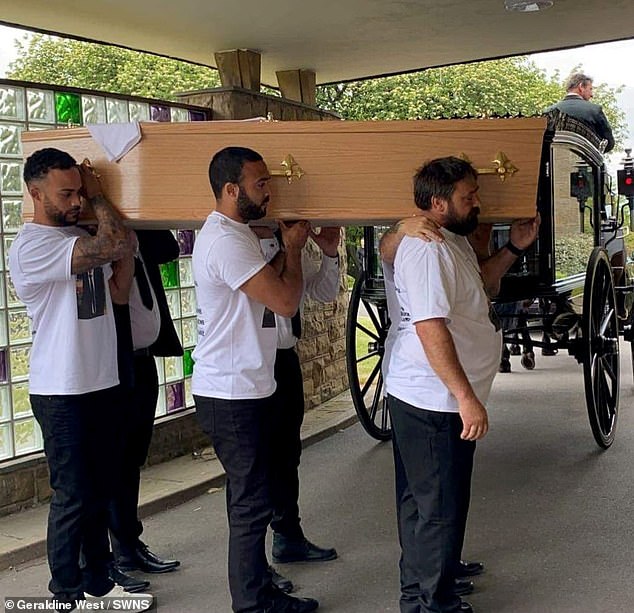 Daughter Geraldine described the decision as ‘heartbreaking,’ but led a campaign so her brothers and sisters could join her as she laid Mr Hackford to rest.

Incredibly, just four days before the funeral, Geraldine received a call from the undertaker to say the ruling had been changed, enabling all her brothers and sisters to attend. 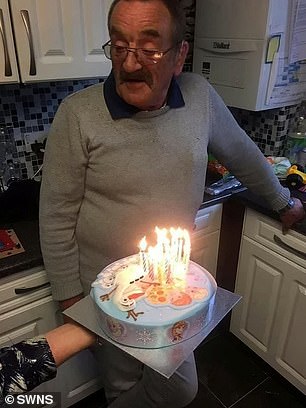 Gerald, 72, brought up all seven of his children alone

The siblings from Sheffield, South Yorks., said goodbye to their dad at an emotional ceremony last Monday.

Geraldine, 49, said: ‘For us all to be their meant the absolute world, we wouldn’t ever have been able to decide which of us could and couldn’t go, how could we?

‘Considering the circumstances the ceremony was amazing.’

She added: ‘He was a single dad who, amazingly, brought all seven children up himself. We all had to be there. We owed that to him, at least.’

Prior to the cremation, at City Road Cemetery, dozens of other family members lined the streets to pay their respects and release balloons as Gerald’s procession passed.

Following the coronavirus outbreak, government issued new rules surrounding funerals and the people who can attend – a move designed to help stop the spread of the disease.

It is understood that the maximum number of mourners differs according to region.

Geraldine said the decision about how many people could attend her dad’s funeral was made by Sheffield City Council, as they run City Road Cemetery.

Sheffield City Council set a cap of five mourners at the start of the outbreak. Last Monday – the same day as Gerald’s funeral – the council announced its cap was rising to 10 people, with strict social distancing measures in place.

Cllr Mary Lea, SCC’s cabinet member for culture parks and leisure said: ‘It remains clear that the more social contact there is, the greater the risk of transmission is, so we are asking that families still consider restricting numbers at funerals to as few as possible and we will continue to monitor the situation.’

Geraldine’s family was contacted with the good news about the decision change by the undertaker on May 15.

She said: ‘When I heard that we could go I burst into tears. It was all I had wanted to hear. 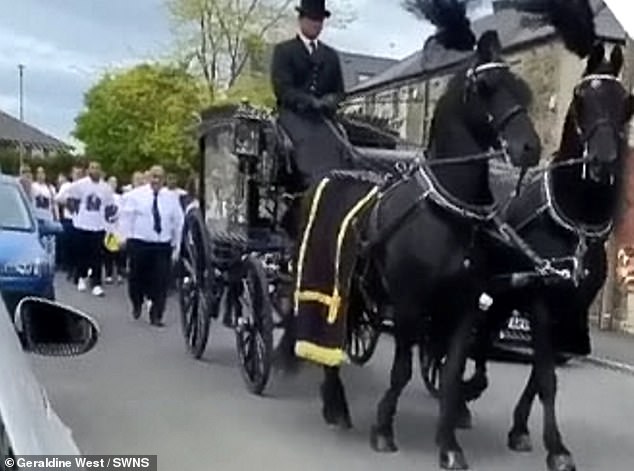 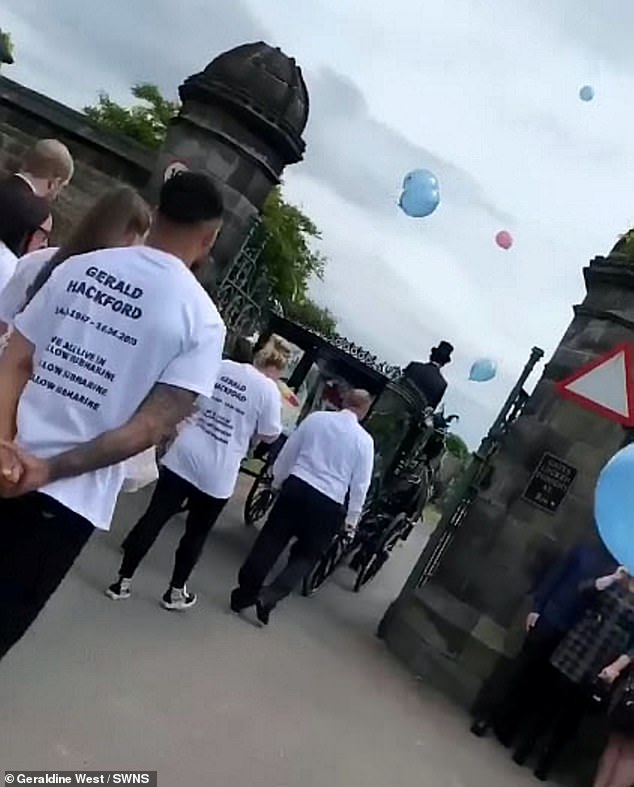 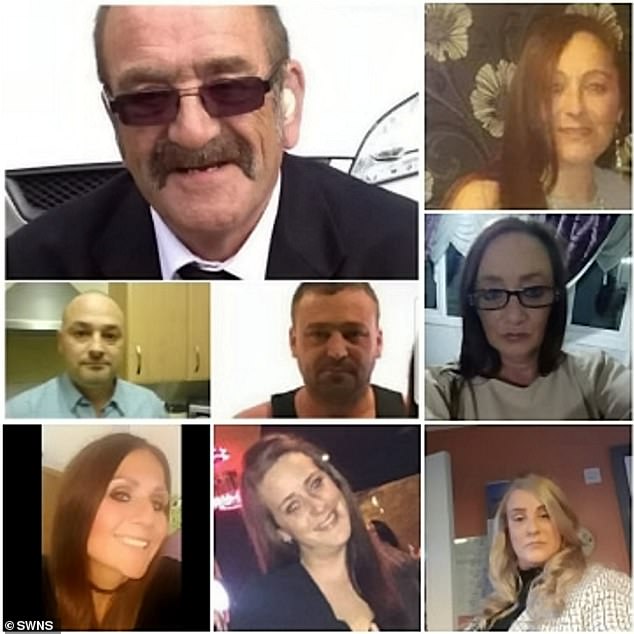 ‘I’m so glad we fought the decision, it would have been impossible for some of us to go and some not to to.

Paying tribute to Gerald, a former steelworker who made zimmer frames for hospitals, Geraldine said: ‘He was the most outgoing man you could ever meet.

‘He’d argue with anyone, but then it would go over his head and he’d be your best mate the next day. 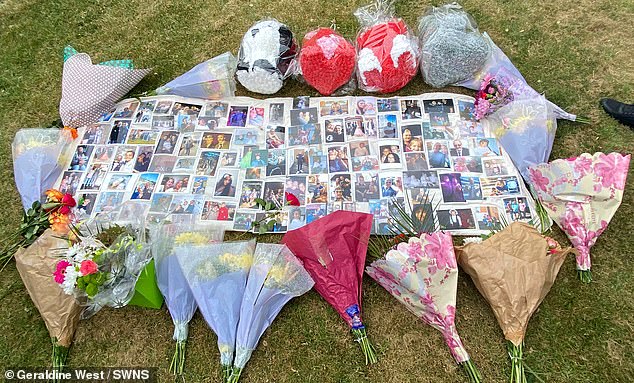 ‘He wasn’t one to hold a grudge and was always there for his children, grandchildren and great grandchildren. Every one of them.’

She added: ‘That night (he died) he spoke to some of us on the phone. He went to bed happy, but he never woke up. We are all devastated.’

Geraldine said: ‘We were a big family, and dad was loved by all.’