A SEVERED head was found in a refrigerator by police during a missing person investigation over the weekend.

The horrendous discovery was made on Sunday inside a San Francisco, California, apartment, a police source confirmed to KPIX 5 on Monday. 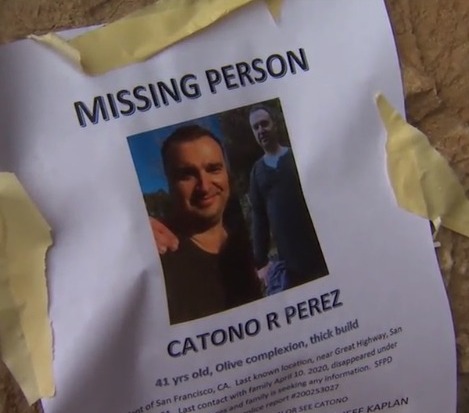 Body parts were also found during the search warrant at the home on the 1600 block of the Great Highway, but whether they were also found in the fridge has not been disclosed.

He said Perez last spoke to his family on April 10 and a missing persons case was filed on April 20.

Kaplan said: “We had asked them [police] to check it out.

“We needed access to his apartment and we had reason to believe there was evidence in there.”

The remains have not yet been identified.

Sources told FOX 6 that Perez was connected to Justin Silvernale, 35, who was fatally shot after stabbing an off-duty officer on April 12.

Silvernale attempted to car-jack two vehicles and stabbed two victims, including the off-duty cop – which have since recovered.

Before he confronted cops with a knife, Silvernale took an officer's patrol vehicle and led police on a high-speed chase.

After he crashed in a medical facility's parking garage, he confronted cops and was shot dead.