Transport Secretary Grant Shapps has not held an official meeting with Heathrow airport in recent weeks despite mounting evidence of an industry in crisis.

Derek Provan, the boss of Southampton, Aberdeen and Glasgow airports, said: ‘We are isolated as an industry and they are not interested in talking to us about testing.

‘We are trying to tell the Government we are experts in transport but they are completely disregarding us. Why can they not at least have a conversation about it?’ 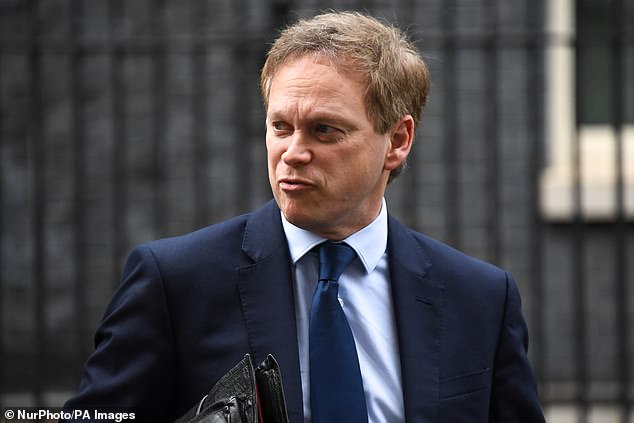 A senior aviation source said that a fortnight ago, as criticism of the quarantine policy mounted, the Department for Transport ‘stopped all engagement with the industry – this was a crazy move given the severity of the crisis’.

The source added: ‘Many in the industry are very angry at the lack of engagement. It has been a wall of silence.’

John Holland-Kaye, chief executive of Heathrow, is in regular contact with Mr Shapps but has told of his frustration at the lack of official meetings to discuss testing.

He has pointed out that the boss of Charles de Gaulle airport in Paris has had numerous official meetings with the transport minister in France, where airport testing is in place and passenger numbers are recovering.

Heathrow said: ‘We urge all decision makers to start more effective engagement to ensure the right and safe solution is found.’

Tim Alderslade, chief executive of Airlines UK, said: ‘We urgently need to get passenger connectivity with key markets going again and that needs a smart testing regime instead of quarantine. The urgency cannot be overstated and we are losing time.’

The DfT said it has held regular meetings with the industry and work is being done to ‘consider if and how testing could be used to reduce the self-isolation period’.

By John Stevens and Liz Hull for the Daily Mail

Ministers faced a furious backlash from holidaymakers yesterday as they were forced to admit the Government’s quarantine policy was confusing passengers.

Angry travellers branded the quarantine policy a ‘shambles’ after racing home from Portugal and Greece – only for both to unexpectedly remain on England’s travel corridor list.

At the same time, the devolved administrations in Scotland and Wales imposed restrictions on travellers arriving from the two countries, leading to a divide across the UK.

Last night, there were questions over whether the Government had heeded the recommendations of its Joint Biosecurity Centre (JBC), which advises on the threat faced by travel from foreign nations.

Downing Street did not deny that the advice from the JBC had been that travel from Portugal and the six Greek islands restricted by Wales should be subject to quarantine.

Transport Secretary Grant Shapps tried to defend taking a different decision from Scotland and Wales, but accepted it created problems for travellers.

‘I do realise it creates confusion for people not to have a single rule, but we do have this devolved approach throughout the United Kingdom and I can only be responsible for the English part of that,’ he told Sky News.

The Cabinet minister said he had concluded no changes were necessary partly because ‘test positivity for example in Portugal actually came down’, while the number of cases overall in Greece had fallen.

But Welsh health minister Vaughan Gething said he had acted in line with the risk assessments from the Government’s own advisers. Scotland and Wales imposed 14 days of isolation on arrivals from Portugal, while Scotland included Greece on its quarantine list, and Wales added seven Greek islands.

A No 10 spokesman said: ‘Ministers assess the data which is provided by JBC and the JBC risk assessments are assessed by ministers.’ 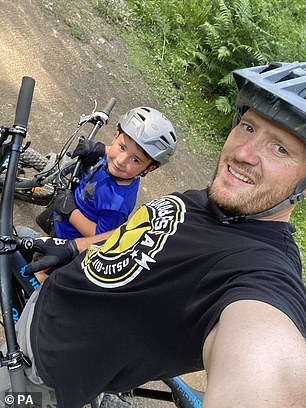 Jonathan Lake, from Cardiff (pictured) is on holiday with his family in Crete, which was added to the Welsh Government’s ‘red’ list yesterday

Hundreds of Britons forked out thousands of pounds for return flights as they cut short their holidays over concerns a rise in coronavirus cases in Portugal in particular would prompt ministers to bring in restrictions. Others cancelled their breaks amid fears they would not be able to work or their children go to school on their return.

Jonathan Lake, from Cardiff, is on holiday with his family in Crete, which was added to the Welsh Government’s ‘red’ list yesterday.

He said: ‘It’s the lack of consistent messaging and management across the whole UK Government that I’m really angry about now.

‘People on that flight from England, they can just go and live their life as normal, but because I live in Wales, Vaughan Gething has said, “screw you, I’m going to make you sit in your house for 14 days”. It’s a joke, an absolute joke.’

Bristol father John Cushing said he had to cut his Portugal holiday short to beat the quarantine that never happened and get his daughter Georgie, 12, back to school.

He paid £1,000 for flights home on Thursday after seeing reports it could have been added to the list. He said: ‘My daughter was in tears yesterday at the thought of not being able to go back to school and see her friends. The airlines have us over a barrel.’

Boris Johnson insisted last night that ‘overwhelmingly the UK is proceeding as one’.

He said different devolved administrations had ‘different rates of infectivity’ and approaches to the crisis. But he added: ‘I think you will find if you dig below the surface… you will find overwhelmingly the UK takes the same approach.’ 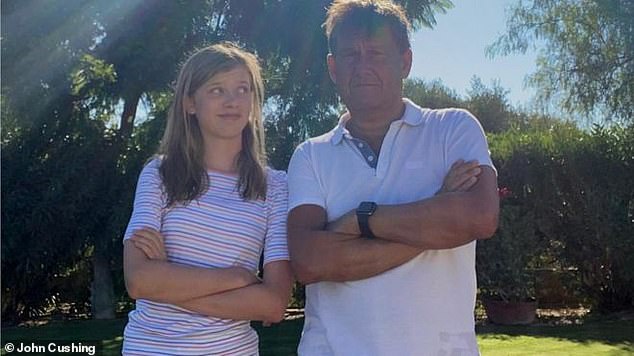 Bristol father John Cushing (pictured right) said he had to cut his Portugal holiday short to beat the quarantine that never happened and get his daughter Georgie, 12, (left) back to school