SHOCKING footage has captured a NYPD cop brutally punched and dragged a man during a social distancing bust.

The Saturday afternoon brawl ended in three people being arrested and an internal investigation. 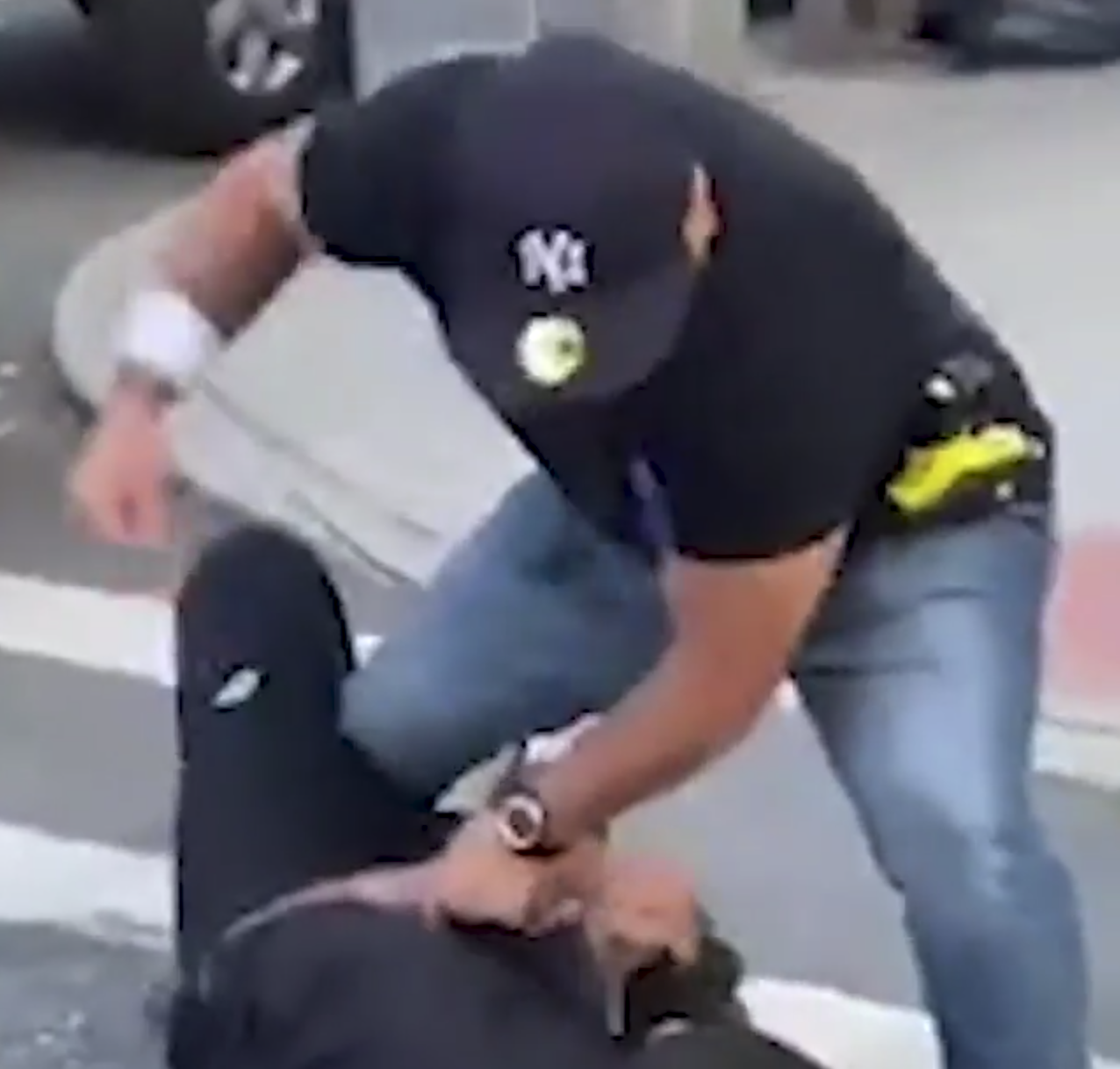 At roughly 5.30pm police went to break up a group who were violating the COVID-19 social distancing guidelines in New York's East Village.

Shakieum Brunsom, 31, and Ashley Serrano, 22, refused to move and resisted the cops efforts to cuff them.

A passerby then started recording the incident while a group of bystanders watch, which has now gone viral.

The video shows one officer, who the New York Post named as Francisco Garcia, become heated with the rule breakers. 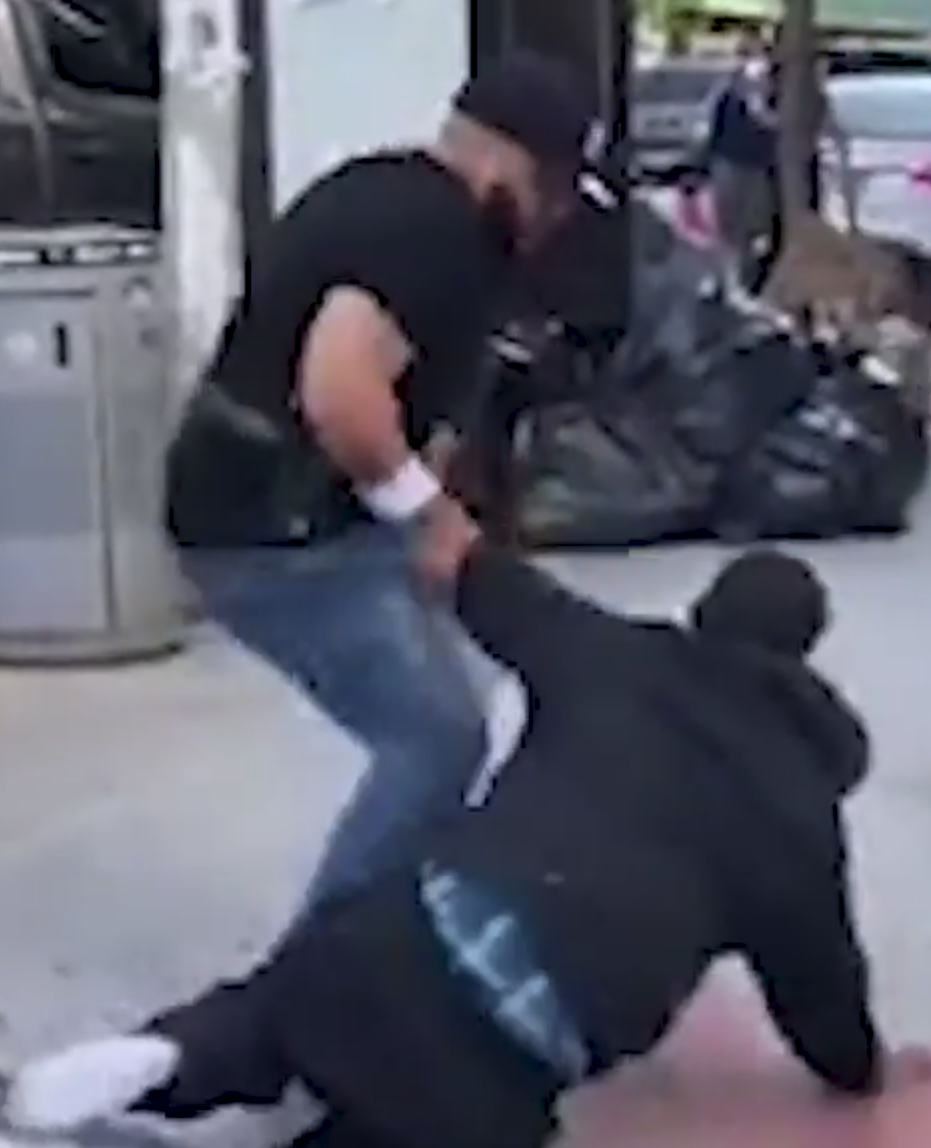 "Move the f**k back right now! What are you flexing for? Don't flex!" Garcia yelled while holding a Taser.

The cop then grabbed an onlooker from the crowd, who was identified as 33 year old Donni Wright.

Garcia appears to wrestle the man to the ground before slapping his head and punching him.

Another cop then moves in to help put Wright in handcuffs. 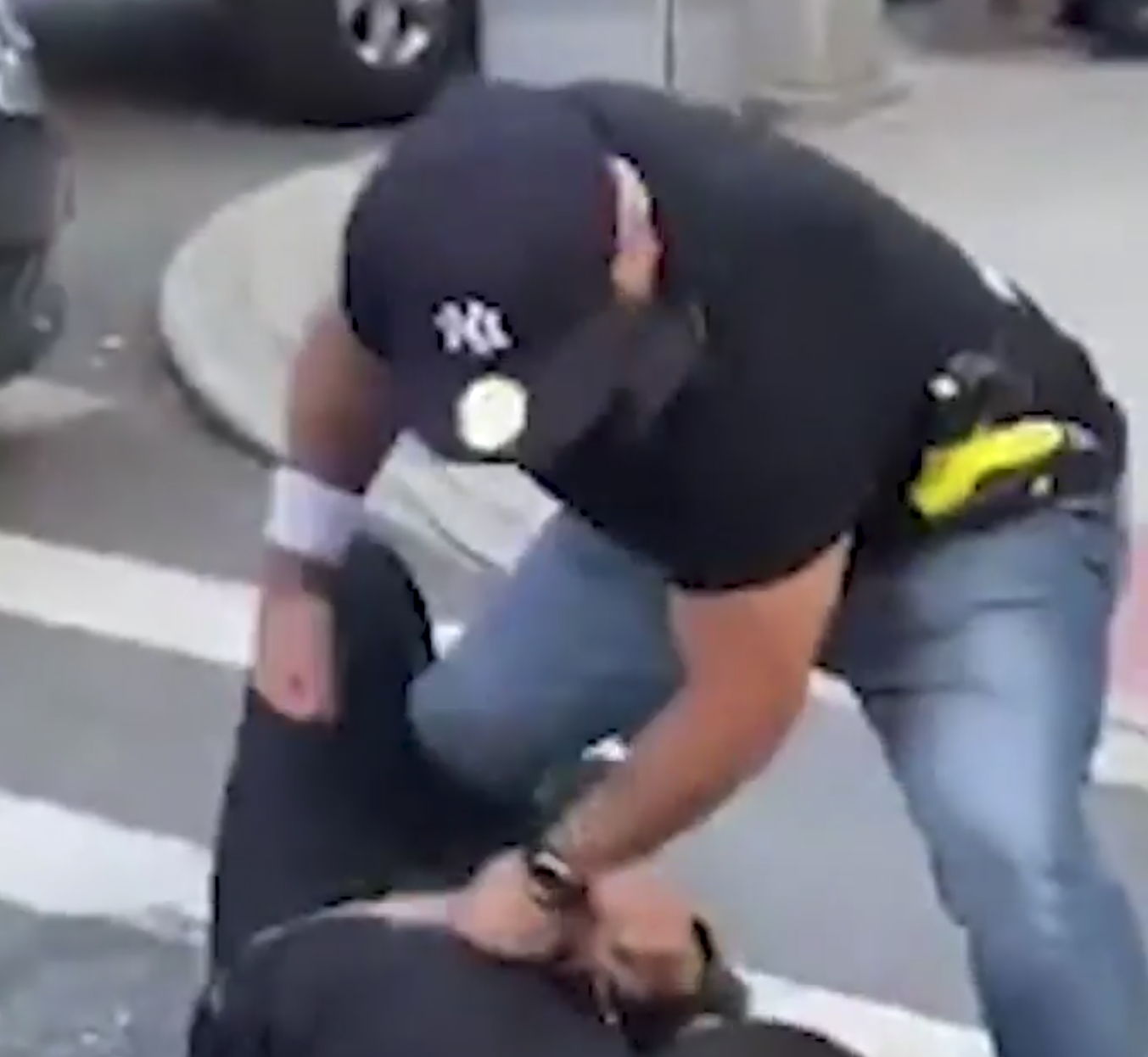 He was arrested and hit with several charges including assault on a police officer, menacing and resisting arrest.

Brunson and Serrano were also slapped with multiple charges including disorderly conduct and resisting arrest.

The NYPD has confirmed that an investigation is being conducted under internal review. 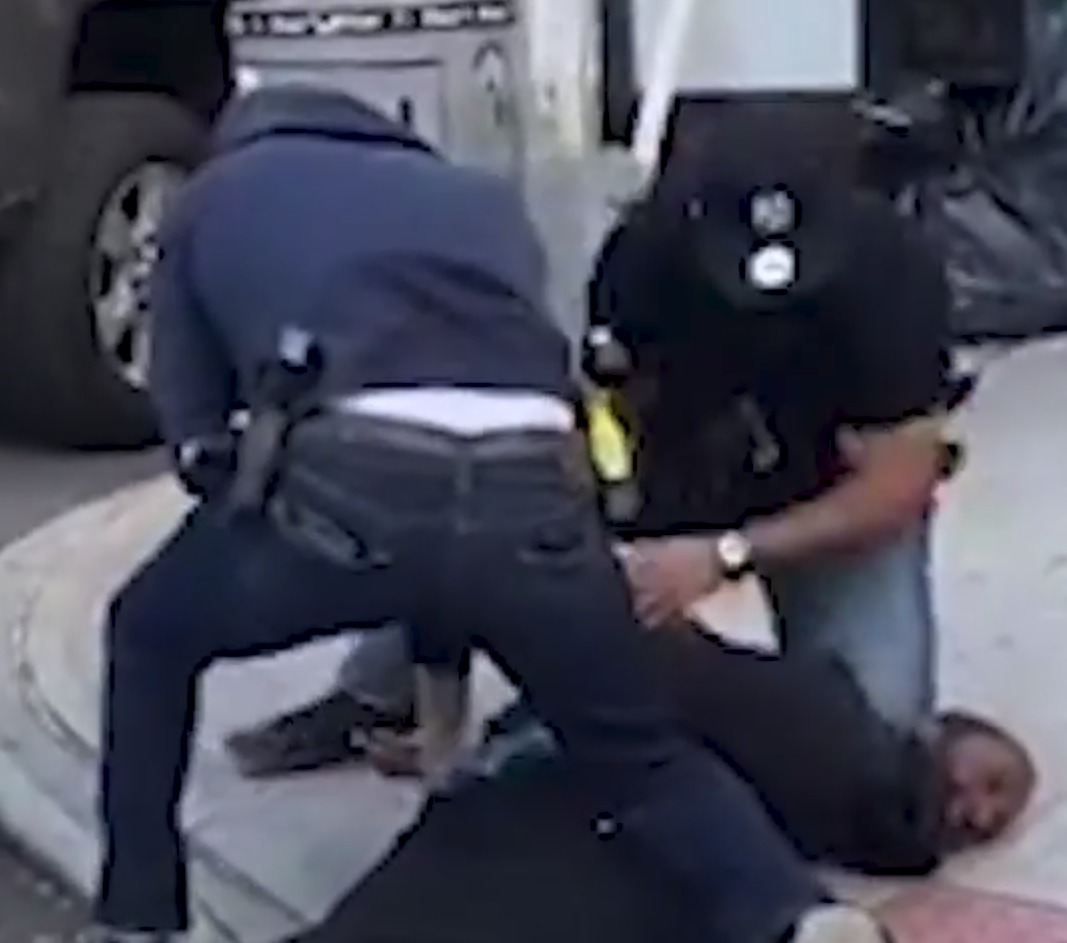 During a joint press conference with Mayor Bill de Blasio on Sunday, Police Commissioner Dermot Shea said: "It started out as a social distancing enforcement

"I am aware of the video that’s out there, it’s being investigated by our Internal Affairs Bureau.

"As a result of that very preliminary investigation that’s ongoing, there was one officer modified and that’s where we stand now."

A NYPD spokesperson said: "On Saturday, May 2, 2020 at approximately 1730 hours, a group was observed standing on the corner of Avenue D and East 9 Street in violation of social distancing orders.

"Officers instructed the group disperse and while most complies, some refused.  As officers approached, they observed a bag of alleged marijuana in plain view.

"While attempting to effect this arrest, Subject #2 attempted to intervene and prevent the arrest of Subject #1 and was also placed under arrest.

"A third individual was ordered by an officer to disperse and this male took a fighting stance against the officer and was also taken into custody."