Home » World News » Shock moment ‘Karen’ pulls gun on Black mom and daughter, 15, after ‘bumping into them’ outside Chipotle – The Sun

Shock moment ‘Karen’ pulls gun on Black mom and daughter, 15, after ‘bumping into them’ outside Chipotle – The Sun

THE moment a “Karen” apparently pulled a gun on a Black woman and her 15-year-old daughter after “bumping into them” outside Chipotle was caught on camera.

Takelia Hill said the white woman allegedly bumped into her daughter before they entered the restaurant in Orion Township, Michigan, on Wednesday night. 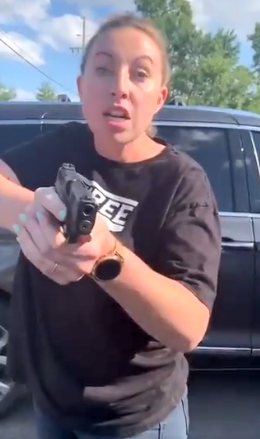 Daughter Makayla Green told The Detroit News: “Before I could walk into Chipotle, this woman was coming out, and I had moved out the way so she can walk out.”

“She bumped me, and I said, 'Excuse you.' And then she started cussing me out and saying things like I was invading her personal space.”

Makayla said she was nervous about the situation in the parking lot, so she called her mom over.

“I walked up on the woman yelling at my daughter," Hill told the news outlet. “She couldn’t see me because her back was to me, but she was in my daughter's face." 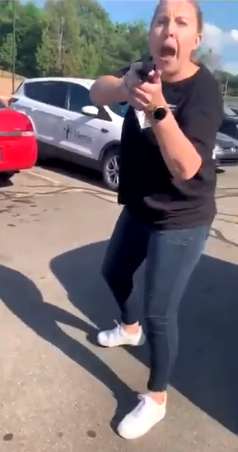 Video from the scene that’s been posted online shows the encounter after the “Karen” allegedly bumped into the teenager.

The 15-year-old calls the woman ignorant and says she bumped into her, as the woman says the teen and her mom are blocking her from getting to her car.

A man who was at the Chipotle with the white woman appears and asks the Black women: “Who the f**k do you think you guys are?”

The two sides argue, with the Black women calling the white couple racist. 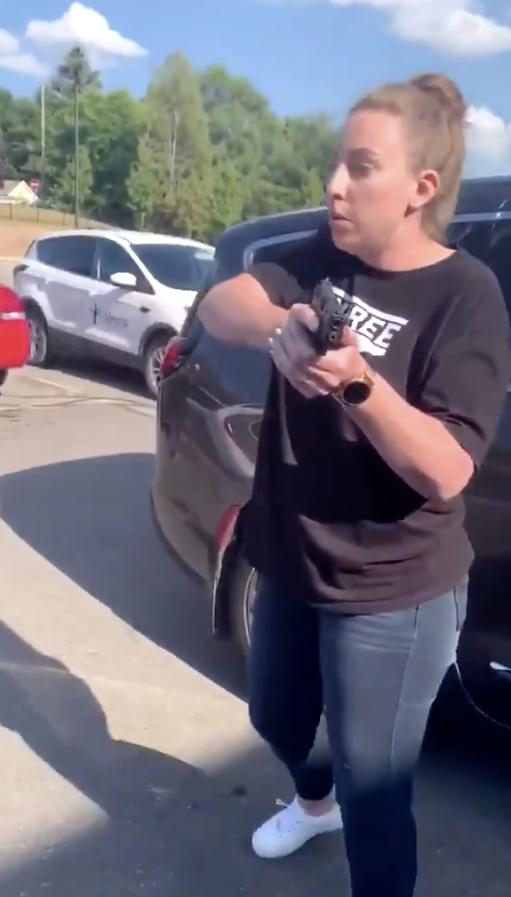 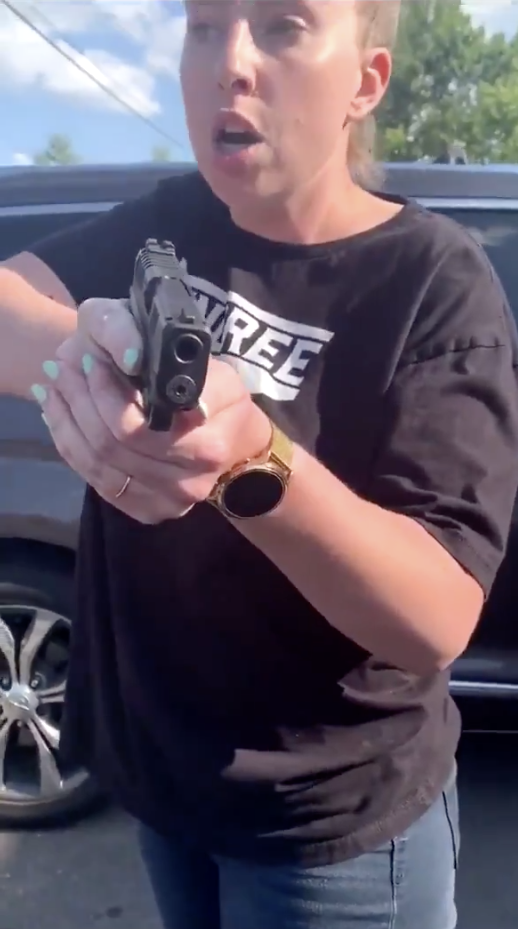 Hill asks why the woman didn’t apologize for bumping into her daughter.

The woman tells her: "You cannot just walk around calling white people racist … White people aren't racist … I care about you and I’m sorry if you had an incident that has made someone make you feel like that. No one is racist.”

The video cuts away as the couple appears to try to drive off, and Makayla shouts for her mom to “watch,” but when the clip cuts back, Hill can be heard questioning if the car hit her.

Hill told the News she thought the white couple’s car was going to hit them as they backed up out of the parking space, so she hit the back of their vehicle to stop it.

That’s when the white woman appears on video holding a gun as she shouts, “Get the f**k away from me.” 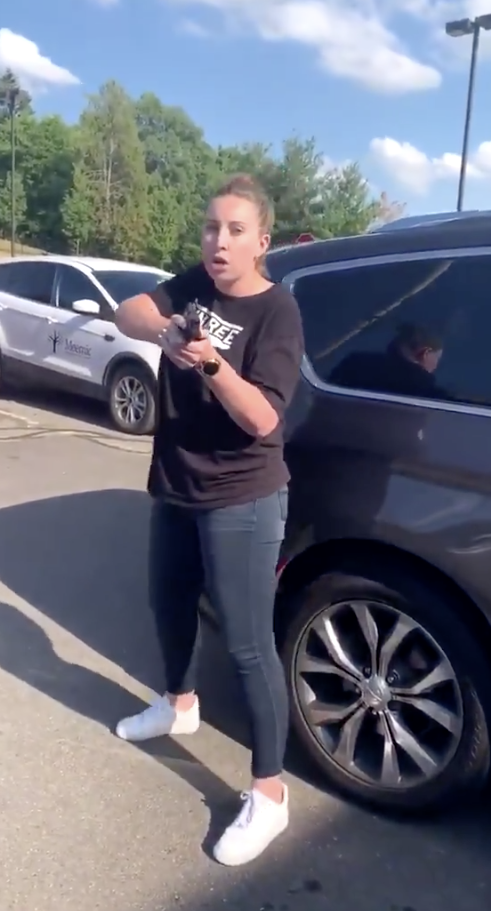 Makayla and her mother can be heard calling for the cops as the white woman is seen holding a gun aimed at them.

Both sides begin screaming at each other, all the while the “Karen” is holding a weapon.

Eventually, the woman gets back in the car and the white couple quickly drives off.

“These white people, they’re so racist,” the teen can be heard saying. “They pulled a gun out on my mom, both of them.

Hill wrote on Facebook: “So this is America….I’ve never in my life had a gun pulled out on me let alone two and while I had my three daughters I’ve never felt so helpless in my life I’m so shaken up.”

According to The Detroit News, the white woman was arrested, and a photo Hill posted online appears to show the woman being walked in handcuffs.

Social media posts from a woman who identified herself as a relative said the white woman was “let go” and cops “just took the guns away.”

The family member claimed cops said they couldn’t arrest her because Hill hit the white couple’s car with their hand.

The Oakland County Sheriff's Office did not immediately return The Sun's request for comment.

“Karens” is a slang term for middle-aged white women who have gone viral online for being racist or showing entitlement and speaking down to people of color.