THIS is the shocking moment a cop KICKED a handcuffed mentally ill boy as his mother begged them to stop.

The 17-year-old was arrested in Sydney after allegedly attacking his mother at the door of their home on Thursday morning at 7am. 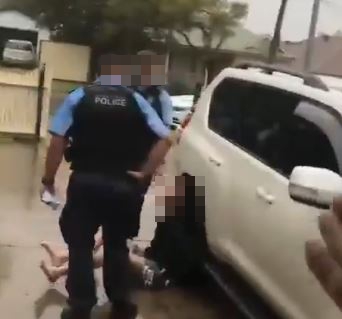 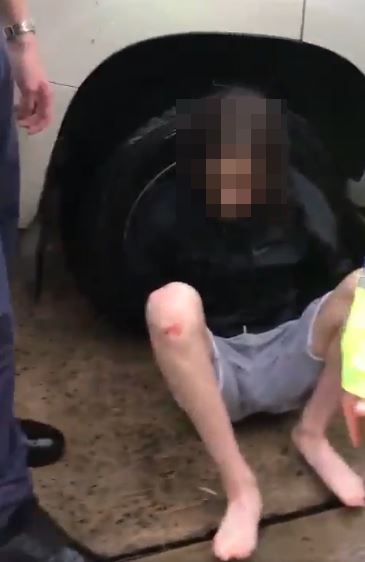 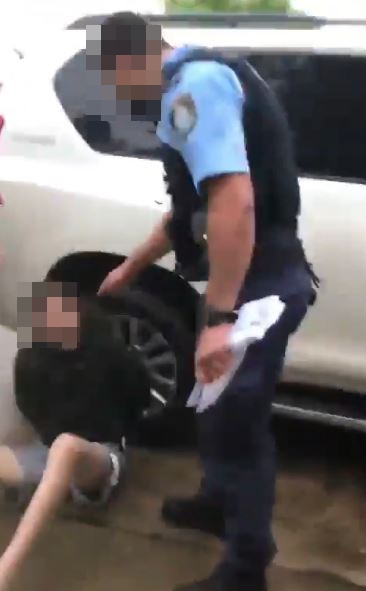 Police kicked down this mother’s front door to arrest him and led him outside in handcuffs to sit in the rain in Bankstown.

And despite his mother clearing telling police that he did not touch her – her son was hit with a domestic violence assault charge.

In the video the mother can be seen pleading with the police to let her son go after an officer kicked her son’s leg.

After the kick she screamed: “Stop hitting him – you can't just hit him like that.”

In another part of the video she is heard insisting that her son had done nothing wrong.

She said: “He didn't touch me. He was giving you the pen to sign the paperwork.” 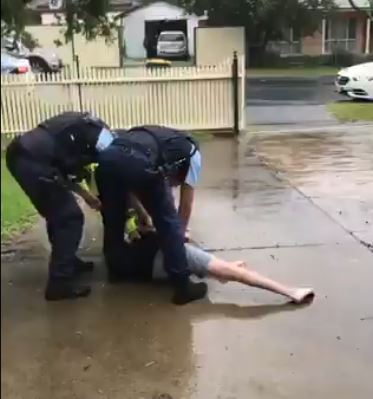 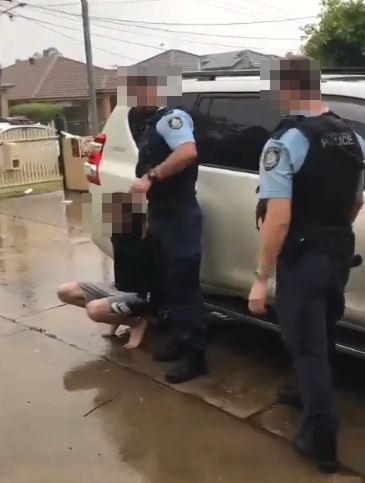 In the clips the son, clearly in distress is heard shouting at police and calling them “f**king dogs”.

He said police arrived at the home for an unrelated matter at 4am but no-one answered the door.

They came back at 7am and when the door was opened police allegedly saw the son assault his mother.

The lawyer said: “When they knocked on the door the son was saying "come back into the house" and it was at that point they allege he assaulted her,”

He added that  he would be seeking damages from police on behalf of the boy.

“How many cops were there and the kids is lying on the ground fully handcuffed.”

NSW Police say officers attended the home and arrested the 17-year-old boy over an alleged domestic violence related assault, along with breaching his bail and an AVO.

A spokesperson said: “The teen was taken to Bankstown Police Station where he was charged with assault (domestic violence), hindering police in execution of duty, and the breaching of bail and AVO offences.”

The boy was refused bail to appear at children's court tomorrow.