A MAN has been filmed walking down the street covered in blood and carrying his wife's severed head after beheading her.

According to police, Chinnar Yadav attacked his wife Vimla with a sharp weapon after a heated argument. 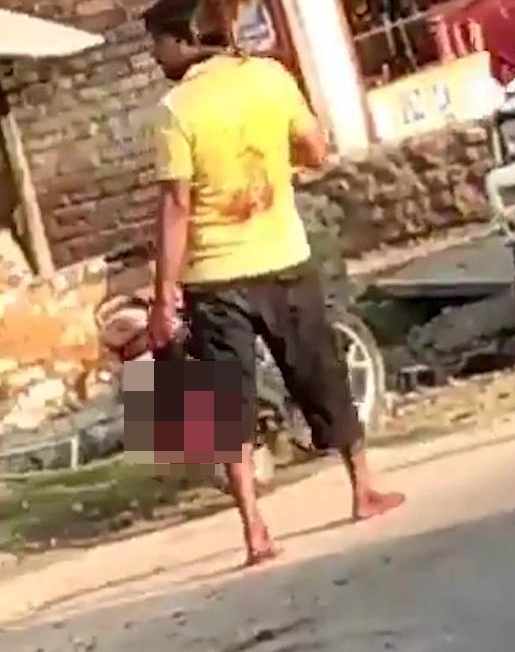 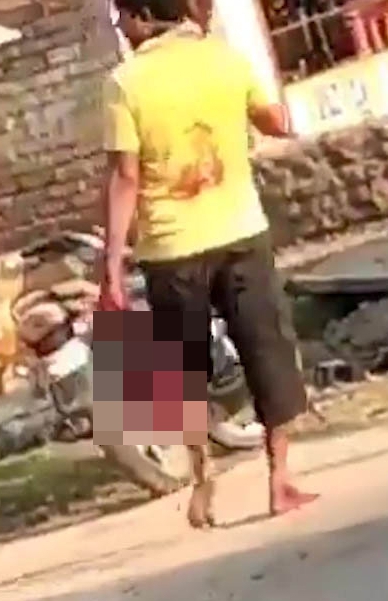 After killing and beheading his wife, Yadav was then filmed carrying his wife's severed head to their local police station in the north Indian state of Uttar Pradesh.

The shocking video clip shows him walking down the street holding his wife's bloodied head by the hair as well as a weapon in the Neta Nagar of Banda district on October 9.

It is thought that Yadav also injured his neighbour during the attack after accusing the pair of infidelity.

The video clips ends as Yadav is about to enter Baberu Police Station to surrender where he was then arrested with police recovering the weapon.

Assistant Superintendent of Police Mahendra Pratap Chauhan said: “After a heated argument, the accused attacked his wife with a sharp weapon, killing her and then beheading her.

“After which he carried his wife's severed head to Baberu Police Station where he surrendered. The accused was arrested and the weapon was also recovered from him by the cops.”

Women's Aid has this advice for victims and their families: