THIS is the shocking moment sick thugs hurled a helpless cat out of a skylight window.

The video, which has been shared on social media, shows a man throwing the cat out a small gap of the top floor window of a Hull home. 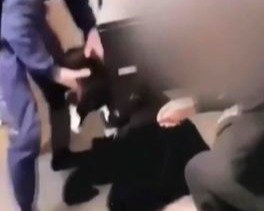 The clip begins with one man stroking the black and white cat before a second man approaches it.

A woman, who appears to be the one filming, tells the man “don’t be nasty” before he throws the feline out the skylight on Beverly Road and shuts it.

Viewers of the video were disgusted with one Hull local saying: "What's funny about an innocent animal getting thrown out of a window? It's disgusting, it's animal abuse.

"It might be someone's family cat. I'm sickened by the thought."

The RSPCA said it had received reports of the incident and was investigating. 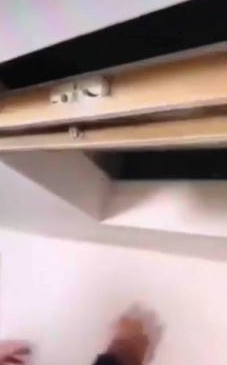 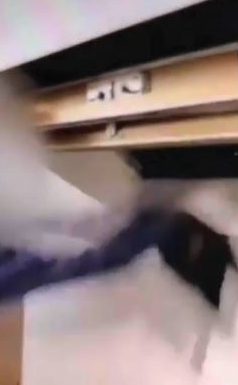 A spokeswoman for the charity said: “We are aware of this extremely concerning video and are looking into it.

But in the comments, a man who said he had been at the house at the time of the incident defended the man's actions.

He said: "Everyone seems to think the cat's been thrown out to the ground, it got put back on the roof.

"It's been on and off for two weeks, it's obviously stray – went to put it back out and panicked about it having fleas and God knows what else.

"The cat came back to the window two hours later trying to get in."

Anyone with any information can contact the RSPCA on their cruelty line above, quoting the reference number 00495124.