THIS is the shocking moment a woman finds a massive alligator blocking the road.

The surprise discovery led the passenger to ask: "What the f**k is wrong with Florida?" 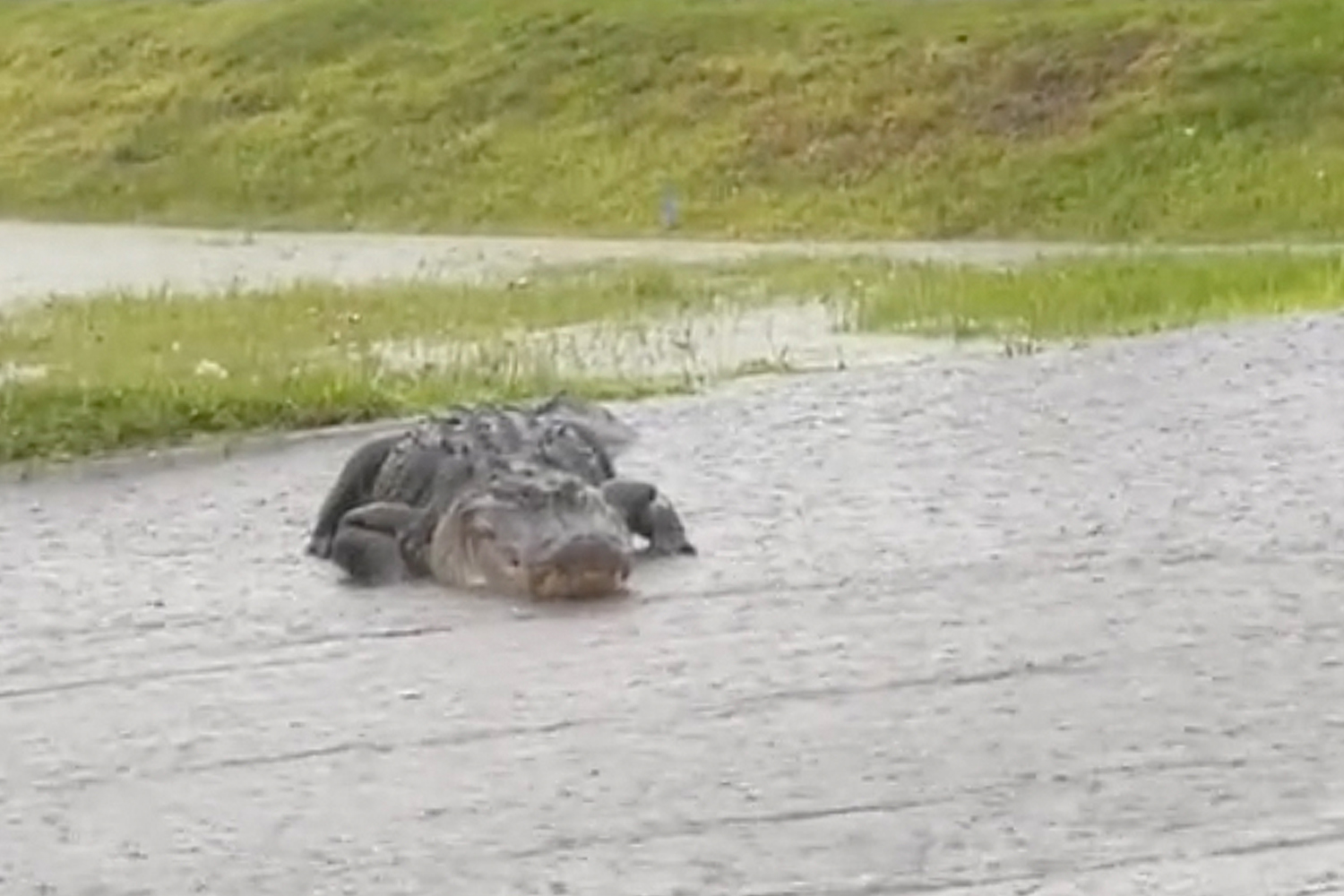 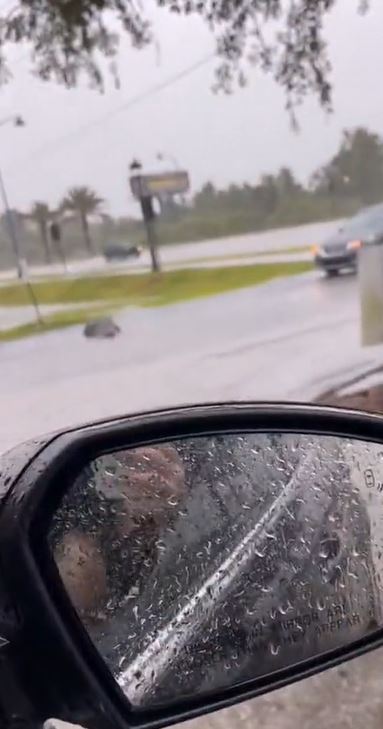 In the clip, the woman winds down her window to reveal the beast chilling in the middle of the street.

The gator is part submerged on the water-logged tarmac as the rain pelts down.

And it appears to be going nowhere despite drivers honking their horns to get it to move.

The hysterical woman, who goes by 'the messy millennial' on TikTok, asks: "Literally what the f**k?

"What the f**k is wrong with Florida?"

The video, which has racked up more than 850,000 views on the video sharing app, is captioned: "Living in Florida is honestly just wild."

Thousands of users have commented on the post, many laughing at the drivers beeping to make the alligator budge.

Another wrote: "What else are we supposed to do to get them to move?"

The incident was reminiscent of a similar alligator run-in at Valencia Golf and Country Club in Florida last year.

The gigantic creature strolled around the course, some even comparing it to Godzilla.

American Alligators have been known to grow to be huge in size, with the biggest ever captured in Florida measuring an eye-watering 5.31 metres long – and this 'monster' didn't look far off.