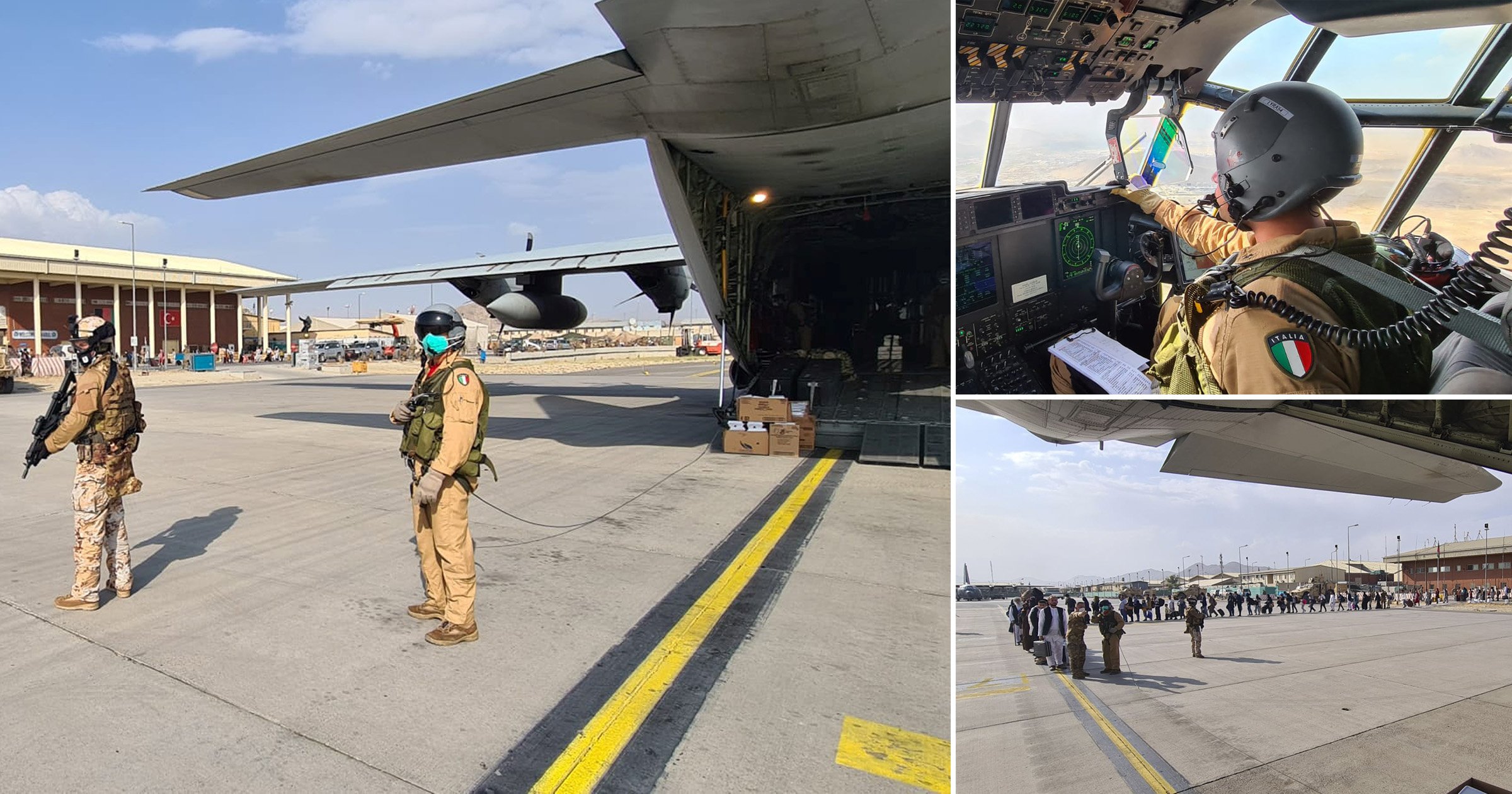 A plane transporting civilians out of Afghanistan was shot at as it departed Kabul, according to sources within the Italian defence ministry.

Those on board the Italian airforce plane reported coming under fire minutes after take off on Thursday.

A source told the Reuters news agency the plane was not damaged in the incident.

An Italian journalist traveling on the flight told Sky 24 TG that the plane had been carrying almost 100 Afghan civilians at the time.

There have been increased tensions around the airport in Kabul in recent days as the August 31 deadline nears for foreign forces to exit the country.

British citizens still in the country have been warned to avoid the area because of the high risk of a terrorist attack.

Thousands of people have been gathering to try to get on planes leaving the nation, after the Taliban seized control.

Frantic scenes have been witnessed amid fears people who helped foreign powers may be unable to escape, leaving them to an uncertain future under the new rulers.

This is a breaking news story, more to follow soon… Check back shortly for further updates.