Home » World News » So much for your great deportation crackdown, Priti Patel!

So much for your great deportation crackdown, Priti Patel!

So much for your great deportation crackdown, Priti Patel! Home Secretary’s promise thrown into doubt by new failures to secure the removal of offenders

The Home Secretary’s promise to crack down on foreign criminals dodging deportation has been thrown into doubt by farcical new failures to secure the removal of offenders.

The Mail on Sunday has unearthed two cases that demonstrate the urgent need for the new fast-track deportation legislation promised last month by Priti Patel.

In one, an Albanian gangster jailed for six years for driving his car at police while fleeing a £1 million drugs bust, avoided deportation by arguing he would be at risk from a ‘blood feud’ if he was sent home. 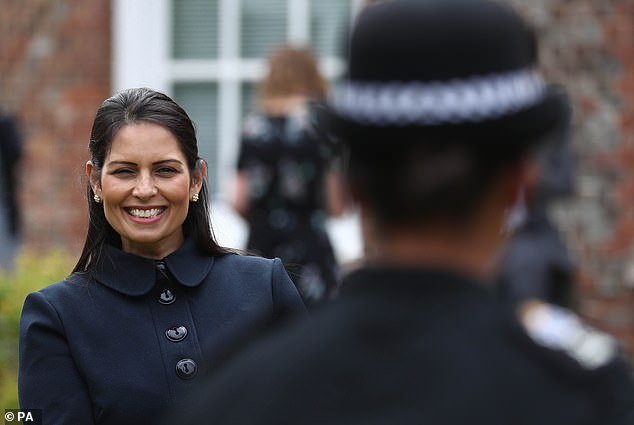 In the other, an Iraqi refugee dodged deportation after he was released early from prison by mistake and went on to become a notorious county lines drug kingpin.

The cases highlight the legal hurdles faced by the authorities when trying to deport serious foreign criminals.

Three weeks ago, Ms Patel told the Commons: ‘The Government’s position is, if you abuse our hospitality and commit crimes in the UK, we will do everything in our power to remove you.’

David Spencer, research director at think-tank the Centre for Crime Prevention, said: ‘It is scandalous there are thousands of foreign criminals living freely in our communities when they should long since have been deported.’

One such offender is Resul Rahova, a convicted Albanian drug dealer. After arriving here in October 2011, he was granted refugee status with limited leave to remain until February 2017. 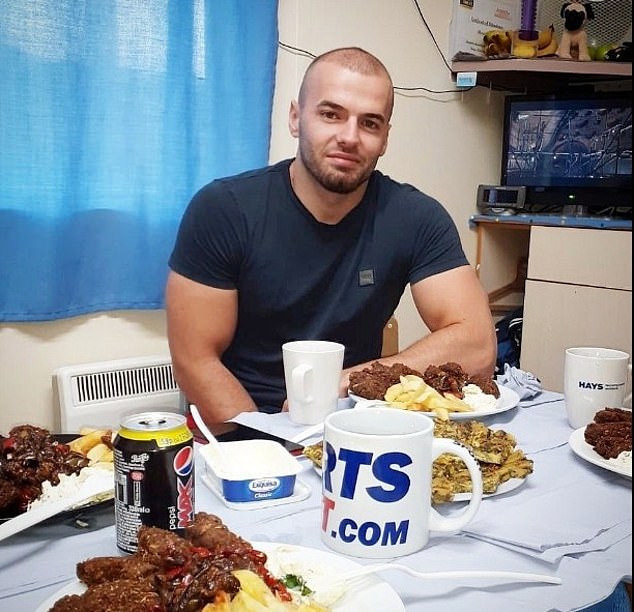 Cocaine dealer Resul Rahova, who was jailed for six years after driving his Mazda at police while fleeing a £1 million drugs bust, posted a picture of himself on his cell on August 11th surrounded by plates of food and a can of Pepsi

Handed a six-year jail term for drug offences in 2016, he dodged a Home Office deportation bid the following year by successfully arguing he was at risk of a ‘blood feud’ in Albania.

Despite further attempts to kick Rahova out, he has been allowed to stay here under the Human Rights Act. Meanwhile, Iraqi refugee and convicted drug dealer Serook Saeed, 33, avoided deportation after being released early from jail by mistake.

He took advantage of his freedom to become a county lines drugs boss. Saeed, who argued his life would be in danger in Iraq, is now back behind bars after being convicted of heading a gang running heroin and cocaine from London into Kent.

Given he was not only able to avoid deportation but also received asylum due to an earlier blunder, it is unclear if he will face a new deportation order once released from his current sentence.

Last night, the Home Office said: ‘Deportation was pursued tenaciously against both these individuals… Where new offending occurs, we will consider fresh deportation action. The Home Secretary is looking into reforming the system to ensure those who come to this country and commit crimes can be deported faster.’