Solicitor’s secretary, 37, who stole £90,000 from bank account of dementia-hit woman in care home and spent money on her wedding and foreign holidays is jailed for three years 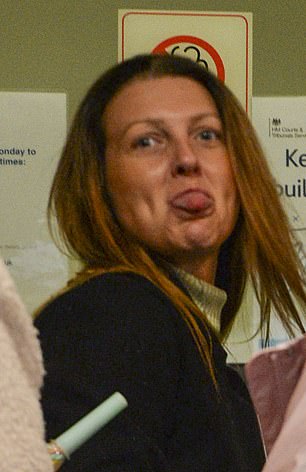 Sarah Aikenhead, 37, pictured, has been jailed for more than three years

A solicitor’s secretary who stole £90,000 from a dementia sufferer has been jailed for more than three years.

Sarah Aikenhead, 37, ‘plundered’ Pamela Sread’s bank account even when she died in March 2019.

The mother-of-one stole more than £137,000 in total from her employers who had been trusted with Mrs Sread’s account.

Aikenhead blew her money on designer clothes, her wedding, foreign holidays and furniture at her home in Sale, Greater Manchester.

A court that she had access to the firm of solicitors’ bank account as she was a ‘trusted employee’ of more than ten years.

The secretary was jailed for three years four months after pleading guilty to two counts of fraud at Manchester Minshull Street Crown Court.

Aikenhead jst said: ‘Ok, right’ after she was sentenced by Judge Tina Landale.

However a relative openly sobbed in the public gallery when Aikenhead was sent down. 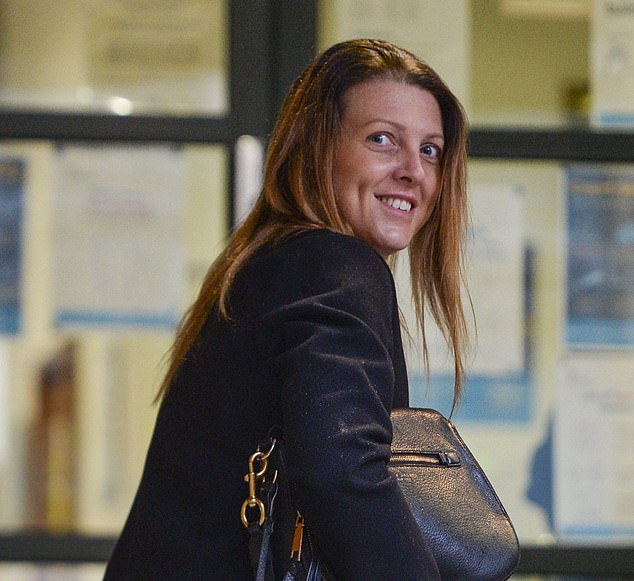 She ‘plundered’ Pamela Sread’s bank account even when she died in March 2019 and blew her money on designer clothes, foreign holidays and furniture at her home in Greater Manchester

Judge Landale said: ‘You plundered the account of a highly vulnerable woman.

‘The victim was in a care home and as a result was not able to check on her bank account.

‘You emptied her account and spent the money on holidays, a wedding and designer clothes.’

The judge added that her guilty plea reduced the sentence and noted that she would be in custody ‘during Covid-19 restrictions’.

Aikenhead has since divorced her husband and has a nine-year-old son.

The court heard that when she drained Mrs Sread’s account, it was then automatically topped up by her employers so she could not continue the fraud.

Aikenhead carried out the fraud against her employers, who have not been named, between between May 2018 and September 2019.

The court heard that the money has been paid back to Mrs Sread’s family through a compensation fund. 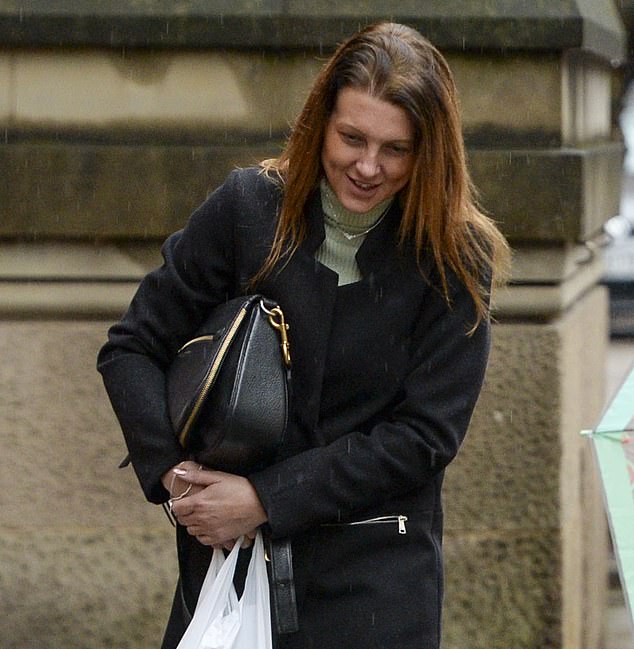 When she was rumbled, Aikenhead paid back £45,000 to her employers.

But prosecuting Wayne Jackson said the solicitors had been left in ‘severe financial difficulty’.

He added: ‘At one point they were in danger of going under’.

Mr Jackson said of Aikenhead: ‘She had control of the solcitor’s account and claimed at first to be in deby.

‘We don’t accept that. She found the fraud easy and so continued doing so.

‘She put £12,000 towards a wedding venue and spent money on furniture and holidays.’

The court heard that Aikenhead, who has a past conviction for affray, suffers from anxiety.

Defending Adam Watkins said: ‘This was not a particularly sophisticated fraud bit it was carried out over a particular length of time.’

He added: ‘Remorse has been shown and there is no-one else to blame but herself.

‘The offence is no-one else’s fault.

‘However debt was an issue from the outset and she does suffer from anxiety and has lived in particularly challenging personal circumstances.

‘She was a woman very much on the edge.

‘Mrs Aikenhead said she had been stuck in an abusive relationship’.

None of Mrs Sread’s family were in court.