Finding a place to eat that’s open on Sunday, Monday or Tuesday might not be as easy as it once was in Australia’s food capital, as a major staff shortage forces hospitality owners to cut back on their trading hours.

The closure of international borders due to the COVID-19 pandemic has drained the number of chefs, wait staff, kitchen hands, venue managers and other workers the hospitality industry says it needs to keep restaurants and cafes open. 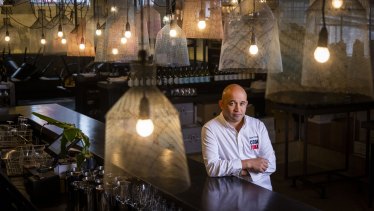 Tuesday’s federal budget acknowledged the employment crunch facing the food and beverage business by lifting the cap on the number of hours international students are allowed to work to more than 40 per fortnight.

While Victorian restaurateurs welcome anything that will ease their plight, they say the budget measure won’t make much of a difference in a labour market so tight that some are offering $10,000 sign-on bonuses for chefs.

A skills package worth billions of dollars is also viewed as being too far away to help the problems confronting the industry right now.

“It’s really tricky; COVID was hard but reopening is harder,” said Jacqui Poulier, owner of the Lorida and Alatonero venues on the Mornington Peninsula.

Under normal conditions, Ms Poulier said her Mornington venue would be open serving Greek food seven nights a week. However, she said staffing difficulties had left her no choice but to stay closed on Monday, Tuesday and Sunday night.

The workers applying for jobs post-COVID tended to be younger and less experienced than their predecessors, Ms Poulier said, which meant a lower level of service while they are trained up.

“There’s just so many little things that we have to teach,” she said.

“They come in not knowing the difference between a chardonnay and sauvignon blanc.”

Customers, however, still expected the same dining experience that they had become used to as part of Melbourne’s sophisticated food scene.

“We’re looking at putting training badges on staff just as a gentle nod to customers to be a little bit more understanding to these kids,” she said. “They are doing a great job learning but it takes time.”

The lockdowns which forced the closure of hospitality in 2020 and early 2021 had also reduced the available workforce, he said. 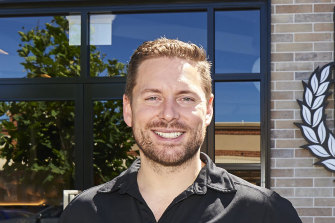 “It’s a double whammy, we don’t have the new migration and the existing people were not given enough job security so they left the industry,” he said.

“We wouldn’t be doing that if it was easy,” he said.

“Not only have we been on our knees after a tough year, we’re now reopening with not enough staff so we can't make it back.”

Kate Bartholomew, co-owner of Coda and Tonka, said her Melbourne restaurants would soon be closed on Sundays because of a lack of staff.

It was even more difficult at her Lorne venue, she said, which can barely fill the roster. On a busy night she would like to have eight chefs in the kitchen. Instead, she has three to work the whole week.

“Gone are the days when I could be selective and say you need restaurant hatted experience, that would be laughable now,” she said.

“We have to work really hard on staff retention and to keep them happy, which is hard because we don’t have any money.”

Another casualty of the pandemic could be longer, more complex menus. Ms Bartholomew said there weren’t enough chefs available to do the preparation work required for complicated dishes.

“We’re all really feeling it now, it’s been a long time of not sleeping at night,” she said.

“I think it’s as hard as it was during the pandemic. That’s because the expectation is that the recovery is there, but the margins are razor thin.”

Wes Lambert, chief executive of the Restaurant and Catering Industry Association, said that job ads were at an all-time high for the hospitality industry.

He called on the government to open up the borders to vaccinated migrants.

“The skills shortage cannot be solved with fresh graduates or new entrants in the VET and TAFE system,” he said.

“It can only be filled by professionals.”