A SURFER has got his lost board back after it drifted more than 400 miles.

Lee Brogan, 37, was “wiped out” by a wave and could only watch as his ten-year-old board vanished off to sea. 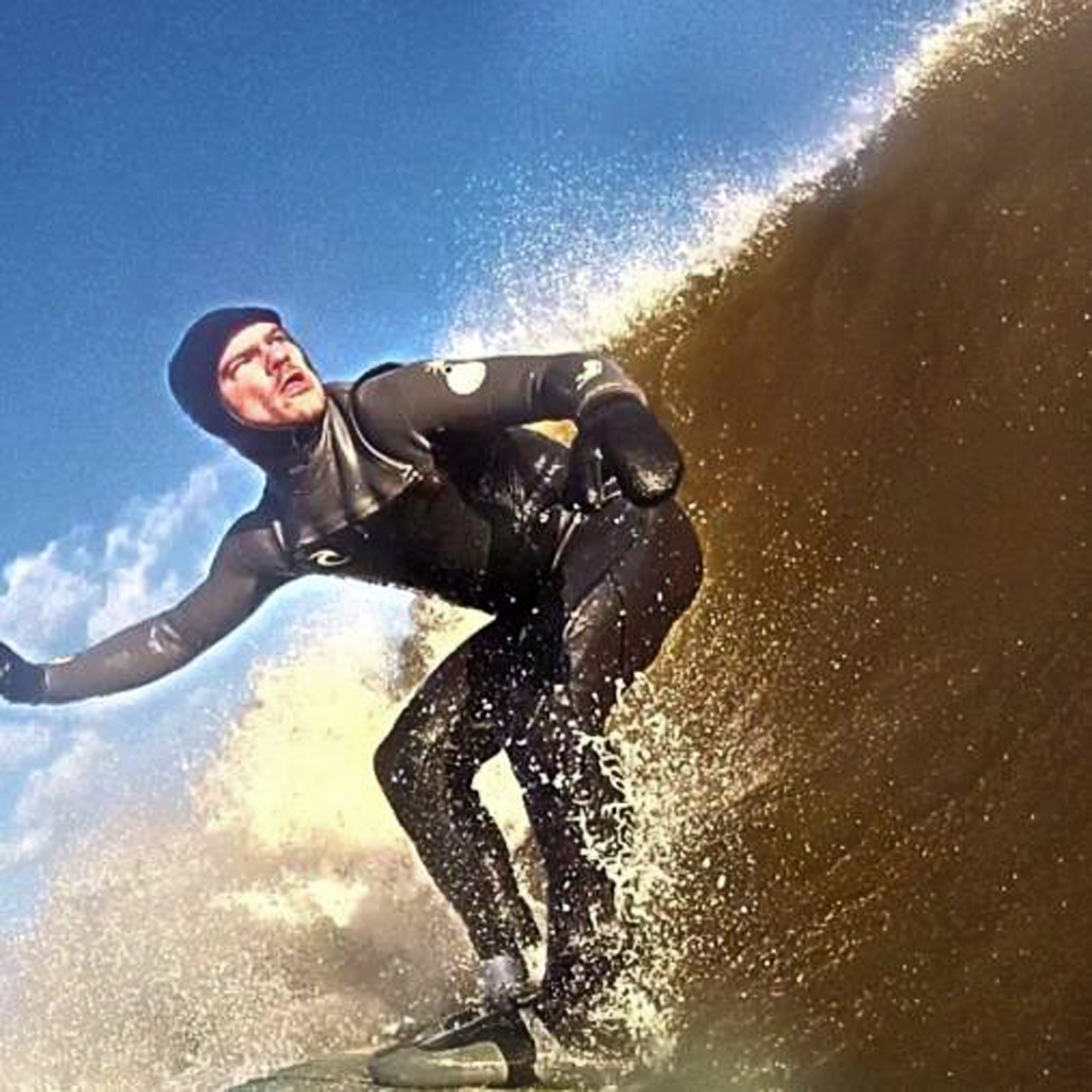 But a month after his mishap off Scarborough, North Yorks, a couple found it washed up on a shore on the Shetland Islands.

Stephanie Riise, 22, and Jake Anderson, 23, went on Facebook in a bid to trace the owner — and a day later Lee got in touch.

They got a friend with a van to deliver the board to happy Lee.

Bank worker Stephanie said: “We were chuffed to help Lee out.” 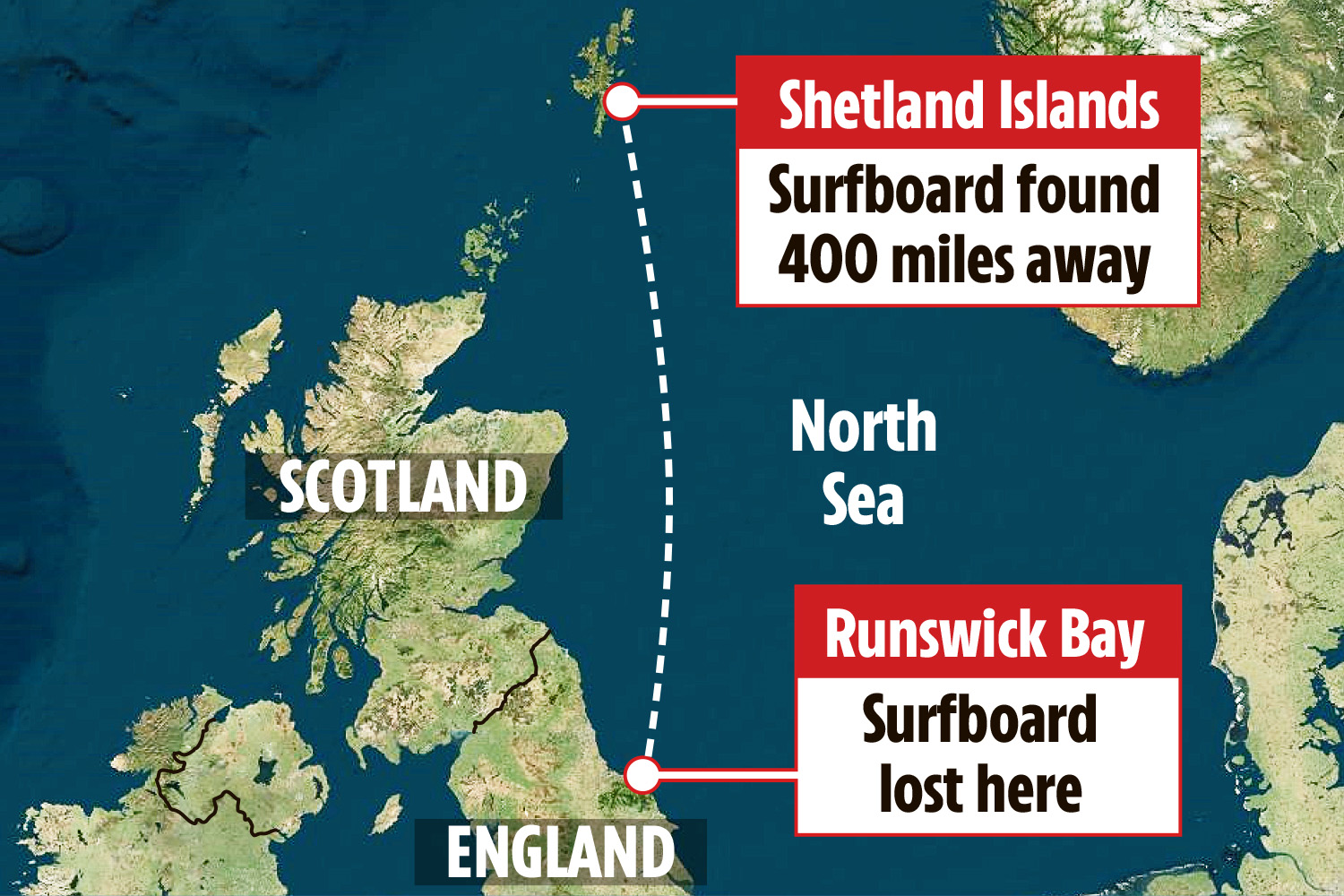 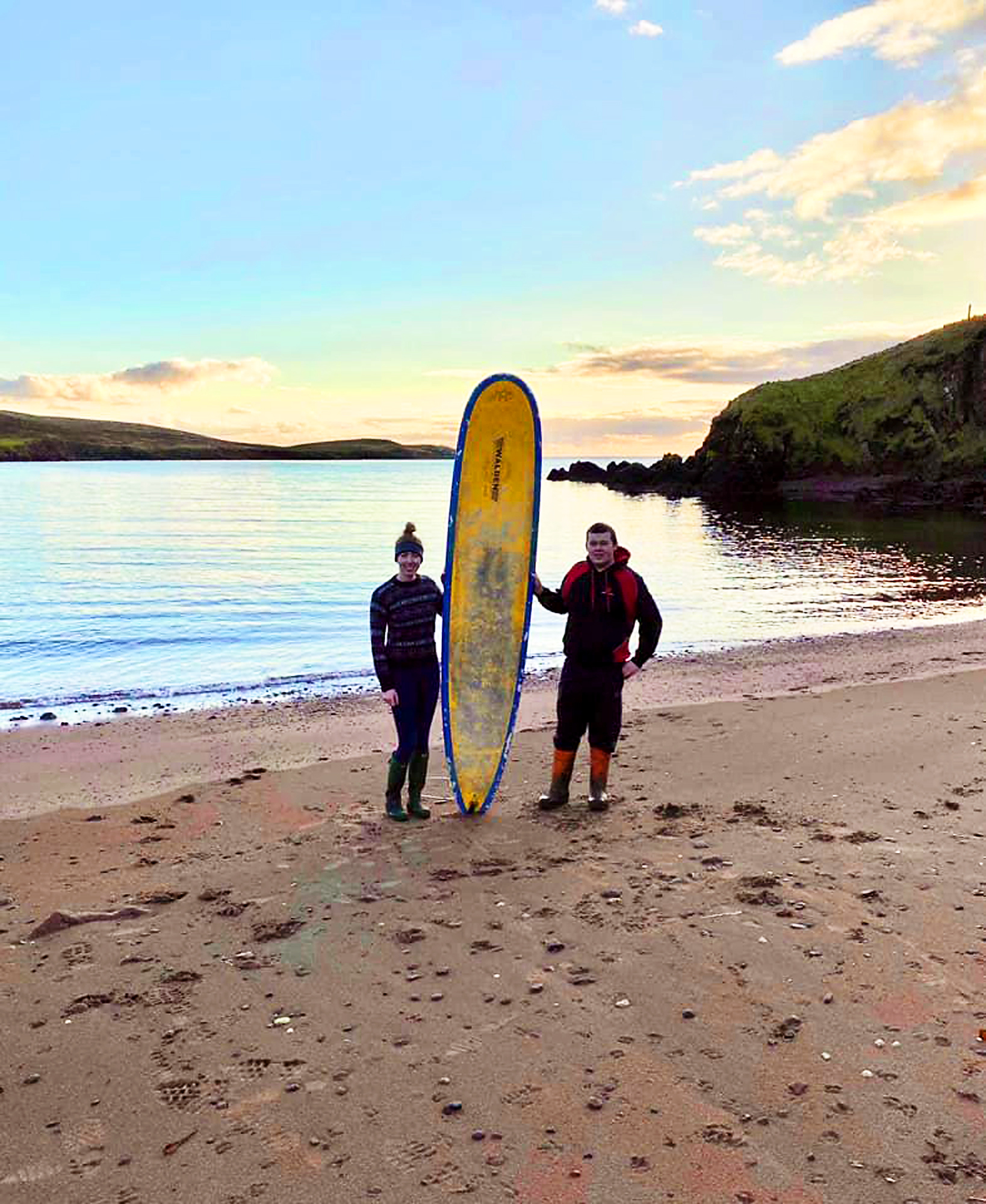 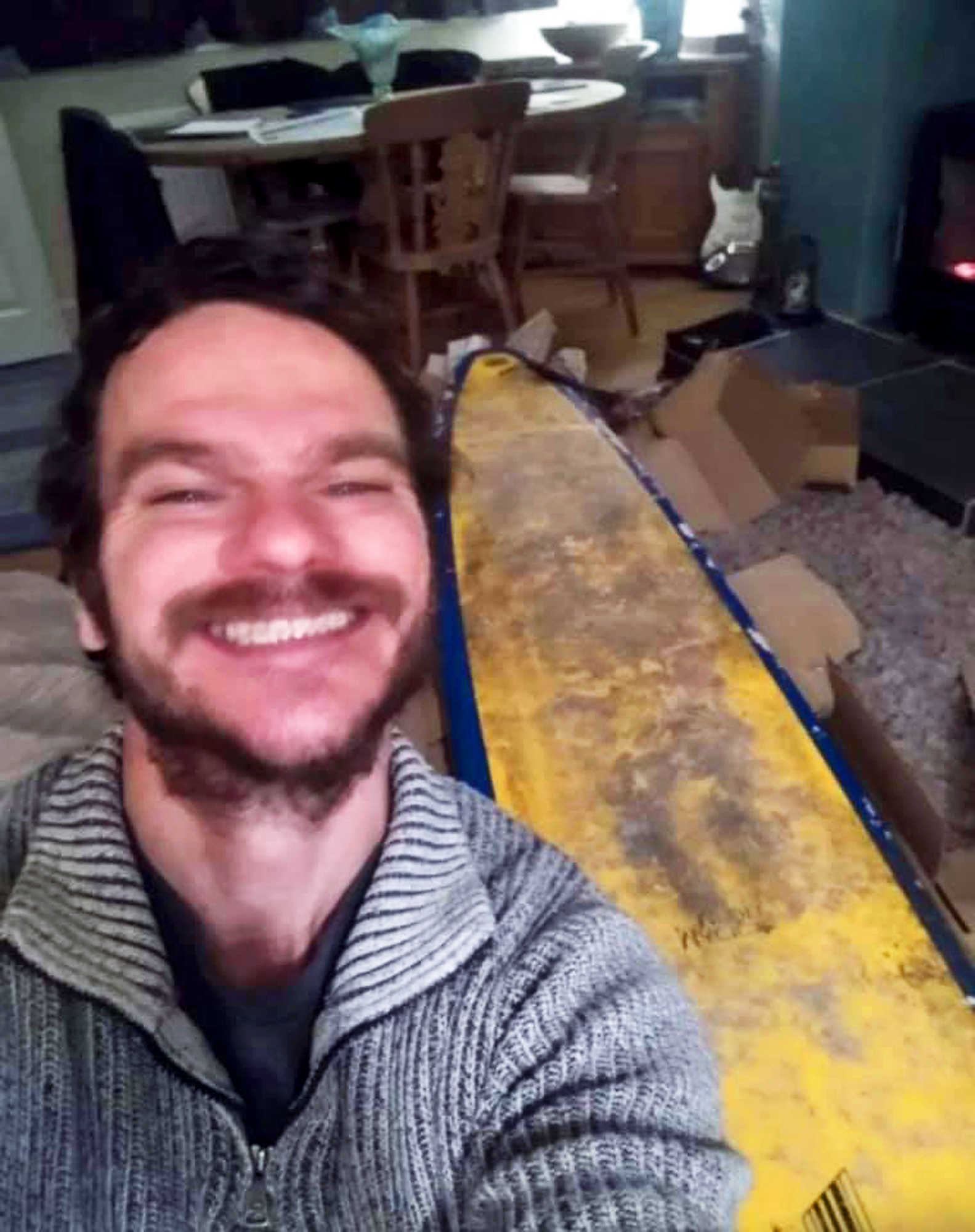 Stephanie, from Shetland, added: "Our interest was piqued at that point and we were just wondering where it had come from, how far it had travelled, who lost it, what story was behind it.

"We went straight in to inspect the board to find any clues. We were surprised by its condition, it seemed pretty good.

"Knowing where it had come from that's even more impressive. It was completely intact."