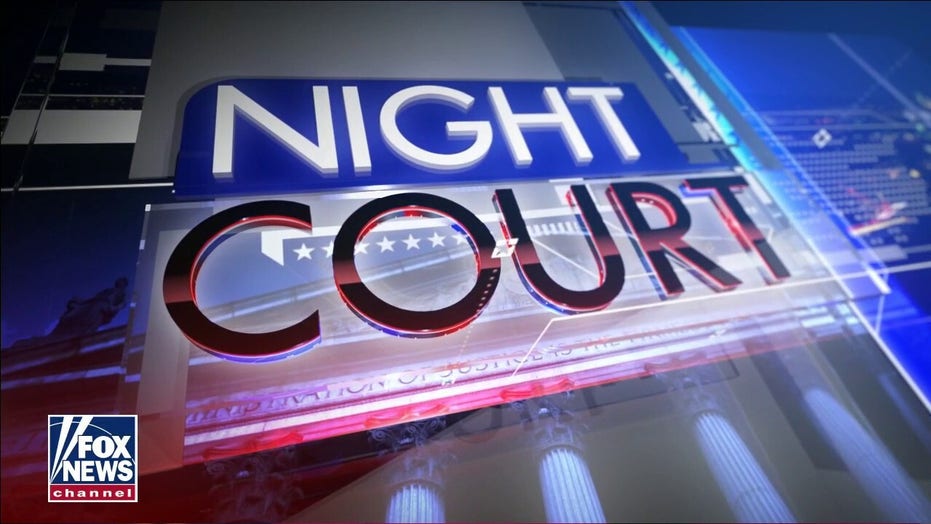 The suspect in the fatal stray-bullet shooting of 1-year-old Davell Gardner in Brooklyn was charged this week in connection to the tot’s death in July, police said Thursday.

Dashawn Austin, 25, was hit with multiple raps — including depraved indifference murder of a child under 11 years old — in the shooting of the infant during a cookout in Bedford-Stuyvesant, police said. 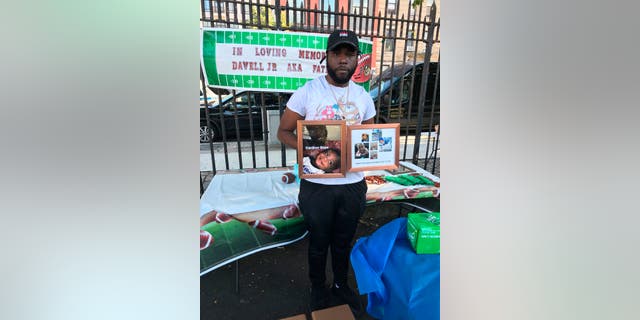 Davell Gardner Sr., 25, the father of the baby Davell Gardner Jr., killed in July in a park in Bedford-Stuyvesant, New York, celebrates his life on Sept. 12, 2020. (Photo by LAURA BONILLA CAL/AFP via Getty Images) 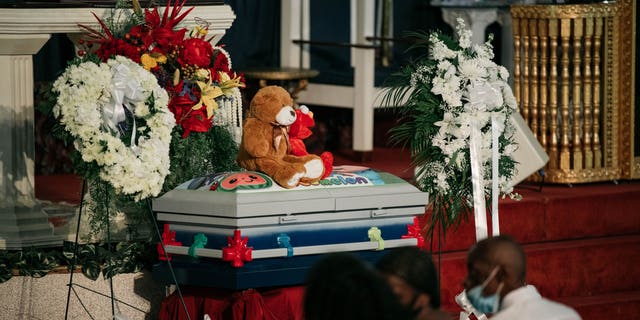 The casket of Davell Gardner Jr. sits near the altar of Pleasant Grove Baptist Church on July 27, 2020 in New York City. Family, local elected officials, and clergy gathered at Davell’s funeral to mourn his loss and condemn the gun violence responsible for his death at a Brooklyn cookout on July 12. (Photo by Scott Heins/Getty Images)

Days after the July shooting, Austin was busted in connection to the murder of Janile Whitted, 26, in March 2020 outside Amour Cabaret on Nostrand Avenue near Herkimer Street in Bedford-Stuyvesant, police said.

He was charged with murder and criminal possession of a weapon in connection to that case.

At that time, he was being eyed as a suspect in the slaying of Davell. Those charges were filed against him Wednesday afternoon, while he was in custody in connection to the earlier murder, cops said.

This story first appeared in the New York Post.