A SUSPECTED carjacker ended a high-speed chase in Santa Cruz, California, on Tuesday by driving the vehicle off a cliff.

The driver led authorities on a more-than-100-mph chase before plunging the car into the Pacific Ocean, Santa Cruz County Sheriff's Office said. 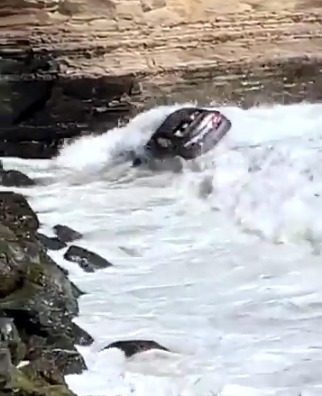 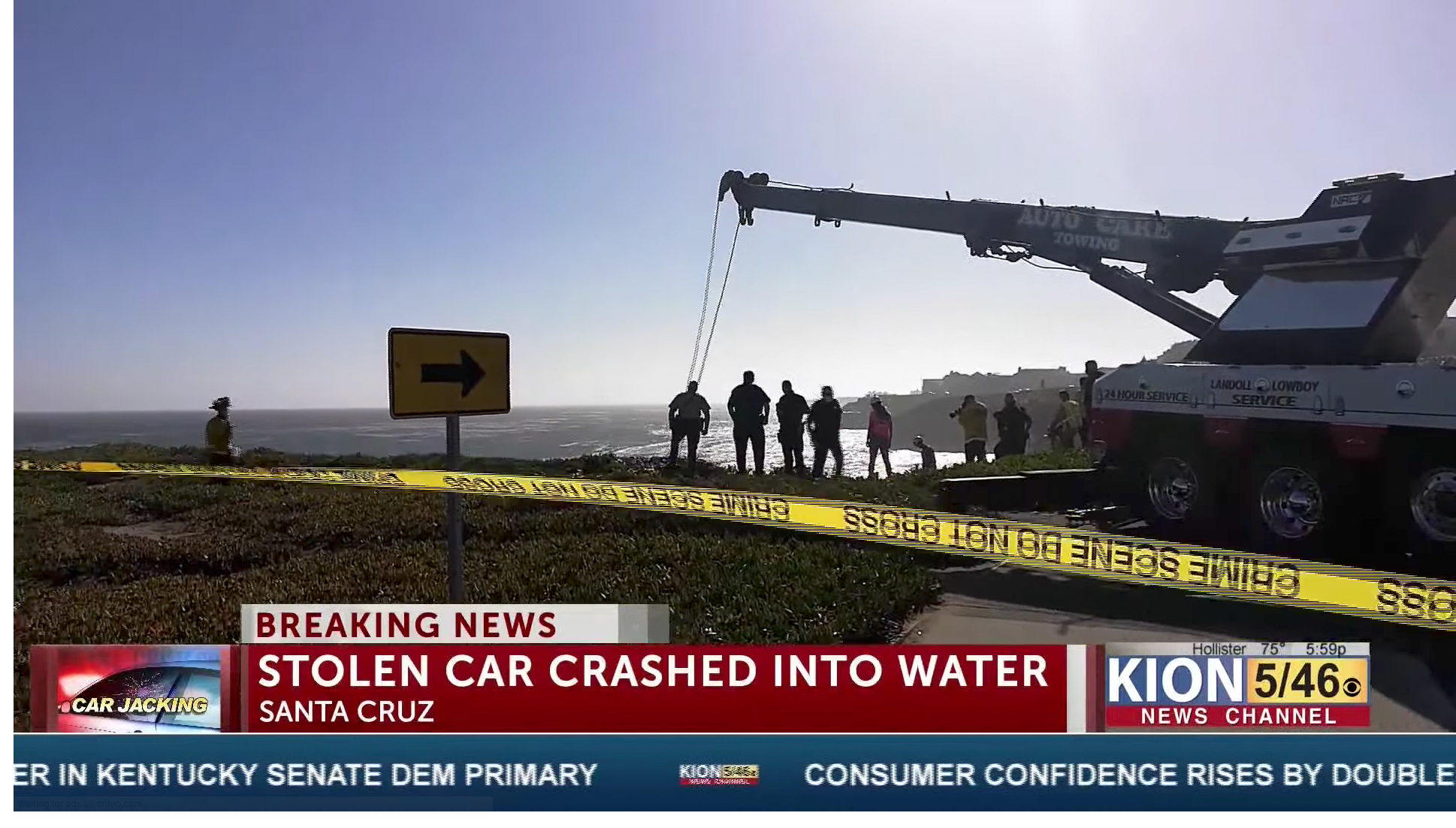 After numerous support agencies were called to the scene, rescue swimmers verified there were no passengers trapped inside the submerged vehicle and the suspect was taken into custody when he returned to dry land.

No injuries were reported and the suspect's name was not released.

According to law enforcement agencies, the man was reportedly shooting a handgun in the air near Waddell and Scotts Creek just north of Davenport on Highway 1.

Shortly after, a man with a similar description was reported to have forcibly taken possession of a Honda in the same area.

According to the Santa Cruz Sentinel, responding officers tried to stop the vehicle, but the driver refused to pull over.

What ensued was a high-speed pursuit, where speeds reportedly reached more than 100mph.

With the vehicle approaching the city limits of Santa Cruz, deputies terminated their pursuit as a community safety precaution.

However, the vehicle was soon located again, and just after 4 p.m. the driver drove the car off the edge of a cliff near Stockton Avenue.

The car was soon completely submerged in the Pacific Ocean, and, according to reports, the driver then headed back to the cliff at gunpoint, where he was taken into custody.

Following the vehicle's plunge, spectators gathered on the cliff to observe the vehicle.

The Sherriff's office said it plans to offer an update on Wednesday afternoon. 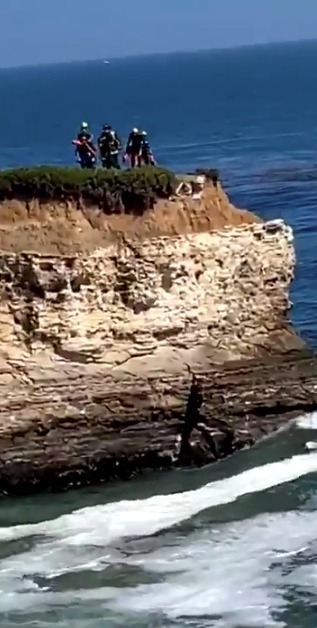