A young Syrian ISIS supporter has been arrested after stabbing a German tourist to death and injuring another earlier this month.

Abdullah AHH, 20, was arrested after the attack in the eastern German city of Dresden on October 4, authorities said today.

Prosecutors said they suspect the man may have had an Islamic extremist motive for the attack, news agency DPA reported.

He was jailed for two years and nine months in 2018 as an 18-year-old and was released from jail just five days before he allegedly attacked and wounded the visitors from western Germany in downtown Dresden. 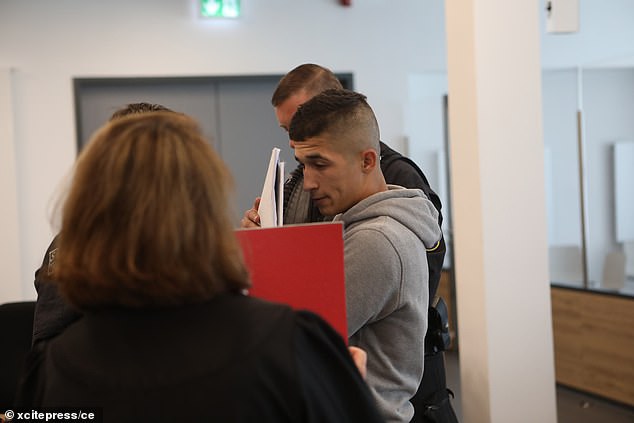 Syrian ISIS supporter Abdullah AHH (pictured), 20, was arrested after a tourist was stabbed to death and another seriously injured in the eastern German city of Dresden on October 4, authorities said today

The victims, one aged 53 and the other 55, were German men from the western state of North Rhine-Westphalia on vacation in Dresden, according to the police.

They were severely injured in the knife attack and the 55-year-old later died.

A knife that investigators believe is linked to the attack was found at the scene with traces of DNA on it.

The 20-year-old was arrested on Tuesday evening, police and prosecutors in Dresden said.

AHH comes from near Aleppo and came to Germany in the summer of 2015. A large number of Syrians and other migrants arrived in Germany that year.

He was arrested in late August 2017 and jailed by the Higher Regional Court for ‘instructions for committing a serious criminal offence that endangers the state’, reported BILD.

AHH was sentenced to two years and nine months imprisonment under juvenile criminal law at the Regis-Breitingen juvenile prison but was released on September 29 this year.

The ISIS supporter was under supervision by the German authorities at the time of the Dresden murders. 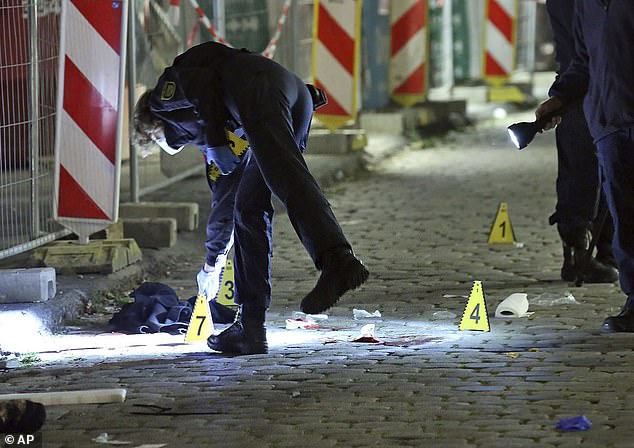 The victims, one aged 53 and the other 55, were German men from the western state of North Rhine-Westphalia on vacation in Dresden (pictured). The 55-year-old died later in hospital

In the 2018 trial, AHH was shown to have used ISIS symbols in his Facebook profile and also propagated jihad via social networks and called on like-minded people to fight as martyrs against so-called infidels.

A statement on the court’s judgment read: ‘The accused had been advocating a jihadist ideology since early summer 2017, increasingly turning to ISIS and finally, as its supporter, worried about carrying out an assassination attempt.’

AHH also searched the Internet for instructions on how to build an explosives belt, the court heard at the time.

He is charged with murder, attempted murder and dangerous physical harm for the Dresden attack.