A TEXAS elementary school teacher has resigned after staging a sick photo of her foot pressed into the neck of a black student.

The photo went viral after it appeared on Facebook last Tuesday, the same day as the Derek Chauvin guilty verdict, it was reported. 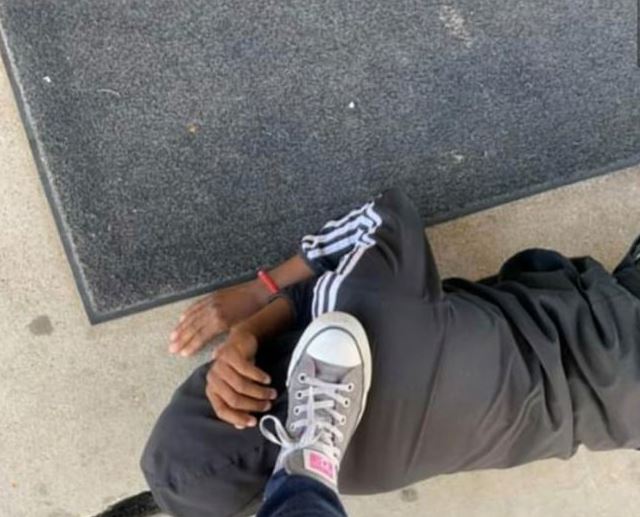 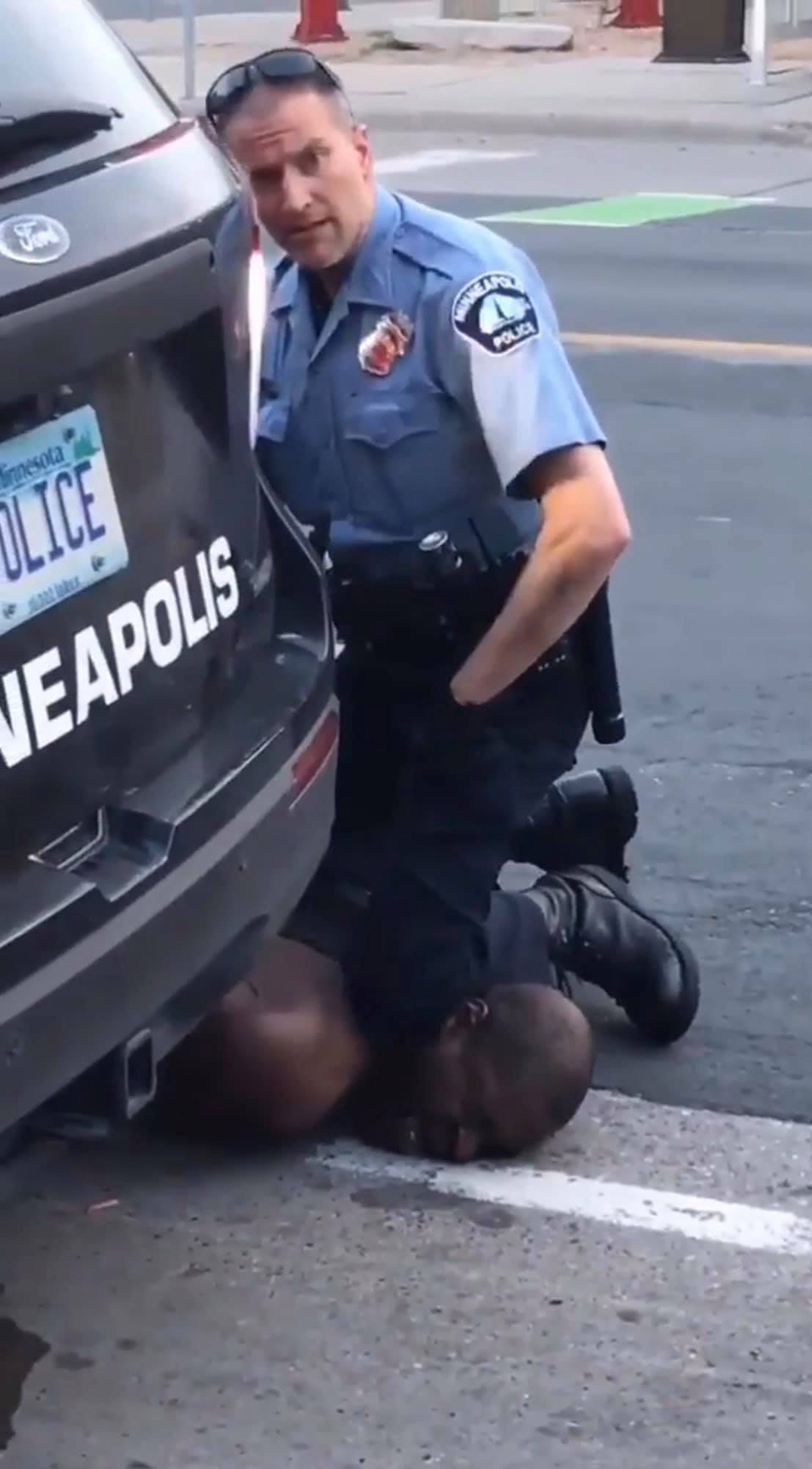 The 10-year-old boy claimed the white teacher from Lamar Elementary School was "punishing" him for acting out in class and failing to hand in an assignment, reported The Herald Banner.

The student was pictured lying on the pavement with the teacher's sneaker on top of his neck.

She was suspended last week after texting the picture to the boy's mother.

The teacher for the Greenville Independent School District has not been identified. 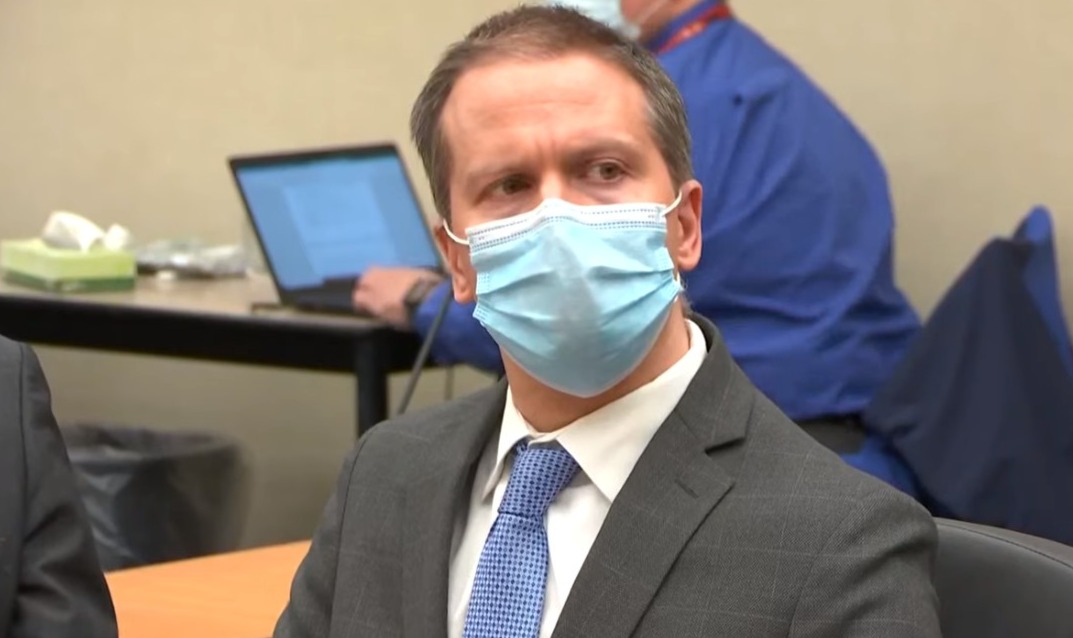 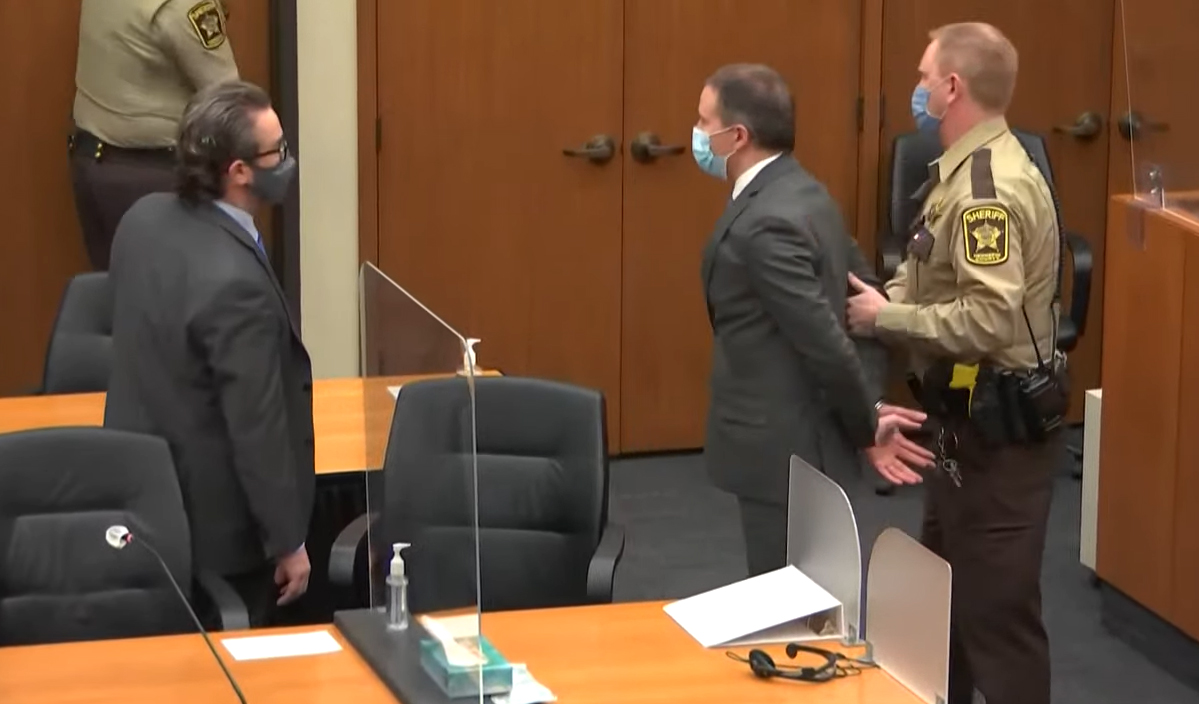 Demetrus Liggins, the district's superintendent, called the photo "inappropriate" and added that the student was not injured.

The pupil's dad told WFAA that he was "unhappy" with the photo, but his wife claimed it was a joke.

The teacher reportedly warned the boy that if he didn't return his homework assignment, he'd "end up with her foot on his neck."

The school administrators were planning to call a meeting next week after they investigated the case but the teacher resigned Friday, according to the New York Post.

Derek Chauvin was found guilty of the murder of George Floyd on all counts prompting cheers from the crowd at the courthouse after a historic trial.

The racially diverse jury – anonymous and sequestered from the outside world – deliberated for around 10-and-a-half hours before reaching their verdict on Tuesday.

As each of the charges against Chauvin was separate, jurors had to reach a separate verdict for each count.

They had to conclude Chauvin's actions were a “substantial causal factor” in Floyd’s death and that his use of force was unreasonable.

Chauvin's bail was immediately revoked and he was taken out of the courtroom in cuffs after the verdict was read out.

His face concealed by a face mask, little reaction could be seen from Chauvin but his eyes darted wildly around the room as he was led away.

A crowd gathered outside the courthouse, meanwhile, erupted into cheers and applause.

Chants of "justice" and "black lives matter" were heard thundering out.

At the intersection where Floyd was pinned down, a crowd chanted, “One down, three to go!” — a reference to the three other fired Minneapolis police officers facing trial in August on charges of aiding and abetting murder in Floyd’s death. 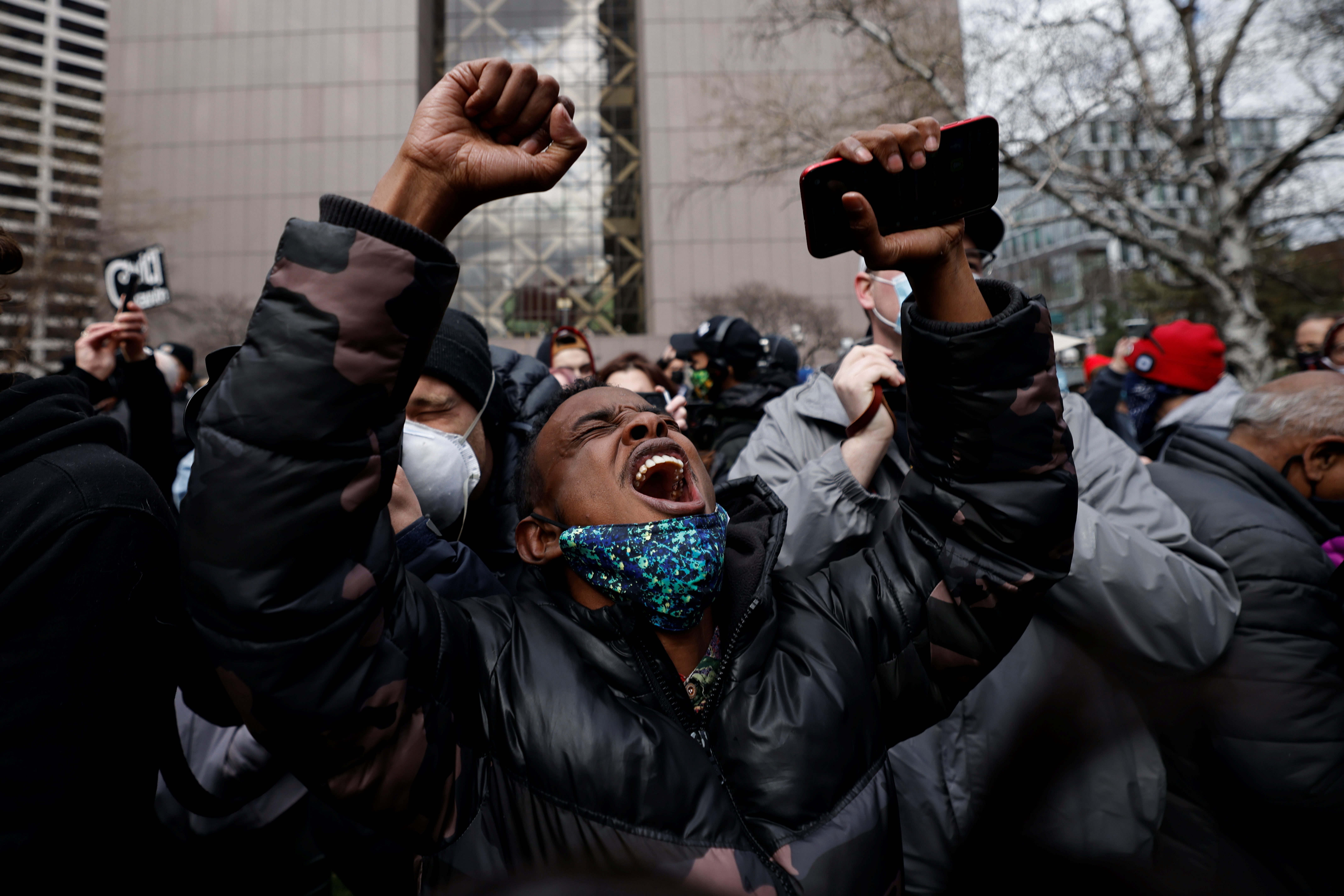 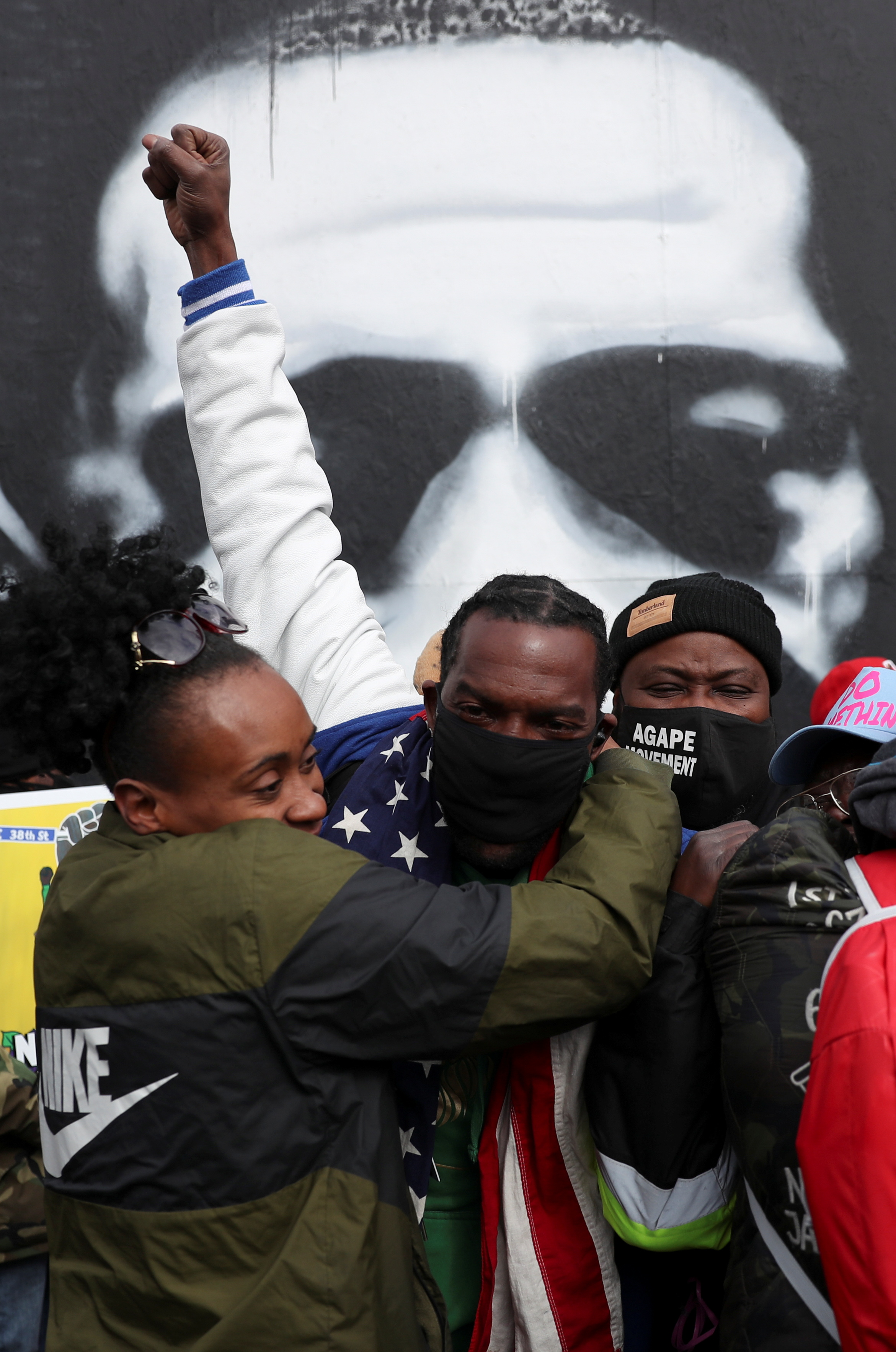 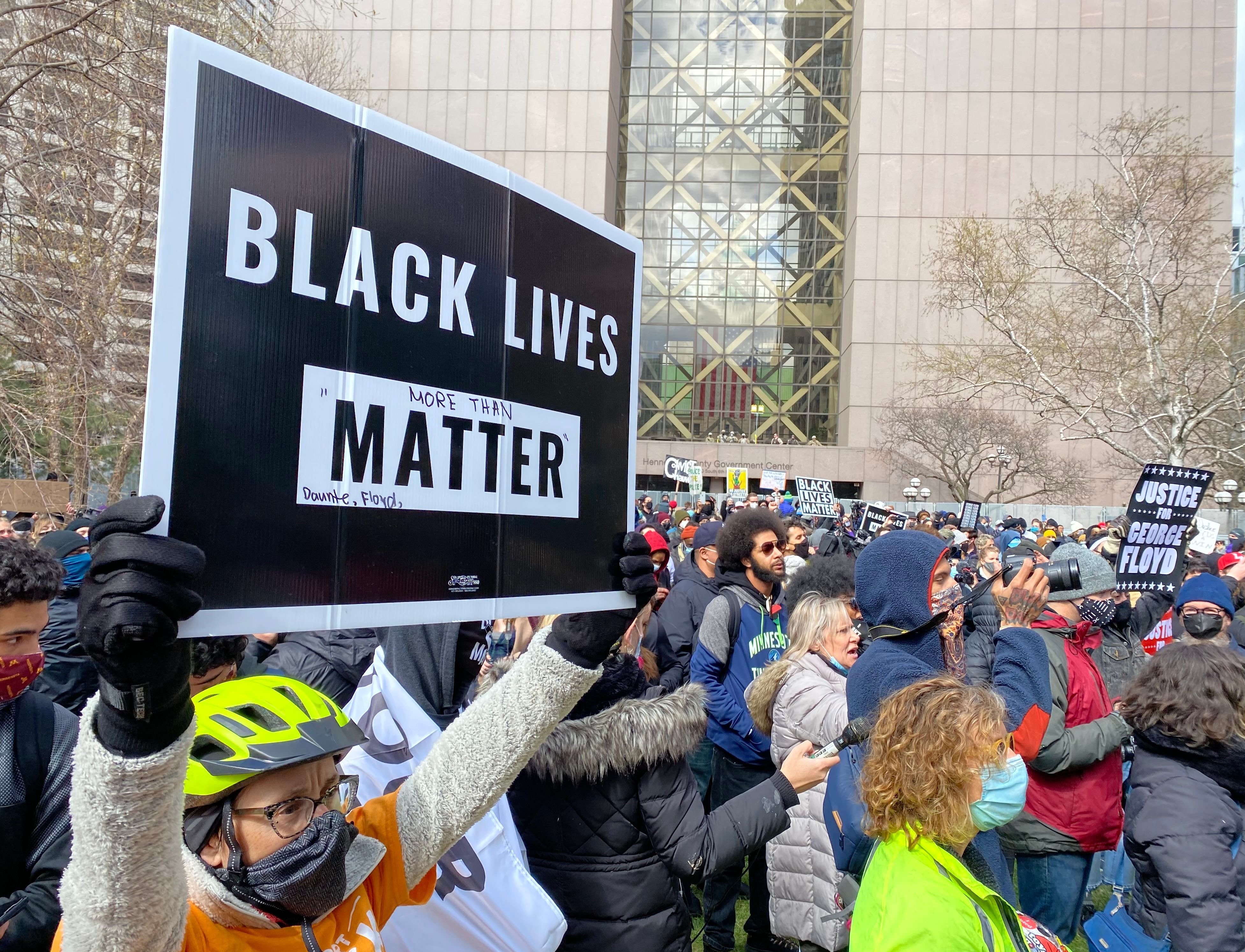