How clean is YOUR trolley? Tests reveal ‘significant bacterial’ growths on handles in Tesco car parks – as well as dirty plates at Costa and remote controls at Britannia hotels despite claims of ‘enhanced cleaning’ regimes

Supermarkets, cafes and restaurants may have ramped up cleaning routines in order to provide Covid-secure environments for their customers.

But an investigation has revealed wide variations in cleanliness on ‘high touch’ items such as shopping trolley handles, even within the same store.

Testing carried out by Channel 4’s Dispatches of 30 trolley handles from six Tesco branches nationwide found significant bacterial growth on some handles at stores in Nottingham, Falkirk and Birmingham, yet no growth on others within the same store car park.

At three other stores, no significant microbial growth was found at all on trolley handles.

The findings suggest Tesco’s cleaning methods are not being uniformly enforced, the programme said.

Dispatches also swabbed surfaces in six branches of the UK’s largest coffee chain, Costa Coffee, and found indications of a variation in cleaning standards there too.

The tests results included indications of faecal coliforms, indicating the possible presence of bacteria on these surfaces from the gastrointestinal tract, otherwise known as faecal matter, on a table at stores in Birmingham and Cardiff.

But no significant bacterial growth was found in the Torquay, Liverpool and Newcastle branches, indicating the company’s cleaning procedures can be effective. 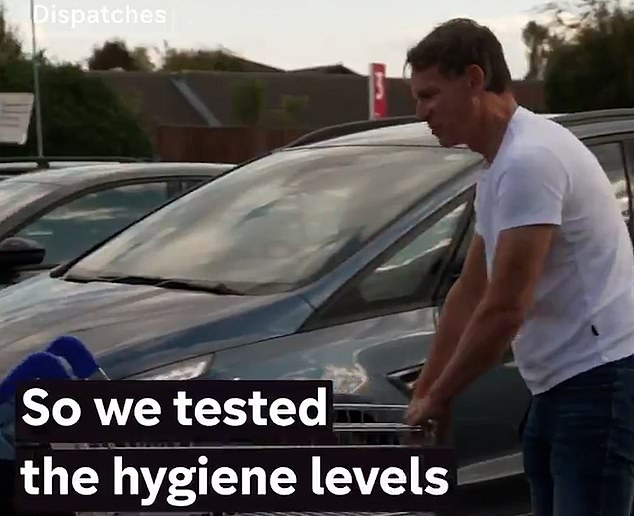 Bacteria was found on four out of five ‘sanitised’ TV remote controls tested, although scientists found virtually no bugs at all on surfaces swabbed in a room at its Torquay hotel.

Scientists working with Dispatches did not test for the presence of coronavirus – the test was to obtain a snapshot of the levels of cleanliness on surfaces the public may encounter when they are out and about.

While the presence of bacteria on a surface does not, in itself, indicate there’s anything harmful there, detecting large amounts on a supposedly sanitised surface can indicate the cleaning hasn’t been thorough.

Microbiologist Dr Olivia Champion said: ‘We can see that the cleaning routines at these businesses have put in place can be effective for all of the different chains that we’ve looked at. 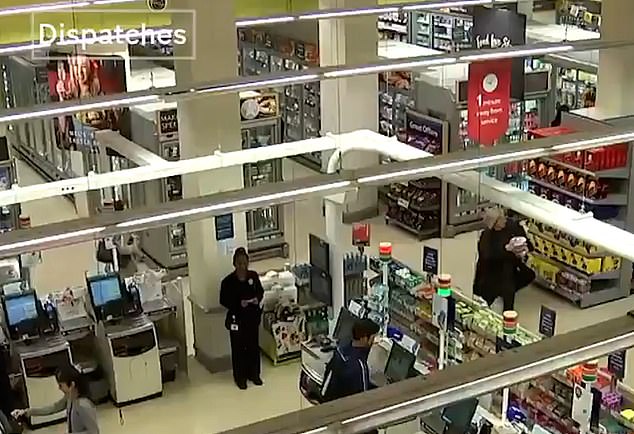 ‘There are success stories where it’s worked really well and that nothing has grown. And yet there are other cases where there’s a high level of contamination.

‘That shows that if they stick to their cleaning policies and they have time to do it, and the staff are well trained and they know what they’re doing, then we can get the level of microbial contamination down to nothing.’

A Costa Coffee spokesman said the chain had ‘re-communicated’ cleaning procedures to all stores, adding: ‘The safety of our store teams and customers is our number one priority and we were pleased to learn that no evidence of coronavirus, or indeed any other viruses, was found in any of our stores.

‘In response to the coronavirus pandemic we have enhanced our hygiene measures in line with Government guidelines and are confident we have the right policies and procedures in place to keep customers safe.’

Tesco told Dispatches: ‘The trolleys were tested in car parks, where they may have been left after use, before they are collected by colleagues and cleaned at the front of the store. 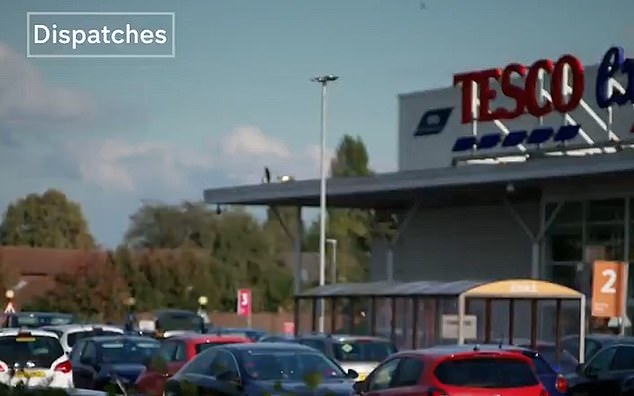 Tesco told Dispatches the trolleys were ‘tested in car parks, where they may have been left after use, before they are collected by colleagues and cleaned at the front of the store’

‘We also have cleaning stations so customers can sanitise their trolley and hands. Harmless bacteria exist all around us, and it is impossible to keep trolleys in completely sterile conditions outdoors.’

Britannia said it had invested £2million in measures to combat coronavirus and was ‘concerned and disappointed’ at Dispatches’ findings. The chain said it would ‘redouble’ efforts to improve staff training.

The programme has good news for London bus passengers though, with high human touch points such as bells, handrails and seats found to be generally clean of bacteria, fungi or the mould which was tested for.

Dr Champion added: ‘The majority of them were very clean. So, nothing actually grew at all… the cleaning that they’re using on the London buses, from the sampling we’ve seen, has been very effective.’

No significant bacterial colonies were found in tests conducted on a selection of intercity train routes either, the programme found.

Dispatches: How Safe Is It Going Out? will be shown on Channel 4 tonight at 8pm