Judge Lina Hidalgo said yesterday residents of 10 or older need to be covering their nose and mouth while out in public, with the possibility of a $1,000 fine for anyone not complying. 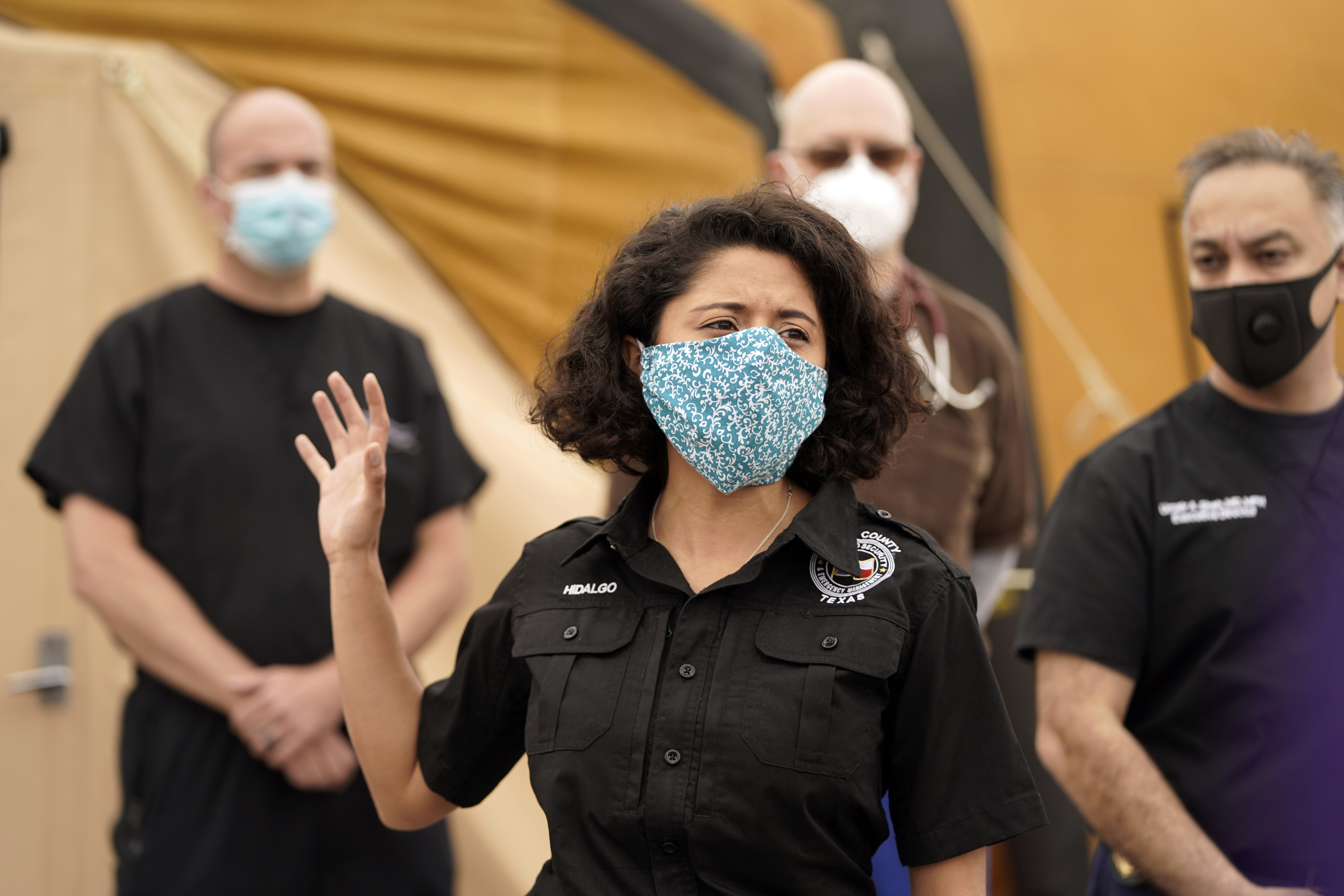 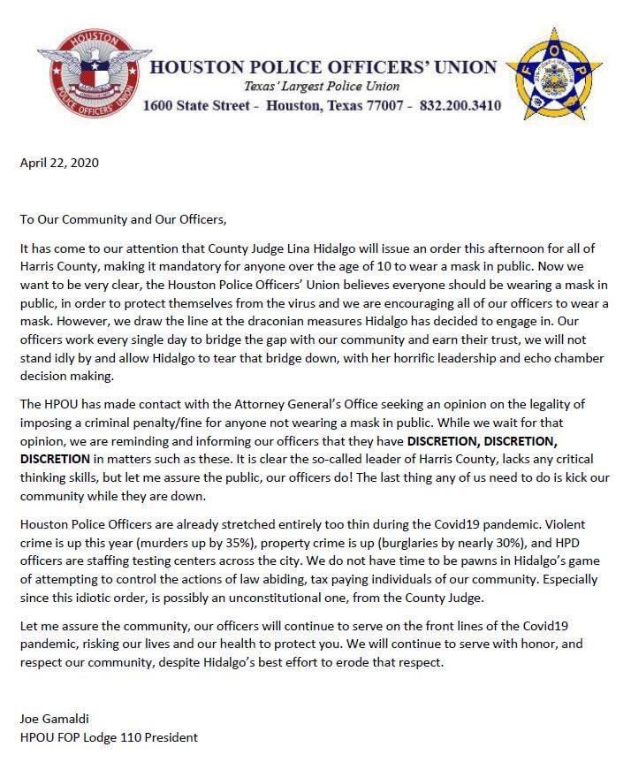 But the police union today released a statement slamming the measures.

HPOU FOP Lodge President Joe Gamaldi wrote: "[We] believe everyone should be wearing a mask in public…However we draw the line at the draconian measures Hidalgo has decided to engage in."

"The statement continues: "Our officers work every day to bridge the gap with our community and earn their trust, we will not stand idly by and allow that bridge to be torn down."

The union also blasted the judge's leadership as "horrific" and accused her of making "echo chamber" policies, calling the mask order "idiotic".

The HPOU has reached out to the Attorney General's Office to check the legality of the enforcement too, the statement says.

It adds: "The last thing any of us need to do is kick our community while they are down."

The union also argues their police force are "stretched too thin" as is, and don't have the means to enforce the punishment aspects of the order. 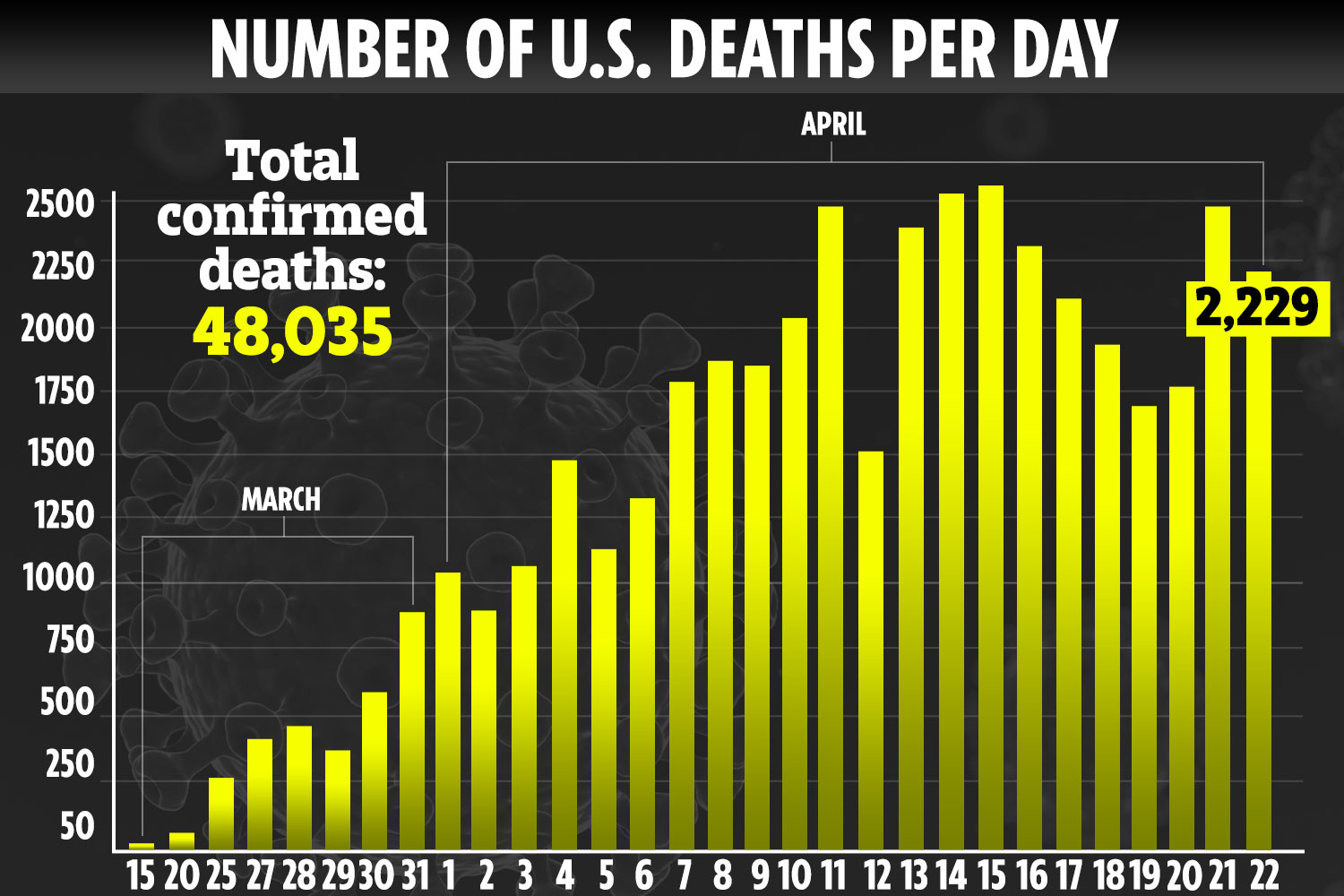 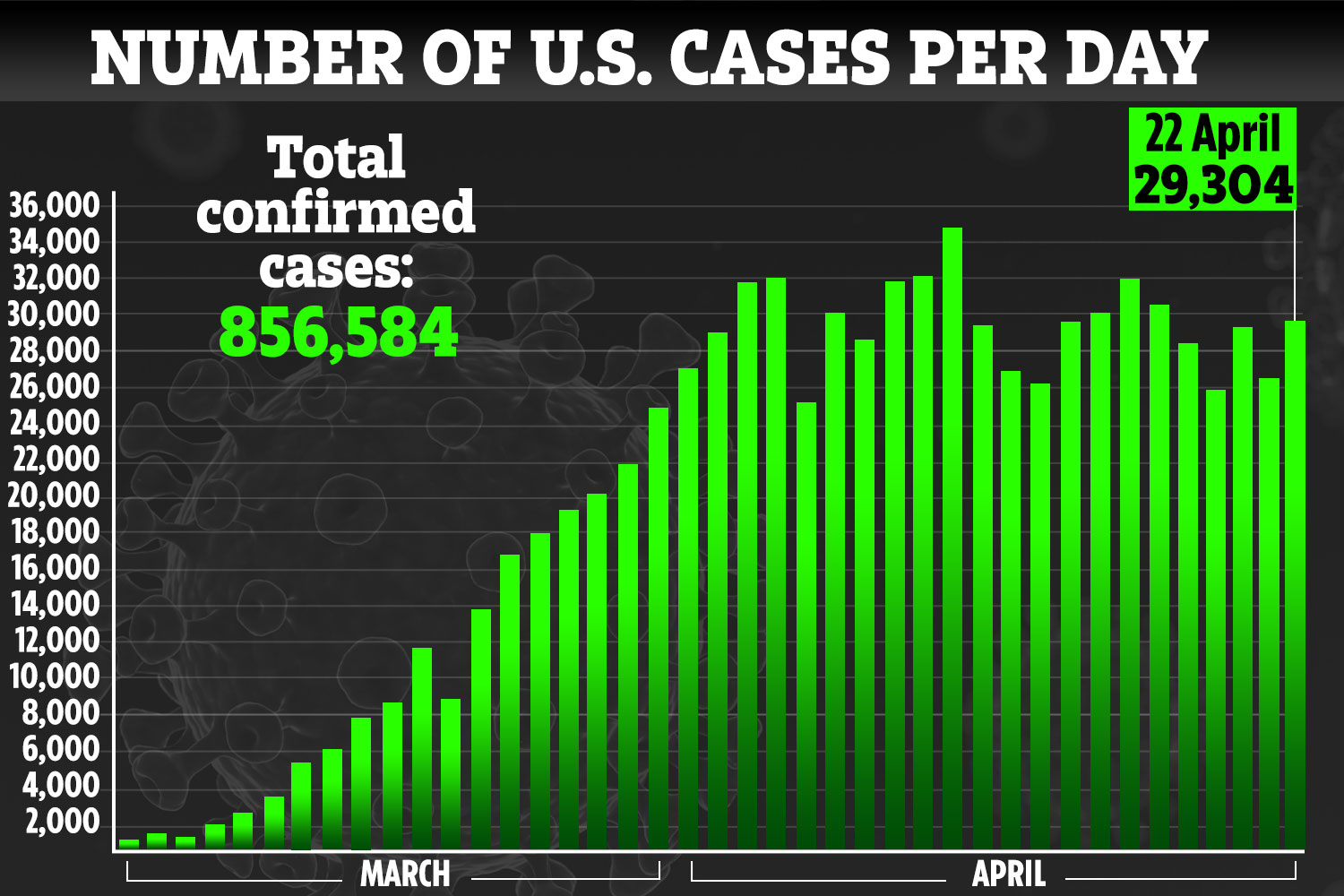 Crenshaw Tweeted: “Should guidelines for masks in confined spaces be emphatically promoted? Absolutely."

In their statement, the HPOU urged officers to use discretion when enforcing the rules, although the Houston Chronicle reports Hidalgo has recommended this too.

And Galveston County Judge Mark Henry called the requirement unconstitutional. “While we encourage that you consider these recommendations for your own safety and the safety of others around you, I will not be mandating it because I believe it is unconstitutional to do so."

Asked about the pushback, Hidalgo said: “There's always going to be a minority voice. … People are entitled to their opinions.

The uproar comes amid anti-lockdown protests sweeping the nation.

Protesters have called the lockdowns "tyrannical" and have demanded businesses reopen – but many governors have stated they will not ease restrictions while the pandemic continues to sicken people.

Thousands of people have protested the shutdowns in recent weeks, many dismissing the shutdown as an infringement of their constitutional rights.

Many argue that if healthy people are not able to work then the economy is at risk of collapsing.

Protesters argue that they should not be forced to stay home and close their businesses, despite orders from state legislatures.

Healthcare workers across the country have stood in front of protesters, making their own statements to encourage people to stay home amid the coronavirus pandemic.

Many protesters have been outspoken about the economic impacts of the shutdown, noting that Americans are losing jobs increasingly as businesses have been forced to close.

At the beginning of this month it was recommeneded by the government Americans wear face coverings while out in public – but they discouraged the use of medical or N95 masks, as those are required by healthcare workers. 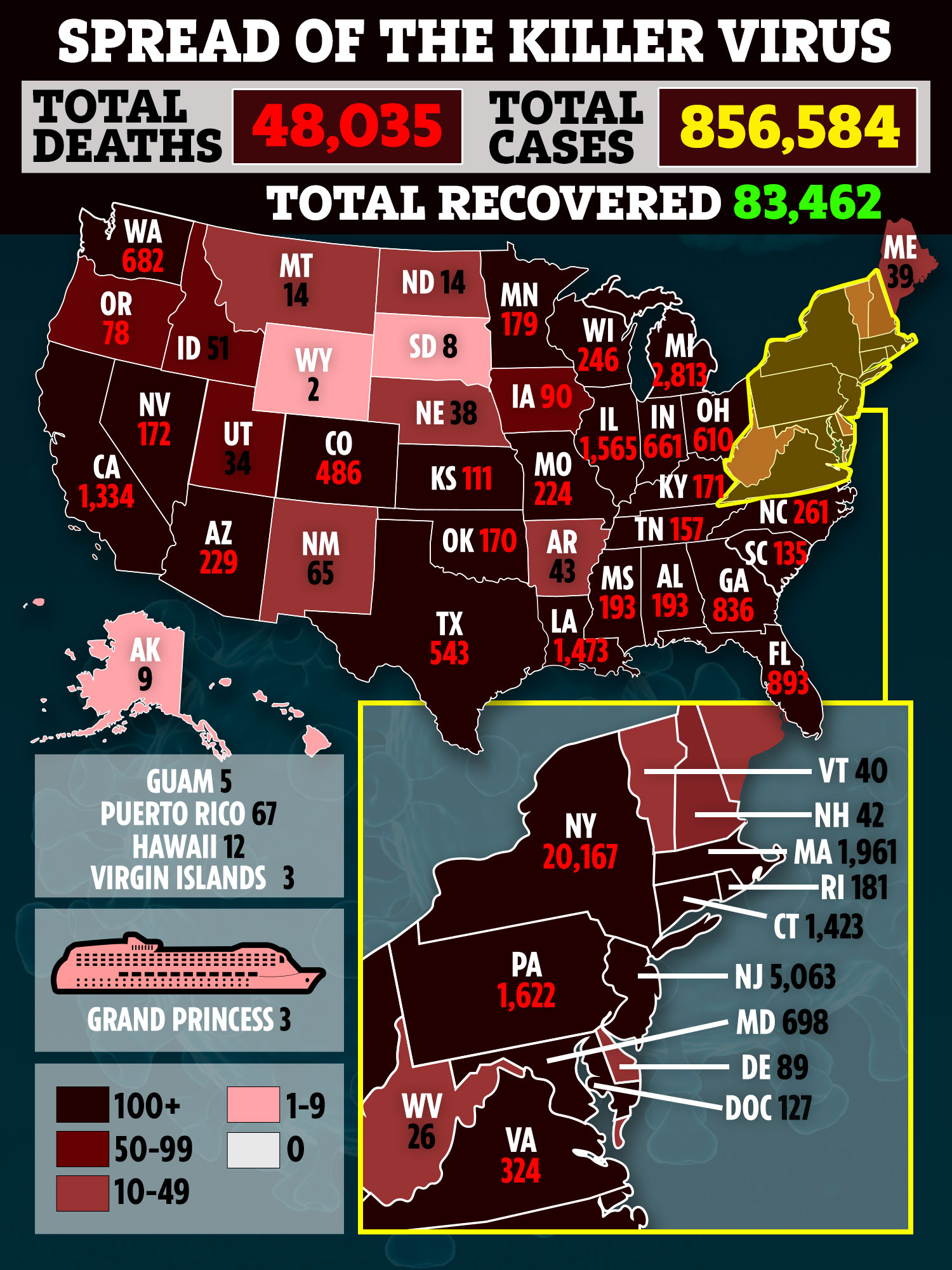 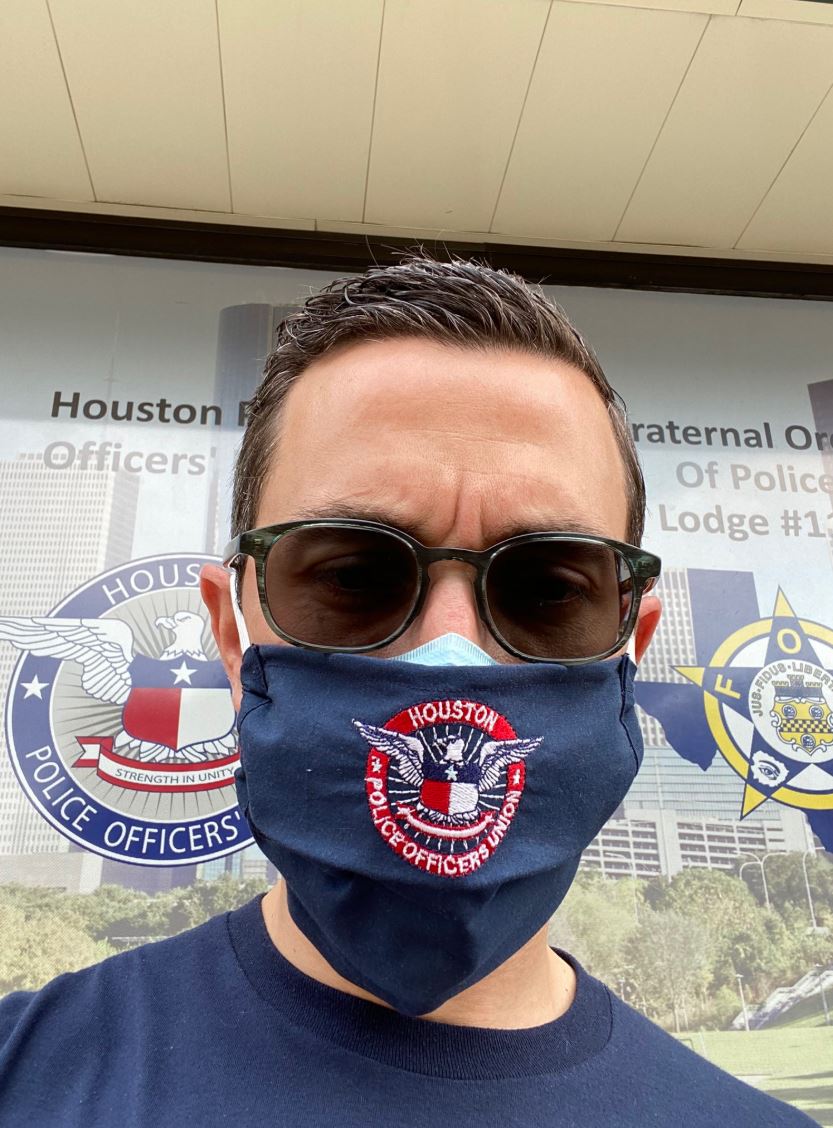 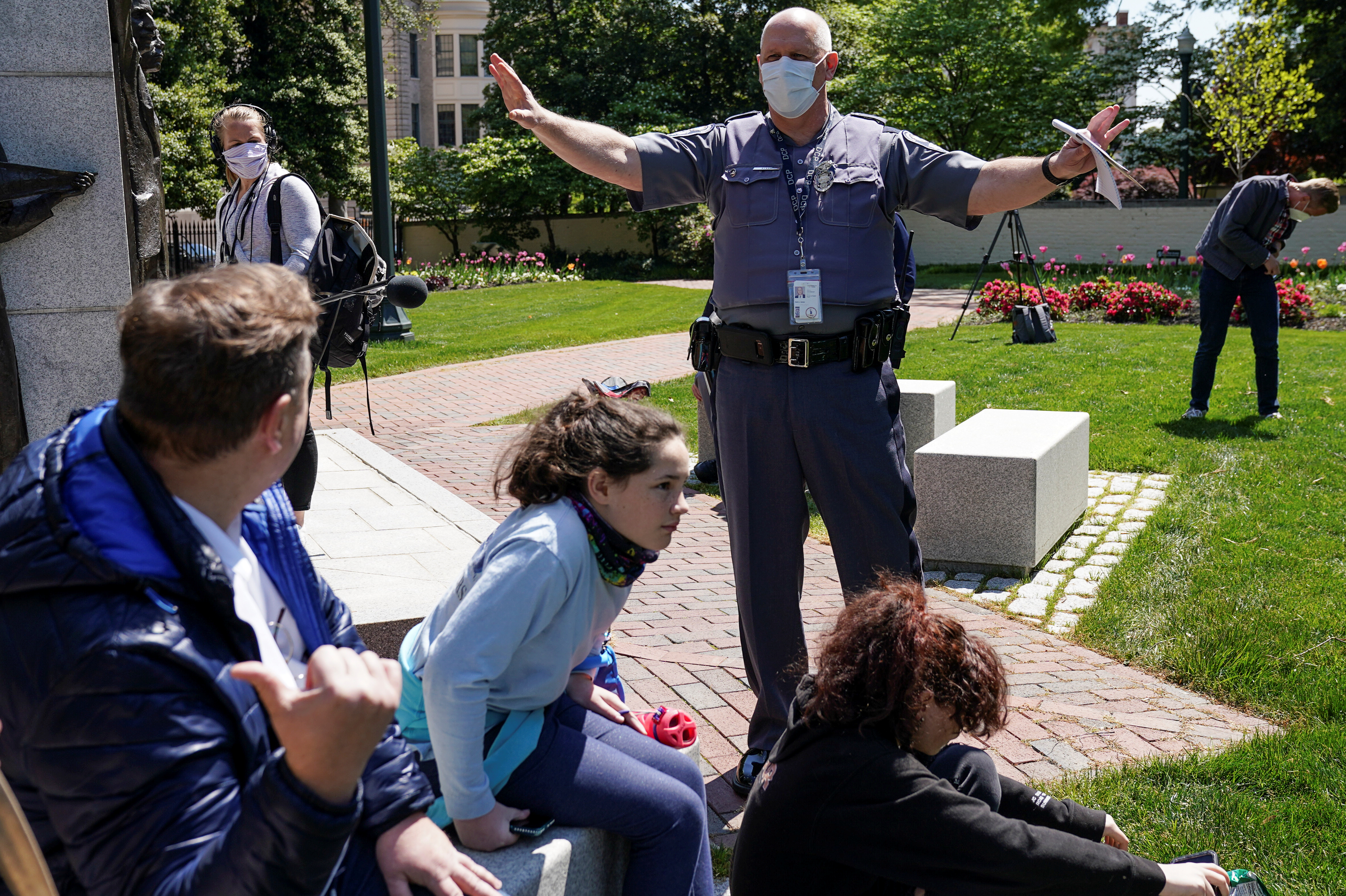