FROM a 'murder' site, creepy sculpture and blood red lake, these are some of the creepiest pictures on Google Earth.

Just this week, a one Twitter user also found a spooky ‘phantom building’ that doesn’t appear in real life, hovering in Manchester. 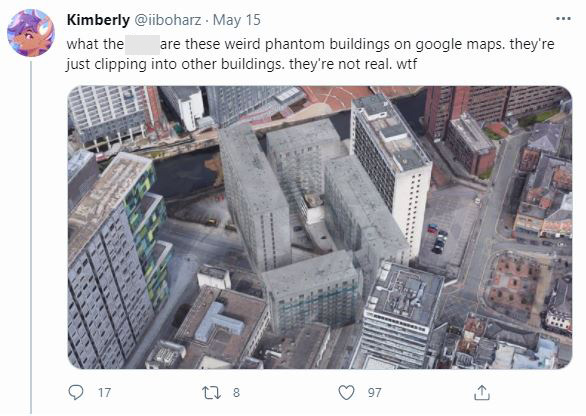 The user, who went by the name Kimberley, tweeted: "What the f*** are these weird phantom buildings on Google Maps.

“They're just clipping into other buildings. They're not real. WTF."

But she’s not the only person to have been freaked out by Google Earth pictures. 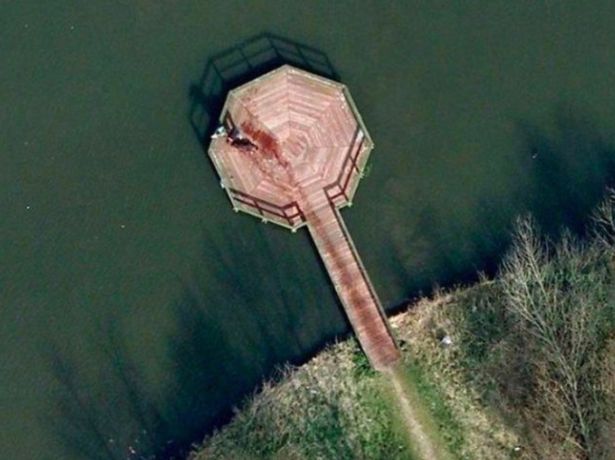 An image posted on Reddit led to a murder probe after people assumed someone had been killed.

Internet users noticed what they thought was a trail of blood in an aerial photo in a park in the city of Almere, Netherlands.

But the explanation was far less sinister – by zooming in on the picture, internet users found the object was in fact a dog.

The pet’s owner Jacquelina later told The Sun she and a friend had been out swimming and the trail was left after the water-loving dog jumped off the end of the jetty, swam back to shore and ran down the jetty. 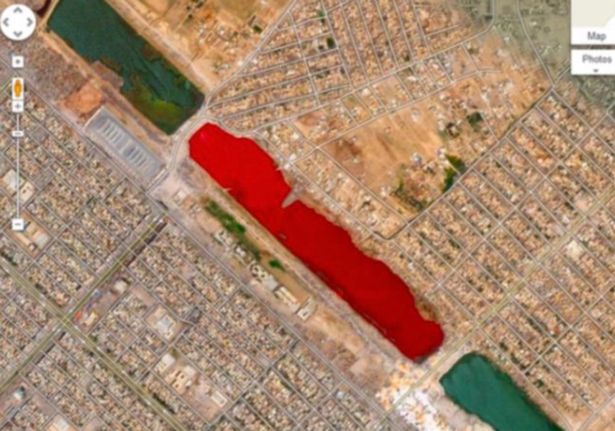 This blood-red lake outside Iraq’s Sadr City got the internet excited when it was found back in 2007.

As yet the exact explanation of the colour remains a mystery, Live Science reported with some speculating it could be caused by the blood running from a slaughterhouse.

Others suggest it could be down to pollution or sewerage. 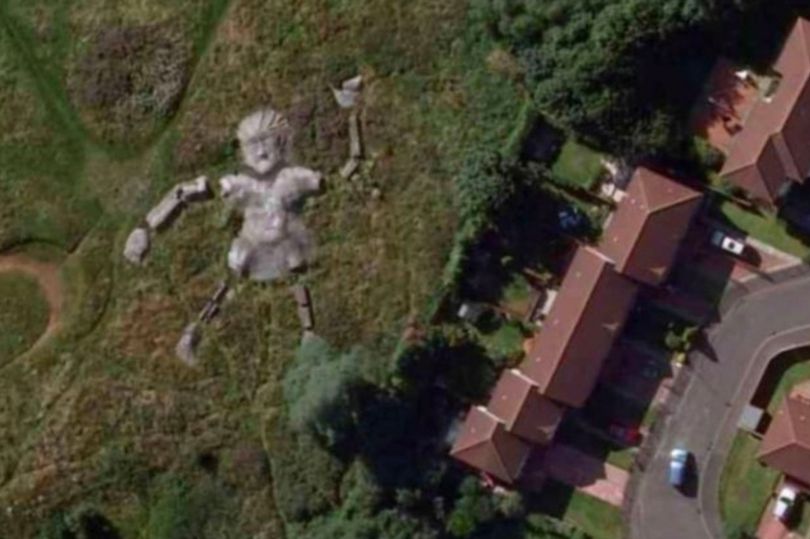 The sculpture was created by Scottish gangster Jimmy Boyle when he was in prison for murder.

During his time behind bars, Boyle discovered a hidden artistic talent and in created this baby like figure, which rests outside Edinburgh.

The 100-foot long statue named Gulliver the Gentle Giant was designed by Boyle during his stay at Glasgow’s notorious Barlinnie Prison. 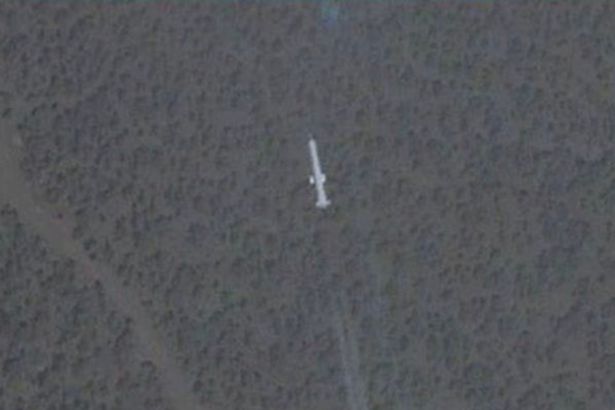 What appears to be a missile was spotted on Google Earth flying over Utah in 2006.

With looks like short wings led many to believe it was a Tomahawk cruise missile being test fired.

But others have pointed out it could be a jet airliner with dark coloured wings that blend into the earth below in the picture. 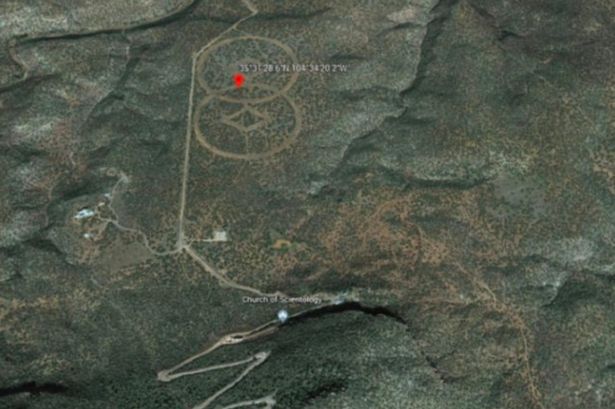 The strange symbols found near Mesa Huerfanita, New Mexico were thought by many to be the work of aliens.

But there are in fact signposts marking a bunker built by the Church of Scientology that includes a huge vault "built into a mountainside", the Washington Post reported back in 2005.

The tunnel was reportedly built to hold the works of L Ron Hubbard, the science-fiction writer who founded the church in the 1950s.

According to the paper, former Scientologists familiar with Hubbard's teachings on reincarnation say the symbol marks a “return point”.

This is to lead loyal staff members to where they can find his works when they travel here in the future from other places in the universe. 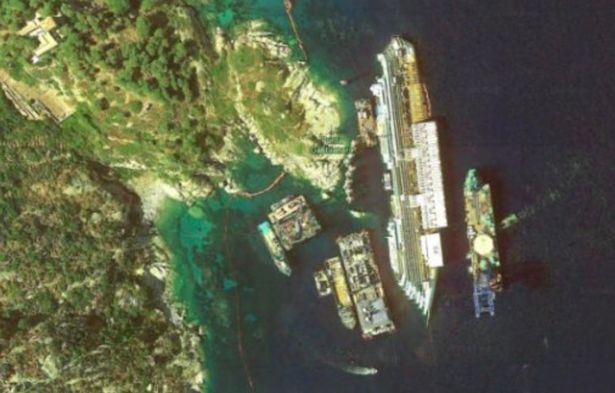 This eerie picture shows the giant Costa Concordia lying on its side after sinking off the coast of Italy.

The luxury vessel was carrying 4,252 people when it smashed into rocks and lay on its side for many months.

That's long enough for and eerie image to be captured from space.

Captain Francisco Schettino was convicted of multiple manslaughter counts for his role in the disaster.

He sentenced to 16 years for delaying the evacuation and abandoning ship before all of the passengers and crew had been rescued.