Theresa May’s drive to spend £200million of foreign aid on tackling modern slavery has been criticised for failing to consider how the money could be best used.

A review by the official aid watchdog praised the former prime minister for raising the profile of the problem, which includes forced labour and human trafficking.

But it warned there was little evidence of the long-term impact of global projects funded with British taxpayers’ money.

And the watchdog found one scheme to prevent migrant workers from South Asia becoming victims of trafficking and forced labour may have had a harmful effect. 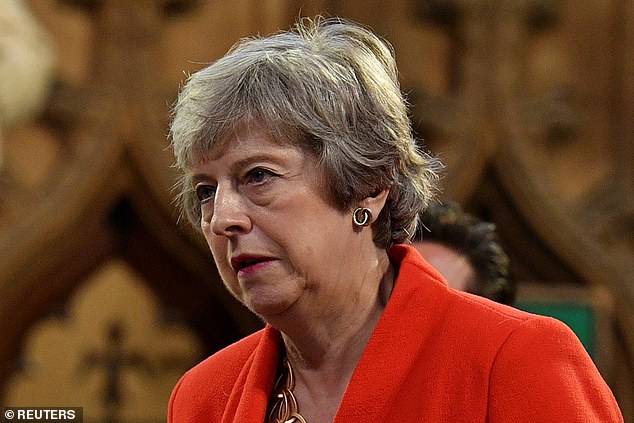 The Independent Commission for Aid Impact yesterday rated the spending as ‘unsatisfactory’ and ‘requiring improvement’ due to ‘limited evidence of long-term impact, inadequate survivor consultation, and lack of research on ‘what works’.

Mrs May made tackling modern slavery one of the flagship strategies of her premiership after taking an interest in the issue during her time as home secretary.

As prime minister, she launched an international call to action in 2017 and her government committed to using £200million of the aid budget on global efforts to stop people becoming victims.

But the reviewers said that there had been little evidence of impact ‘on the ground’ from programmes and the campaign had not built adequately on existing efforts by other agencies.

Concerns were also raised that the UK’s use of the term ‘modern slavery’ had negative historical undertones and risked stigmatising survivors as ‘slaves’, although Icai noted that UK officials working abroad had adapted their language to reflect local sensitivities.

The aid watchdog said that most of the programmes it looked at were well-managed and on track to meet their targets, including a programme in India that enrolled more than 4,000 at-risk children in school.

But it said that many projects were too short-term to have a sustainable impact on modern slavery, especially as many victims typically need support over a long period.

‘Because this is a new use for UK aid, officials are piloting new ways of working.

‘While some of these pilots have worthwhile results, it is not clear the Government’s interventions are reducing the scale of modern slavery, and they should publish a statement setting out how they are using aid for this purpose.’