Home » World News » These bases were named after Confederates, now titles may be ditched. Here's what vets say

These bases were named after Confederates, now titles may be ditched. Here's what vets say

As a young military service member, Richard Kingsberry said he wasn’t aware that two of the bases where he served had been named after Confederate leaders Braxton Bragg and Robert E. Lee.

That realization would happen later, but it helped sparked him to join the effort to see names on military boats, installations and other places removed, saying that they sent the wrong message about the nation’s history and ideals.

The effort to remove the namesakes of those who aligned themselves with the Confederacy hit a critical step as the Naming Commission recently put forth several names to replace military installations such as Fort Lee and Bragg that are named in honor of Confederate leaders.

In its place, installations may be named after women, people of African and Latino descent and other national leaders such as Dwight D. Eisenhower, a former president and general.

RELATED: Confederate names are being scrubbed from US military bases

“I think it is the appropriate thing to do to rename these military bases that are named after Confederate individuals,” said Kingsberry, commander of the National Association for Black Veterans.

He added: “That’s an honor that we don’t believe that they should be bestowed upon them because of their actions in going against this country, and their actions to support the institution of slavery.”

Although Congress and the U.S. Department of Defense still must approve the names, many veterans of color, some of whom have served on the bases, are appreciative of the renaming process and hope that it is a sign of further changes, including more diversity in high-level promotions.

“I think it is a sign that our military and our country are trying to get it right with regards to diversity, equity and inclusion,” said Anthony Lowe, commander of Price-Anderson Post 341 of the Veterans of Foreign Wars.

As part of the National Defense Authorization Act for 2021, the Naming Commission was charged with recommending to Congress the removal or renaming of Defense Department assets such as bases, symbols and other assets commemorating the Confederate States of America or people who voluntarily served with the Confederacy, according to the commission. By October, the commission should have delivered a report identifying to Congress a list of places, the cost to remove or rename them and the ways that those assets were identified.

“This list is but a first step in addressing Confederate symbolism in the U.S. military, a process that is more than symbolic,” said Rep. Adam Smith, a Democrat from Washington. “This process has created a new opportunity to foster a more inclusive environment for our service members by remembering and acknowledging our country’s history while honoring the valor and sacrifice of our service members and their families.”

Secretary of Defense Lloyd Austin III said the proposed name changes at the installations “reflect the courage, values, sacrifices, and diversity of our military men and women.” 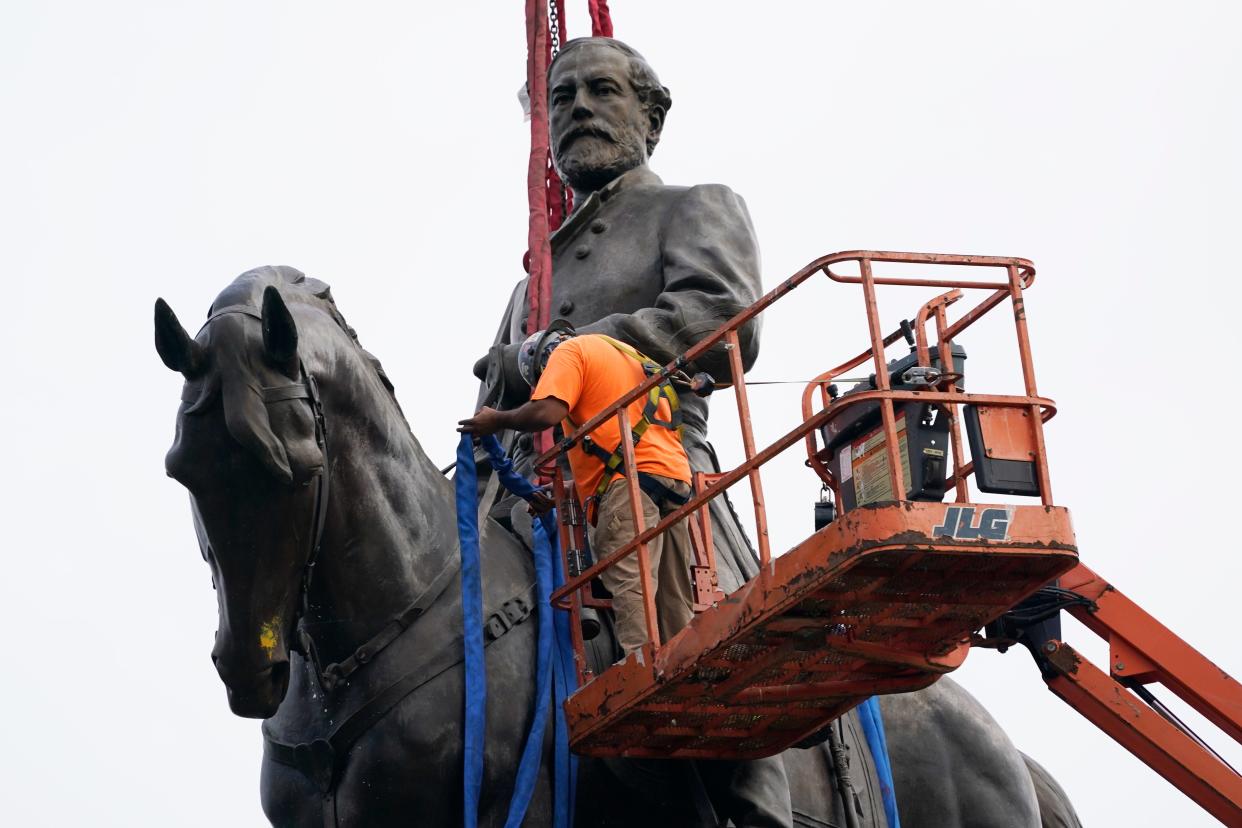 On May 24, the commission whittled those renaming efforts down to the nine bases. The proposed changes come from Army installations across the South that had been part of the Confederacy – in Georgia, North Carolina, Virginia, Texas and Alabama.

The commission decided against renaming Fort Belvoir, which was originally named after U.S. Army Maj. General Andrew Humphreys but was renamed in 1935 after a Colonial-era plantation that was on the same property. The panel said in a statement that Fort Belvoir doesn’t meet their renaming recommendations, but that it will recommend the Defense Department do a separate naming review.

But for now, Fort Bragg is proposed to be renamed Fort Liberty in honor of the national ideal. Louisiana’s Fort Polk, named after Confederate General Leonidas Polk, could be named after William Henry Johnson, a Black man who courageously fought against a German raiding party in World War I. Johnson’s valor, the commission said, made him an icon on the home front and motivated more Black people to support WWI. He was posthumously awarded the Purple Heart in 1996 and the Medal of Honor in 2015.

Fort Hood, one of the largest bases in the country, would be named after Richard Cavazos, who successfully led a company of Puerto Rican soldiers in Korea. In Vietnam, he commanded an infantry battalion, often fighting from the front, the commission said. In 1982, he became the first Hispanic American to pin four stars.

Danny Vargas, an Air Force veteran and founder of the American Latino Veterans Association, said the addition of Cavazos, a long-admired figure of Mexican heritage, was a bright spot when he looked at the list. “Gen. Cavazos is someone that is near and dear to all Latino vets,” he said.

Yet, part of the work of his nascent group is ensuring that more young people of color and from different sexual orientations can reach those heights of someone such as Cavazos.

“I think women need to be more represented. I think the LGBTQ community needs to have a greater voice of representation,” he said.

Three of the proposed military changes:

One aspect of the renaming process that stood out for Andrés Tijerina, a Vietnam Veteran and historian, was the addition of women, particularly Julia Moore, whose husband served in the military.

The spouses of service members, he said, all served the country, moving around from base to base with little housing stability. For those whose spouses were killed in a war or conflict, many did not remarry and did not get counseling services for their trauma.

Although he’s pleased about the addition of Julia Moore, he hopes future renaming efforts will include more people of color, reflecting the dynamic nation. 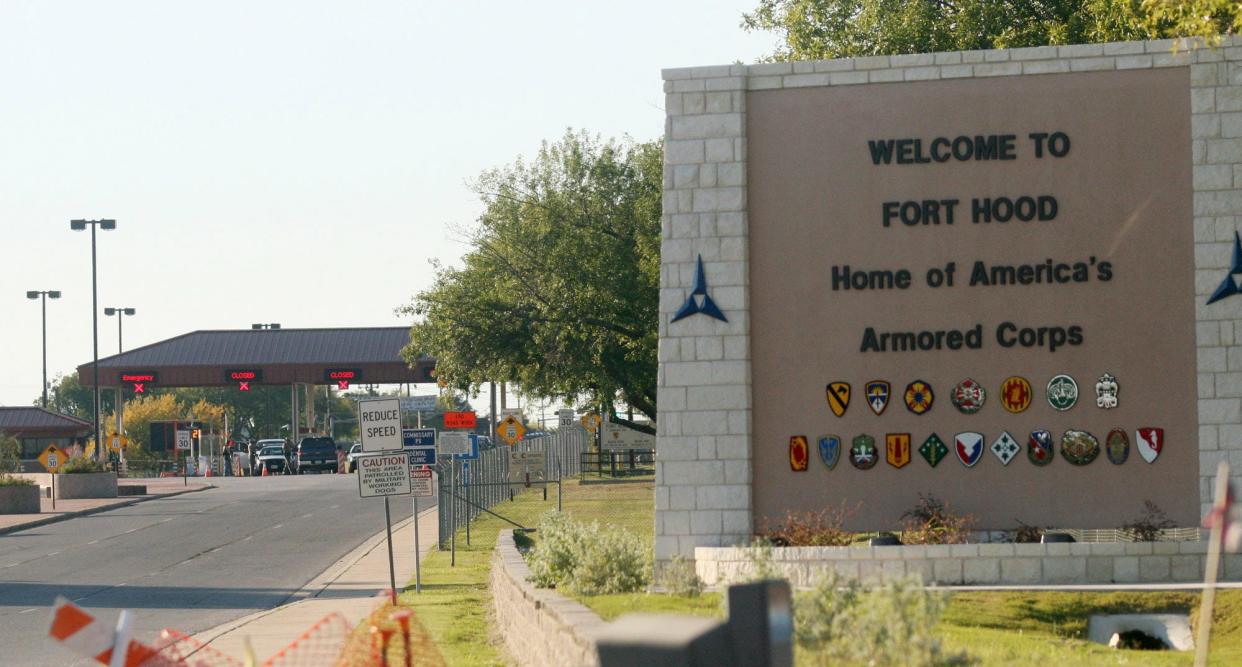 The fact that it took so long for the proposal to happen speaks to the nation’s deep-seated view on race and color, he said.

So now, he said, you have a base named after a Confederate leader possibly being renamed for the descendent of an enslaved person. More personally, he said the change might mean that the Fort Hood base, where generations of his ancestors served, would be renamed after someone like Cavazos.

“Culture changes, that’s what this represents,” he said. “This represents a recognition of the fact that America today is not America of 1861, and so, you have a completely new look.”

This article originally appeared on USA TODAY: Veterans of color on proposed ditching of Confederate names at 9 bases