This is the moment two brazen thieves attempted to steal a motorbike from a London hospital car park in broad daylight.

An astonished onlooker filmed one of the thugs trying to smash the motorcycle’s lock with a hammer outside the Royal London Hospital in Whitechapel at 11.40am on June 2.

Footage shows the thief’s accomplice calmly sitting on a scooter, keeping watch, as a car and pedestrians pass by.

But their attempts to steal the motorbike trigger its alarm and the duo – their faces hidden by their helmets – make a swift getaway on their scooter as witnesses call police. 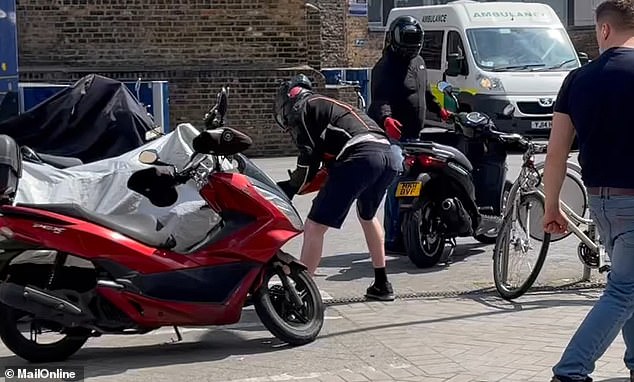 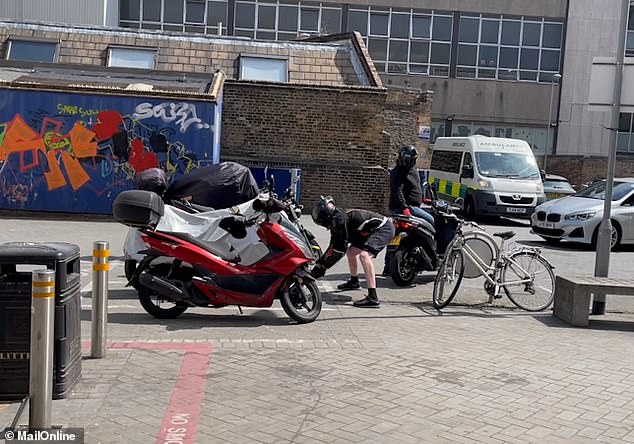 Witness Lisa Jewry, 35, said it was ‘outrageous’ that the two men could target the vehicle, which most likely belonged to an NHS worker, after the hard work carried out by hospital staff amid the pandemic.

She said: ‘It was a beautiful day, there were loads of people sitting around outside the hospital and a long queue outside A&E but these two guys didn’t seem to care how much of an audience they had.

‘The bike was alarmed and had a rain cover on. It was parked in the hospital car park so it more than likely belonged to an NHS worker. 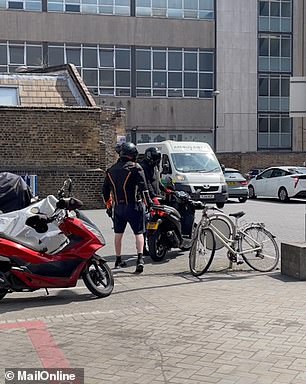 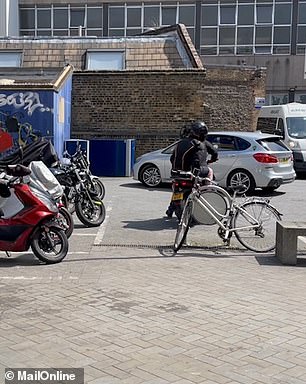 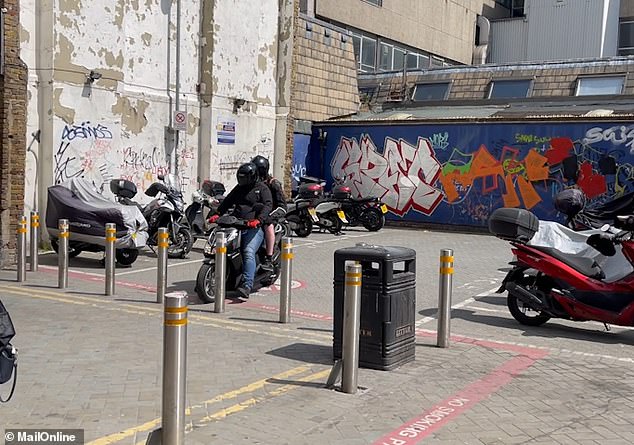 The pair, whose faces are hidden by their helmets, make a swift getaway on their scooter

‘It’s so outrageous these two would so brazenly target it after the year we’ve had and all the hard work of our hospital staff, especially at the Royal London where we’ve got quite used to seeing the queues of ambulances transporting Covid patients.

‘Someone sitting on a bench nearby was already on the phone to 999 when I started filming.

‘As the watching crowd gathered, it became clear the thieves weren’t getting very far with the hammer so they made a swift getaway.’