A SUSPECTED former drug den that was nearly destroyed in a fire has gone on the market for £49,000.

The three-bedroom terrace house in Halifax is so badly burned that the walls are completely black and the bedrooms are full of plants believed to be cannabis. 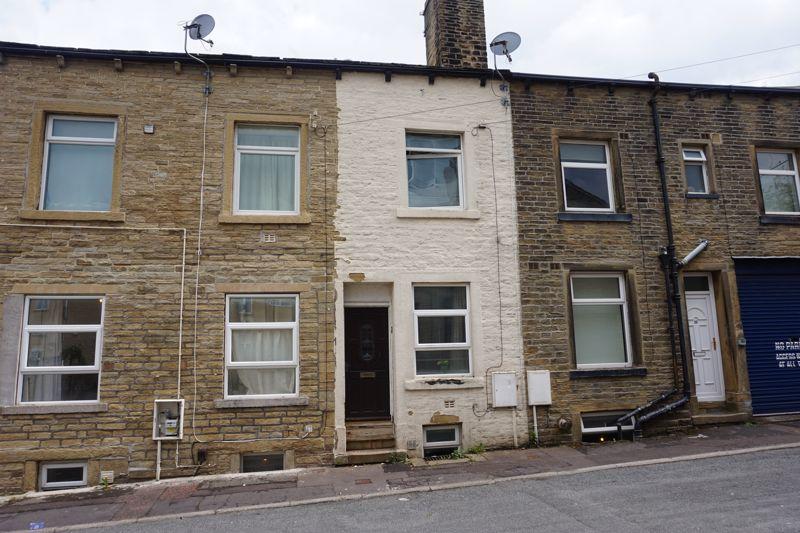 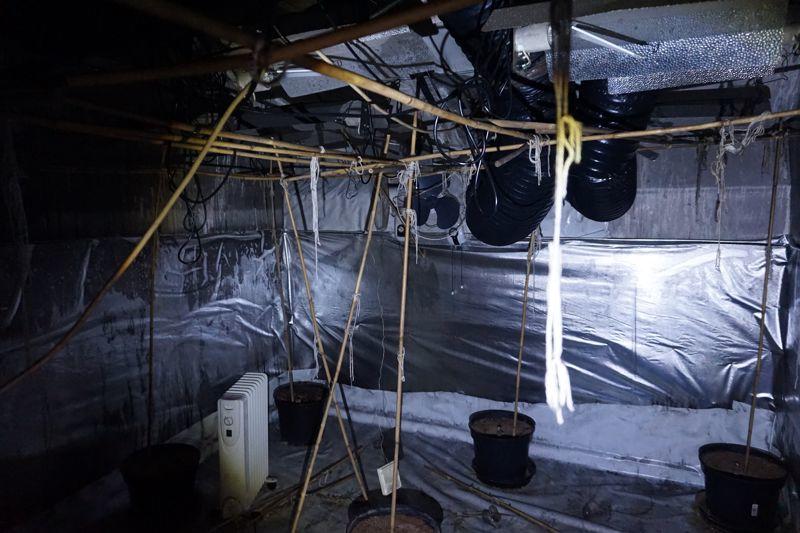 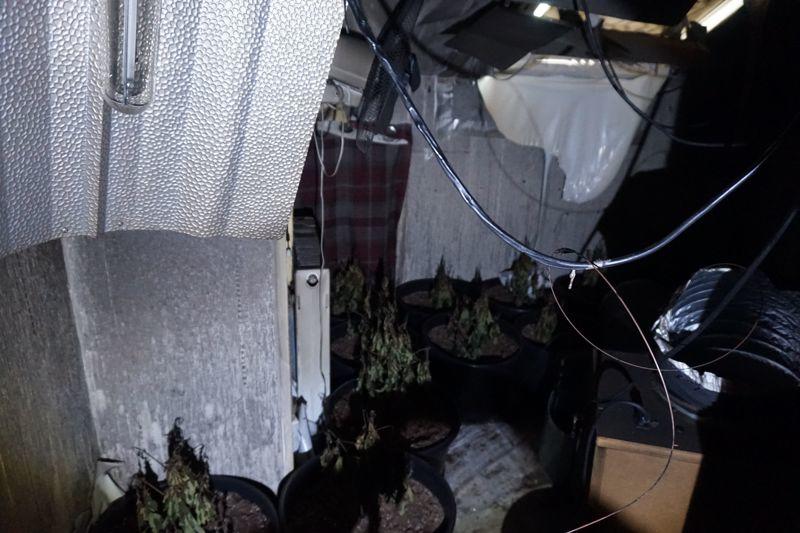 The property on Sutcliffe Street was branded "not for the faint-hearted" by an estate agent.

The kitchen and the bedrooms are covered with plastic sheets and rows of pot plants sit under cables and lamps.

In the living room, a washing machine rests against one of the walls and a broken door is propped up against a sofa.

Unopened envelopes are scattered around the doorway and the brown carpet is covered with mud and cigarette butts.

The former owner's clothes and shoes were still dotted throughout the terrace house.

Adam from Protheroe Property hosted a virtual tour of the debilitated house and noted that he wasn't told the house was burnt out before he arrived.

"It's quite a deceiving house. It's got three bedrooms and accommodation over four floors.

There's not many houses where you need a torch during the middle of the day to do viewings but just for safety reasons I've bought myself a torch to help me.

"As mentioned, it's been fire damaged so it needs full refurbishment."

He gave a nervous thumbs up to the camera before taking a look inside the house.

Walking into the lounge he said: "As you can see it's suffered quite significant damage is probably the best way to put it."

Looking on the bright side, Adam said: "Everything can be fixed of course, but it's not for the faint-hearted this property.

"It will probably become apparent what has happened here, but we can't mention certain bits and bobs on the video."

He put his torch on to explore the level below, adding "there's not many houses where you need a torch during the middle of the day to do viewings but just for safety reasons I've bought myself a torch to help me."

The narrow stairs led to the kitchen, which seemed to be storing large pots of soil with cables hanging loose from the ceiling.

"It needs a lot of renovation work. It's been partitioned off at the moment, all needs ripping out." 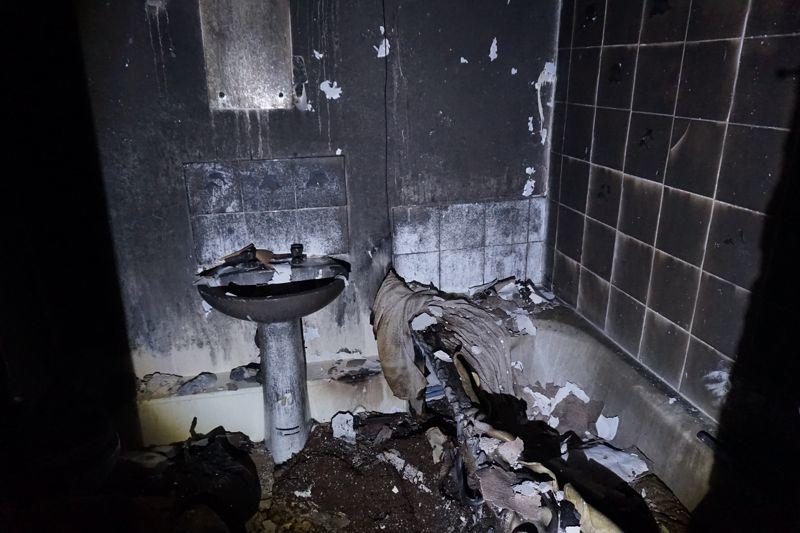 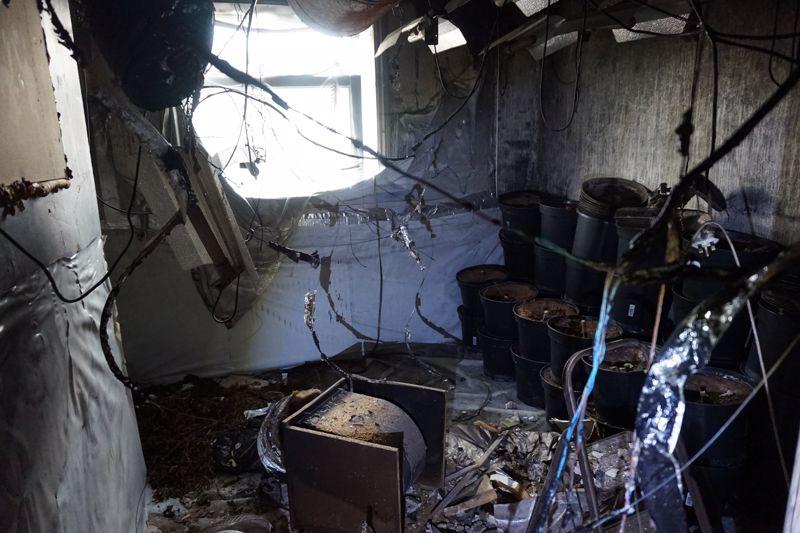 The estate agent led the camera up the stairs, noting that it had been fire damaged.

The blackened walls had paint peeling off them as Adam added: "Certain areas look worse than others.

"Don't wear white jeans when you come to view this property – don't wear a suit," he joked.

The upstairs floors of the property were thick with ash and dirt.

The whole bathroom was completely black by fire damage, even the tiles were covered in soot and ash.

The bath had been half melted and the door frames were charred from the damage caused by the blaze.

Bags of what appear to be soil were dumped on the bathroom floor along with chunks of plaster and debris from the crumbling room.

"I've been in some properties that need work, and this is up there with some of the worst ones. But again, we like a challenge and I think for every house there's a buyer," Adam added.

'NOT FOR THE FAINT-HEARTED'

In one of the other rooms in the house, more pots with bamboo canes were discovered, along with wires hanging from the ceiling.

"It's definitely an unusual situation with this property in regards to the work that's needed."

In the top of the property, one of the bedrooms contained more pots, but this time with plants – believed to be cannabis plants.

"I think you can probably see what's been occurring shall we say, without pointing out the obvious."

The other bedroom upstairs was covered in plastic sheeting with heat lamps hanging from the ceiling.

The estate agents put the house on Facebook, urging people to come and view the property.

"Love how it's all black walls and that, don't see many houses like that these days," joked one user.

Another said: "No one going to mention the massive drug operation? No one?"

But some were more optimistic, with one person commenting: "I would love to see it after it's been renovated, seems like a nice little property that's been led astray!"

"It would not take that much to sort it, especially if someone (who) is handy with DIY was doing it. I would have it sorted in a month or so."

There's no suggestion that the owner of the property was involved or knew of any suspected drug activity. 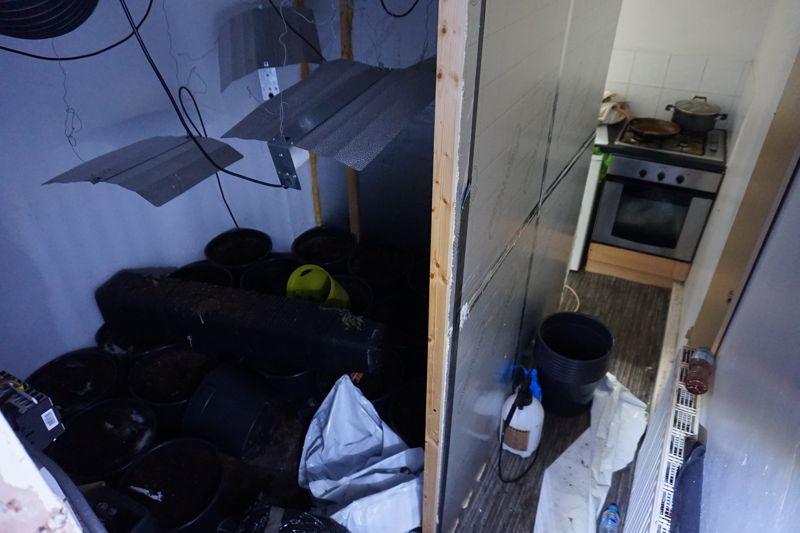 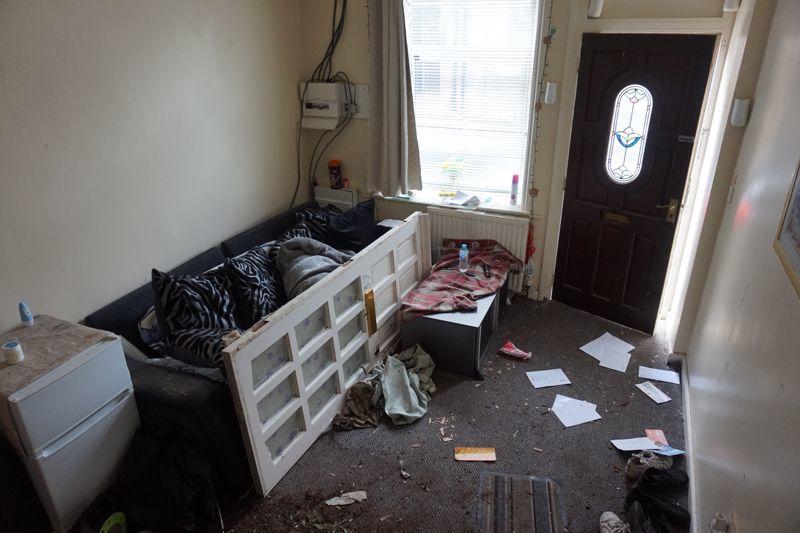 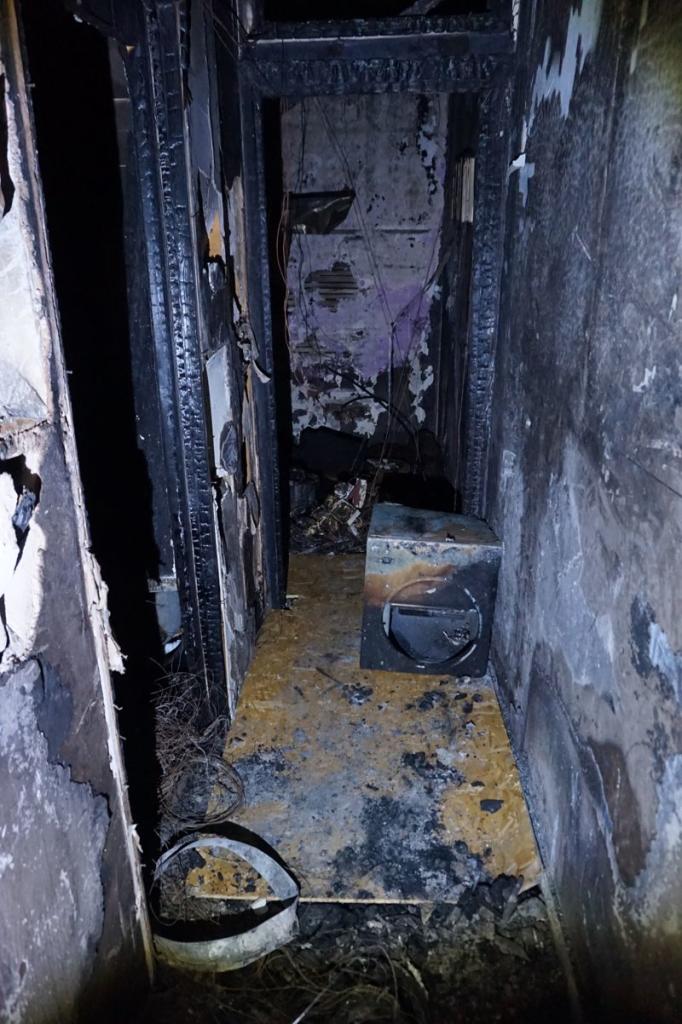 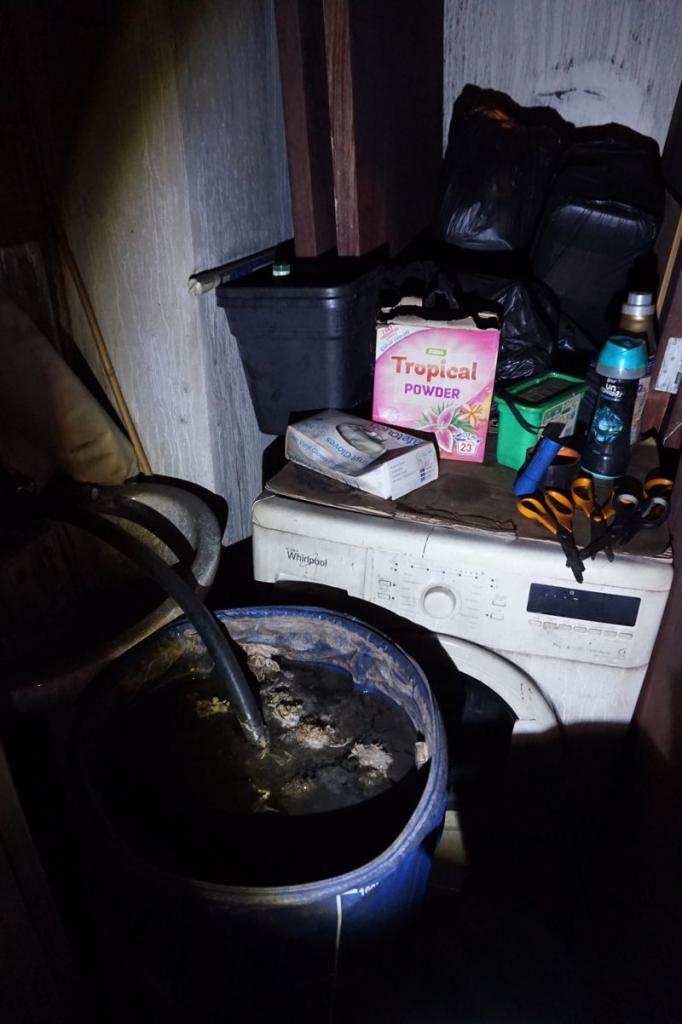